11 things to do in Brussels, Ghent, Leuven, and Deurle plus free tickets to a rocky night out in Antwerp. See you there! 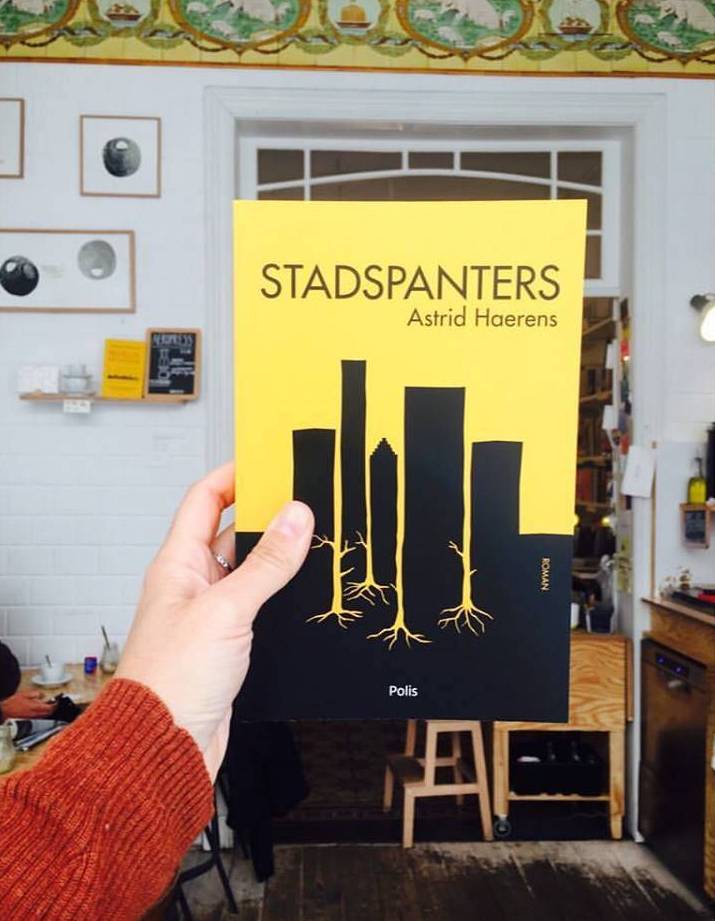 Is there a better combo than books and coffee? Probably not, at least according to the creative minds behind Antwerp’s Buchbar, which brings together just that. As it can be difficult sometimes to find the time and quietness for reading, Buchbar invites you to go on a date with yourself – and the book of your choice, which you can bring along or buy at the bar. Expect tranquility, wine, coffee, tea but above all: uninterrupted reading time. 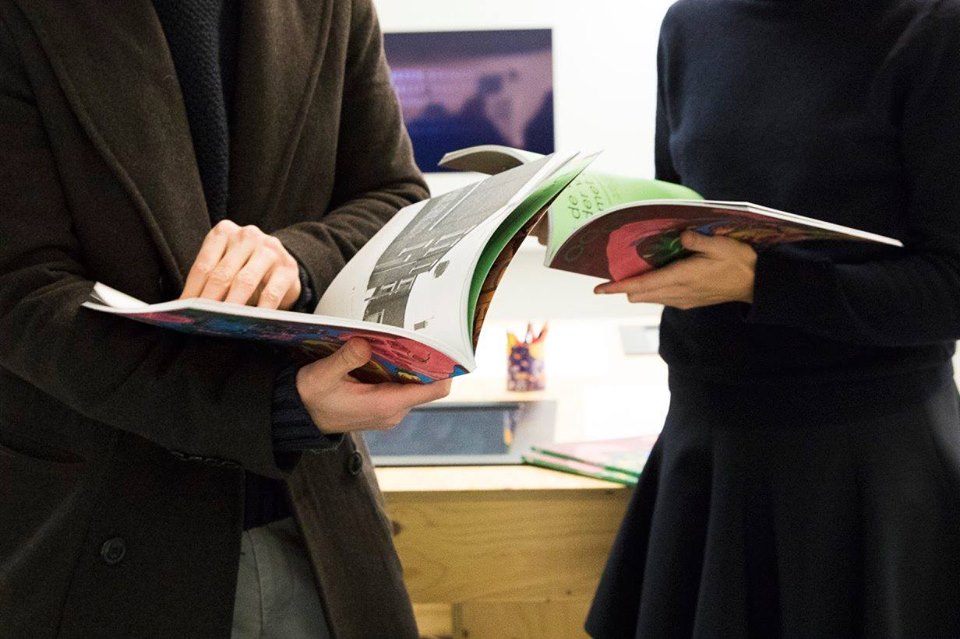 Oogst, Dutch for “harvest”, gathers the best in visual art, literature and film four times a year. The independent magazine, which describes itself as “an exhibition on paper”, celebrates its third anniversary this week with a three-dimensional art show in a non-paper white cube. On view are works by artists who have helped shaping the magazine, from Luc Tuymans, Rinus Van de Velde, and Mark Manders to Kati Heck, Lara Gasparotto and Helmut Stallaerts. Happy birthday! 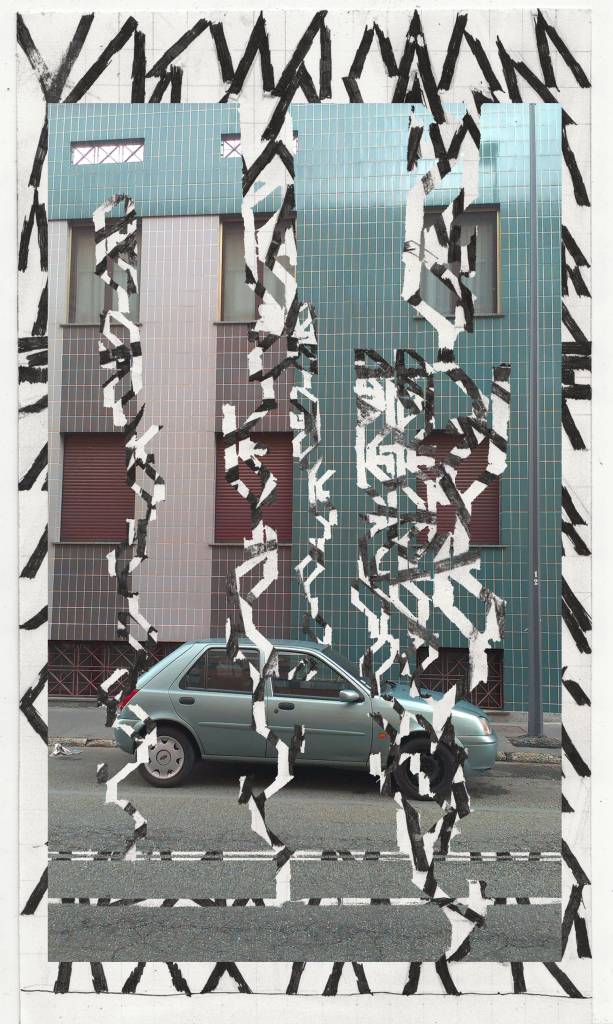 “Victorian Basics and Martian Stories” is not your typical duo show. Czech artist Michael Kohout and Latvian-born Viktor Timofeev not only reveal a few common denominators, but also decided to merge their universes and collaborate on a series of collages and fabrics. Both explore themes hitting that intriguing spot between fiction and non-fiction, blending actual and virtual realities. By the way, it’s the last exhibition in Levy Delval‘s Chatelain space before the big move, so make sure to drop by! 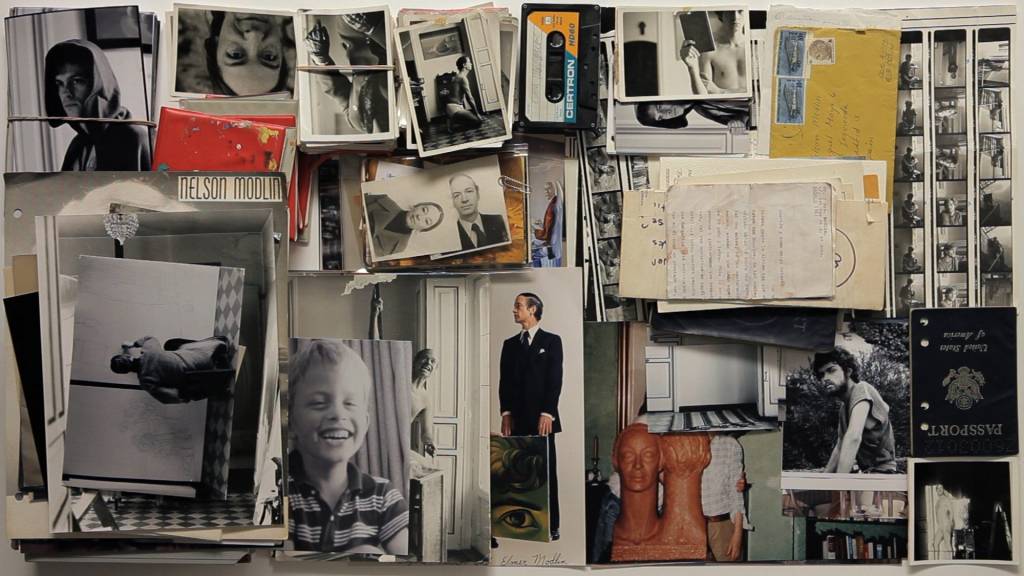 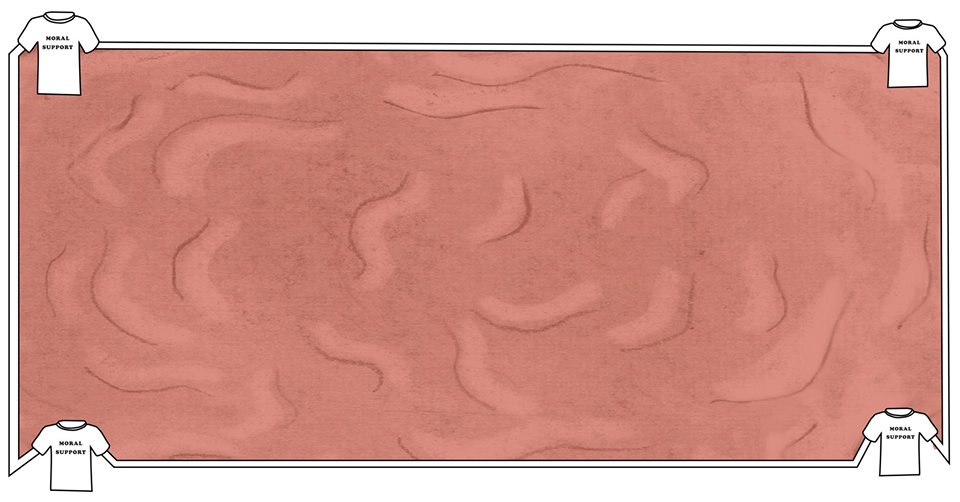 “Thumbsucker’s Delight” is the title of the very first solo exhibition of  Vedran Kopljar at Antwerp’s Trampoline gallery. The young Croatian artist studied painting at Ghent’s renowned KASK. When he won the Studio Start prize a couple of years ago the jury said: “Vedran Kopljar ​​is looking for a visual language in which humor is not unimportant. The artist develops a practice in various media and on this basis knows how to make a coherent presentation. Because his paintings refer to the art-historical relationship between word and image, the jury valued the topicality and freshness in Vedran Kopljar’s work. His presentation allowed all jurors to arouse curiosity about the further development of this artist.” There’ll also be an artsy after party at TRAP. 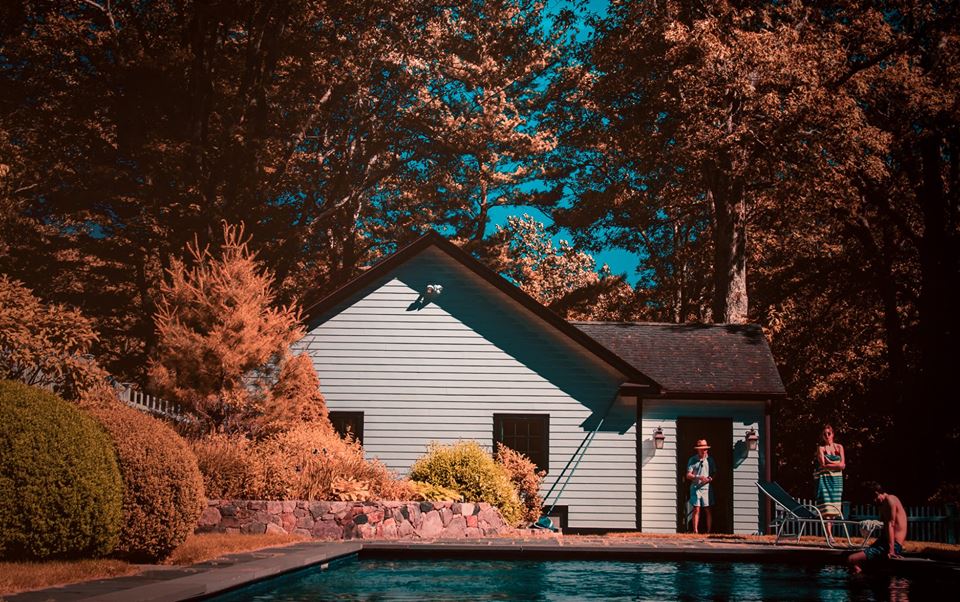 When talking about artistic duos, most people probably think of (married) couples. Memymom is a different kind of art pair: here, it’s mother and daughter who join forces. In “Under Constant Construction” Lisa De Boeck (Me) and Marilène Coolens (mymom) present intriguing and slightly disturbing semi-staged dreamscapes dealing with issues such as metamorphosis and personal identity. This Friday is your last chance to see the show (and grab a drink at the closing party).

Night out: Plein Sud at Kumiko 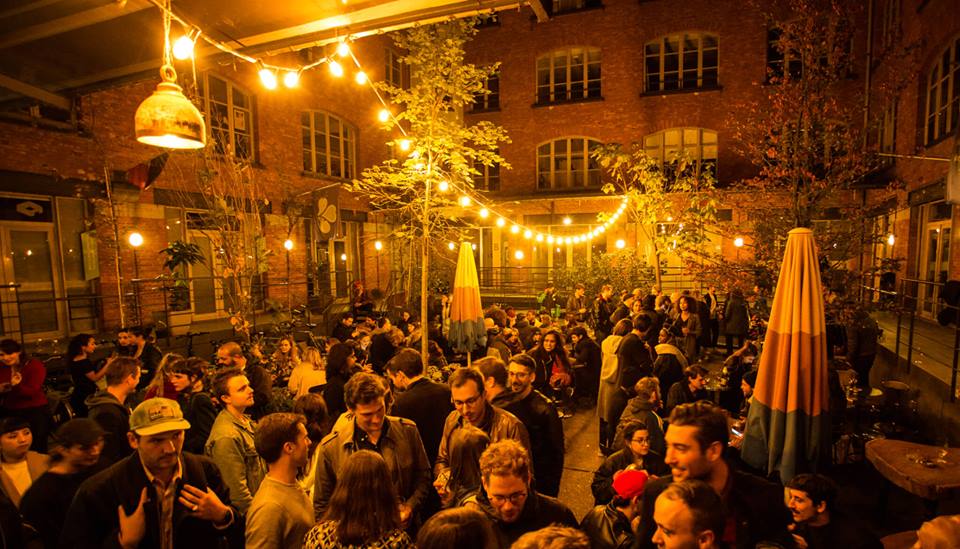 Brussels music initiative Plein Sud is all about bringing like-minded people together through parties, exhibitions, and more, and has especially made a name for itself with its live streams and long drawn-out DJ sets. This Saturday sees the last episode of the winter series at Kumiko with Woody & Dazion behind the decks. 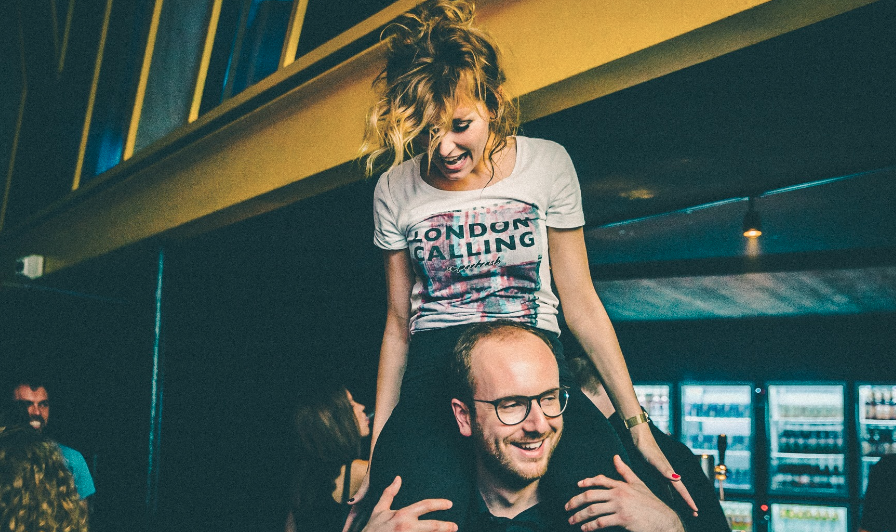 “From a back alley bar to an über hip club, wherever we went, you followed. You danced, you sang, you hugged and you snogged and you showed the world Antwerp still knows how to rock”, says London Calling founder Olli, inviting all indie rockers to a massive birthday bash celebrating the party’s third anniversary. A Strokes tribute band, Brett Summers (indiestyle.be 22tracks.com) and Moshi Moshi will make you dance all night to rocky anthems from Arctic Monkeys and Arcade Fire to The Smiths and Joy Division. Time to undust that greasy leather jacket of yours.

We’re giving away 2×2 tickets for this one: write to sarah@seeyouthere.be stating your favorite indie dance tune in the subject line to enter the contest! 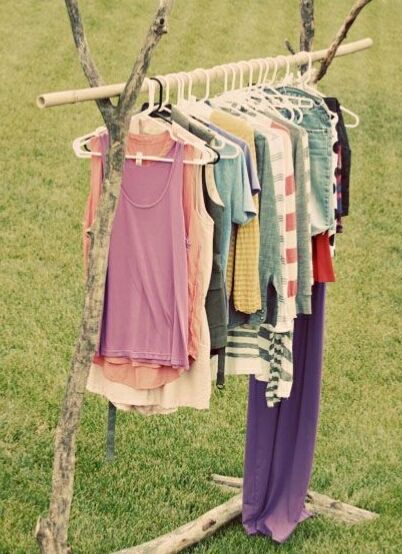 Antwerp’s SNITT is a second hand clothing market of a different kind. Here, everything is possible, from buying and selling to exchanging and donating. Both individuals and professionals get the chance to sign up and run their own one-day shop, and all visitors are encouraged to bring some extra garments along to be able to actively participate and interact. 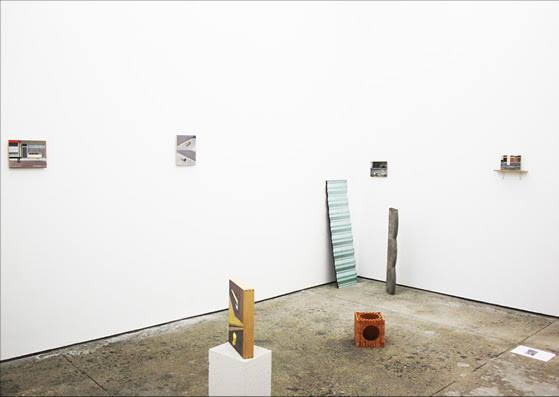 Bank Gallery Projects focuses on exploring spaces, history and social change.”Anything Can B_A Car” presents the practice of Ghent-based artist Karel Verhoeven, who is not bound by a single medium or technique. He’s especially interested in sculptural works based on found objects and artefacts, as for example a collection of photographic images which Verhoeven started in 2009 and since then has developed into an international network with contributions from all over the globe. “It’s growing into an archive mapping human behaviour in relation to public space. The collection of constructions reflects interesting patterns and categories. It indicates a certain level of intuitive artistic practice”, the artist says himself. 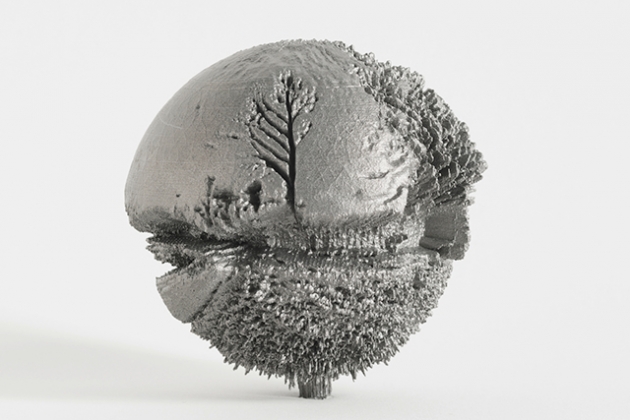 Belgian artist Ives Maes, a KASK graduate, mainly works with photo sculptures and photographic installations, stretching the boundaries of what photography can be. MDD now presents his project “Sunville”, a poetic exploration of the village of Zonhoven, his hometown. He symbolically stopped the documentation in March 2015 after a partial solar eclipse in the area.