The top 5 artists at Poppositions 2017

April is always a busy month for the Belgian art scene. Art Brussels and New York’s Independent fair attract collectors, gallerists and artists from all over the globe, and, as always, a large number of side events and off-fairs. One of them is Poppositions, now in its 6th year, which wants to offer an alternative to the mainstream art circus. Here are our top 5 from the 2017 edition! 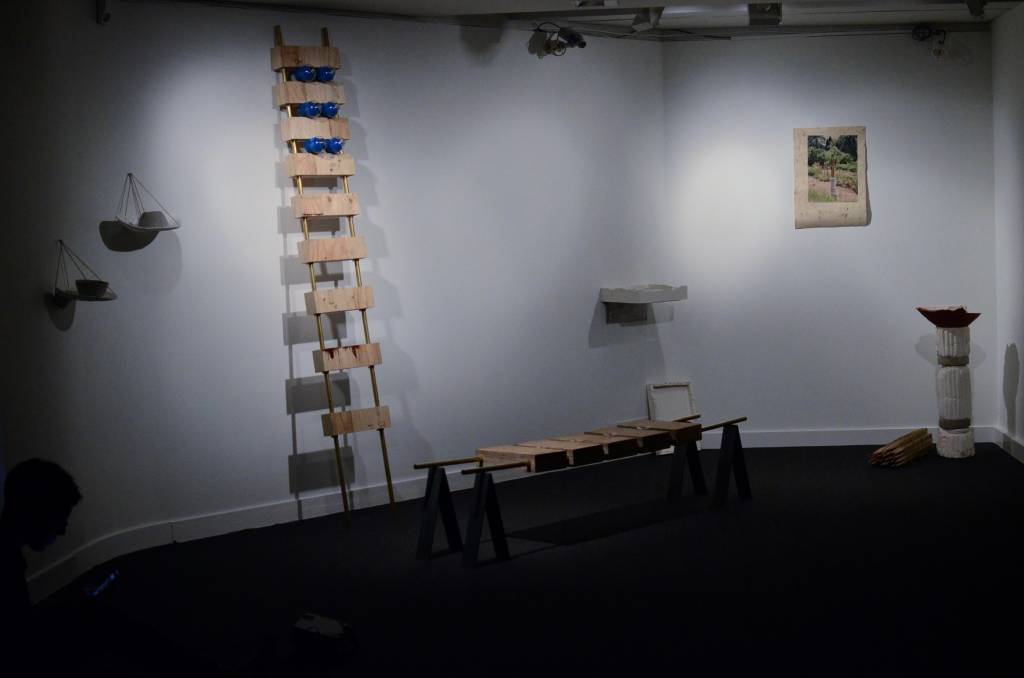 Virginia Gamna, a young Italian artist living in Paris, mainly works with sculptures, focusing first and foremost on the process of creation: “As an incontestable starting point of my practice, the actual technique of making a mold is the basis of my sculpture work. More than just a simple way to repeat a form, it’s a certain way of thinking capable of questioning the line between the representation of an object, its function and the process of its creation”, says the artist. All her pieces presented at Poppositions under the title “Time Matters” are cracked or broken, representing the fragility of the human being. 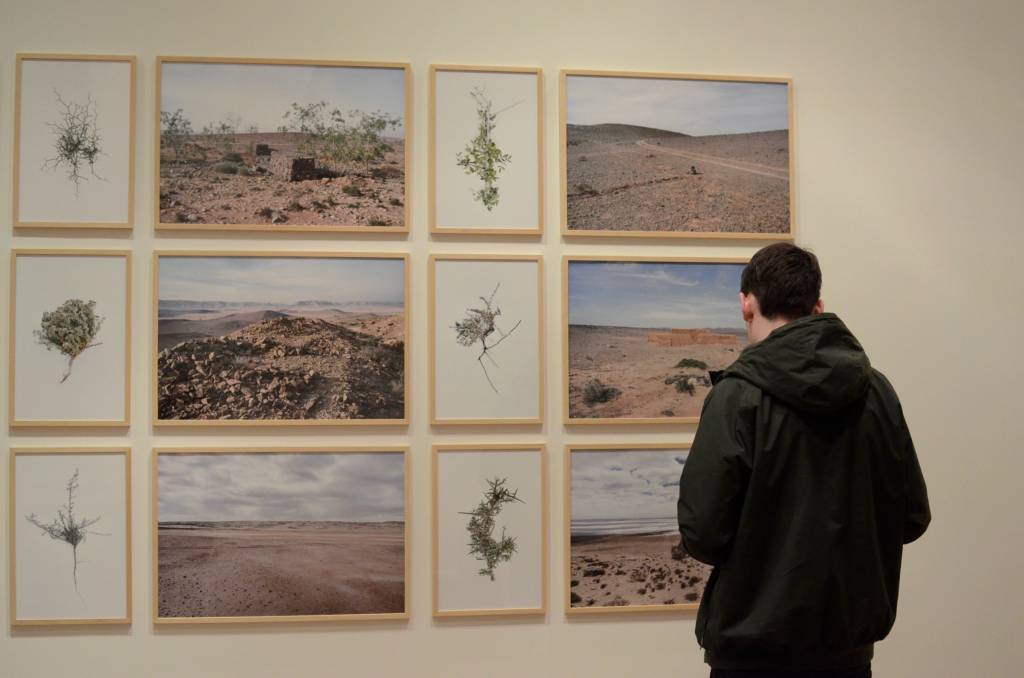 The work of Moroccan artist Abessamad El Montassir attempts to open a discussion about territory as well as political, cultural, social and individual resistance. With “Al Makine, une cartographie des vies invisibles”, he explores the relationship between the Saharawis and their territory in the Sahara region south of Morocco. “Al Amakine” fittingly stands for “the place”, and is based on stories that have survived by oral transmission through generations but haven’t been considered as part of official history or a specific location. El Montassir has been collaborating with historians, anthropologists and natives from the region to create a new cartography that includes photographs, sound devices and local plants. 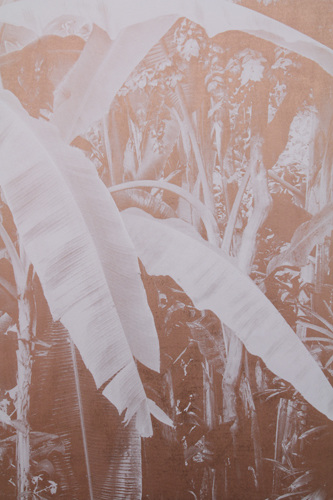 Roman Moriceau is an artist who plays with perceptions: his exotic works are attractive but when you look closer, the reality is less beautiful. We’re living in a society where we believe that elsewhere must be better and the artist is tempting us with it. At Poppositions, Moriceau presents “Tristes Tropicos”, consisting of visual works and an installation playing the sound of singing birds. While at first glance these pieces evoke a kind of paradise we all dream of, it all collapses with closer inspection: the birds as well as pictured palm trees are both endangered or extinct. To create his artworks Moriceau uses car oil, copper, and food products, mixing up pollutants and natural elements, reinforcing his politically and environmentally relevant message. 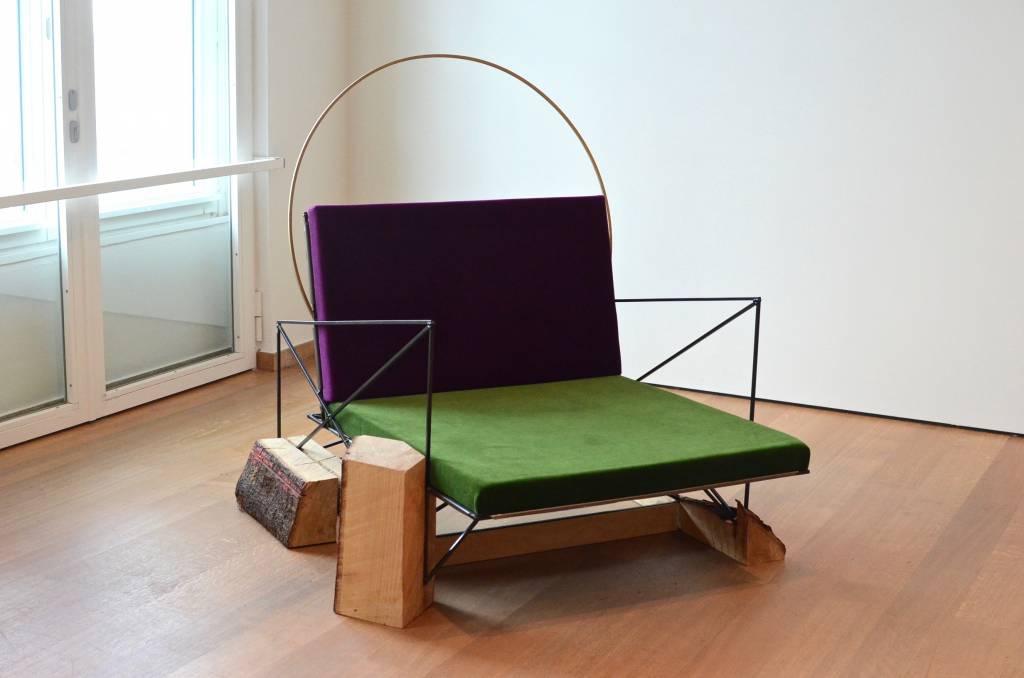 Through his work, Swiss artist Flurin Bisig questions the definition of the truth and its interpretation. He considers each of his artwork a speech, a story that a person tells from a subjective point of view, raising the question: What is truth? Not easy to answer. 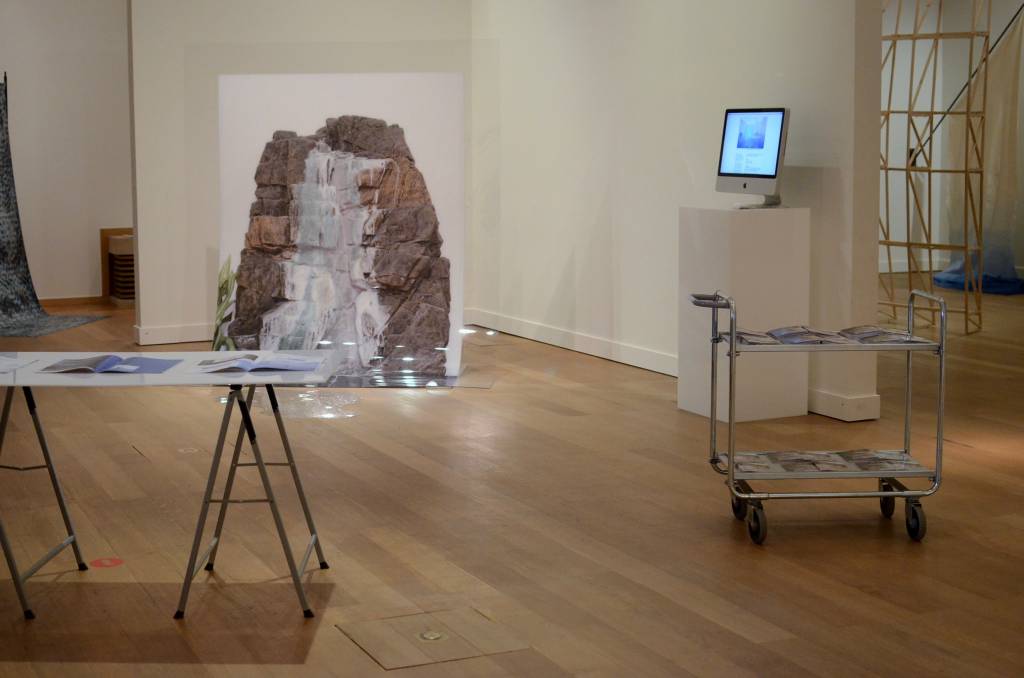 Kristina Ollek works across multiple media and examines the relationship between an original and a copy, inspired by our contemporary image culture.  The Estonian artist gives a lot of importance to the format of an exhibition and how it affects the pieces of her work. Accordingly, “When you have the object itself in front of your eyes” is based on the idea of three exhibitions moving between a physical space, a virtual one, and a publication.