The week in Belgium from 1 to 7 May

Antwerp, Brussels, Ghent, Leuven: our selection of things to do in Belgium this week. See you there! 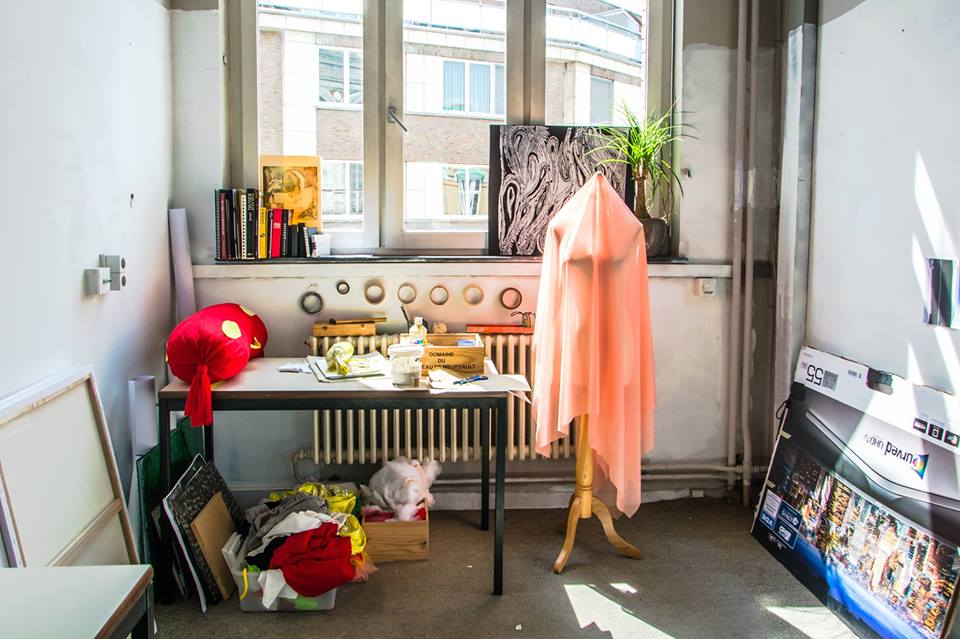 BAC Atelier, located in the former Institute of Bacteriology, hosts workspaces and studios for artists. This week it opens its doors to the public, giving you the chance to meet the artists, get to know their work, enjoy a drink, music, a performance by LUCA Drama, and more. With Sarah Van Marcke, Bram Van Breda, Pauline Durand-Wietzel, and many others. 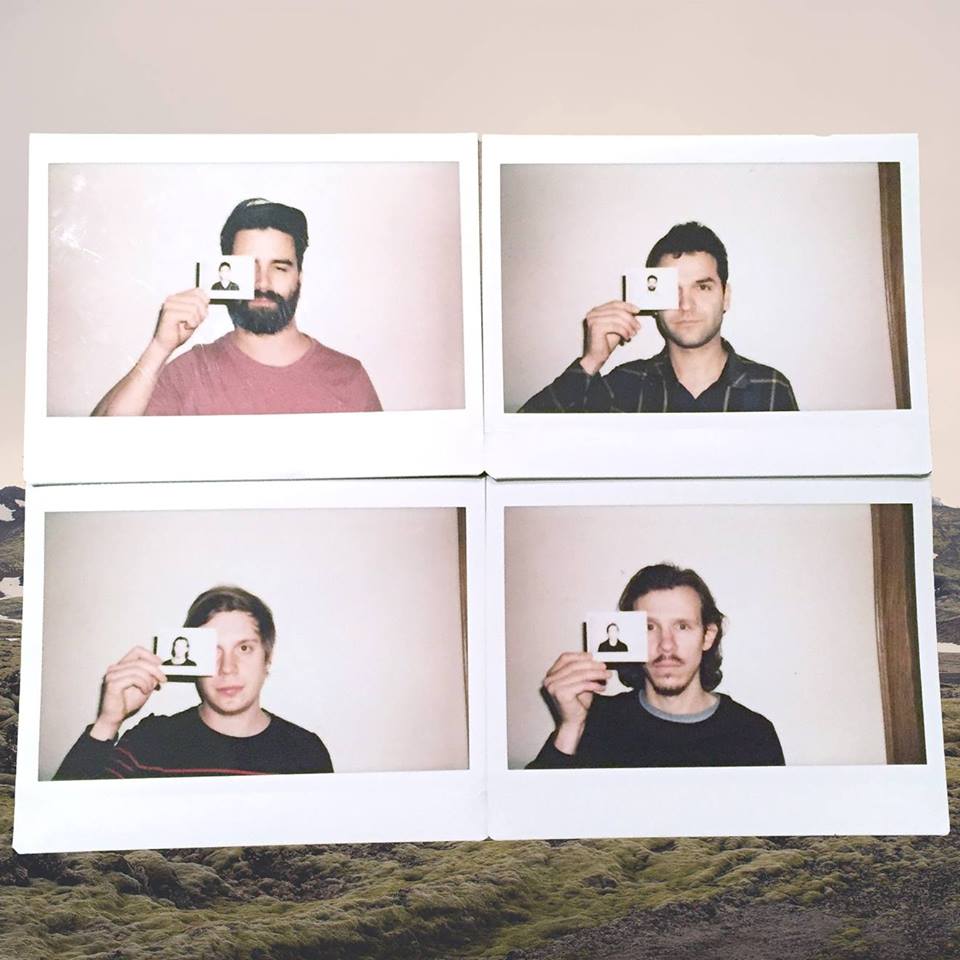 Less than a year after the release of their last album “Coast to Coast”, Belgian band Recorders is already back with a brand new EP: “I’m Losing My Mind But I’ll Do Without” just hit the shelves a week ago, unveiling an intimate and forceful indie pop touching upon eclectic inspirations from Glass Animals to Frank Ocean. See the four-piece live on stage at Brussels’ AB this Friday!

Opening: Betwixt and Between at Braakland 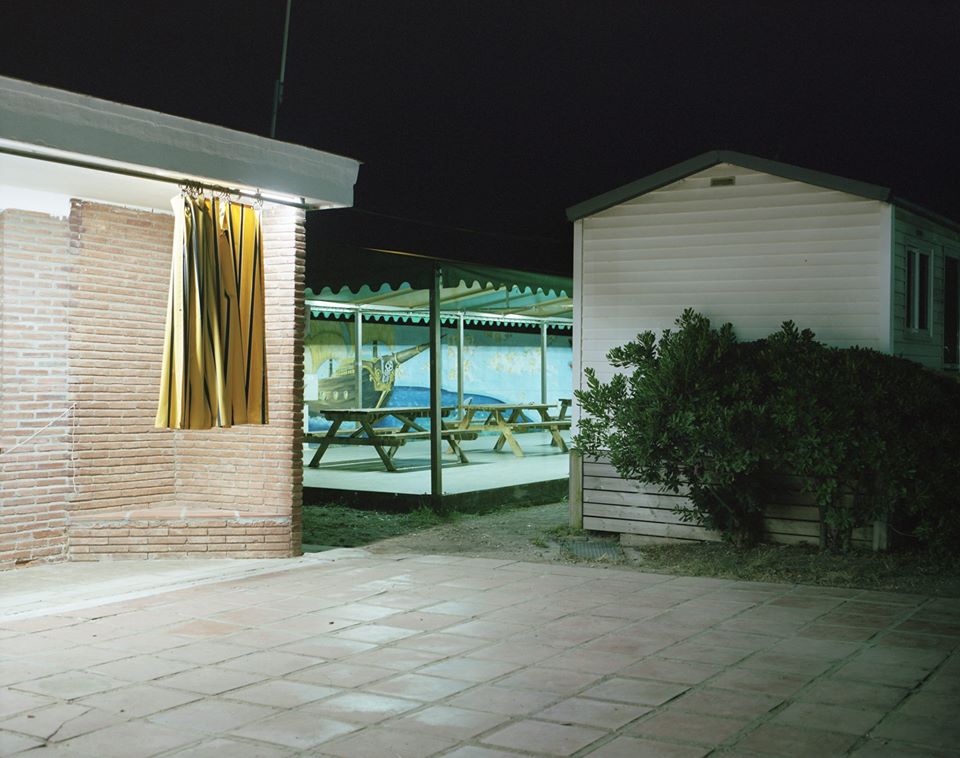 The group show “Betwixt and Between” deals with voluntary and forced migration, the impact that it has on a person’s identity, and what it feels like to be between two (or more) cultures. The five exhibited artists explore the subject with various media from photographs and sculptures to artefacts. With Nadine Hattom, Ana Janeiro, Maha Maamoun, Valentina Stellino, and Malika Squalli.

From 5 to 6 May Brussels 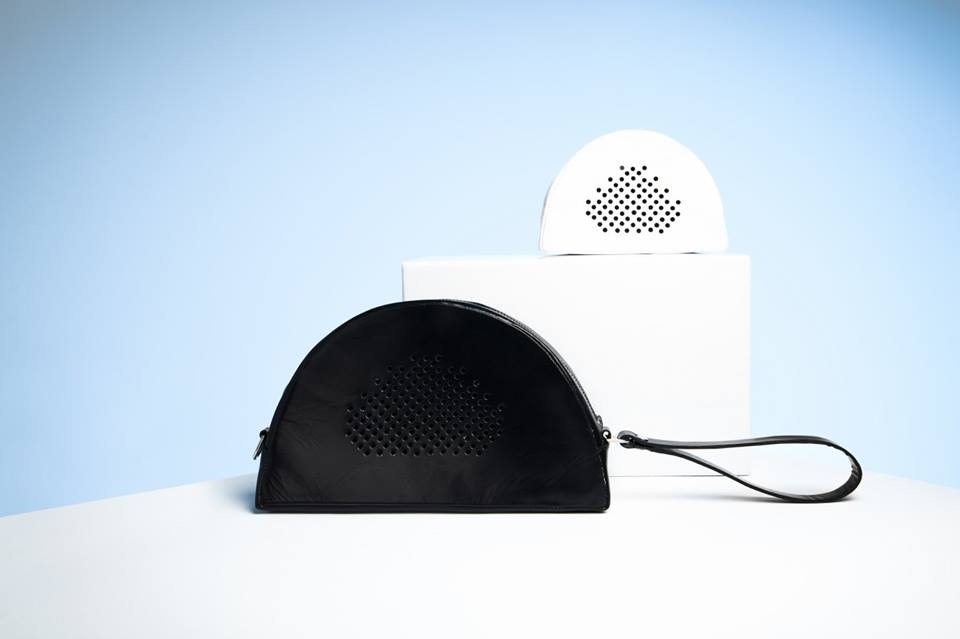 This weekend’s the perfect opportunity to update your wardrobe for the upcoming summer season: as every year Brussels’ fashion and design center MAD organises a two-day shopping frenzy with Belgian designer pieces at reduced prices. Get your hands on creations by David Szeto, Gioia Seghers, Rue Blanche, and many others. 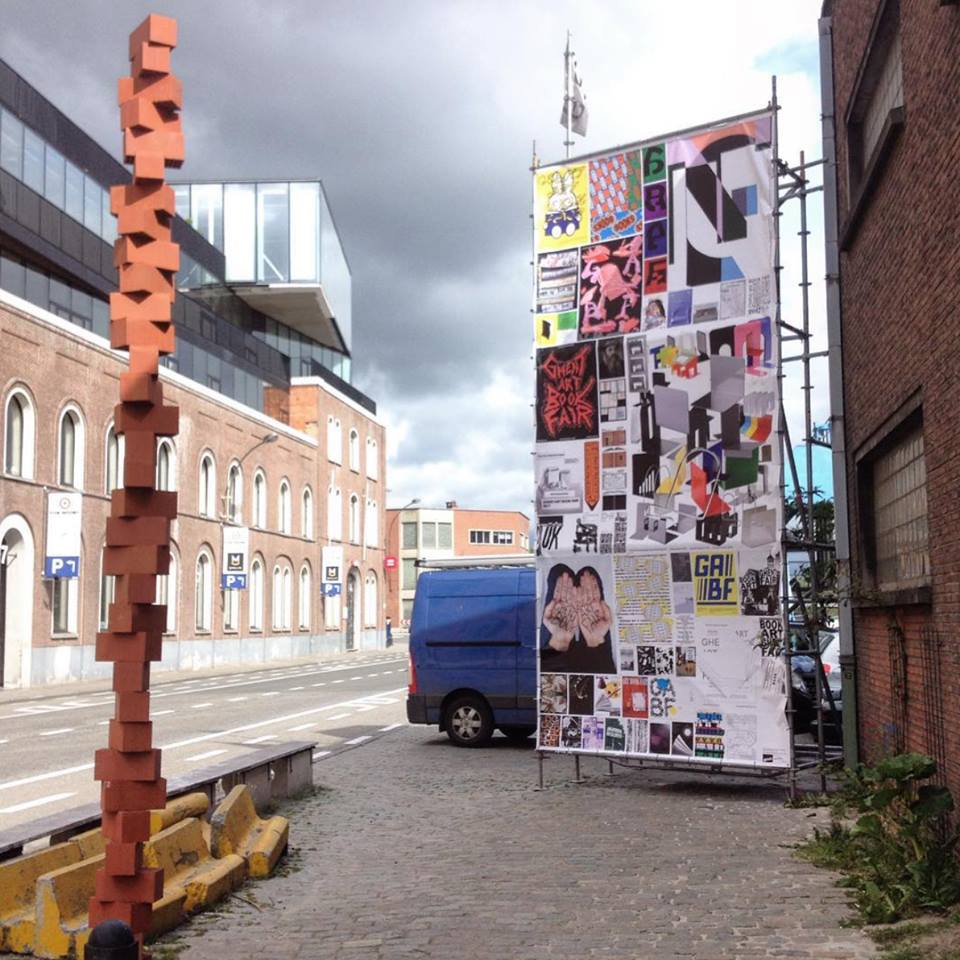 A paradise for book and art buffs: this weekend over 45 Belgian and international publishers come together at 019 in Ghent’s gritty-cool dock area for a two-day art book fair. Check out the multifaceted program which includes book launches, lectures, performances and exhibitions here. 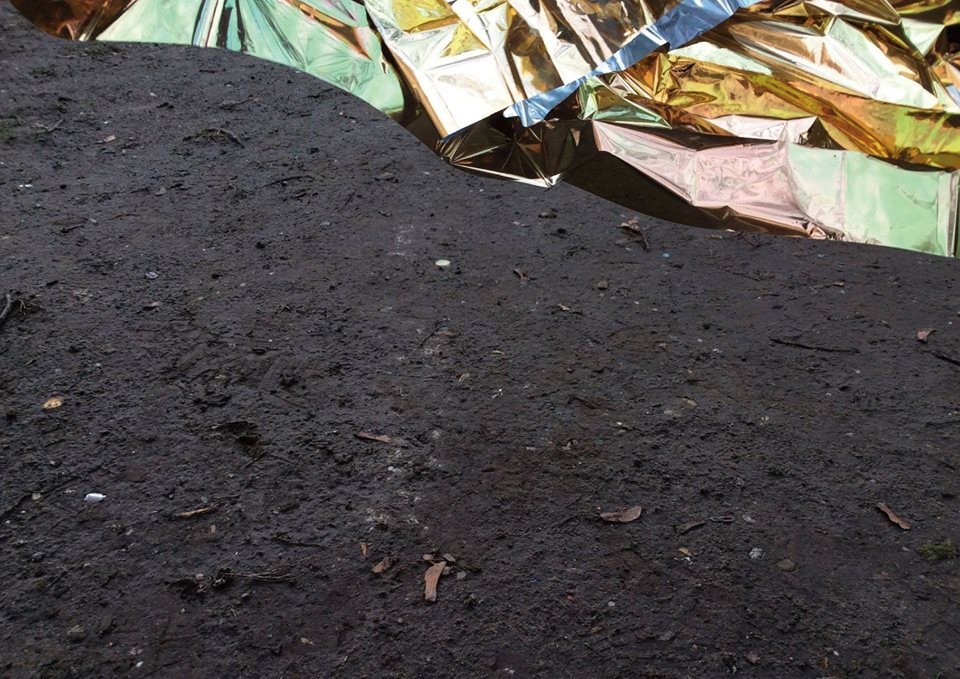 Every May Kunstenfestivaldesarts brings together theatre, dance, performance and visual arts in an exciting mix, taking over venues and original locations all over the city. Come celebrate the opening of this 22nd edition at art center and architectural gem Wiels with performances, drinks and lots of music. 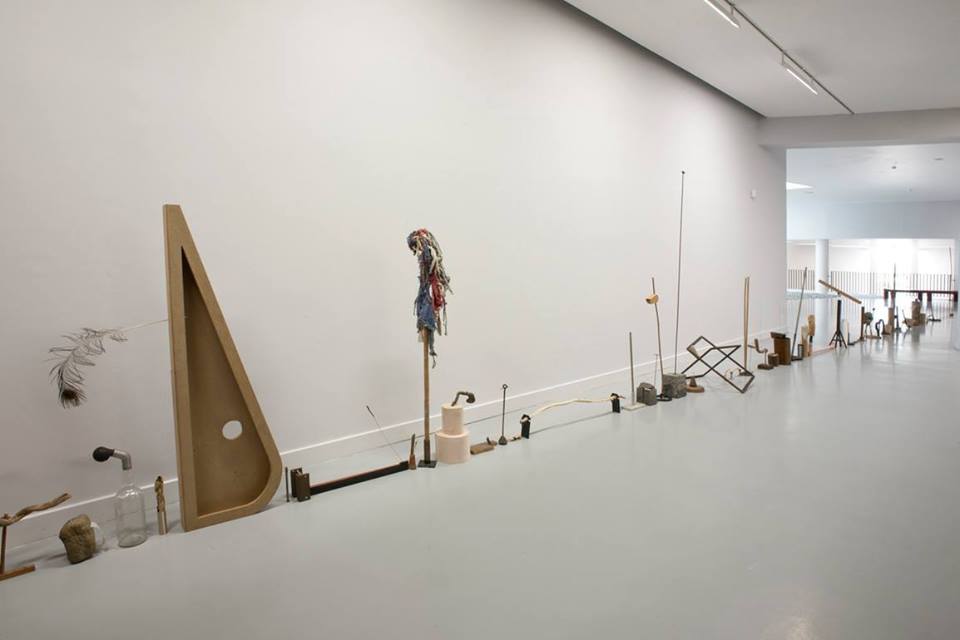 Artist-run NICC invites you to the opening of a solo show by Antwerp artist Guy Rombouts, who’ll be there personally to talk about his fascinating practice. Blurring the boundaries between words and objects, he is inspired by the idea of having objects speak for themselves. Rombouts is probably best-known for the Azart alphabet, a line-based alphabet allowing words to take on an endless array of two- and three-dimensional shapes. 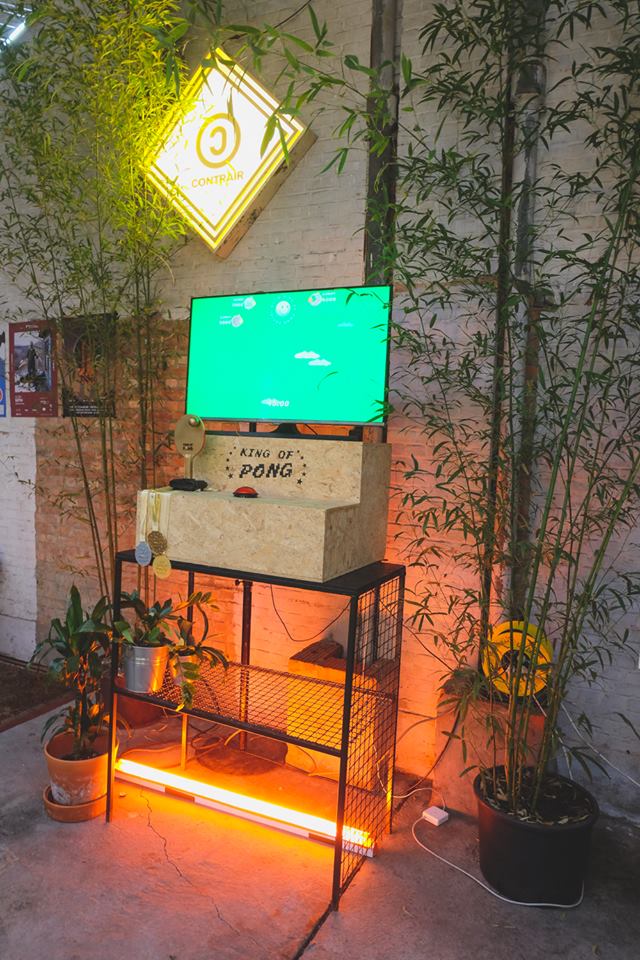 We’re not really sure what King of Pong exactly stands for, except that its members like to play ping-pong in the dark, with black light. Anyway, they seem like a pretty cool bunch, and starting this week they’re taking over a former supermarket for the summer, transforming it into a hangout offering all kinds of events, parties, and, of course, ping-pong. Check it out at the grand opening weekend this Friday and Saturday.