What’s on in Belgium this week: summer exhibitions in Sint-Martens-Latem and Veurne, print is not dead in Kasterlee, a music festival under a motorway, rooftopping in Brussels, and much more. See you there! 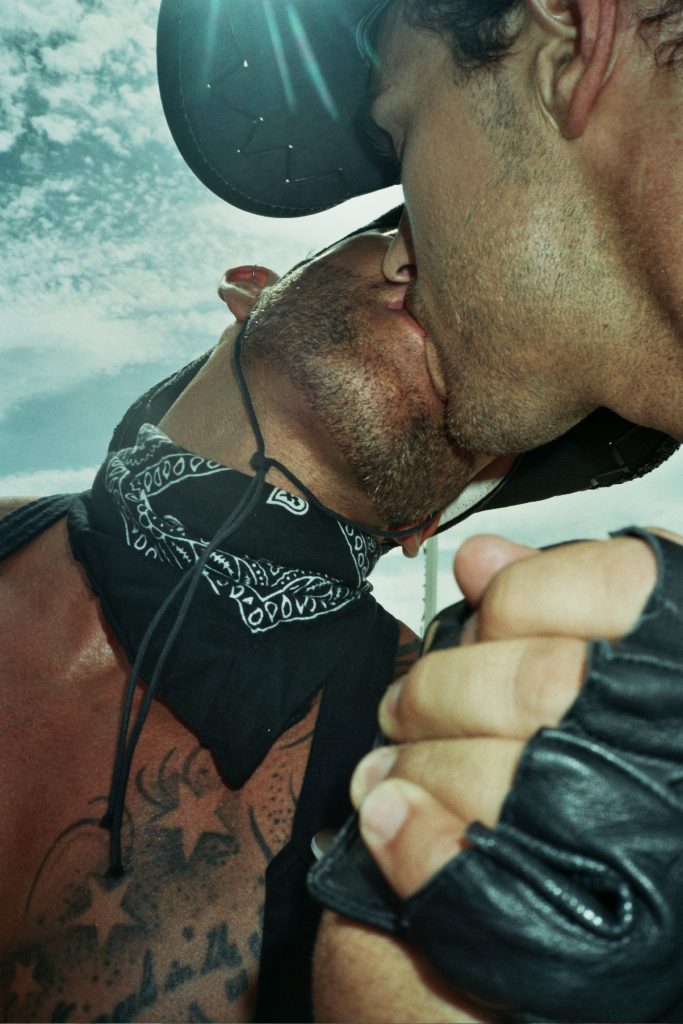 Murielle Victorine Scherre is someone who definitely deserves to be described as a veritable multitalent. She’s the creative mind behind alternative lingerie brand La fille d’O, published several books, djs, and also made a porn film based on a realistic approach displaying real couples having real sex. But that’s not all: Murielle has also taken up photography, quickly developing her own specific style which is, like all her projects, raw, authentic, and tender at the same time, and you probably have come across quite a few of her captivating images here on this site. Opening this week is an exhibition showcasing Murielle’s photographic work at Zwartwit, a series that was shot with an analogue camera during the Wecandance festival 2018. 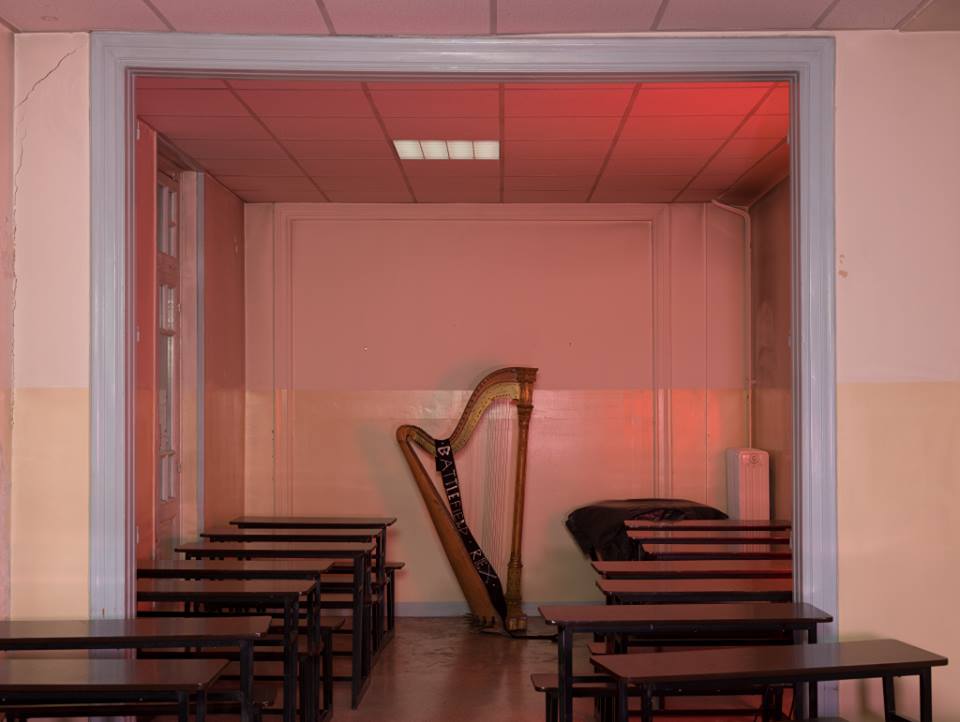 If you haven’t seen the show yet, make sure to stop by KRIEG art space in Hasselt, who currently presents a solo exhibition by Canadian artist Margaret Haines. “Battlefield ReX” can be understood as a sculptural mood board for the artist’s forthcoming book: “On Air: Purity, Corruption and Pollution”. Book and exhibition are the result of nearly a decade of research into the life and work of eccentric Los Angeles artist and occultist, Marjorie Cameron (1922-1995). 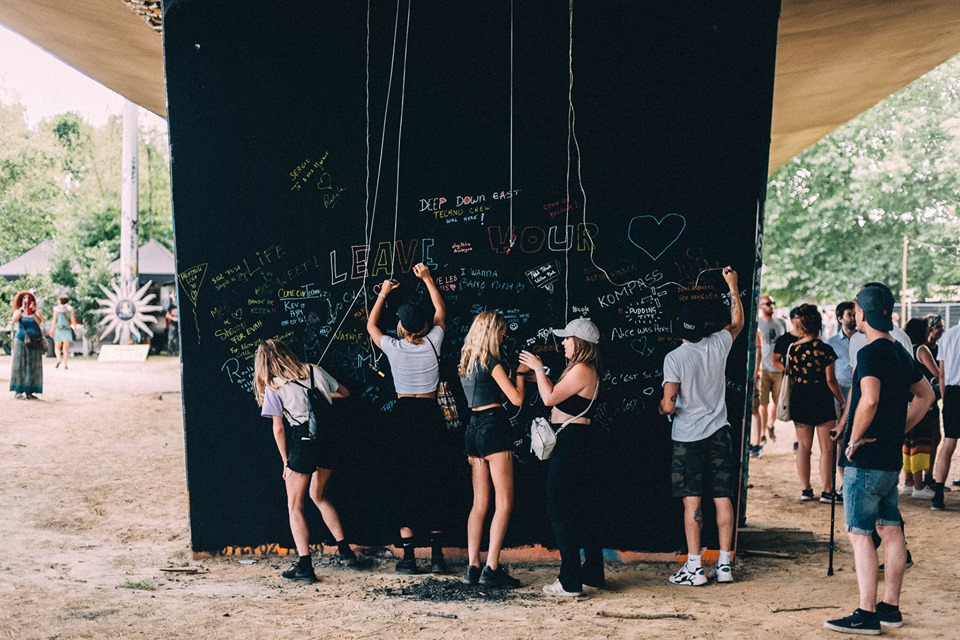 For the third summer in a row, legendary techno club Fuse has decided to leave its headquarters in the Marolles for a day-time outdoor music bash under a motorway in Anderlecht. Crossroads offers carefully curated electronic music under the Belgian sun – the perfect Sunday recipe. Featuring graffiti walls, definitely no fireworks, Nicolas Lutz, Onur Özer, Smallpeople, The Ghost, and many others. 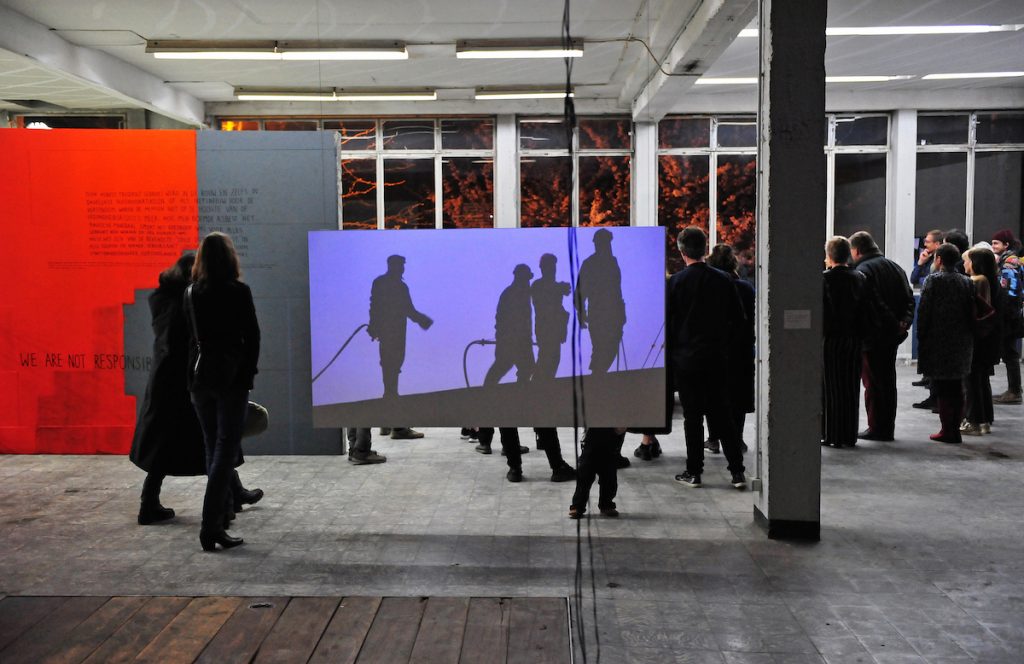 Who says art can’t be political? “Deadly Affairs”, on view at Antwerp’s Extra City Kunsthal, addresses pressing issues of today such as environmental injustice, human impact on our planet in general, and the excessive and expanding modes of extraction, production, and disposal necessary to support the economic growth inherent to the modern, and particularly Western, societies. Heavy subjects indeed, but they couldn’t be more timely. Featuring works by Boris Anje, Daniel Lambo, Franziska Pierwoss, Neda Saeedi, and many others. 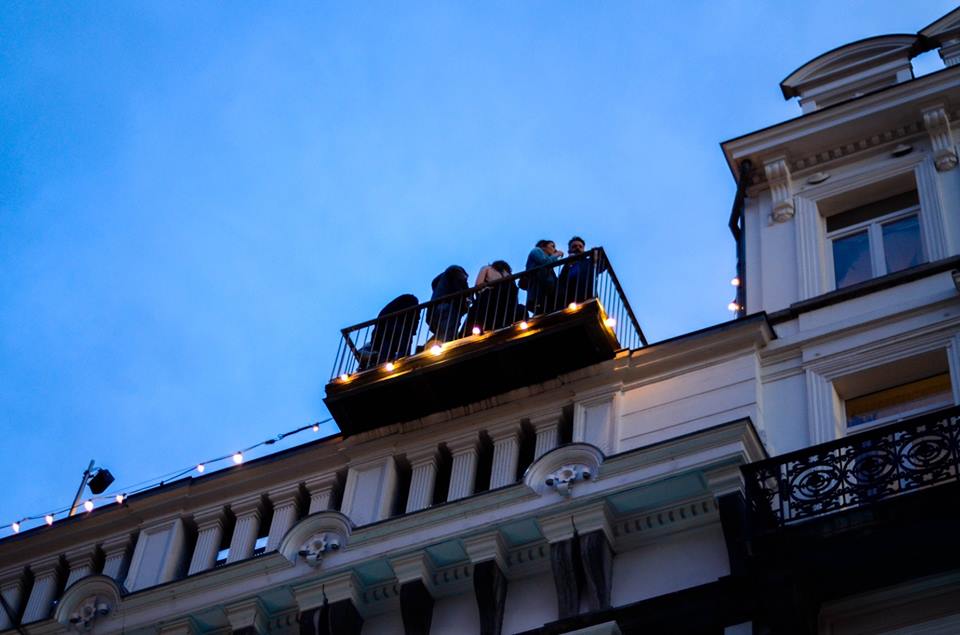 There are many many reasons to go to Brussels’ Beursschouwburg from great concerts to memorable parties and interesting performances. During the summertime, one more is added to the list: its amazing open air rooftop terrace with a view over the city. Already closes again on 30 June, so hurry up! 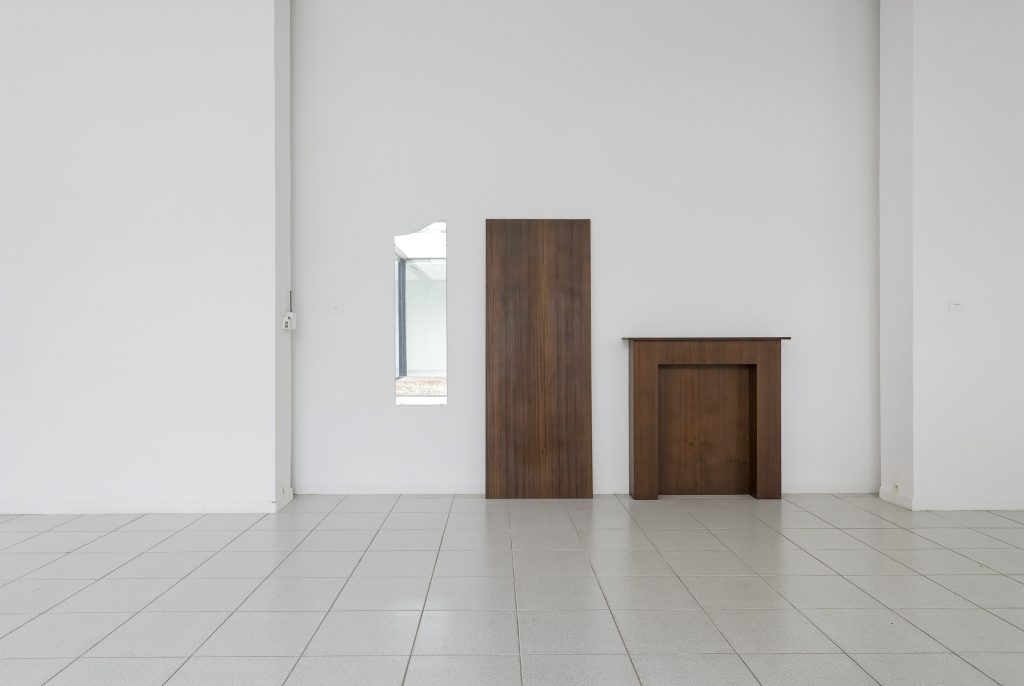 While many art spaces close down during the summertime, MDD, located in the middle of the Belgian countryside not far from Ghent, invites art fans to a special summer exhibition. The show puts key pieces from the museum’s permanent collection into dialogue with works from several private collections. Interestingly, the exhibition also includes a number of reproductions of top international works from private collections by artists such as Christo, Gilbert & George, Mike Kelley, Bruce Nauman and Andy Warhol. Accordingly, Schöne Sentimenten is no classical presentation, but rather an imaginary look at a wealth of possibilities, inviting viewers to reflect upon the future of the museum. Featuring works by Constant Permeke, James Ensor, Thierry De Cordier, Matt Mullican, Thomas Schütte, and others. 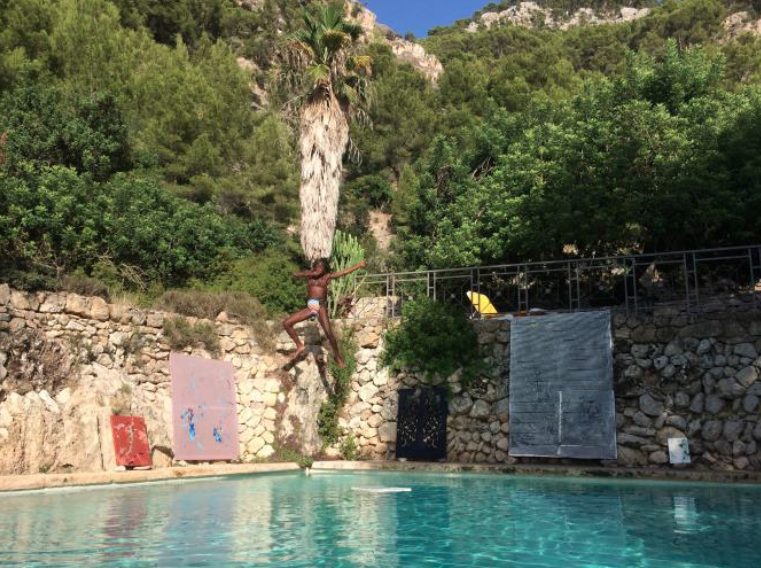 Another noteworthy summer show opening this week is “Scenario of Desire II” at Emergent art space in Veurne, located in close vicinity to the Belgian coast. It consists not only of a duo show featuring the artistic universes of Dutch artists Koen Delaere and Bas van den Hurk, but also a group show curated by the two, which has been conceived together with curator Roxane Baeyens “as a counterweight to the volatility of photos you scroll through online, works of art that insist on touching the world and being touched by it”. With works by Australian artist Matthew Allen, UK-born Julie Cockburn, and many many others. 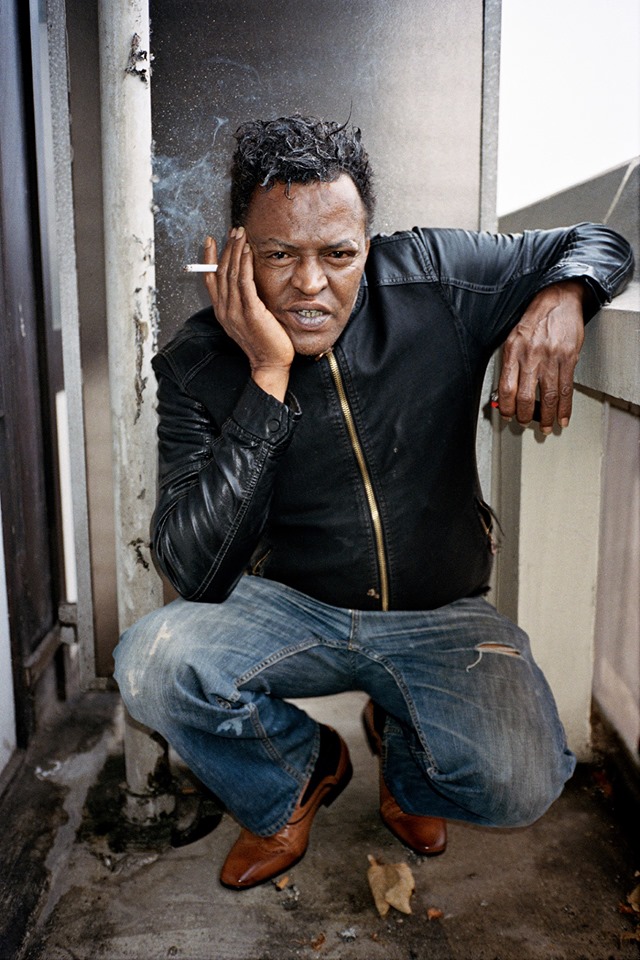 Opening this week at RIOT in Ghent is an exhibition by Belgian photographer Vincen Beeckman based on a project he’s been working on since 2002: “Cracks” portrays a group of homeless people who Beeckman has built a relationship with over the course of five years. After having realized that he as a photographer could never become an equal member of that family, he gave them disposable cameras, letting them document their own lives. The result are images of a rarely achieved honesty.

Opening: a new pavilion at the Frans Masereel Centrum 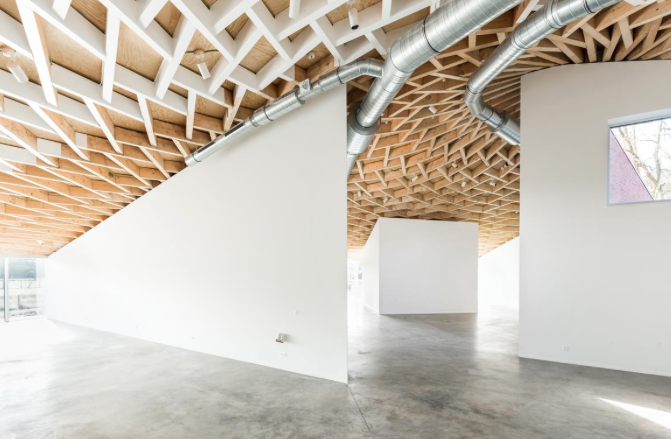 Print is not dead: the Sunday Kasterlee’s Frans Masereel Center invites you to inaugurate its beautiful brand new pavilion of 420 square meters dedicated to print and graphic design. Fittingly, the opening party is accompanied by the fifth edition of the annual Print Art Fair, where artists show and sell their work. In addition to books and other publications, editions will also be available. At the same time, visitors can discover the group exhibition WMDYWTL? (Which Mirror Do You Want to Lick?), which playfully explores the real vs. the fictional, demonstrating how our reality consists of multiple realities. With Spınal Tap, Nat Tate, TN, Clinton York, Jos De Gruyter & Harald Thys, Leen Voet, Marcel Broodthaers, Guillaume Bijl, Adrien Tirtiaux, Jef Geys, Gerard Herman, students KASK Gent & Van Rietveld Amsterdam, and many others.