The week from 25 November to 1 December

10 things to do from exhibitions and concerts to art happenings, film screenings and more in Brussels, Antwerp, Ghent, Namur & Tierode. And most importantly a huge protest this Thursday against the Flemish culture cuts!! Be there: https://bit.ly/2OqOz56 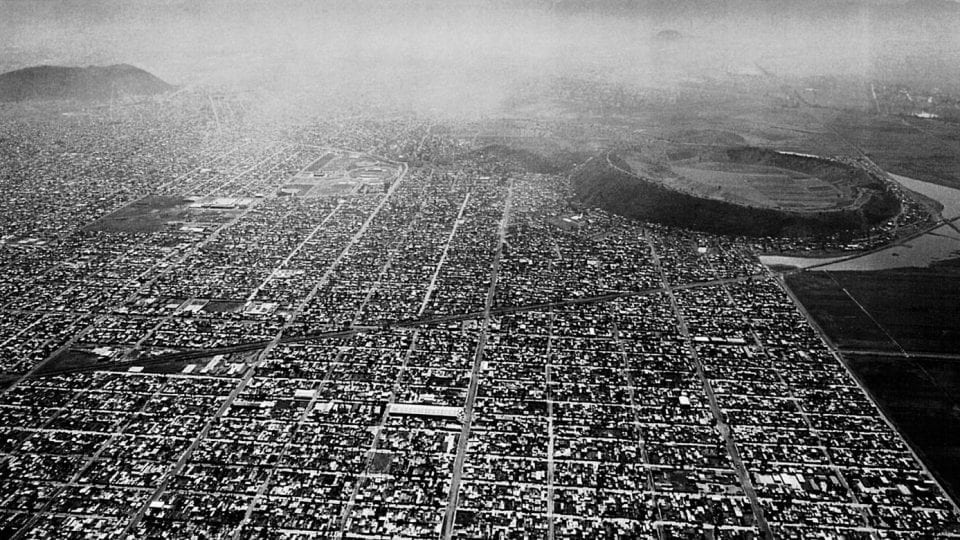 Joseph Beuys, Gilbert & George, Panamarenko, Marcel Broodthaers – these are only some of the high-profile artists that Balthasar Burkhard has had in front of his lens. The exhibition opening this week at Botanique looks back on the four-decades-long career of the Swiss photographer. Besides chronicling the Bern art scene in the 60s, his wide-ranging oeuvre also includes landscapes, nudes, animals, portraits, and urbanism. Burkhard is best-known for his poetic black and white images in huge dimensions which he often developed and printed himself. Until 2 February at Brussels’ Botanique.

Protest: Make some noise against the Culture Cuts at the Flemish Parliament 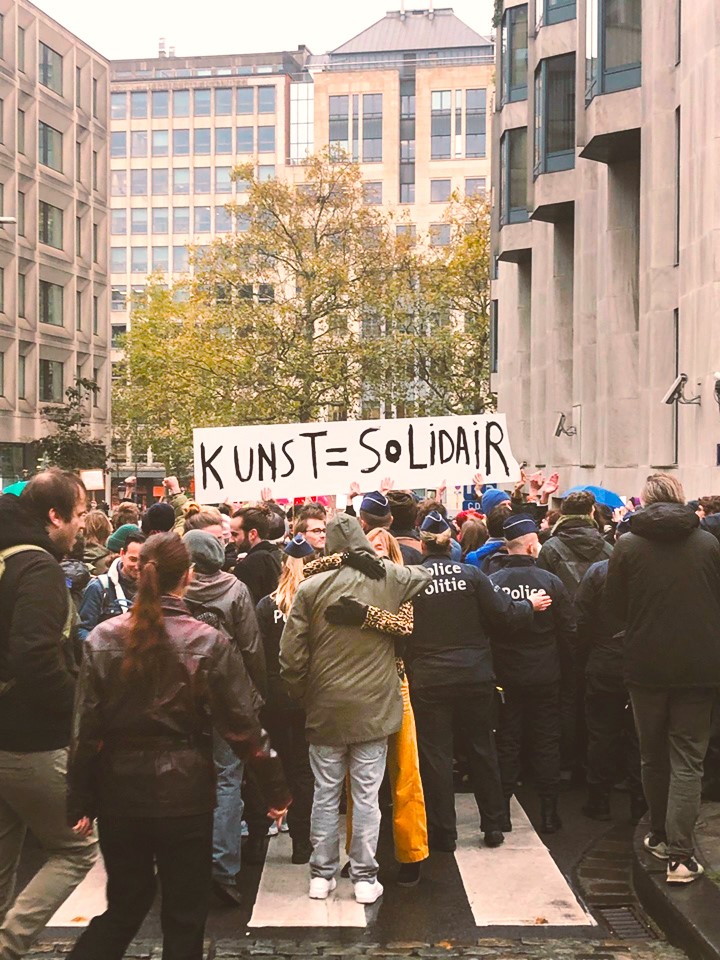 The announcement of the Flemish government to cut the Flemish culture budget by a deafening amount of 60%, has caused not only immediate outrage but also immediate counteraction. The continuous efforts to develop structures and working methods to fight against this unprecedented, implausible and frankly dangerous measure (because what is a society without art and culture?) manifest themselves this Thursday in a major protest in front of the Flemish Parliament. Everyone (everyone!) is invited to show up and make his or her voice heard – we need to understand that this goes far beyond the artistic communities of the country. An attack of this magnitude on culture and the arts are an attack on a certain way of life and integral components of a free, democratic society.

And as 019 so vividly encapsulated: “From the Flemish Masters to the young artists on the programme of the arts festival in your neighbourhood: artworks are made by artists that need to eat, sleep and buy paint to create, experiment and grow to success. Project subsidies are a crucial stepping stone for them, but blind budget cuts threaten to push a whole generation into precariousness. There will be no excellence without investments, no vibrant, diverse and internationally relevant cultural scene without proper support.”

So, see you all tomorrow: 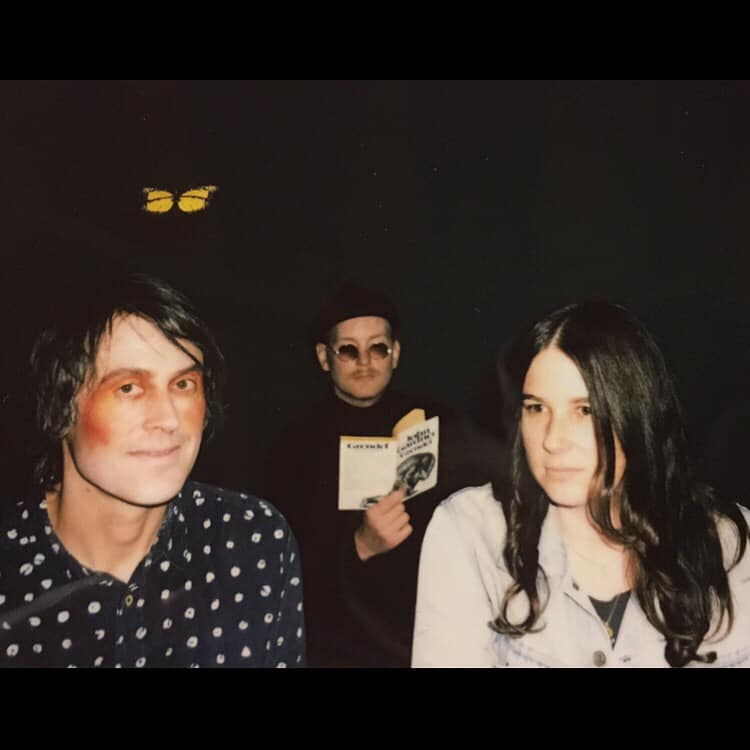 The Canadian duo made up of Amber Webber and Josh Wells captivates with lush psych-folk soundscapes elevated by Amber’s ethereal voice. Lightning Dust will present its most recent record “Spectre” this Thursday at Het Bos in Antwerp. Not to miss.

Wallonia and Brussels have a thriving but often underrated architectural scene. Fortunately, L’Institut Culturel d’Architecture Wallonie-Bruxelles (ICA) is opening its doors this week to stimulate connections not only within the scene but also between its actors and the general public. This Thursday, everyone’s invited to the screening of a fascinating documentary about Swiss architecture legend Le Corbusier by Gilles Coudert at Caméo in Namur. More about ICA here. 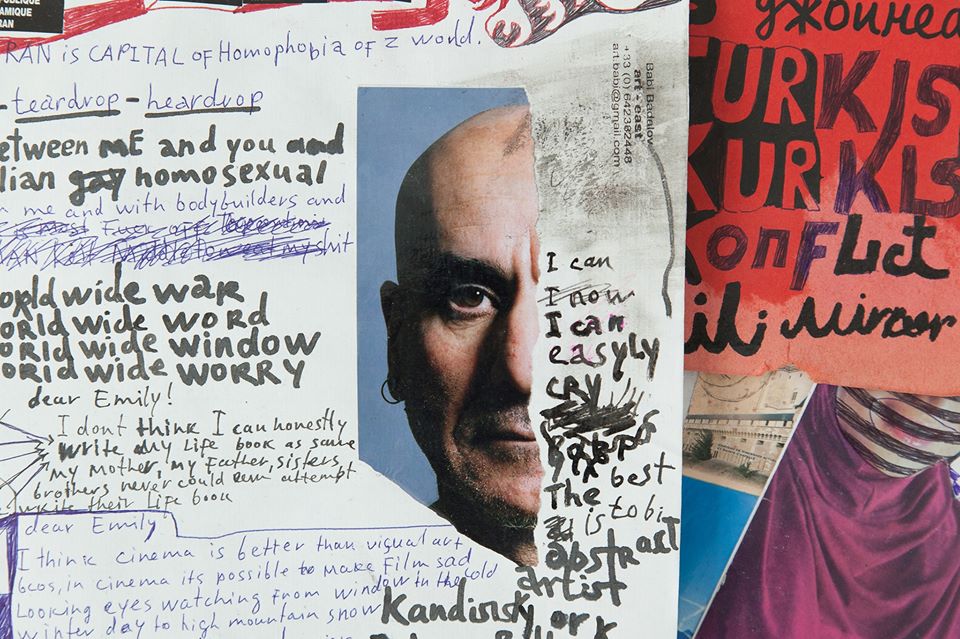 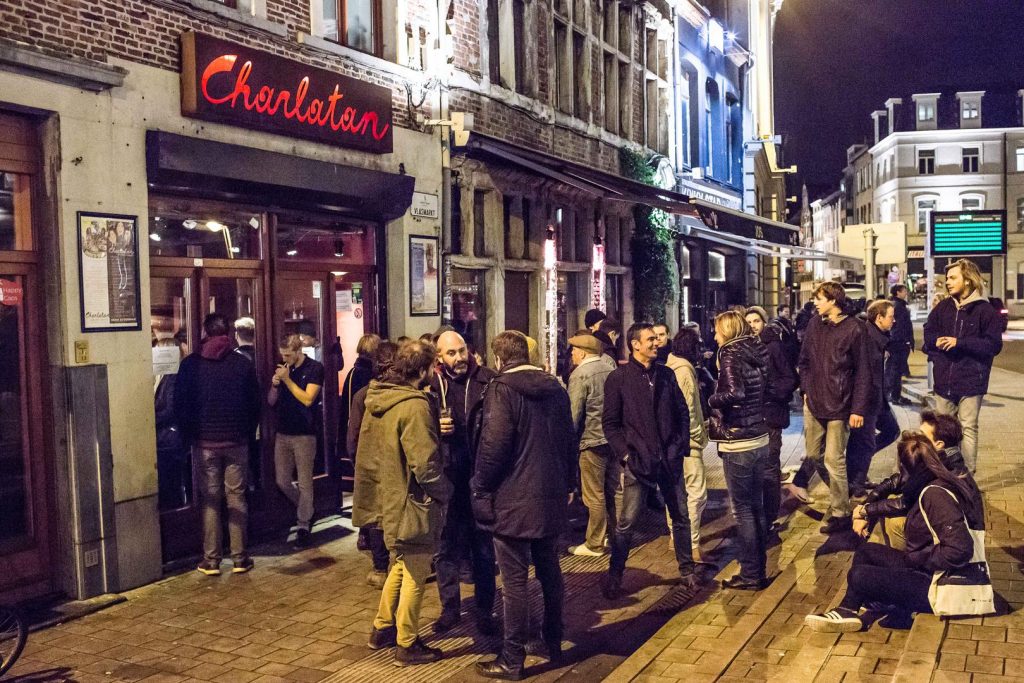 Charlatan, a veritable institution in Ghent’s alternative nightlife scene, celebrates its 30th birthday this yeat. This Thursday, Belgian DJ Lefto (another Belgian institution) will take over the turntables together with Red D. While firmly rooted in jazz and hip hop, Lefto, always looking ahead, doesn’t get stuck in the past – and his DJ sets are notorious for their eclecticism. Red D has been around for a while as well, playing records since the early 90s, not only in his homeland Belgium but also in Berlin’s famed Panorama bar, among others. Get your hangover remedies ready.

Happening: The Road Is Clear at In De Ruimte

From 29 November to 1 December Ghent 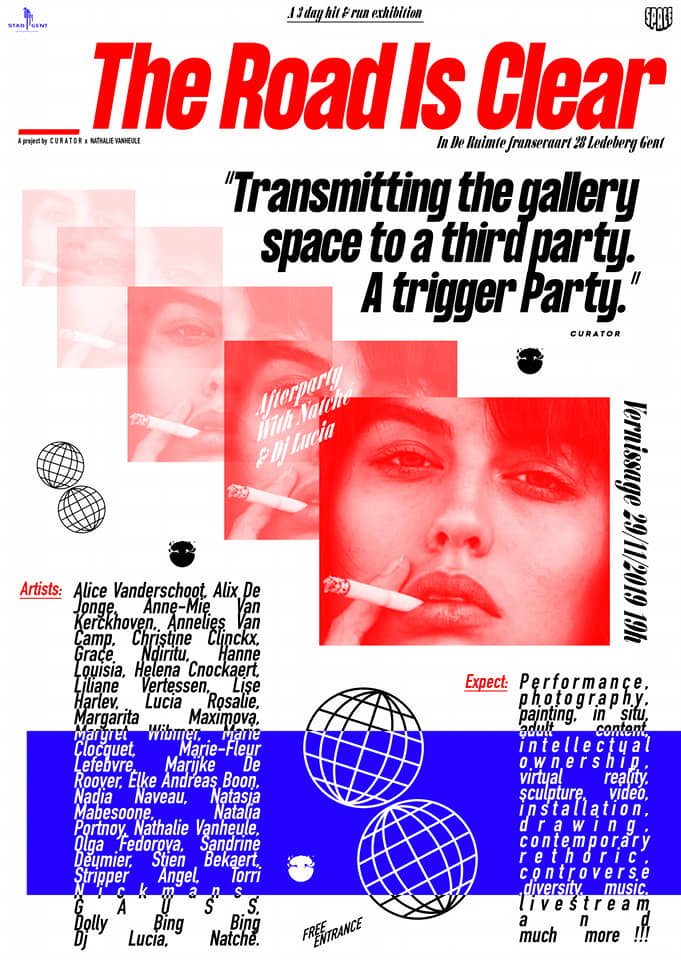 Is the road clear for female artists? The makers of this three-day art affair of the same name want to pave the way with a positive and powerful message and an intriguing mix of art, performances, interaction, virtual reality, live streaming and more. The idea: to “express contemporary issues not just to please the public with sellable stuff for commercial gain. We purposefully selected a group exhibition made by a full female selection to emphasize female diversity”, the organizers point out. Considering the omnipresence of the current discussion about female inclusivity, “The Road Is Clear” wants to shine a light on the notion that “diversity is not gender-related”. What does the end of patriarchy mean? Will female artists be included in a male world, or create their own? Interesting questions addressed by this art happening featuring work by homegrown and international artists such as Anne-Mie Van Kerckhoven, Grace Ndiritu, Marie Cloquet, Olya Kurachyova, and many many others. Not to miss: Marijke De Roover’s performance on opening day and the talk on Saturday. Details here.

Weekend exhibition: These inventions came too late at RAAT

From 29 November to 1 December Antwerp 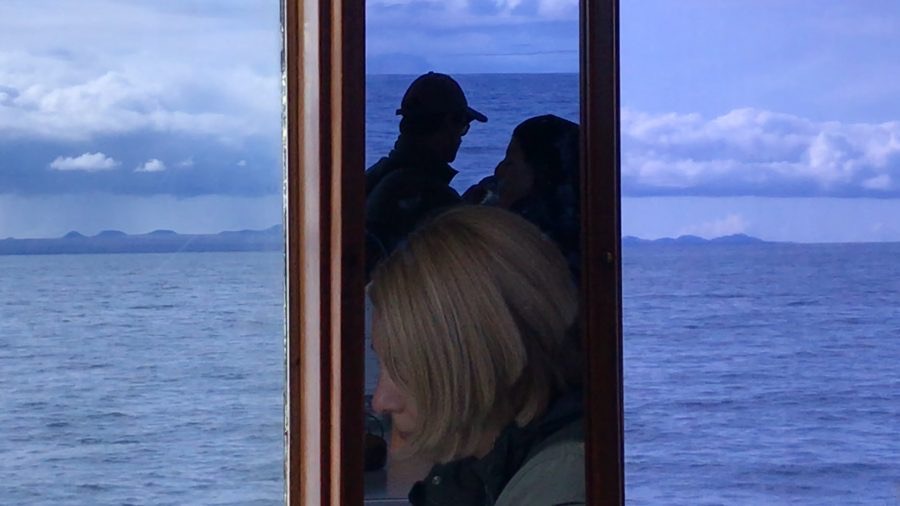 Antwerp’s RAAT, a space dedicated to provide a platform for young and  upcoming artists, invites you to discover the video works by three talented Belgians: Eva van Tongeren, Ans Mertens, and Miles Fischler. The show, among other things, explores different tools of communication. Interestingly, all three artists tend to work more and more with their phones.

Opening: Clay is a Verb at Atelier Lachaert Dhanis 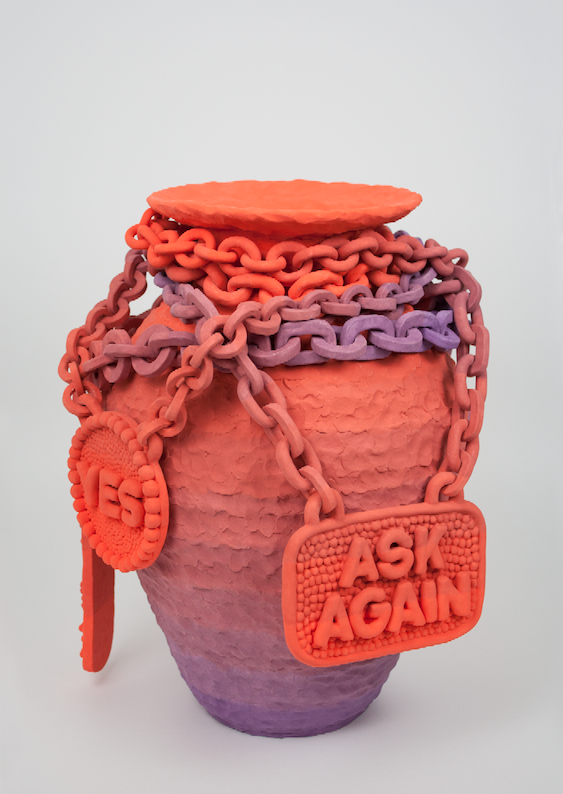 Craftsmanship has been making a comeback recently, and this exhibition by Artcetera and artist and curator duo Atelier Lachaert Dhanis is yet another proof of it. The expansive show putting forward the field of ceramics in all its forms will take place in a former shipyard of more than 3000 m2 in Tielrode. The exhibited pieces range from autonomous sculptures by internationally renowned artists, contemporary table decorations and vintage functional ceramics dating back to the 18th century – an exciting and contrasting mix balancing craft, applied arts and visual arts. 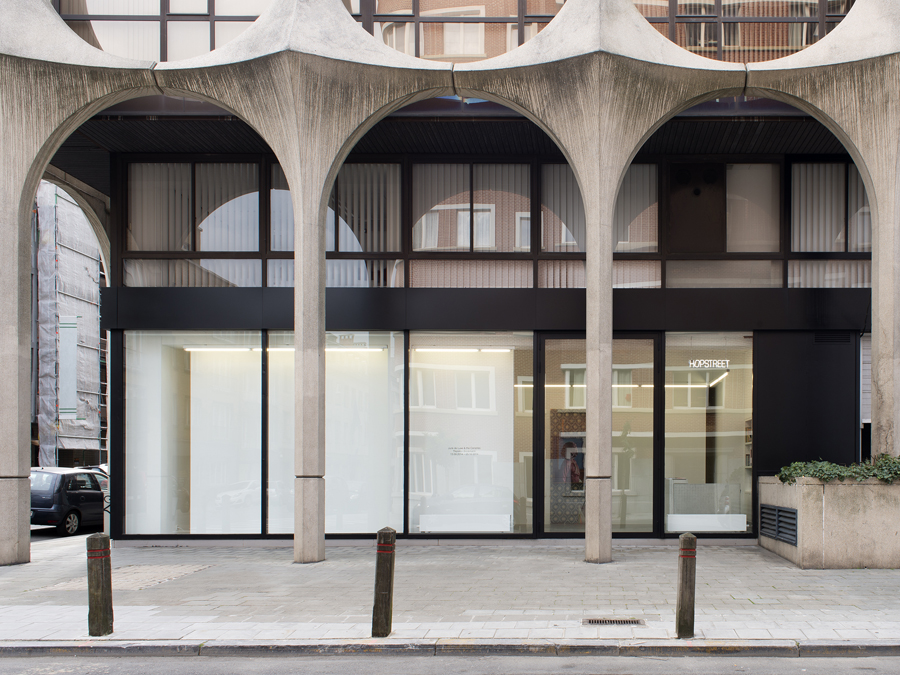 While Sunday is normally means a day off for gallery owners, this is not the case this weekend in Brussels’ Rivoli building. The perfect occasion for some gallery hopping with a special treat: the exhibiting artists at Hopstreet and Rossi Contemporary will all be present for a chat.