The week in Belgium from 17 to 23 February

Beirut in Brussels, a tribute to Belgian artist Philippe Van Snick in Ghent, rocket cannons on stage, and more. See you there!

Under the intriguing motto Sex, Drugs & Pinot Noir, Jane’s is celebrating its third birthday this week, and you’re invited. Since its opening, it’s quickly become an institution in the Ixelles bar scene as a relaxed hangout during the day and a cozy drinking (and dancing) spot at night. Expect an artsy crowd, DJ sets, mean shots, and hidden treasures from the wine cellar.

Belgian artist Philippe Van Snick, who sadly passed away last year, is now posthumously on view at Ghent’s KIOSK – a great opportunity to (re)discover his fascinating oeuvre spanning over no less than five decades. The exhibition title “Territorium” refers to the proposal Van Snick submitted together with Wim Waelput, KIOSK’s director, for the Belgian pavilion at the 2017 Venice Biennale. Interestingly, it encompassed all signature elements of Van Snick’s oeuvre: the systematic colour and formal principles, and a minimal, abstract visual language while responding to the pavilion’s architecture. Together with the artist’s family and the art installation class of KASK teacher Gert Robijns, Wim Waelput adapted form and content to the KIOSK space, revealing a giant installation exploring the material and spatial boundaries of painting, sculpture, and architecture. Not to be missed. 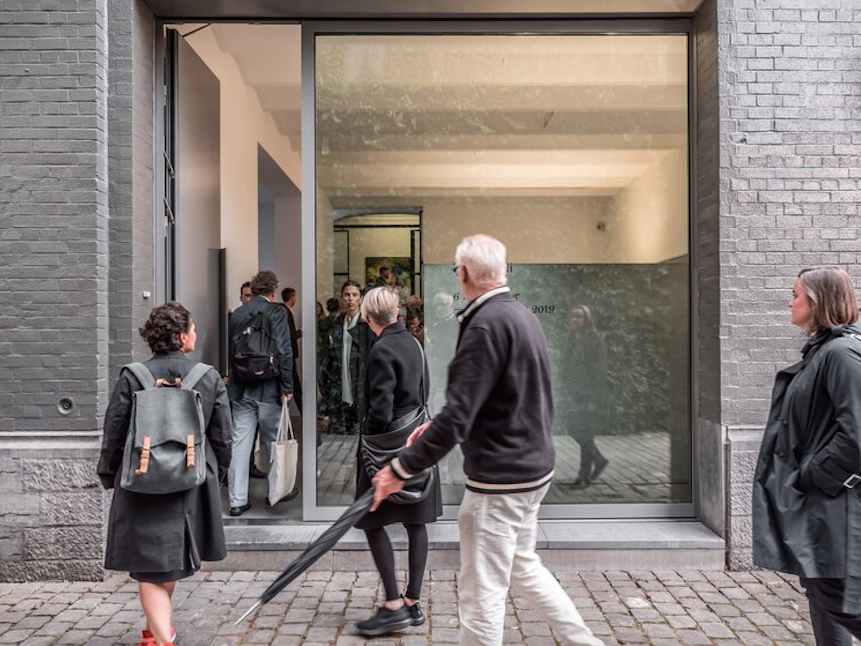 Brussels Gallery Weekend, taking place every September, is launching a new initiative that last all year long: a series of gallery walks that let art enthusiasts discover the art scenes of the city’s different neighbourhoods. First up this Saturday is St Gilles and surroundings, which is home to a number of highly interesting art spaces such as Deborah Bowmann, Clearing, and many others. You can sign up via guide@brusselsgalleryweekend.com.

While Kanal Centre Pompidou is still undergoing a complete transformation, its home, the gigantic former Citroen garage, already hosts a variety of events. This Saturday, you’re invited to the so-called Demolition Lab, which fittingly asks visitors to participate in demolishing, dismantling and upcycling the place, together with a bunch of Brussels artists. In the evening, the venue turns into a massive dancefloor for the 7th edition of the electronic music bash Hangar. Also on the program: graffiti, freestyle dance workshops, wall printing, and more.

Be-Part in Waregem looks back on the last five years of the multifaceted practice of artist duo Frank&Robbert Robbert&Frank. Focusing on the role of the artist in public space, the creation of a personal mythology, and linking the everyday to philosophical and societal questions, they create theatrical dioramas, photo and video works, performances, sculptures, blueprints, screen prints and clay tablets.

Belgian noise-rock band Raketkanon (rocket cannon)  throws the towel: the energetic four-piece from Ghent, known for its sweaty live shows, takes the stage for the last time this Saturday, at Brussels’ Ancienne Belgique.

An entire evening dedicated to the eclectic, colorful, many-sided city of Beirut: SEE U invites you to dive into the culture of Lebanon’s capital, exploring it via its food, artists, and music. Featuring textile artist Diana Bitar, musician Marwan Zoueini, and many others.