In 2014, Sarha Duquesne and Levi Dethier founded LeviSarha, a Brussels-based studio specialising in product and furniture design. Their sober, modern and functional creations earned them nominations for the Young Belgian Design award, among others. A little while ago the dynamic duo spent one month in Nuuk, Greenland, as part of the so-called Hors Pistes residency, discovering traditional Inuit crafts and collaborating with local artisans. We had a little chat with the design duo about the whole adventure, the beauty of fish nets, and camping on a basketball field.

What made you want to go to Greenland?

It was so appealing to us because we didn’t know anything about it, not even the name of the capital. We were just really curious and thought it might be the only chance we’ll ever get to discover the place. And of course the Hors Pistes program is of great quality and always has good things coming out of it. They organise residencies around the world, for example in Burkina Faso, with the goal to connect designers and local artisans. It’s fascinating to get to know another language and culture and way of life. 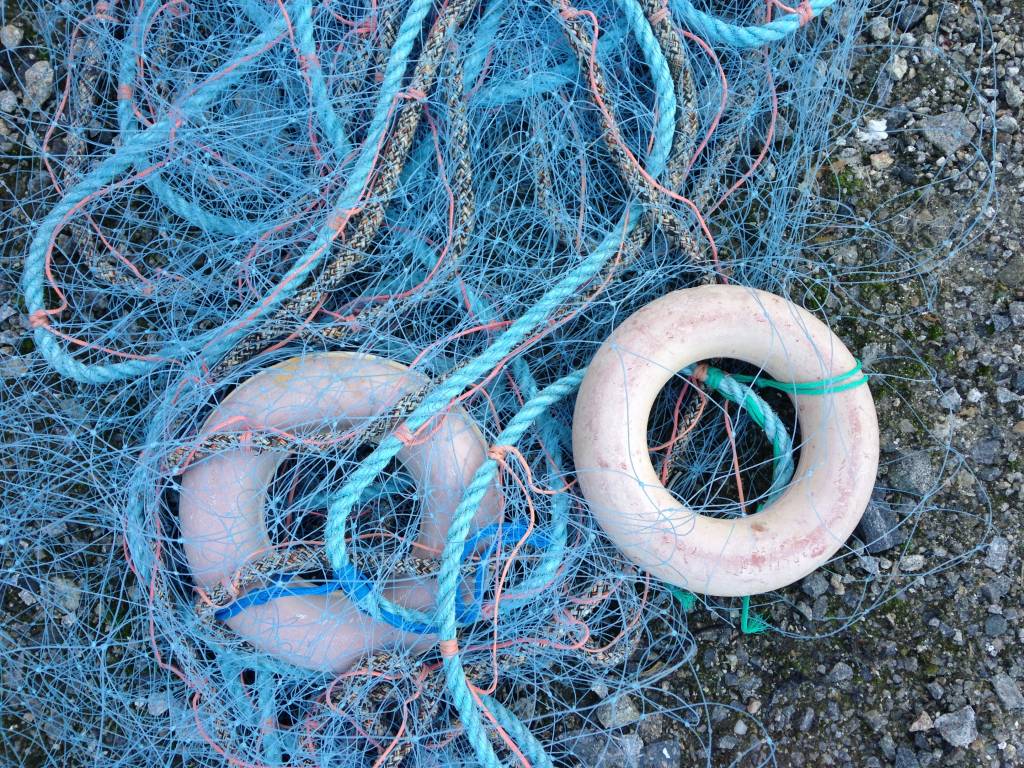 Was it easy to connect with the locals and find someone to collaborate?

We spent the first two weeks getting to know people, meeting craftsmen, talking about their works, etc. The locals in Nuuk were very enthusiastic to see this interest in their culture. We met people who make ceramics, as well as carvers who mainly work with bones and teeth, from walruses for example, or with deer antlers. A lot of people actually are involved in some kind of craft there, because they get bored in the winter. We also met with the people who make traditional costumes out of seal skin. They use it in a lot of different ways.  We were surprised by how big of a part hunting plays in their culture. At the weekends people leave town to hunt together; it’s a pastime for them.

Who did you work with in the end and why?

We ended up working with people from the fish net industry. They make these custom-made nets for different clients in particular colors and sizes, in specific shapes, adding floaters, … it’s incredibly beautiful. These nets are massive and colorful, and making them actually requires a lot of strength. It’s a little like knitting, but on a much bigger scale, with very complex knots. About 5 men worked there. We were fascinated right away and really wanted to do something with them. Another place that captivated us was the kayak workshop where they’re still making kayaks by hand. They’re long and narrow and difficult to navigate. We didn’t have time to work together, but they really inspired us, and we were able to use their wood bending tools. We observed a lot and tried to translate it into our world. For two weeks we spent every day in the net workshop to make tests.

What kind of pieces did you create?

We developed two projects around ropes. The first one, in collaboration with Qalut Vònin‘s fish net team, is a duet of steel structures covered with nets. Playing with colors, weights and knots, the pieces mix various classic furniture typologies. The second project is a range of two serving trays experimenting with classic Greenlandic kayak making techniques such as wood-bending and knot-making.

What was life like in general? Is there some kind of art scene?

We stayed in a gymnasium and camped on a basketball field. Nuuk is a small town with one cinema and one museum, and we did meet a few artists there, but there’s not much going on for them. Artists there need to try to exhibit in Denmark.  Danish is the official language but most locals speak Greenlandic. 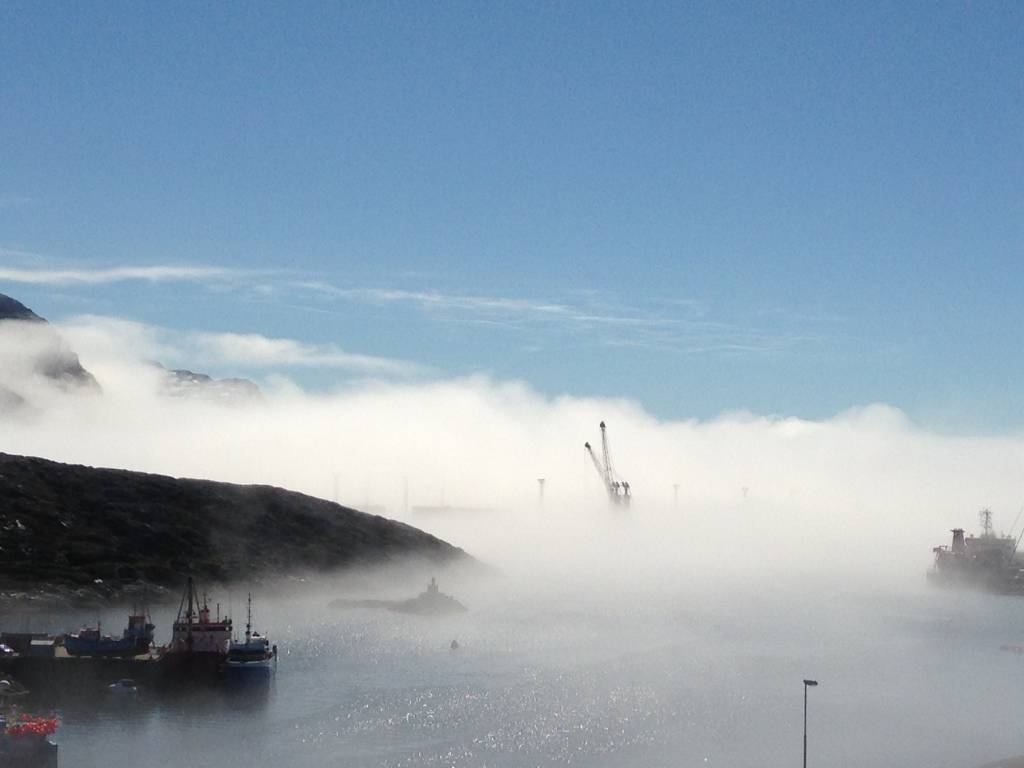