Music interview #5: A chat with GoGo Penguin before their Brussels gig

It wasn’t an easy gig that Gogo Penguin had to play on 25 March 2016 at Brussels’ Ancienne Belgique, only three days after the terrorist attacks and only a few steps away from the Bourse, where people gathered to mourn. Nevertheless, the place was full, the concert of a certain magic, and maybe exactly what everyone needed. We talked with the boys from Manchester before the show about the situation, their latest album “Man Made Object”, and much more.

How do you feel about playing tonight? No one was sure if the show would actually take place…

We weren’t sure either and just waited for the venue’s decision. If the venue says it’s fine, then we trust its judgment.

How do you feel about the whole situation?

It’s very sad. There’s nothing you can really say. There are no words that would be suitable. But there’s no point in being scared either because something can happen anytime, anywhere. It’s definitely present, everyone is talking about here, but we need to carry on.

You’ve played in Belgium a few times before, were you able to get to know the country a little bit?

Yes, we’ve played in Ghent, in Bruges, in Leuven, and also in Brussels before, in the smaller room here in AB. We’ve tried far too many Belgian beers and of course mussels with fries!

You just released your new album, “Man Made Object”. How did you approach the writing process?

We worked a bit differently this time when it comes to developing our ideas. It’s more electronic and we wrote a lot with Ableton and Logic, using a lot of samples, even vocal samples at times. There’s an idea, and then we sketch it with Ableton or Logic, send it around to everyone. It was a case of taking guesses and interpreting it and making it something that we could play together but keep what’s there at the core. 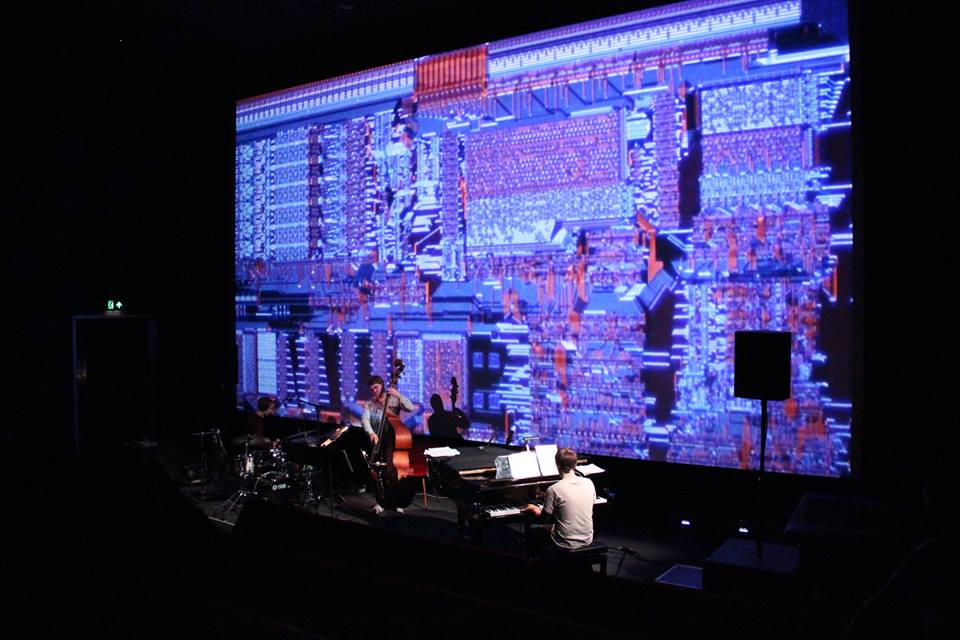 Did you have a general concept in the beginning, an idea of which direction you wanted to go in?

Obviously, we talk about music quite a lot. But it’s more like somebody’s got a tune or an idea and then we just go from there. Naturally, things we’ve been listening to at that particular time inspire what we do.

What was that then at that particular time?

We all listen to electronica a lot more, really. Some things come up time and again like John Hopkins, for example.

Were you consciously trying to do something different than the previous album?

There was a lot of time between the two albums so we also changed as individuals. That probably made more of a difference than us consciously making a decision. It all happened quite naturally and we just wrote the music we wanted to write. We always try different ideas and techniques and stuff, and listen to different music to get inspiration, but the change that will happen will be quite natural, just because of where we are at.

You’ve been nominated for the Mercury prize, got stellar reviews, … did you feel like that put pressure on you or did it make you feel more relaxed because you had already established yourself in a certain way?

Definitely not relaxed! It’s a lot of pressure, but not from anyone other than ourselves. Everyone who is making anything is trying to make something better than the last. Whether you can achieve that is a different question. But this is what inspires you, otherwise, there’s not really a point. 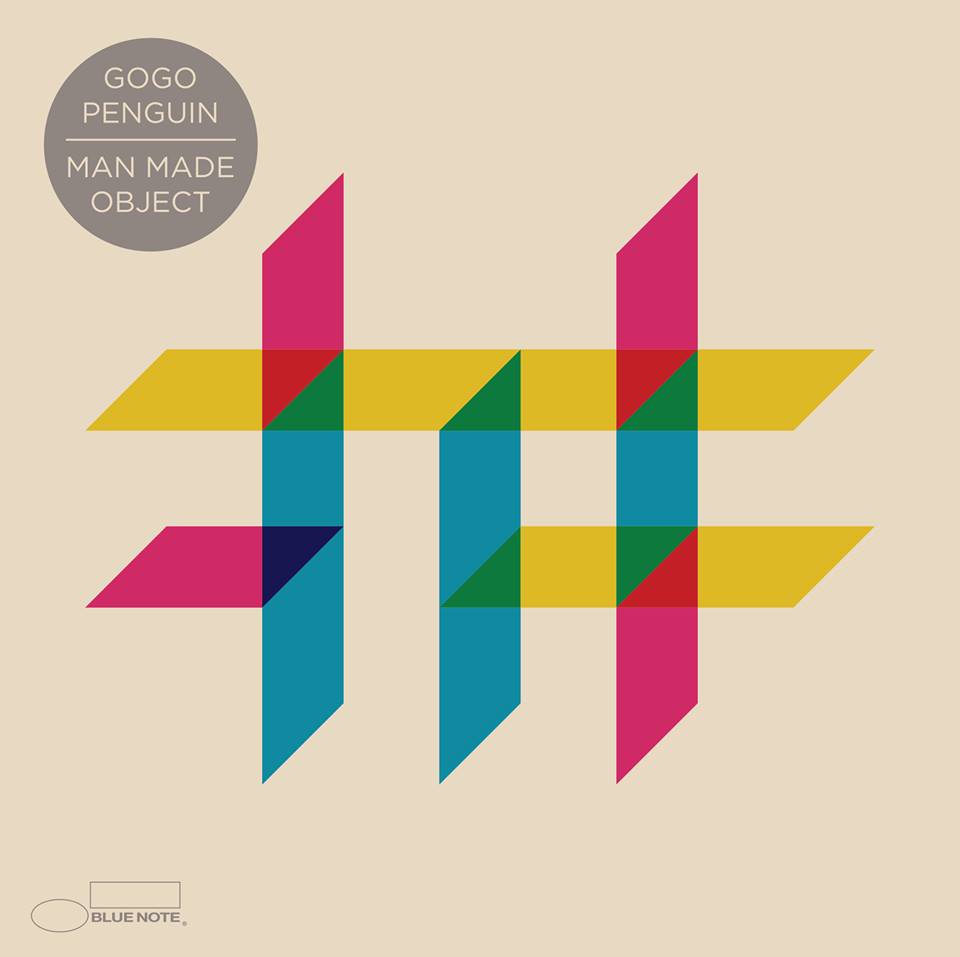 You released the new album with a different label – why?

They came to us. And it’s Blue Note, so…not a difficult decision.

The old one just let you go?

Matt was great about it to be fair. It’s a friend of ours who runs the label, a small label in Manchester called Gondwana Records. Technically he could have said no, but it was Blue Note, so he totally understood.

How did this change things for you? Budget-wise, or in the way you work?

Blue Note has been really supportive. They set back completely and just let us do our thing. The boss of Blue Note France came over for a day when we were recording but he just sat in the background and listened. No one tried to tell us what to do. But there’s a bigger budget now and a bigger team involved. It’s a great label to be on. Now there’s somebody who does the social media stuff, someone who takes care of getting the CDs and vinyls pressed, … it’s a much bigger operation.

Have you already felt an impact?

Yes. They just have a much bigger reach and can get what we do out to more people than an independent label. Our music gets more plays and more people will listen to it because we’re on Blue Note. But on the other hand, everything had already been going upward for years. It’s given it an extra kick though.

Your music has been described as acoustic electronica. Are you comfortable with that description? And how did you find your own sound?

I guess that’s what you could call it. It was a case of studying lots of different kinds of music, in the way you study history. You learn to play classical music, and jazz, these old ways of doing things because it’s the only way you can actually learn how to do anything new. Once you’ve done all that, you have all this technique and awareness of how music works. And then electronic music was the most inspiring thing because it’s new.

If you feel a particular kind of emotion, you can distil it and find that little sound that is that emotion. You can capture an emotion with electronic music just like Mahler did it in the past with classical music. As a jazz or classical musician, you have to do what you’re told. You have to play what’s in the book. Electronic music is still quite free, it’s this undecided world. So for us, it made sense to look at that kind of music. 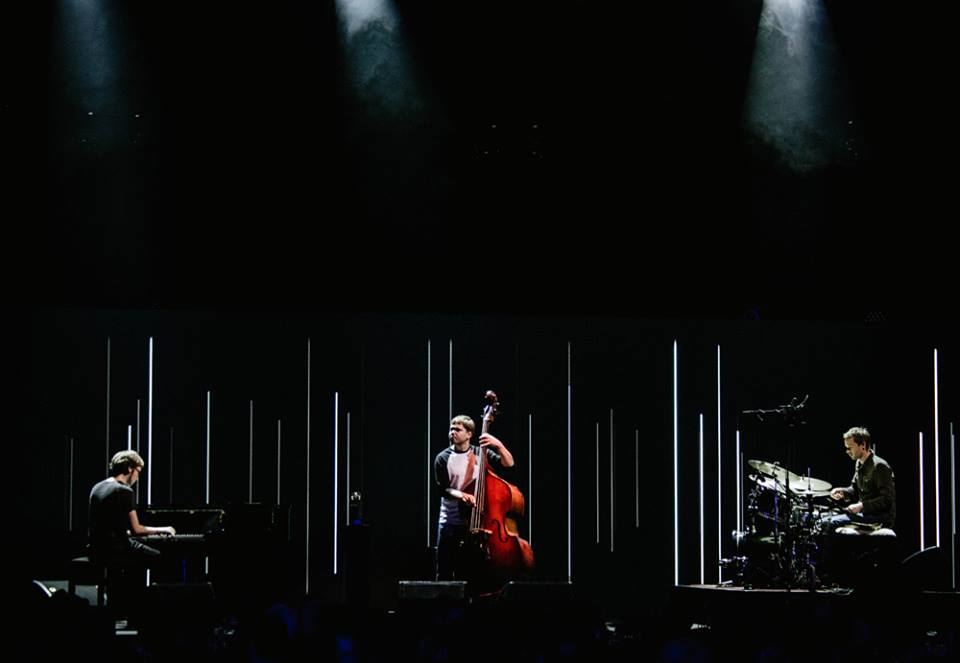 Did you ever try something with vocals?

No one in this band can sing! We’ve worked with lots of singers and we decided we didn’t want one. They just take over and call the band after themselves (laughter).

Did you ever wonder if it might be hard to find an audience doing something without vocals?

What if it had all gone wrong and no one wanted to listen to it? What would you all have done?

Exactly what we did before: play at weddings, teaching children, … we’d still be doing music, probably even this band, but just fewer people would have heard of it.

Was there a certain moment when you thought “Now we’ve made it”? And were there ever any moments where you wanted to give up?

There is a lot of self-doubt, definitely. You listen to what you did and start wondering if it’s good enough. But you make music because you have to; because something inside you is trying to get out. And that’s what people will react to. That’s what you can hold on to.

There definitely were moments when you step back and think “Shit, this is amazing”. Playing a venue like today, for example, and being told it’s packed. There are many milestones like that. Playing at Coco in Manchester, where we come from and where we used to go to see gigs ourselves, is one of those. Or the Roundhouse in London, which can host 2.500 people. Wow, these people all want to see us? It’s crazy. Look at this. And then after the gig, people want to take pictures with you and things like this. It’s strange! 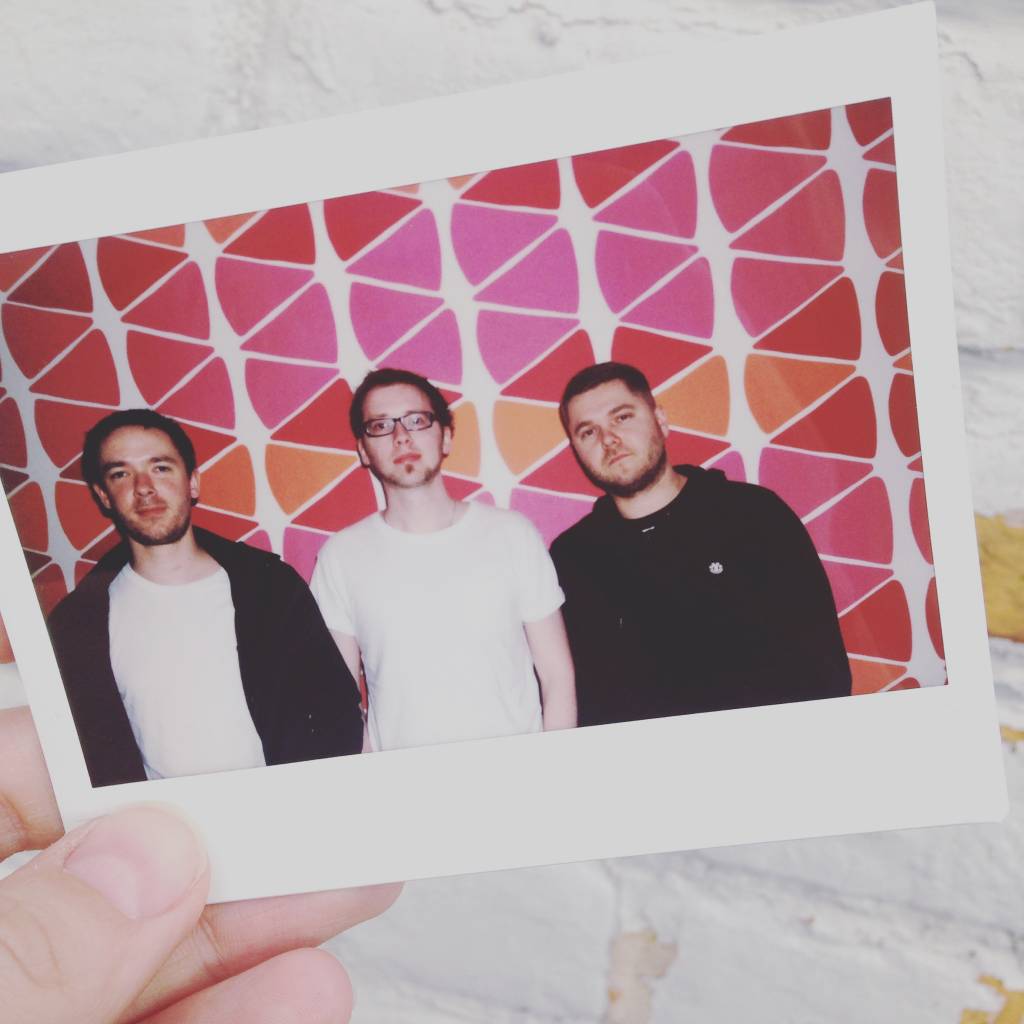 You’re not jaded yet then by the success…

You’ve mentioned your hometown Manchester – what’s the music scene like there?

It might sound a bit cheesy but it’s a bit like family. You kind of know everyone and who’s involved in what. There’s a lot of crossover these days, and a lot of people are connected with each other and there’s a lot of support. It’s really great. Everyone thinks about rock because it has quite a big scene in Manchester but there are other things as well. Electronica, folk, hip-hop, …

So it’s more about supporting each other than competition?

Well.. there’s a bit of competition in the indie scene. And they don’t mingle so much with everyone else. You kind of know all the folkies or jazz musicians, a few of the hip-hop guys and the DJs. There’s a lot of collaboration. The indie scene got more its own thing going on. But that’s probably because a lot of people come to Manchester to try to make it as an indie band,  and it’s not a good place to do it because the are’s no gigs: lots of times you have to pay to play.

I’ve heard this about quite a few places in the UK. Crazy.

Yes. The promoters and the whole scene is dodgy. It’s really tough. But outside of that, there are lots of nice venues and festivals, and people who put on their own nights… and people try to find gigs in bars or whatever.

What bands from Manchester should our readers listen to?

Levelz, Henge, … there are loads. 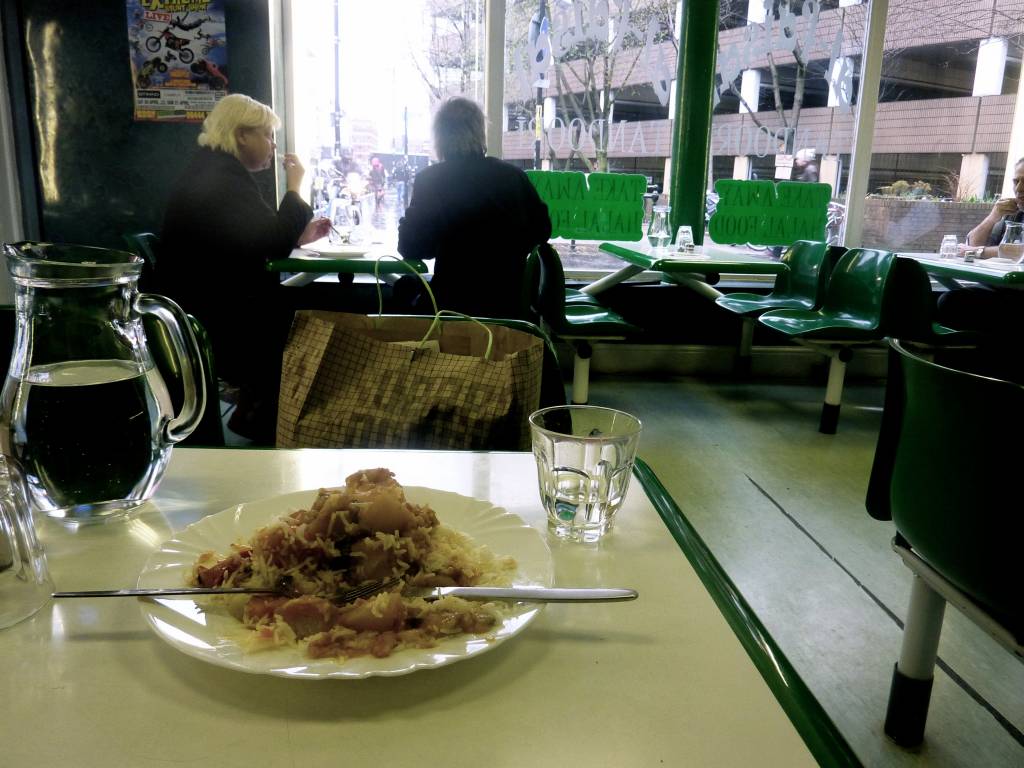 And what places should we check out when in Manchester?

If you want a really cheap curry you got to go to Al-Faisal in the North, on Thomas Street. And then there’s this toilet bar, The Temple. It’s in an old Victorian toilet.

Last and most important question: City or United?

None of us really likes football actually. And one of us was brought up in Leeds. But if we have to make a pick: City!