Since its first edition 50 years ago, Art Brussels has established itself as one of the most important fairs around the globe. Its exciting Discovery section, giving a lot of room to young, emerging artists, has made it to a major destination for those who’re hunting for fresh talent. 147 galleries from 32 countries are participating in the anniversary edition, and the number of galleries trying to shake up the traditional fair set-up was refreshingly high: solo booths, themed exhibitions and performance-heavy presentations made this year’s Art Brussels a diversified and engaging affair. As much fun as they are, art fairs can be rather overwhelming, and so we’ve scouted the art jungle for you, bringing you a selection of gallery booths we think you definitely shouldn’t miss. 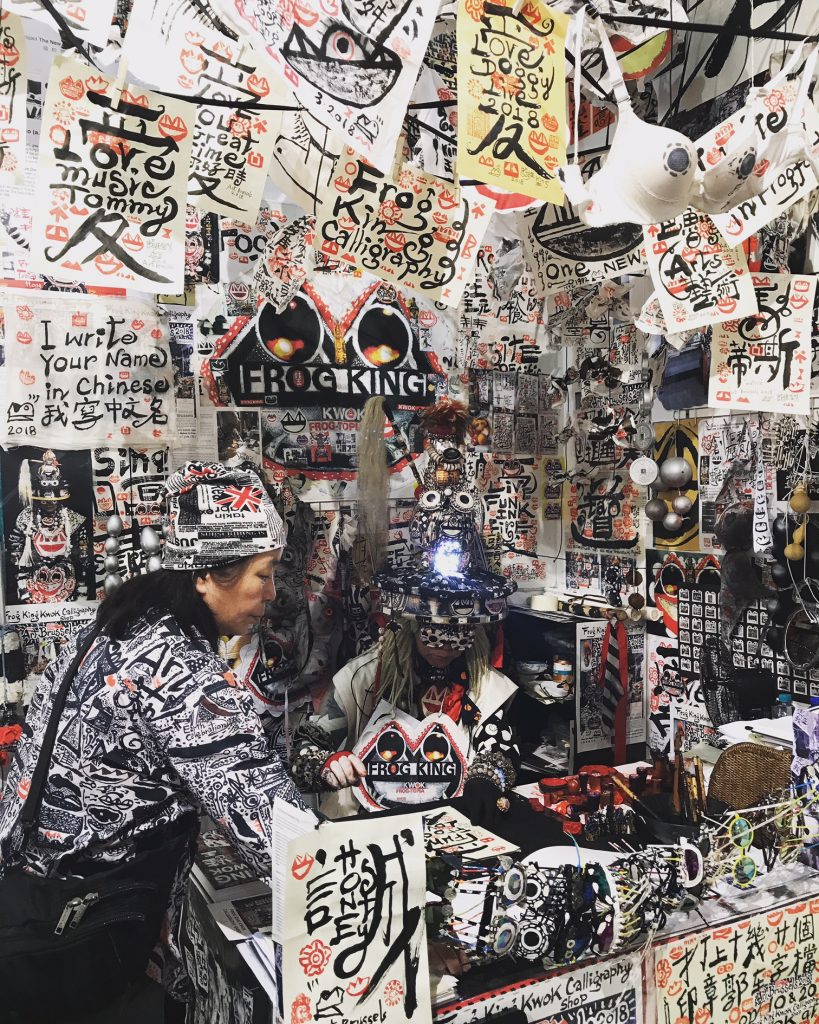 Kwok Mang Ho, better known as the “Frog King”, has been a presence on the Hong Kong art scene since the 60s. Now 71 year old, he’s set up shop at this year’s edition of Art Brussels, in the booth of 10 Chancery Lane gallery – a very special occasion you really shouldn’t miss. The pioneering Chinese artist, who represented Hongkong at the Venice Biennal in 2011, was originally trained in ink painting and calligraphy, elements that have become an integral part of his performance work, using ink painting as a conceptual tool. Over the years he’s participated in over 3000 art events around the world, and once even David Bowie was spotted wearing glasses made by the Frog King himself. If you’d like to know more, here’s a great article about the highly fascinating artist. 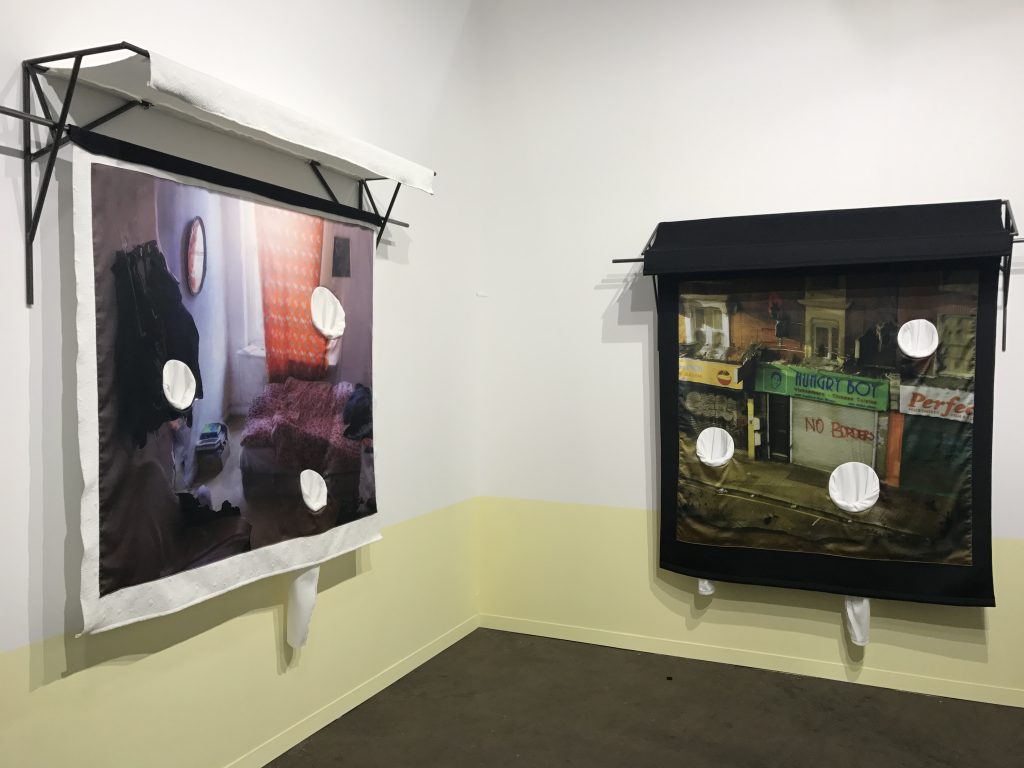 Berlin gallery Exile and Prague gallery Polansky teamed up for a shared booth , something that seemed to be a bit of a growing trend this year (Belgians Sofie Van De Velde and Plus One did the same for example). Here, a video and installations made out of printed fabric and metal, so-called “Sleeves”, caught our eye. They are the creations of Czech-born artist Martin Kohout, who, based between Berlin and Prague, examines the habits and effects related to technology and contemporary forms of communication. The exhibited works are part of his intelligent and captivating “Slides” series, which deals with nocturnal labour, sleeping patterns, and temporal and spatial distance. Interestingly, Kohout’s website also goes to sleep at night – you can see for yourself here. 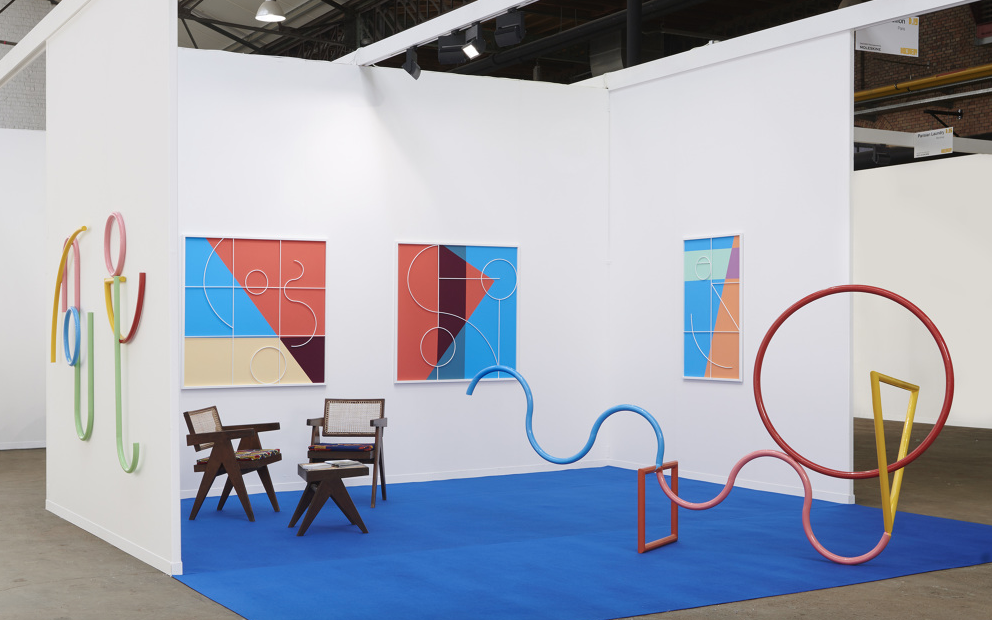 Polish-Canadian artist Przemek Pyszczek, now based in Berlin, heavily draws on his training in architecture as well as his personal life. Much of his work is informed by the aesthetics, politics, and history of Soviet-era, housing blocks. His paintings and sculptures are based on graphic patterns from snapshots of walls of these mass-produced residential buildings. 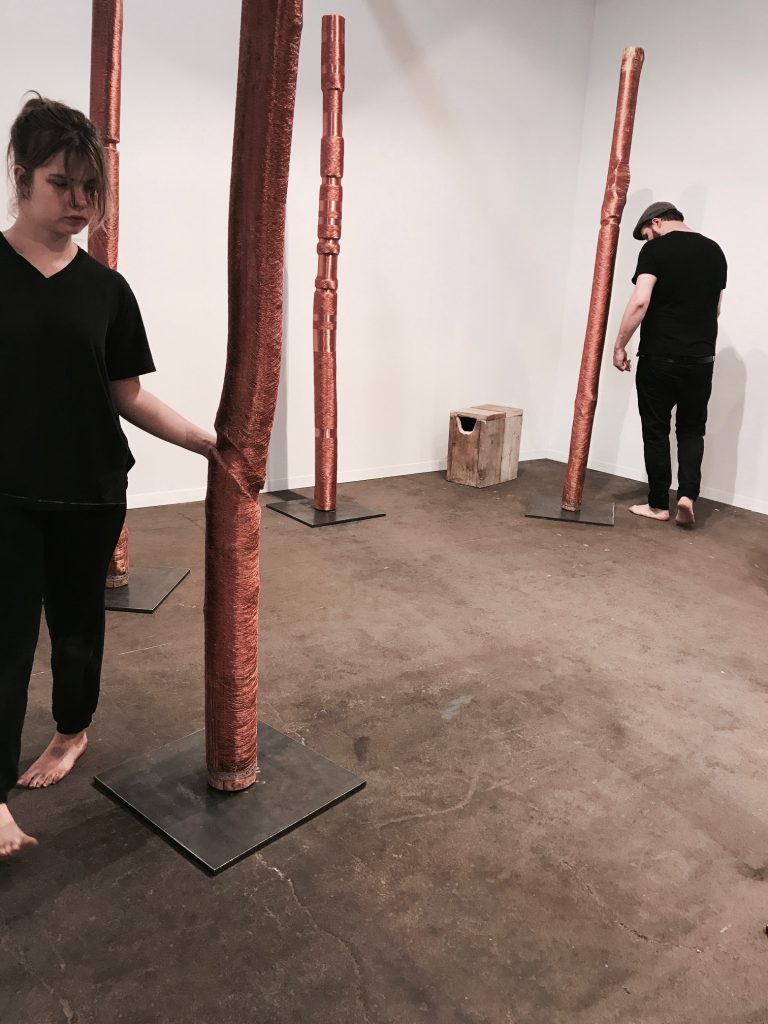 Just like 10 Chancery Lane, Galerie Valérie Bach also breaks with the traditional booth set-up by hosting an on-going performance.  The gallery dedicates its entire space to the performative sculpture of London-based, French-British artist Alice Anderson, known for her process-driven practice. For the whole duration of the fair, her assistants are weaving copper threads around steel structures whose goal is to memorise objects. This is a central theme in her enticing work, which explores the question of how we remember things in the digital age. 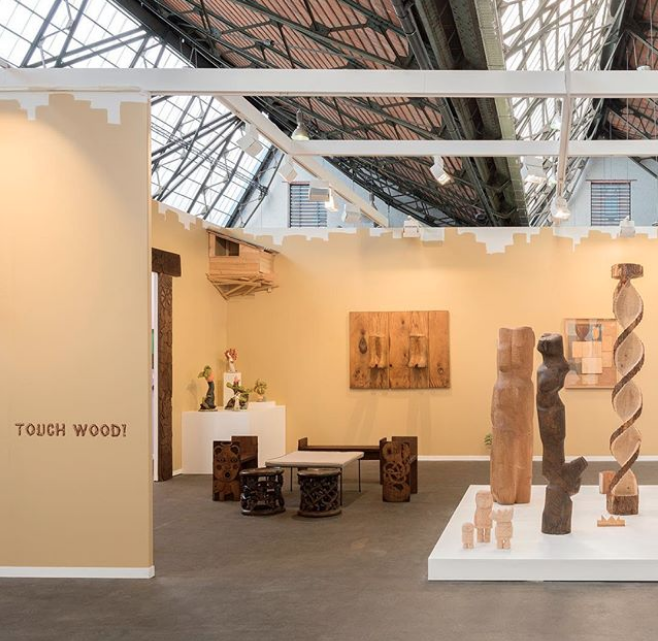 Brussels gallery Sorry We’re Closed impresses with a cleverly curated booth that focuses on a themed group exhibition as well as a small solo show by American painter Marlon Mullen. “Touch Wood!” pays tribute to the ancestral material that has been accompanying human kind for millenniums. The gallery’s artists, such as Eric Croes, Tony Matelli, David Nash, or Stefan Rinck, explore the element in a multitude of different and surprising ways. Without a doubt one of the most creative and original efforts at the fair. 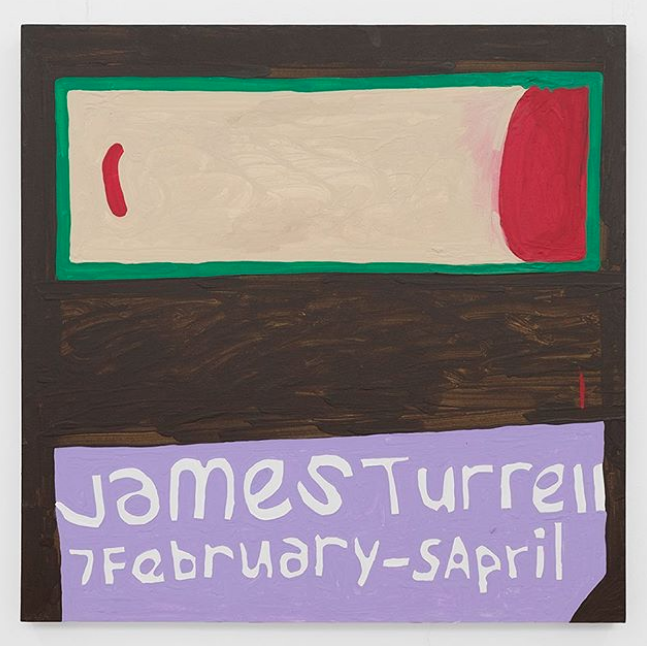 It’s complemented with a refreshing selection of paintings by Marlon Mullen, who bases his paintings on contemporary art periodicals and other media. In his works, the covers and pages become obscured and abstracted, reduced to a graphic schema of interlocking colours and forms. Mullen has autism spectrum disorder and is for the most part non-verbal – it isn’t entirely clear how much he is able to read. He has his own understanding of meaning when it comes to words and has not verbally communicated about his intent or fascination with the images that he copies. 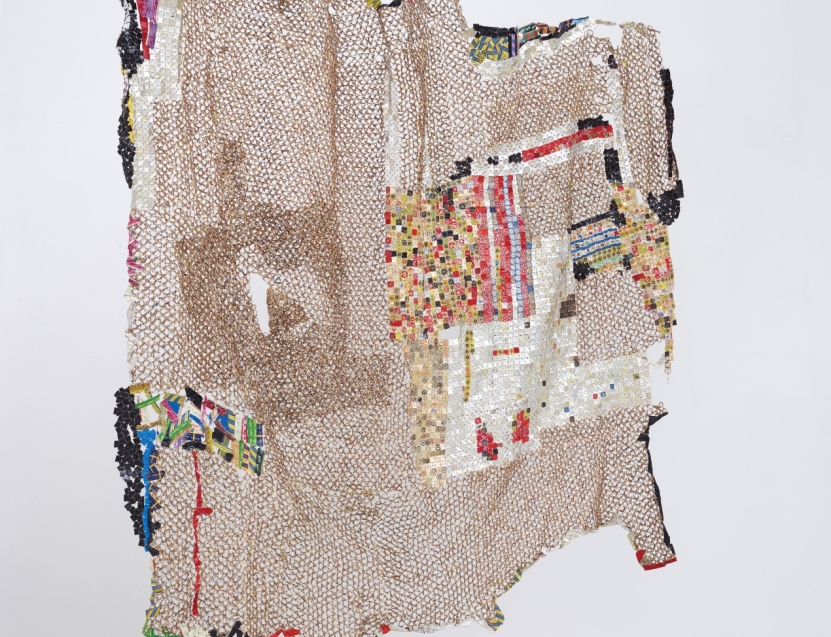 In April 2015 the Venice Biennale awarded Ghana-born artist El Anatsui the Golden Lion for Lifetime Achievement, a prize that “acknowledges not just his recent successes internationally, but also his artistic influence amongst two generations of artists working in West Africa”. At Art Brussels, Antwerp’s Axel Vervoordt gallery is showing one of El Anatsui’s mesmerizing monumental wall hangings, tapestry-like metal sculptures created out of hundreds of discarded liquor caps as well as copper wire. The use of these found objects hints at many different layers of meaning, touching upon issues such as the relationship between Africa and Europe, global consumerism, slavery, the transmission of tradition, and more.