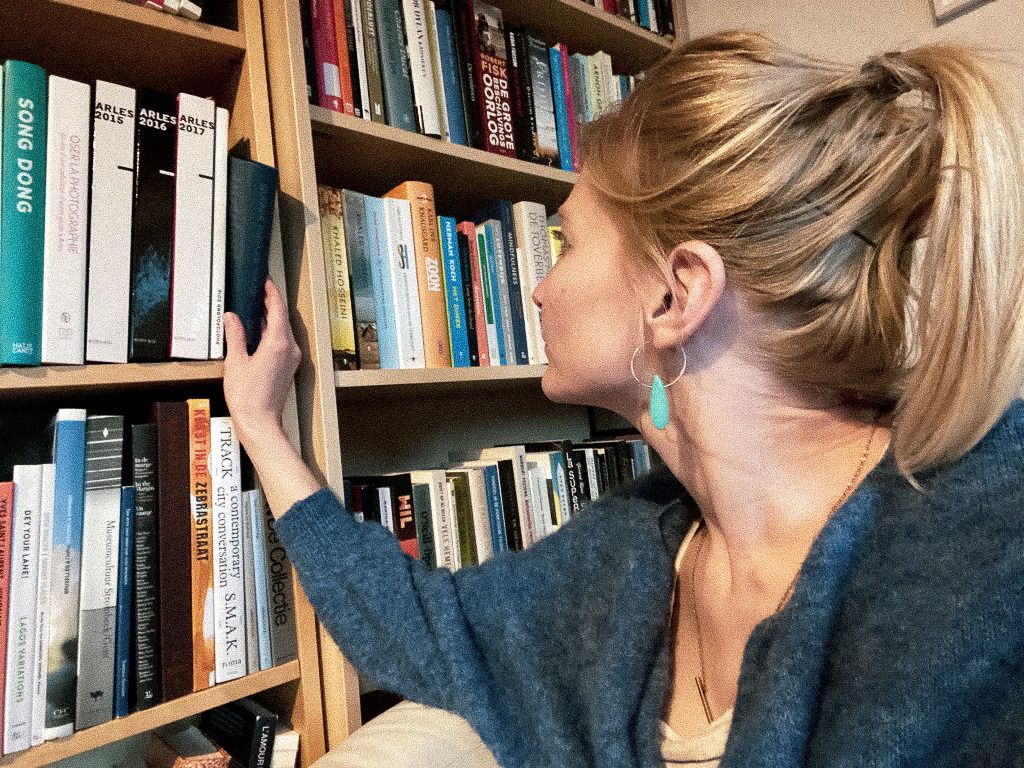 Sofie Crabbé, a culture journalist and curator, is spending this second lockdown in Ghent. Luckily, her apartment is in the same house as her sister’s. “I feel blessed to have her so nearby. We love to cook for each other. Other things I find helpful to keep your spirits up is meditation to start and end the day, a daily walk in the park, an amazing systemic psychologist, a wonderful osteopath, taking care of my diet and just talking a lot with family and friends. I think self-care is vital to our mental health,” she says.

With the country locked down for the second time this year and everything from galleries to concert venues closed once more, we asked a number of cultural figures what to read, watch and listen to from home in these art-starved times. Check out previous culture survival kits by DJ Soumaya Phéline and gallerist Bart Vanderbiesen.

I am grateful to my mother, who, when I was still a teenager, introduced me to several fabulous movies featuring the talented and beautiful Juliette Binoche: The English Patient, The Unbearable Lightness of Being and Trois couleurs: Bleu, directed by Polish filmmaker Krzysztof Kieslowski. He also did La double vie de Véronique, another film I love. The great performance of actress Irène Jacob, the elusiveness, the mystery and not least the music make this film a captivating, rare gem! It’s the enigmatic story of doppelgängers Weronika and Véronique, both young singers. One lives in Poland, the other in France, unaware of each other’s existence, yet unconsciously sensing a spectral companion. The film is a brilliant meditation on making choices and potential alternative lives.

The best film I saw in 2019 was Roma, an engrossing, intimate family drama by Mexican film director Alfonso Cuarón. The film is set in Mexico in the 70s, and tells the story of Cleo, a young woman of Mixtec / Mesoamerican heritage working as a live-in maid for a beleaguered upper-middle-class family in Mexico City. Cleo’s personal life is beginning to unravel in tandem with that of her employer, Sofía. It’s an outstanding film for so many reasons: the balance between tragedy, comedy and absurdity, the dynamic cinematography, and the extraordinary depiction of the characters’ inner life. 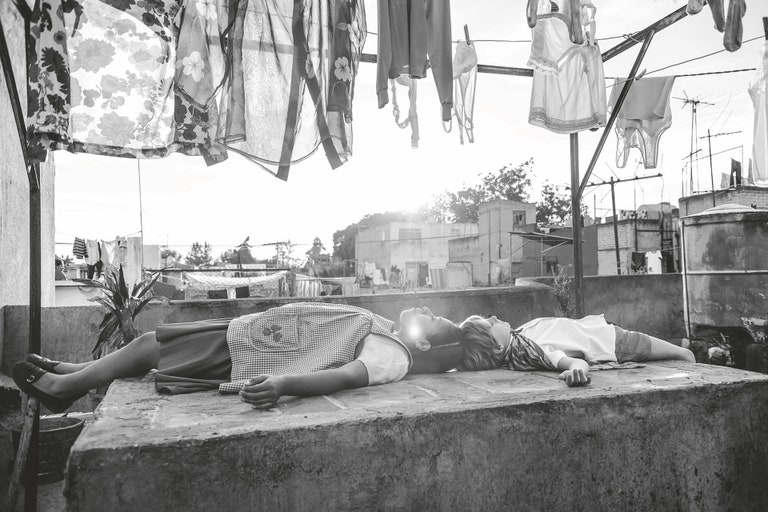 Docudramas can also deeply affect me. I recently saw the harrowing, profoundly human documentary For Sama. A young Syrian mother, Waad al-Kateab, records her own personal life in Aleppo, which is under siege. Horrific scenes of the war in Syria alternate with beautiful shots of resilience and hope, for example when Waad al-Kateab gives birth or sees her daughter smiling.

As a culture journalist, I read quite a lot of art books, but at the end of the day, I just love to spend my time reading novels by contemporary, stimulating writers.

The Sense of an Ending by Julian Barnes

This terrific meditation on aging, loss and the fallibility of memory tears my heart out. Protagonist Anthony Webster wrestles with his past decisions and behaviour. His regret and pain, exposed to a truth that cannot be retracted, moves me to tears. I often reread fragments that I marked with a pencil. Here’s one example: “How often do we tell our own life story? How often do we adjust, embellish, make sly cuts? And the longer life goes on, the fewer are those around to challenge our account, to remind us that our life is not our life, merely the story we have told about our life. Told to others, but – mainly – to ourselves.”

The Discomfort of Evening by Marieke Lucas Rijneveld

In 2014 I met a lot of talented writers at a writing residency at the Biermans-Lapôtre Foundation in Paris. Among them was the promising Marieke Lucas Rijneveld. I was intrigued by her poems inspired by Bill Viola’s retrospective at Grand Palais. Six years later, she is an acclaimed author, and her second novel Mijn lieve gunsteling has just been published – again, highly praised. It’s the follow-up of her remarkable debut The Discomfort of Evening, one of the most unflinching and raw novels I have ever read. Marieke Lucas grew up in a strict, pious family, on a dairy farm, a life that inspired her to write this semi-autobiographical novel. The imagination, the rich vocabulary and the stylistic bravado of the author blow me away. The same is true for the way she tackles themes such as loss, sin, corporal penance and delusion. 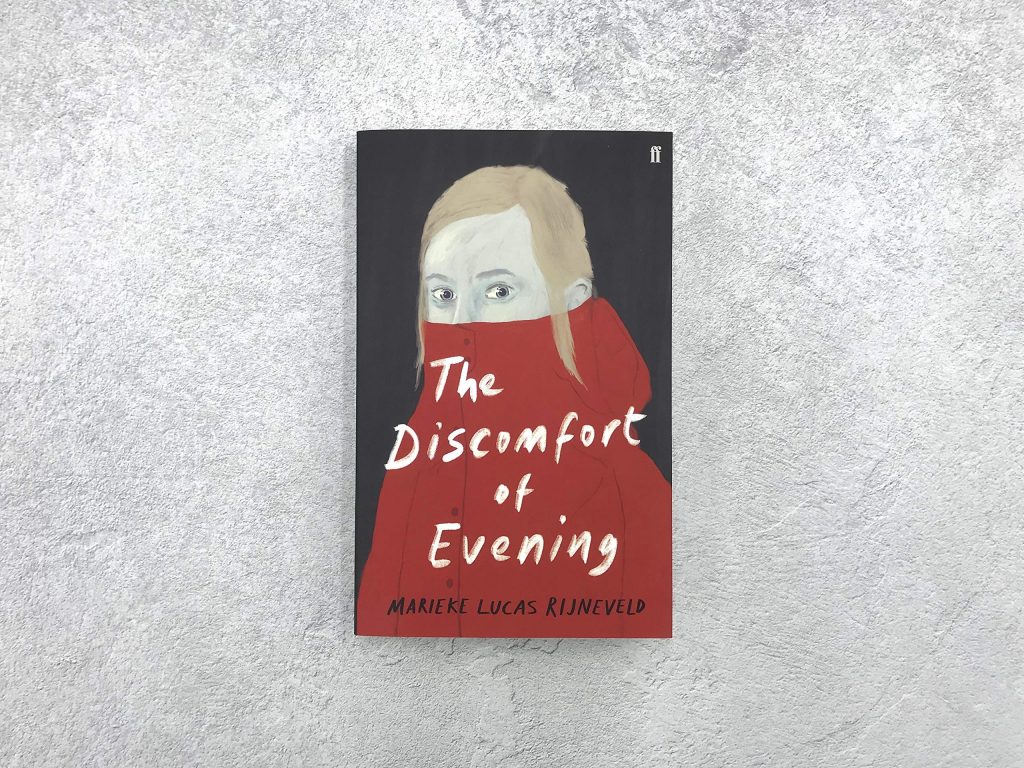 Translated from Hungarian, this 1942 novel is brilliantly written prose. It shows how essential emotions prevail until death. A 75-year old aristocratic general named Henrik invites his childhood friend, Konrád (who disappeared 41 years ago under mysterious circumstances) to dine with him in his castle. What follows is an expansive monologue touching upon the memory of their friendship, delusions of conspiracy, a quest, grief, loneliness, harm, existential queries, and accusations. As a reader, you ask yourself what Konrád’s side of the story might be, but he remains silent. Márai masterfully builds up that tension. I find the mystery and the never fully revealed secrets intriguing.

I love soundscapes ranging from ambient and electronic to atmospheric pop, as well as singer-songwriters, jazz and classical music – as long as it motivates me. I recently started my day listening to Romani-French jazz guitarist and composer Django Reinhardt. He created his own style, and his music is electrifying to this day. He’s a genius, just like Serge Gainsbourg. One of my favourite albums of this musical legend is the lavishly orchestrated Histoire de Melody Nelson. It’s the result of a collaboration with composer and arranger Jean-Claude Vannier. I love the tracks; the trip through the dark places of a man’s interior.

In May 2016 I was invited to attend the Queen Elisabeth Competition for piano – an unforgettable experience. I was extremely touched by a performance by Czech pianist Lukáš Vondráček: his fluent, refined playing of Rachmaninov Concerto n. 3. In June of the same year, I had to undergo surgery followed by an intense recovery period. I shared the hospital room with a patient who also listened to the Queen Elisabeth Competition. We filled our room with this beautiful music, and it helped both of us to forget the pain. I will never forget her closed eyes, smiling while listening to the music. It filled my heart with happiness.

Another performance that deeply moved me was Canto Ostinato played by four pianists in Antwerp’s deSingel. Created between 1973 and 1976 by Dutch composer Simeon ten Holt, it’s Netherlands’ most celebrated contribution to minimal music. It’s more than just a piece of music – it’s a mesmerizing experience. The title refers to the bass figures and harmonies, which remain the same or similar throughout the piece. Each performance of the Canto Ostinato is unique, because ten Holt‘s score gives the musicians a lot of freedom. It can last from sixty minutes to three hours. I love to listen to it at home and while driving. It’s a joy from beginning to end.

At home, I often tune in to Radio Klara. On 1 November, the focus was on silent music, ranging from Gregorian chant to neoclassical piano. It was touching and inspiring, and you can easily relisten via the Klara app. I love to spend my days surrounded by sounds from musicians and composers such as Ólafur Arnalds, Nils Frahm, Alice Sara Ott, Víkingur Ólafsson, Arvo Pärt and Ry X.

I also love podcasts. One of my recent discoveries is Onbespreekbaar by Jef Willem (Eagl) and Nicolas Overmeire, with valuable, genuine talks about mental health. They talk about issues people tend to hide: vulnerability, addiction to social media, how to deal with attention on social media, self-acceptance, stuttering, …

Click the link in our bio or head over to seeyouth

Leuven, as seen from @m.leuven (just before the lo

🎵 Brussels DJ @soumayapheline lets you into her

With the country locked down for the second time t

Lockdown in Leuven. Which bar do you miss the most