Art interview #12: Lien Craps about curating her first exhibition “Silence is so accurate”

A timely exhibition in today’s fast-paced, digitalized world: “Silence is so accurate” , now on view at Antwerp’s Geukens & De Vil gallery, revolves around the longing for quietness and stillness, a growing need that might be all too familiar for many of us. The serenity-inducing group exhibition, the debut show of Belgian curator Lien Craps, brings together works by 15 international artists: Matthew Allen, Pieter Vermeersch, Anna-Eva Bergman, Jean-Baptiste Besançon, John Zurier, and many others. We had a chat with the first-time curator about being bold, the necessity of having a sounding board, and what signifies good art.

Usually you work as a gallery assistant. How did you get the chance to curate your own show?

I started at gallery Geukens & De Vil six years ago as an intern, straight from university and still very green. This now seems an awful long time ago! Since we do not work with a large team, I have been given the opportunity to gradually learn everything from A-Z. It felt a bit like the icing on the cake when, exactly one year ago, Yasmine Geukens and Marie-Paule De Vil proposed me to curate my own show: I was given complete carte blanche for the Antwerp gallery space. I imagine for a gallerist it’s probably not easy to give matters in someone else’s hands like this, so I was quite motivated (and frightened as well) to create something ambitious. 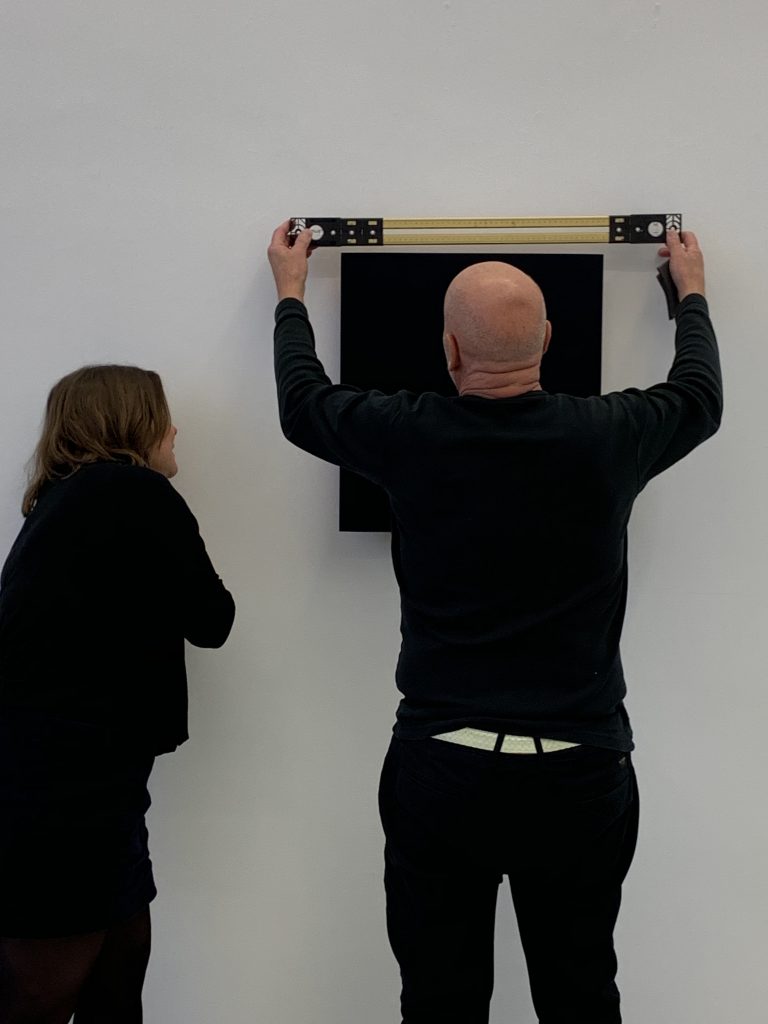 Lien installing with one of the artists

It’s your very first exhibition – what where the biggest challenges and your favorite moments?

I must admit that in general everything went relatively smoothly. I was very honoured that 15 of the 16 artists on my A-list said yes – something I did not expect as a rather unknown curator. I just went for it and boldly asked established artists to participate, although I knew it might be a challenge. When they said yes, or complimented me on my concept or choice of artists – these were some of the greatest moments during the whole process. And then, the moment right before the opening. Some of the artists had come from abroad, and it was a very great feeling to see how they perceived the show and their work in it. I really enjoyed the build-up as well. I knew it would be a challenge to maintain the idea of silence in a show with more than 15 artworks. But hanging the works on the walls and placing them in the space and seeing it all come together – magic! A big challenge was to arrange transport for so many international artists while staying within a certain budget (luckily I had a great shipper to work with); and forcing myself to push ideas that I knew could be risky.

How did your previous gallery work prepare you for all this?

It helped a lot with the practical side of things. I had assisted with many gallery exhibitions before, so I knew how things work (although I still picked up quite a lot of new things when curating myself). I remember that during one of my first job interviews, right after university, a museum director said to me “Tell me, how do you organize an exhibition in detail, from A to Z.” I remember just winging it. I had no clue, because during my art history studies I never learned anything about the contemporary art world and organizing exhibitions. I never forgot these words, and during my years as a gallery assistant I asked myself this exact question many times. So when the offer came to curate an exhibition, I felt ready. 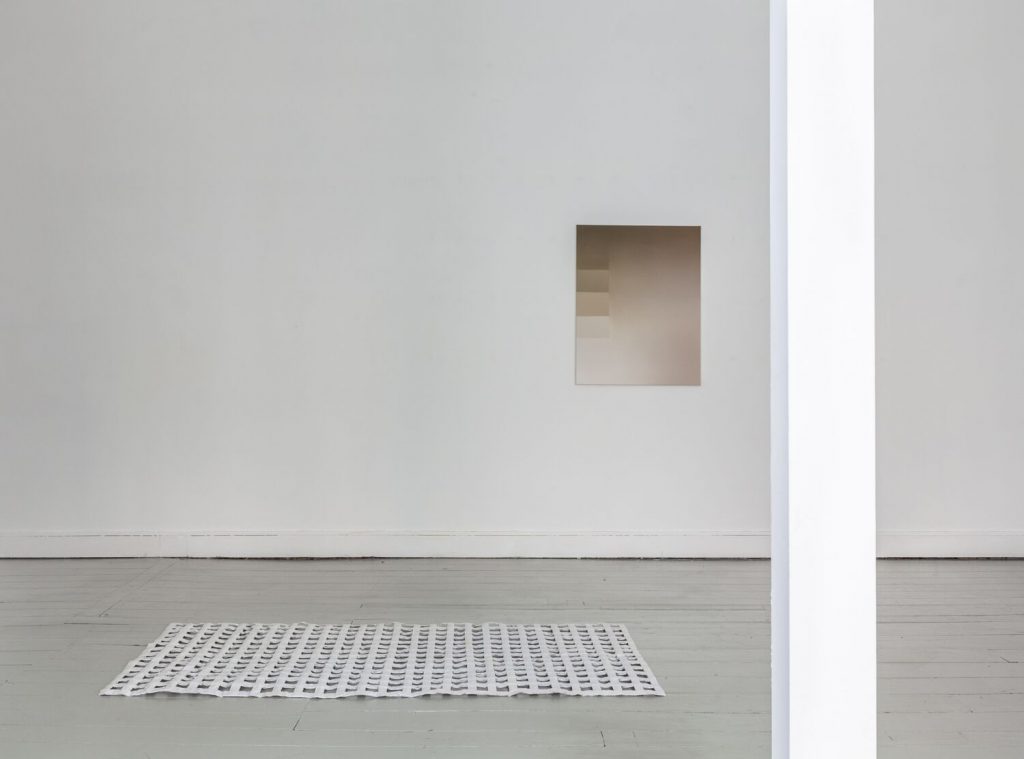 How did you approach the whole curation process? What was your starting point?

The idea to do a show around silence came to me during a period last winter when a lot of people in my daily surroundings were struggling with themselves. Many of them are very ambitious work-wise, but that was not the core of the problem. They felt a constant pressure (or put pressure on themselves), they felt they were, or needed to be, available all the time. Even their free time would be fully planned out, sometimes for months in advance. Due to the digital age and being on the phone constantly, it is more difficult to just focus on one thing like reading a good book for example. It’s something so normal and basic, but many people (including myself) only manage to do it during a trip far away, in nature, without Internet connection. I was aware that my direct surroundings mainly consist of thirty-somethings living in a city, so I researched the subject and discovered that this phenomenon is widely applicable throughout today’s society. My goal was to create an exhibition that could offer a moment of stillness. I want the viewer to experience a kind of soothing calmness when entering the gallery, either through just one work of art or through the show in general. So I started, very intuitively, to search for artists and works of art that had this effect on me personally. 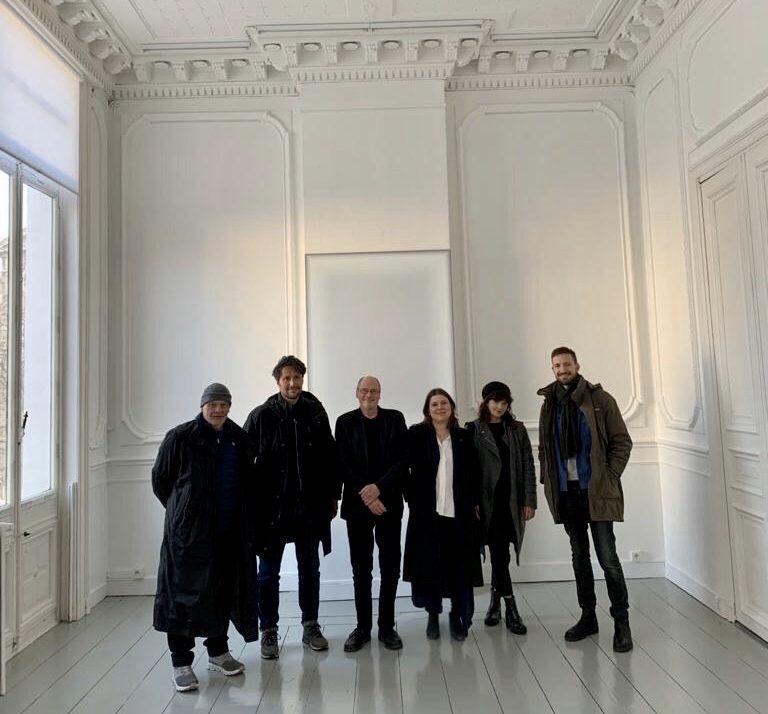 Lien (third from the right) with some of the artists

Can you elaborate on the title of the show?

“Silence is so accurate” is based on a famous quote by Mark Rothko, who refused to explain the meaning of his work, fearing that words would only paralyze the viewer’s mind and imagination. Silence has the ability to make us pay attention to the world around us, which means it is an element of dialogue. With this exhibition, I hope to open up this dialogue and offer a small moment of silence in which the viewer can feel disconnected from actual time and place. I found it important to show that silence can take many forms. The in situ installation by Nika Neelova at the entrance immediately imposes a strong and overwhelming silence. This is in large contrast to the works of Anna-Eva Bergman, Per Kesselmar and Matthew Feyld, which are determined by a cool Nordic light and evoke the feeling of lifting you up into the sublime. On the other hand, the dark almost squared painting of Günter Umberg is marked by an impenetrable depth and is pulling the viewer inside. It is hard to describe this in a short interview but most of the works need to be experienced live.

How did you choose the artists?

Some I knew, but most of them I discovered during the past year at art fairs, exhibitions or on Instagram. A few were recommended to me. I made a first extensive long list (which later became the definitive long list of 16 artists) and discussed it with people in my surroundings and Marie-Paule, one of the gallerists of Geukens & De Vil. It was important to me to have a sounding board, and a very big advantage be able to ask for advice within the gallery. 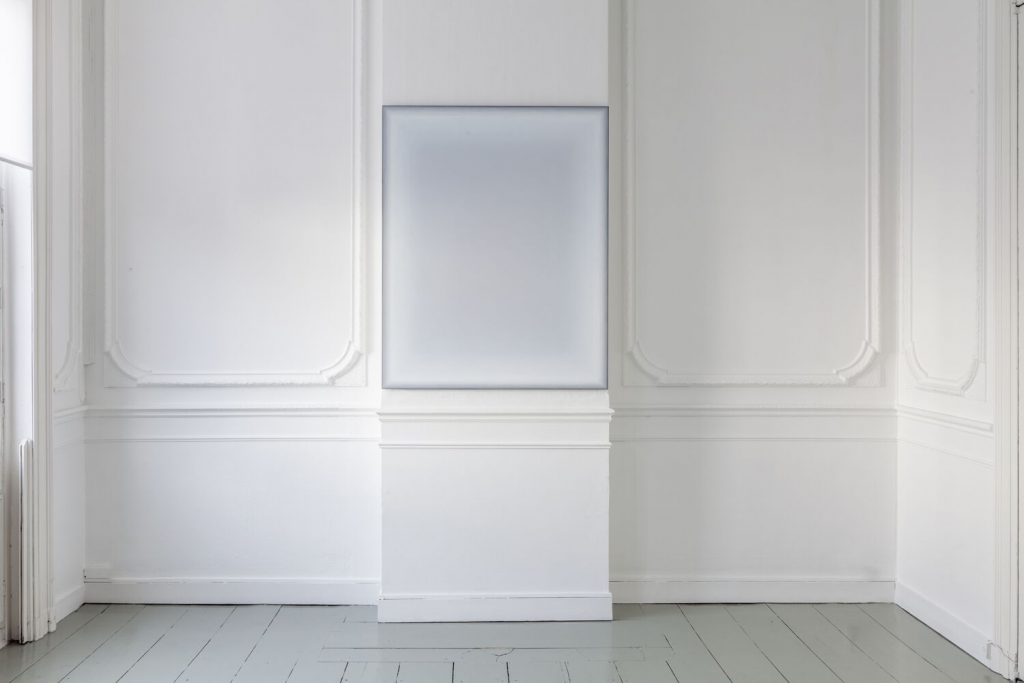 How important was your relationship with the artists, as a curator?

It is very important to me. Nevertheless, I didn’t have direct contact with all the artists present in the show. Some artists prefer to communicate through their galleries. However, most of them I got to know personally, and it was a lovely experience. I also really appreciated their feedback. From a few of them I received messages after the opening to say thank you, which of course is a very beautiful moment for a curator. That being said, there is a balance you need to maintain, because it is your job as a curator to make all the works fit together. An artist will maybe have a different view and look more at how his individual work fits in the show.

What have you learned during the whole process of producing and preparing the show? Any tips for other first-time curators?

I would definitely say: don’t be afraid to go after artists that seem out of your league and always go for works that fit your concept. You cannot settle for a work that does not fit your show, even though you really want to include that specific artist. Additionally, I have learned that it is very important to listen to other people’s opinions but at the same time, even though you might feel insecure sometimes, you need to maintain a balance and stick to your vision, even if it’s contrary to other people’s ideas. 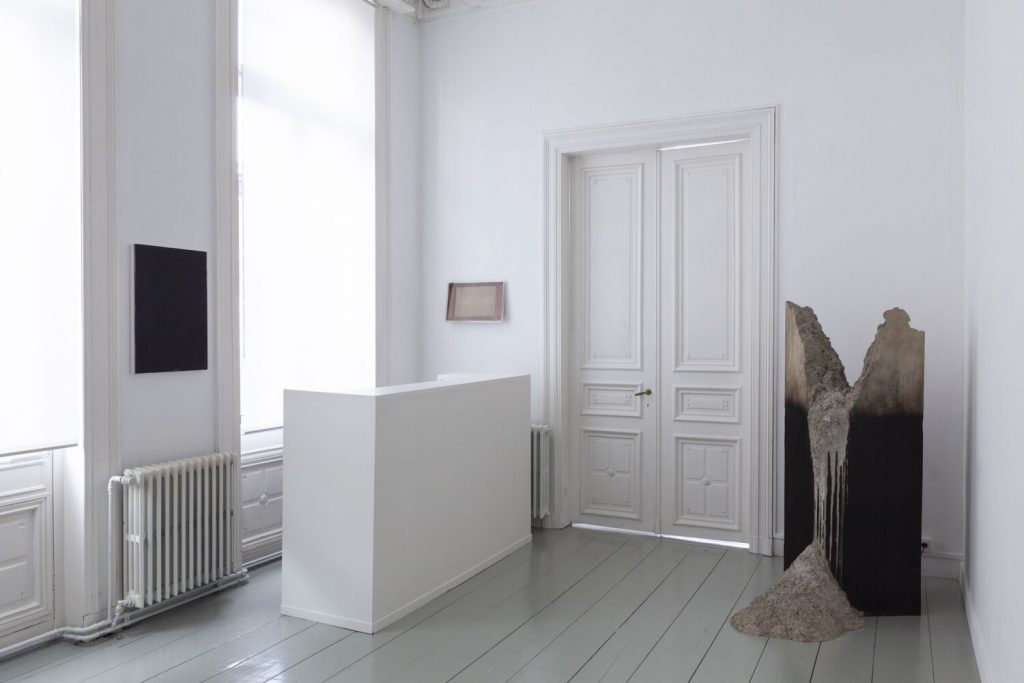 What got you into art in the first place? A certain piece, a certain moment?

I have always been interested in art, drawing, and painting since I was little. After three years at the art academy I was fed up with many of the teachers and their teaching ethics. So I decided to quit and study language and literature instead. However, after less than a year, I missed it too much, and changed to art history, and discovered my true big passion.

This is a very difficult question. I guess I often listen to my gut but I am biased by my education and work experience as well. In my opinion, if you see a work and hear the thought behind it, it can only get better, but it is never good if you need to hear the idea in order to like something. Art is very subjective but if a work is really good, everyone can feel it on a subconscious level. Often people apologize when talking about art, saying they don’t have any knowledge of it – but I think it is not necessary at all to be educated about art in order to enjoy it or feel connected to it.

Silence is so accurate – From 26 January to 14 March

8 February, 10am-1pm: Yoga with Inge de Backer: Looking into silence from an Ayurvedic and yogic perspective