Preview: Forêts, a group show about the force of the forest

The exhibition “Forêts”, opening at Maison des Cultures de Saint-Gilles on 18 February, explores the multiple facets of the forest: the real and the fantastical, the inspiring and the terrifying. The multi-genre show features over 250 artworks by 18 artists, all with a connection to Brussels. Illustrations, photographs, performances and installations convey the importance of the forest as a force in the life and work of these young artists. The creative minds behind it all are Aurélia Deschamps and Aurore Vegas, both illustrators and founders of art collective Caillou Conquis.

Why did you decide to work together?

Aurélia: We’ve been friends for over eight years, since we both moved from France to Brussels to study art. I did illustration at Saint Luc and ERG and Aurore studied comics at Saint Luc. We both loved Brussels so much that we decided to stay and work here.

Aurore: We do a lot of illustration work, but we don’t always have the opportunity to show all of it. Because we’ve been in Brussels for so long, we’ve met a lot of artists working on similar things, and we saw that there’s a lot of excellent work they do that doesn’t get seen either. That’s why the idea to form the collective and organise the exhibition seemed obvious to us.

What’s the meaning of Caillou Conquis?

Aurore: Conquered stone, something like that. Pebbles and stones are very common things, but you can make them precious or they can become precious on their own. And “Caillou Conquis” sounds good, it has a soft sound. 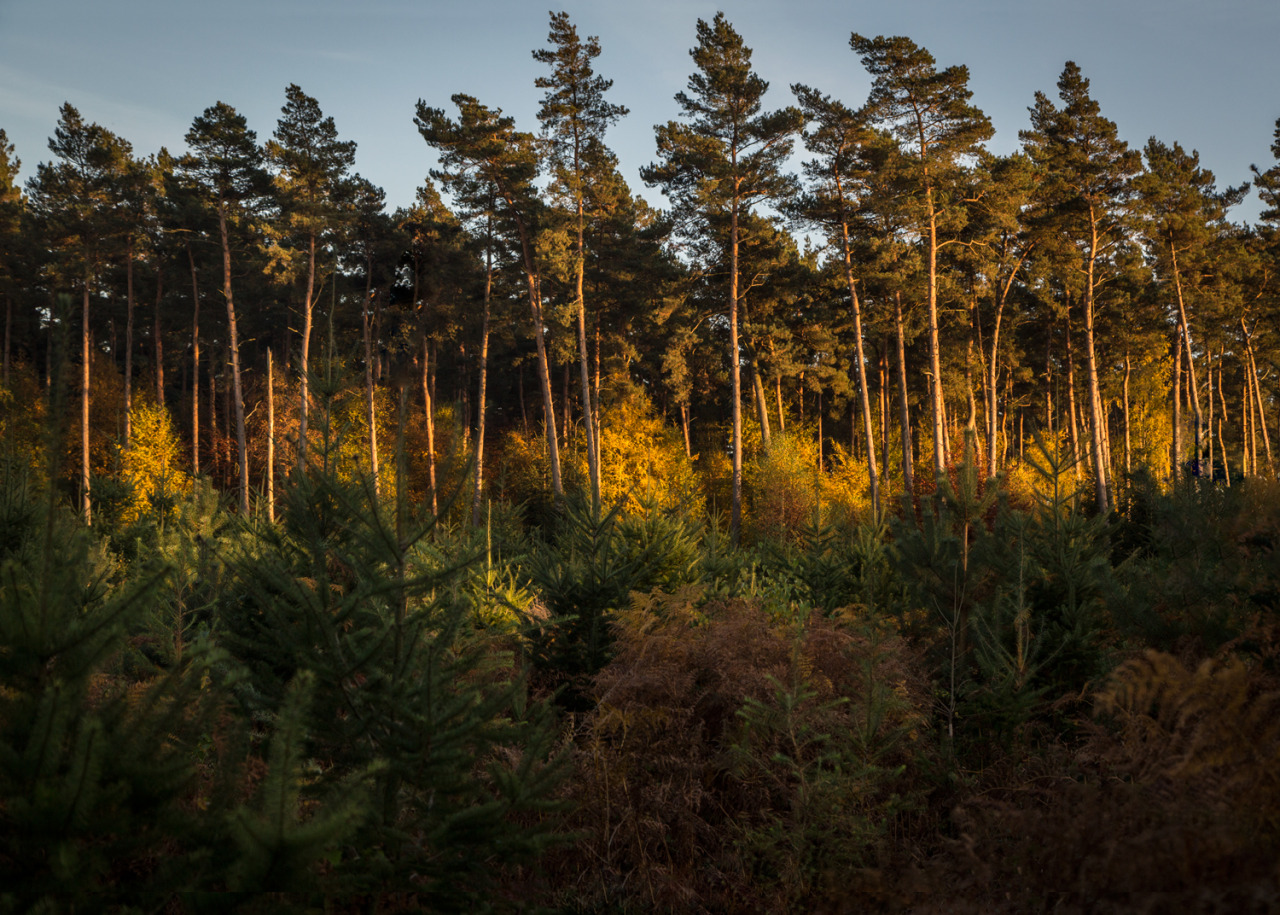 Why did you choose the forest as a theme?

Aurore: It came up because the themes nature, vegetation and greenery are very important for our work. It’s such an infinite theme. And bringing all these young artists together to work on one theme is a way to dare to make something much bigger than we ever could on our own.

Aurélia: We didn’t have to think too hard about the theme. The same way the idea of having an exhibition presented itself, the forest as the concept to explore also came quickly. I definitely think that we’re stronger together. This is our first exhibition, and it’s very, very big for a debut.

What meaning does the forest hold for you personally?

Aurélia: I see the forest as both a place that’s very old, but also a place of constant change and renewal. Sometimes it’s magical and sometimes it’s scary. There’s strange odours and perpetual movement. Artistically speaking, it provides a wealth of inspiration for drawing, both in a realistic and fantastical sense. The patterns, the lines of the leaves, the colours… And the movement is important for drawing too.

Aurore: The concept of the forest exists everywhere. It refers to the dark things and the bright things. It’s beautiful, but it’s also terrifying. I love the fact that you can get lost in the forest, and that nobody will find you. But you can hide there, and it’s very mysterious. I was very impressed by the stories of the forests from the Middle Ages, where it was perceived as the home of beasts. It’s the place for the crazy man, but also for the wise man, as well as the beast. It’s almost like everything is revealed in the forest. 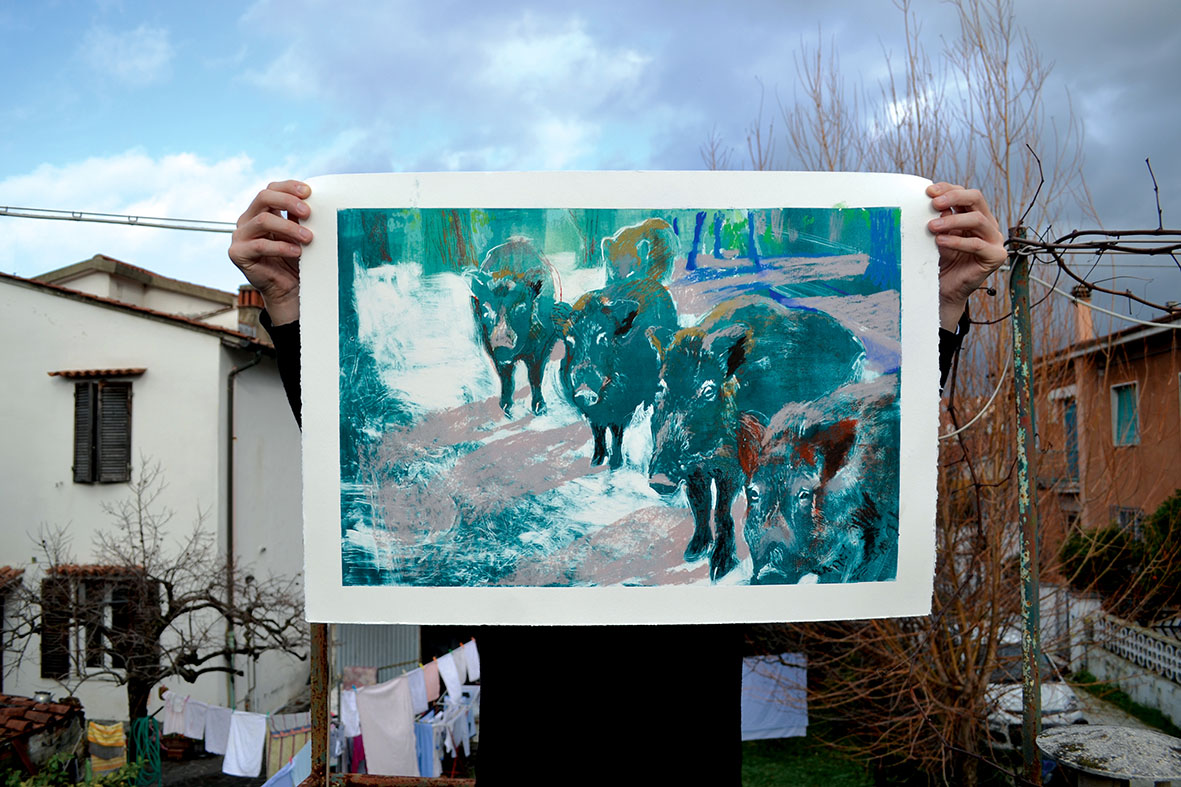 How did you choose the artists for the exhibition?

Aurore: We chose people we knew more or less, people from Brussels or who have a link with Brussels. Most of the artists studied here and we met them over the years.

Aurélia: We chose people whose work we like, obviously. But what was also very important for this particular project was to pick people whose work is inspired by the forest in some way already, and who we felt would really embrace this theme.

Which one of your personal works will you two be exhibiting?

Aurore: The central piece is a charcoal drawing, which is based on the greenery of the forests in China. I found a photo of a bamboo forest, taken from above. The angle of the photo made weird, almost bubbly shapes, and it’s not immediately clear what you’re looking at. I wanted to give my own version of that.

Aurélia: I made a series of graphical research in small formats representing trees and plants which interest me. I tried a new technique that I don’t usually use: coloured inks. It lends itself well to these works, an iterative series made in a rapid way, with trial and error, allowing the work to evolve in an organic way. This leads to several larger pieces inspired by old botanical scientific drawings. I give it a more contemporary and vibrant touch and it’s less about real plants and more an exploration of possible plants. 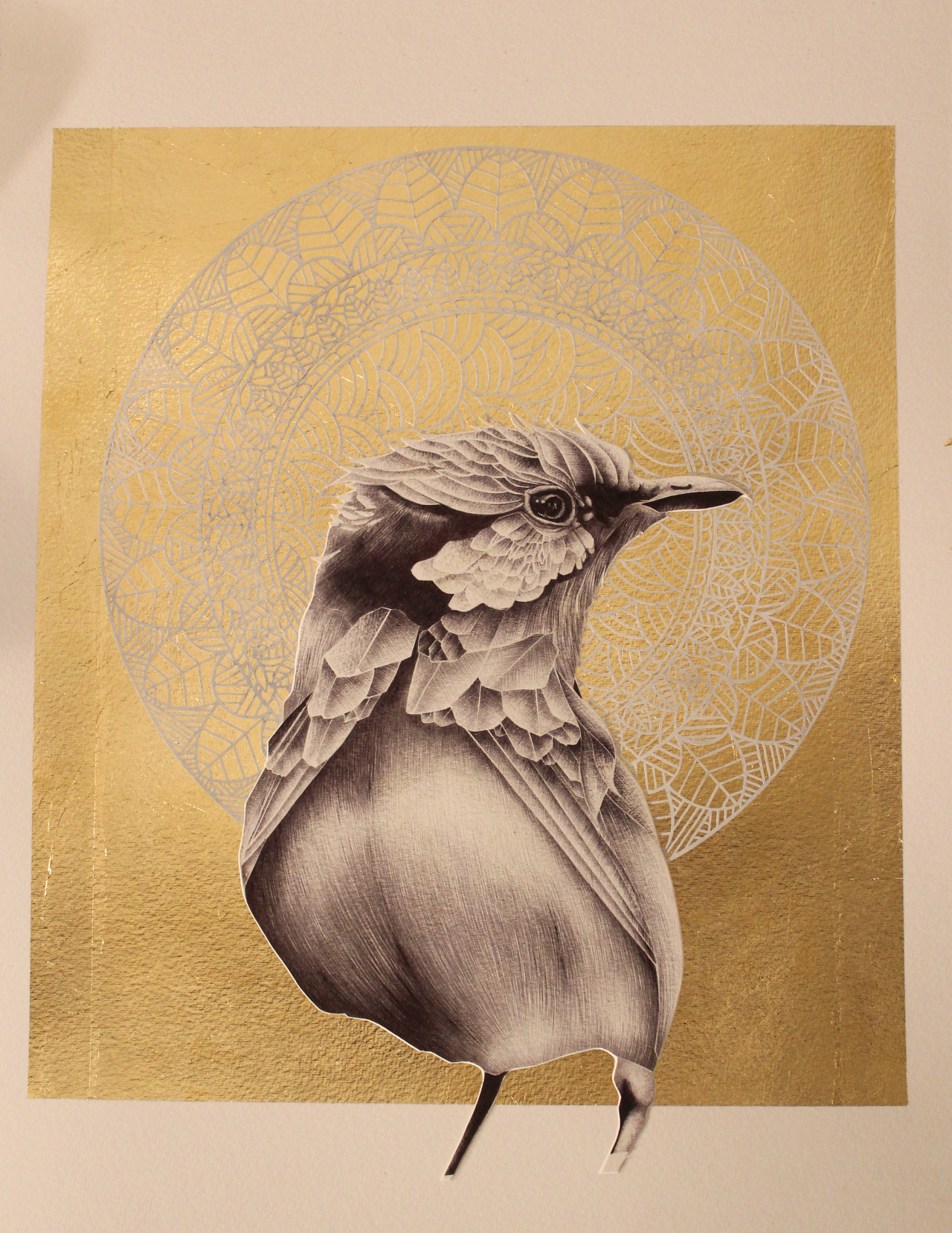 What works can we expect from the other artists?

Aurélia: There are so many. Alice Khol chose hunting as her subject for a photography reportage, as well as a short film. Zoé Jusseret has made a slightly unsettling series of monotype drawings, based on a school trip into the nature, for example.

Aurore: A group, led by Kelzang Ravach, is contributing a big installation based on Tibetan legends of the Nagas, sort of elemental creatures. They will do a performance on the opening night. Thomas Mathieu has constructed a giant kaleidoscopic box – it’s hard to explain, but I love it! And we have so much more, we can’t mention them all, you’ll have to come and see.

What’s next for Caillou Conquis after the exhibition?

Aurore: Holidays! But then we want to start working on the next exhibition. We don’t have a theme yet, but I like the theme of lakes and mountains.

Aurélia: We have been toying with the idea of holding workshops with children to share the creative energy the forest gives us. This is just the beginning.