Five-piece Parcels formed in 2014 while at high school in Australian coastal town Byron Bay. Five years later, the band is signed to cult label Kitsuné, has made Berlin its homebase, collaborated with Daft Punk for the song “Overnight” and is touring the world. Their debut album released last year is a groovy mixture of electronic and disco elements, often dubbed “retro pop” due to the Aussies’ obvious 70s references – long hair and swanky moustaches included. We caught up with frontman Patrick Hetherington and drummer Anatole “Toto” Serret during their tour stop at Botanique to talk choosing a cup of tea and a book over the rock’n’roll tour life, the making of their first record, and Berlin’s best sandwiches. If you missed Parcel’s gig in Brussels: they’ll be playing Pukkelpop this summer.

I actually remembered that I had to do this interview while playing Red Dead Redemption, when I came across an old post office in the game graced with a “Parcels” sign. Apparently you named yourself after a sign like that. Do you play video games at all?

Yes, that’s the story of our band name. We hardly play any, but when we first moved to Berlin we bought a Nintendo 64 and the only game we had on it was Mario Kart. We forever wanted Super Smash Bros but it was hard to get. Well, you can get it but we couldn’t afford it.

What do you do to pass the time, especially on the tour bus?

We read a lot on the bus. It’s quite boring actually, we get on the bus, eat a sandwich, go to sleep, and then you arrive, you get in the venue…the days just slip by at the moment.

Do you have time to visit the cities you play in at all?

Not really. Sometimes there’s time for a walk or to run an errand.

As you’re reading quite a bit on the bus – anything you can recommend to our readers?

Are you guys party people at all?

No, not really. More like staying healthy, drinking tea.

Alright, I was going to ask you how you survive a tour, but it doesn’t seem to apply here then! (laughter) Let’s talk about your music: now that you released your first album, found your style and have quite a bit of success – how is this going to influence how you write music in the future? Do you feel like you have to keep it the same, or explore new paths?

We’re really cautious of that. The album is not very conventional; it’s not one sound. We are exploring a whole bunch of ideas and it’s very “whatever”, we just kind of went with the flow. We tried to set ourselves up in a way that, as our music is a whole bunch of things, that it hopefully engages our crowd into thinking that we’re up for change. We are going to move around, we are going to experiment. That’s super important to us. Having that set up, it will help us not to be affected from a certain success. It’s important for us just to follow our musical path more than anything.

You don’t want to think about what people might expect from you.

Exactly. It’s impossible to do that anyway. It’s pretty obvious we’re not following a trend. We’re not even on the forefront of knowing what’s trendy. God bless the people that are on the front of the train (laugh).

How do you write music? Is there a typical way for you of coming up with songs? Is one person in charge, does everyone bring ideas, …?

A lot of the songs come from Jules or Pat: they kind of work it all out and do the whole demo process. And then we sit together and listen and take what we like and work on what we don’t like until we’re all kind of “vibing it”. Then we take it into the studio. At first most of it was electronic, and we’d mute the drums and record live drums, mute the bass and record it live… but sometimes we also just make everything completely new. We do the demo, redo the demo, and then scrap it and make it new. It’s nice to do sometimes because every element you record will have a new taste or flavour; it has something that will inspire what you do with the next instrument you’ll put on it. This is how we did it for the first album, and it’ll probably change. 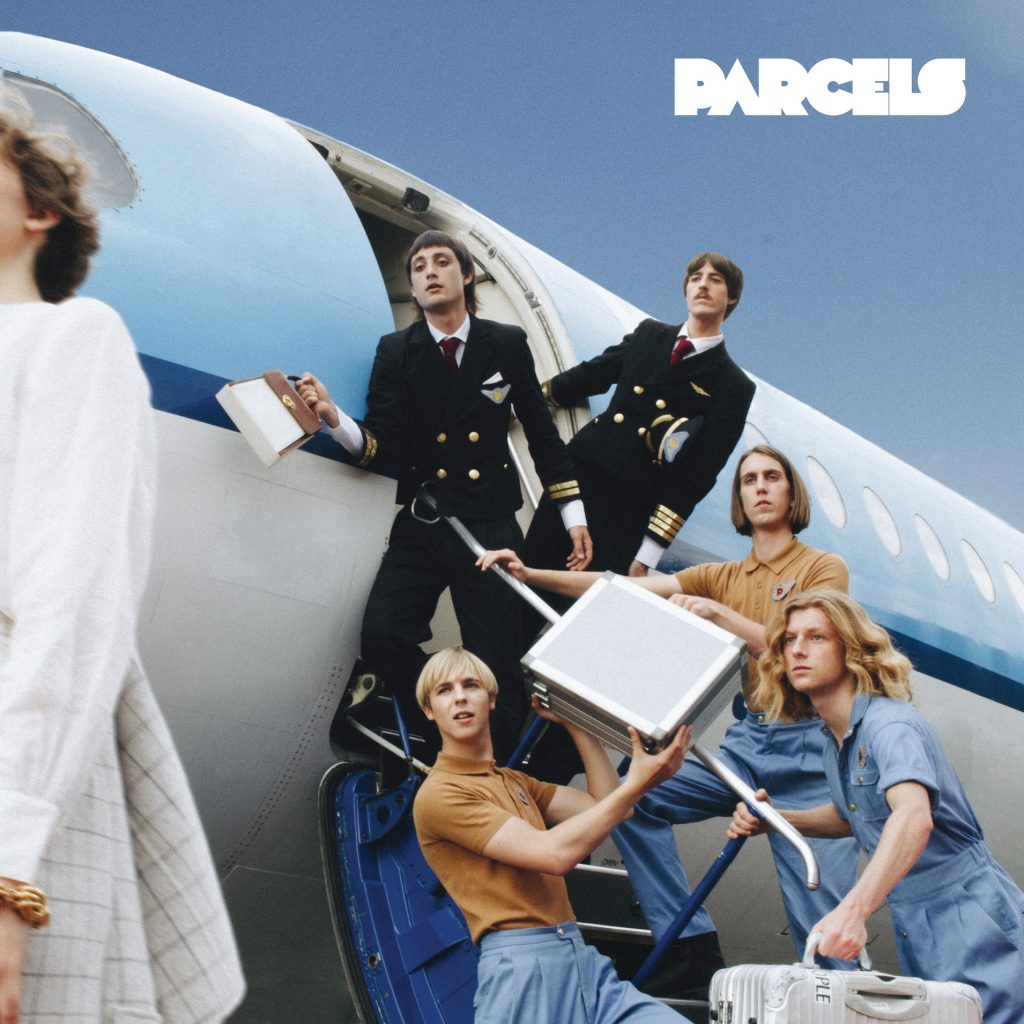 What’s the step you like the least in the process?

Editing. The last editing of all the final tracks. It’s just awful.

Yes, it’s the opposite of making music and it’s actually the one part …the mixing and the editing makes you not want to do an album again for months and months after.

Can’t you just give it to a sound engineer you trust?

We’ve tried, but we got too much of an idea about it. We’re too protective of our music. We put so much effort into every part of the process that it doesn’t make sense for us to give it to somebody else. We could try en editor maybe, not a mixer, to clean everything up. Apparently you can pay people to do that. Our sound engineer helped definitely, but there’s so much.

When I heard you guys chose Berlin as the city of your choice in Europe , I though it was a bit strange at first. It’s so overrun by electro and techno music. Did you know about that and how did that inform your decision? Did you have to adapt?

We didn’t really know that to be honest. When we heard “electronic”, we thought people meant “electronic bands”. This DJ culture is so not a thing in Australia. It was a real shock, but also in a good way, to arrive in Berlin and discover there is this particular culture, which literally doesn’t exist outside of it. We definitely got excited in the first months of being there and got into electronic music, but it’s never been what we imagined for Parcels. Going to the right Berlin clubs did make us realize that there actually is good electronic dance music out there, and that has influenced us in a way. 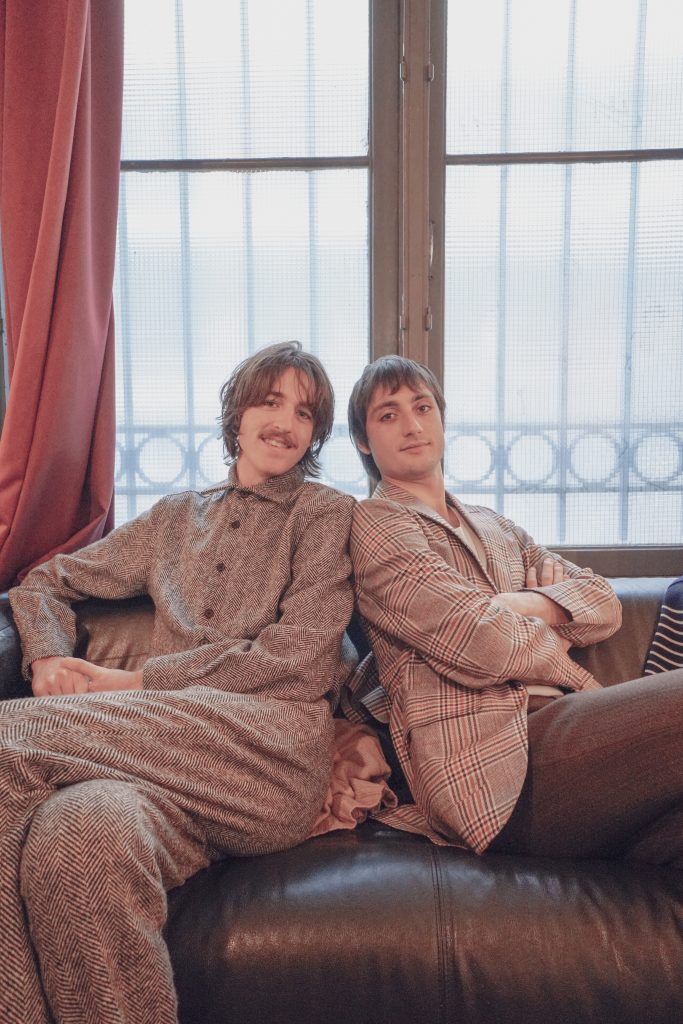 What are your three favorite places or things to do in Berlin?

Berlin is full of parks, but there is this one that is different. Most of them are not structured at all, but this one is kind of sunken in, with walls around it, and there are these big really nice buildings, and the grass is really well-mowed. It looks French somehow. Anatole plays Badminton there. It’s kind of wanky, but Jules, after never having been to a spa in his life, discovered the Liquidrom, where he likes to go after touring. And then there’s of course the Sahara Imbiss, which we also mentioned in the credits of our album, because it’s the sandwich we ate every day when making it. It’s a Sudanese place.