When New York’s celebrated Independent fair chose Brussels as the location for the launch of its very first adventure abroad, it meant an enormous stamp of approval for the Belgian capital as an art hub. But while the first two (highly successful) editions took place alongside Art Brussels in April, the fair makers now decided to venture out on their own, moving the event all the way to November. An interesting and rather unexpected choice which you can read more about here.

There’s been quite some noise over the months around a show at Ghent’s Museum of Fine Arts (MSK) on the Russian avantgarde. Art critics questioned the authenticity of the works, an expert commission to assess the controversial loans was appointed, and now museum director Catherine de Zegher was suspended. More about the scandal here. 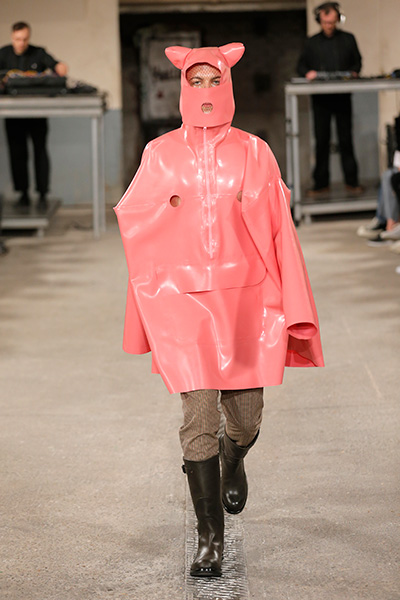 As Dior’s creative director, Kris Van Assche is without a doubt one of Belgium’s superstar designers. Online fashion mag Hypebeast recently interviewed him about his 2018 winter collection and balancing heritage with ambition. Read the full conversation here.

More runway news: Belgians are definitely leaving their mark in the fashion world these days. Here Vogue reviews the 2018 fall collection of Walter Van Beirendonck, graduate of the Royal Arts Academy in Antwerp and member of the internationally renowned Antwerp Six. His provocative collection was based on fetish, recreational sex, and the freedom that represents. More here.