The week in Belgium from 11 to 17 October

What’s on in Belgium this week, from art book fairs to roller discos. See you there! 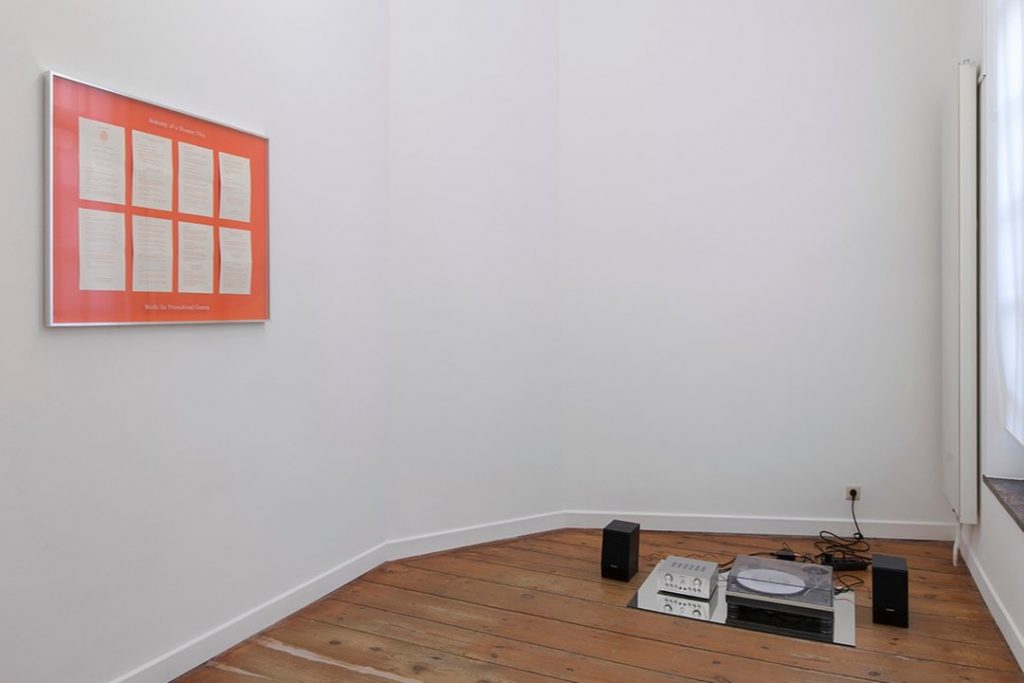 After having started out in her own home, Brussels curator Ann Cesteleyn decided to extend the gallery space to a new venue in the Sablon area. Under the name BEIGE, she wants to put forward a new generation of conceptual artists while bridging the gap between art and public through an informal setting and events, often in presence of the artist(s). “The location at Sablon functions as a window in the city, a prelude of what’s to see at the house”, she says. First up is Düsseldorf-based artist, curator and publishing collective Studio for Propositional Cinema.

Roller disco: Roller Together #3 at See U 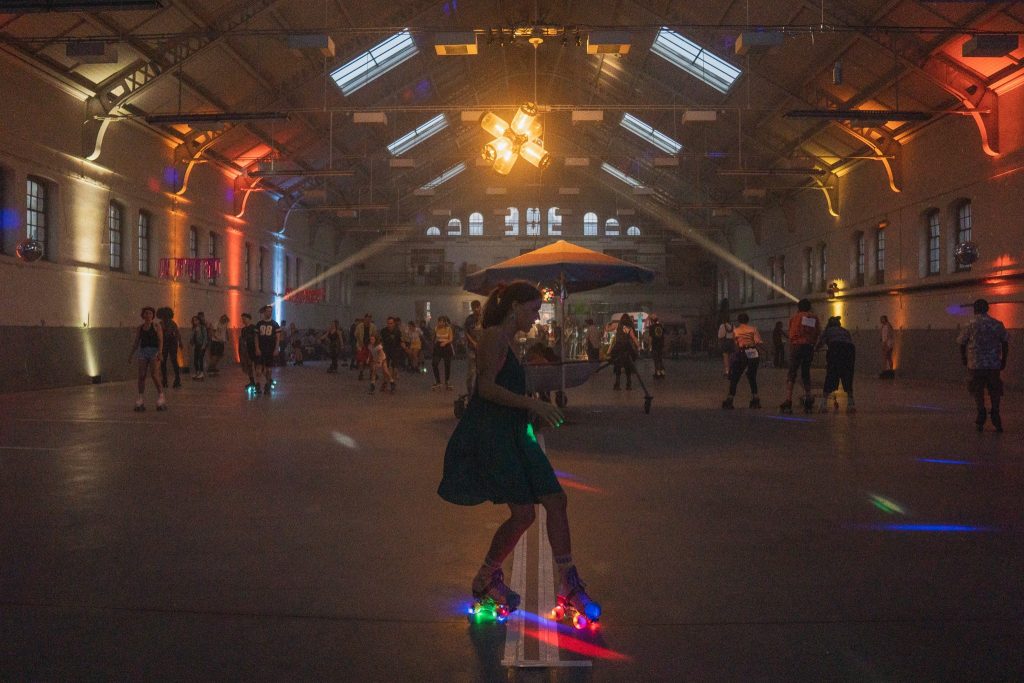 A 70s trend is making its comeback: The Roller Disco has returned! This weekend, cultural hub See U invites you to the third edition of “Roller Together”, transforming its main hall into a giant skating rink. There’s also a bouncy castle for the little ones, pizza, and the possibility to participate in a “Roller Tinder” to find that one that makes your heart roll. By the way, if you don’t have your own pair, you can rent one on site. 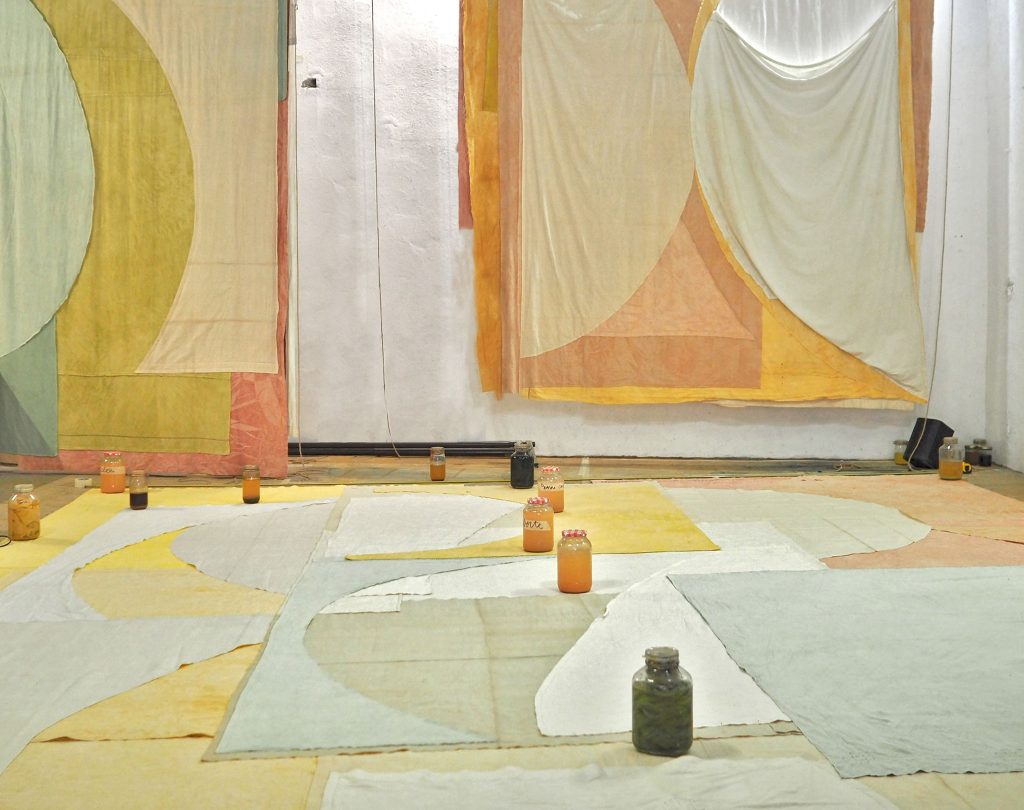 Last week, French artist Adrien Vescovi revealed his eye-catching painting-come-installation “Soleil Blanc” (White Sun) in Sorry We’re Closed‘s new gallery space. The monumental piece, airily floating from the ceiling, will still be on view until the end of the month. Having spent several years in a quite isolated manner in the mountains of the Haute-Savoie region, Vescovi turned to natural materials, making paint from herbs, spices, leaves, or bark, and sometimes incorporates the impact of the weather such as the sun or snow into his working process. Rethinking painting in a both natural and architectural way, he also considers the history of the places he exhibits in. 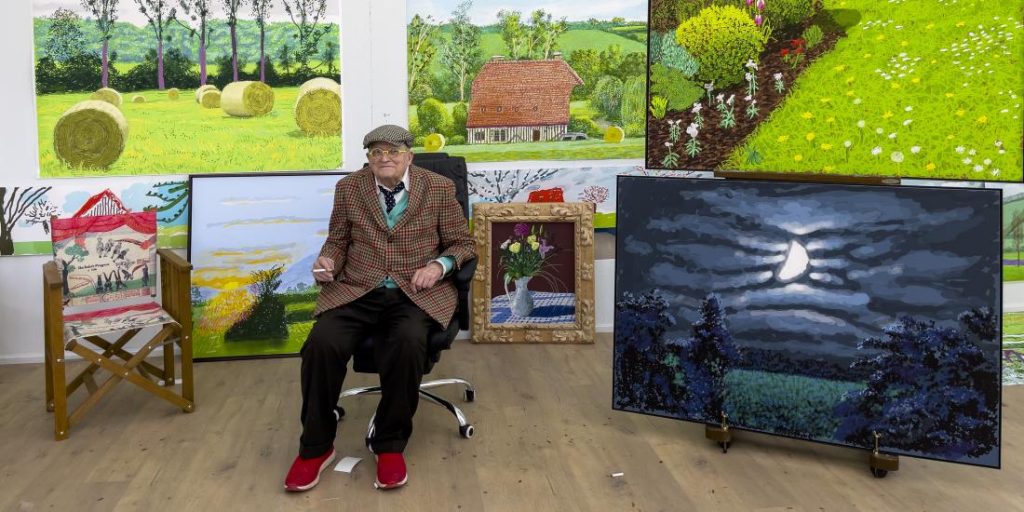 After almost thirty years, David Hockney, one of the most celebrated and influential painters of our time, is back in Brussels’ Bozar with an impressive double exhibition. While “Works from the Tate Collection, 1954-2017” looks back on the different stages of his entire career featuring some of his most iconic pieces, “The Arrival of Spring, Normandy, 2020″ opens a completely new chapter: At the age of 83, during the first lockdown last year, Hockney took the unlikely decision to start painting on his iPad. “I haven’t stopped painting or drawing – I’ve just added another medium”, he says. 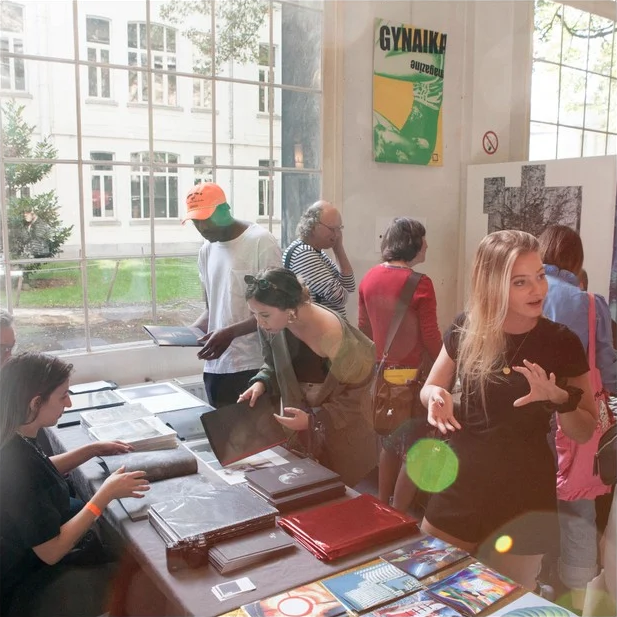 The Antwerp Academy Art Book Fair, now the largest of its kind in the Benelux region, celebrates its 7th edition this week. Divided into three sections, “Past” presents antiquarian pieces, “Present” is dedicated to contemporary publishers, and “Future” shines a light on higher art education and research publications. More than 120 exhibitors from home and abroad will fill the Academy’s atmospheric galleries and corridors with gems made out of paper.