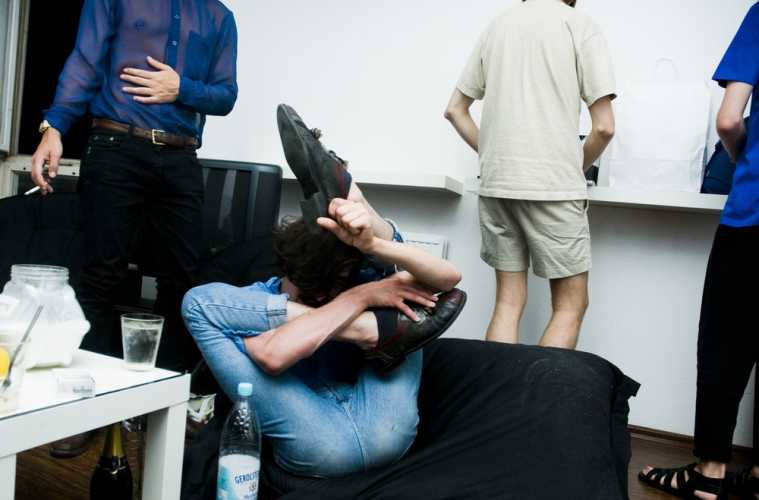 How did the idea for the book come about?

I had already written some short stories in the past, which were published in Komplot’s YEAR Magazine. Felicia and Bartolomé from Shelter Press liked them and together we had the idea to expand its scope.

Your writing seems quite abstract at times. How would you describe the content of “Retrospective”?

Basically it’s a commentary on art reality blending comedy and science-fiction. The content is not too far away from an exhibition actually.  It’s a mix of narration, performance, comedy…I’m treating different questions in a comedic way. I would call it sculptural writing: it’s deformed, much too detailed and as such a comment on contemporary art literature.

So it’s less a work of literature and more of an art piece?

Exactly. After all it’s written by a curator without a literary background. But writing does play a big part in the art world. Artists and curators have to write about artworks and many artists make language and narration a part of their artistic practice. I think I approached the whole project more like an artist would do it.

What were your inspirations?

I mainly drew on my personal experiences. That’s why the title, “Retrospective”. It’s a mix of personal half-fake anecdotes. The art world with all its alcohol-rich openings, curating and also faggotry are prevailing themes.

You’re dealing with your sexual orientation in a very open way. Is the book also an attempt to make homosexuality more accepted?

Not accepted, but more visible. There’s not really a message. I want to make it more visible in a funny, playful way; in the same way transvestites do. One chapter is titled “Why homos are better”, for example.

What book should everyone be buying for Christmas?

“The Naked Civil Servant” by Quentin Crisp. It’s been quite an influence for “Retrospective”.