When New York’s celebrated Independent fair chose Brussels as a location for its very first outpost last year, it felt like the ultimate stamp of approval for the Belgian art scene. But would the hype of the first edition be able to last? The answer is a definite yes. It looks like Independent has found its place in Brussels’ artistic landscape, also because of its permanent space in the city’s gallery hub in Rue de la Régence, where it regularly hosts exhibitions throughout the year. This second edition once again brought together big names such as David Zwirner, Gladstone and Sprüth Magers with the younger, wilder galleries, making for an exciting mix. The fair boasts a number of innovative curating concepts, making the experience that much more rewarding. Have a look at a few of our favorites below.

A refreshing sight at Independent were a number of galleries joining forces to set up collaborative booths. Thus did Brussels’ Jan Mot together with gb agency from Paris, who happen to represent two artists who are friends and have already worked together in the past: Mexican-born Mario Garcia Torres and Brit Ryan Gander. The result is a playful, elaborate presentation including video works, installations and telegrams: “Dear Ryan, I bet this piece gets more attention than anything you show at our booth. If it does, I get to keep it. If it doesn’t, it’s all yours.” 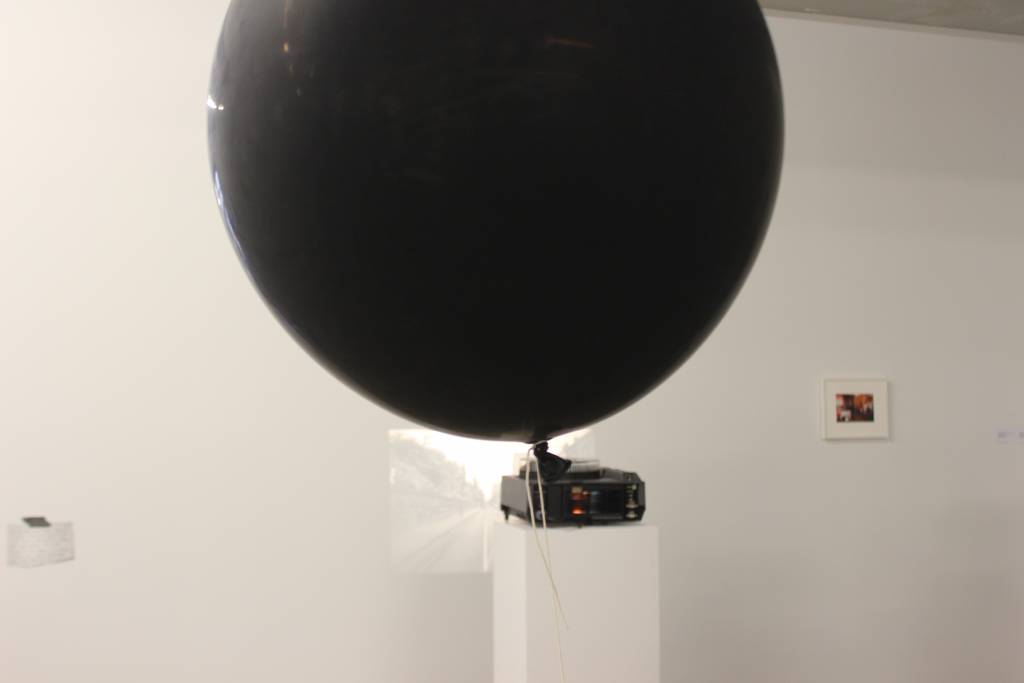 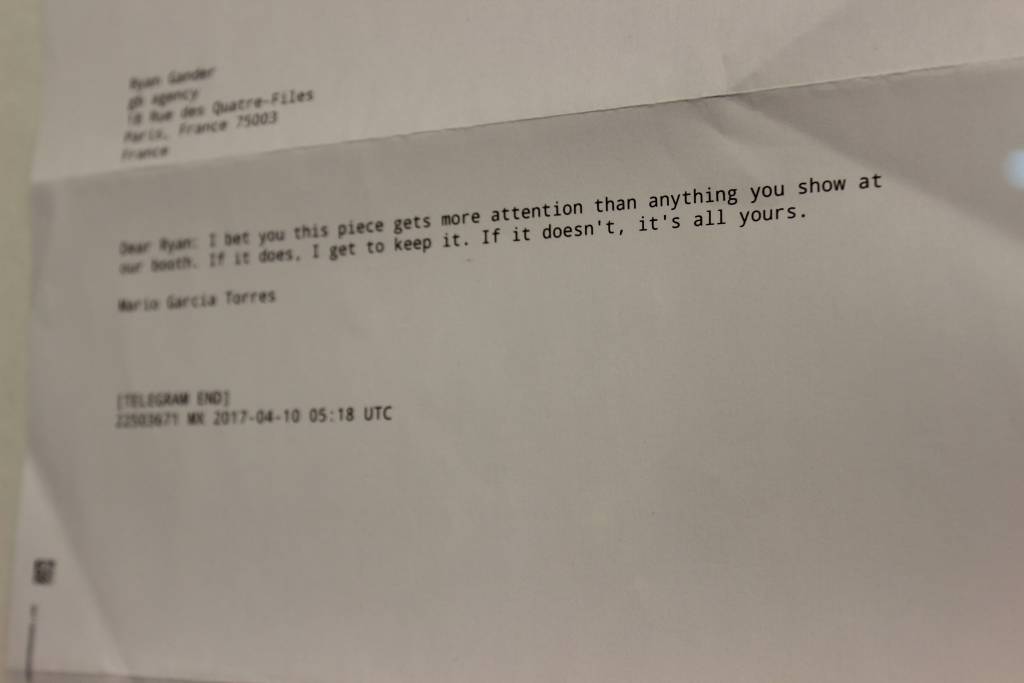 Both visually and conceptually, art world giant David Zwirner‘s booth was a total winner. The gallery gave over the curating reigns to Canadian artist Marcel Dzama, who thought up a multifaceted yet harmonious, genre-crossing booth around the theme “The Mask Makers” featuring artworks by about 30 different artists from the gallery’s roster, ranging from Isa Genzken to Stan Douglas. Their works are presented in an environment created by Dzama himself. 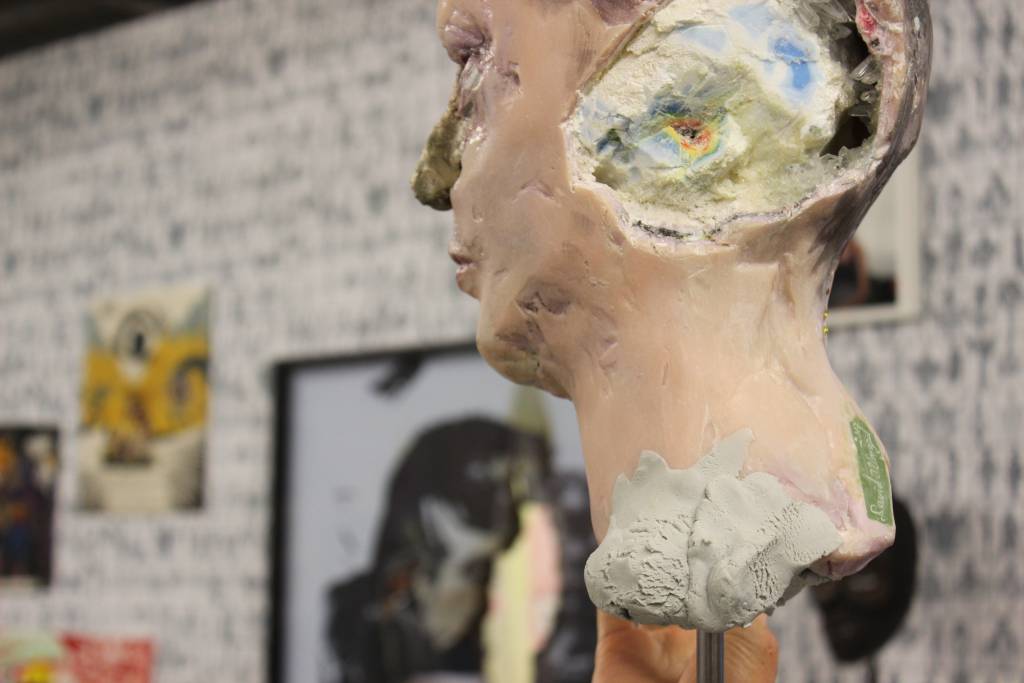 Antwerp’s Trampoline Gallery went for an interactive installation by Belgian artist Vaast Colson: “Liberatomania”. If you were lucky, the gallerist approached you to play the hangman game with him, and each winner who guessed the artist’s name correctly was sent home with a teeny-tiny piece of art in his pocket signed by Colson. 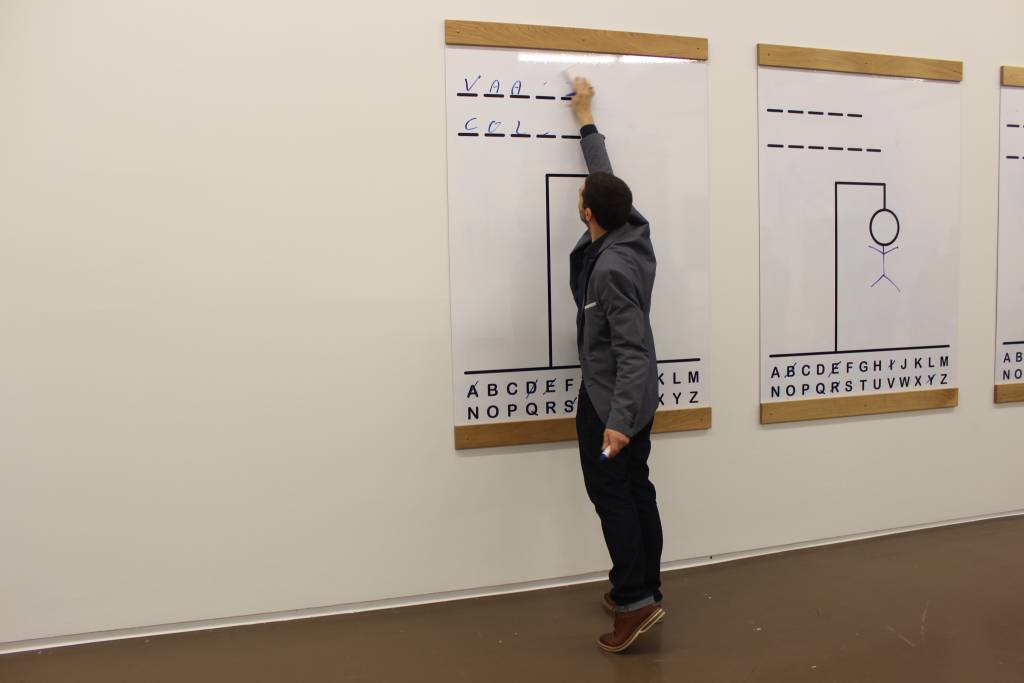 Here’s another great example of a fruitful gallery collab: Clearing (New York, Brussels) and Parisian Galerie 1900-2000 team up for a joint booth for which both galleries chose artists from the other one’s roster. As a result you will find works by younger, emerging artists right next to historic masterpieces. With Marina Pinsky, Harold Ancart, Marcel Broodthaers, and Many Ray. 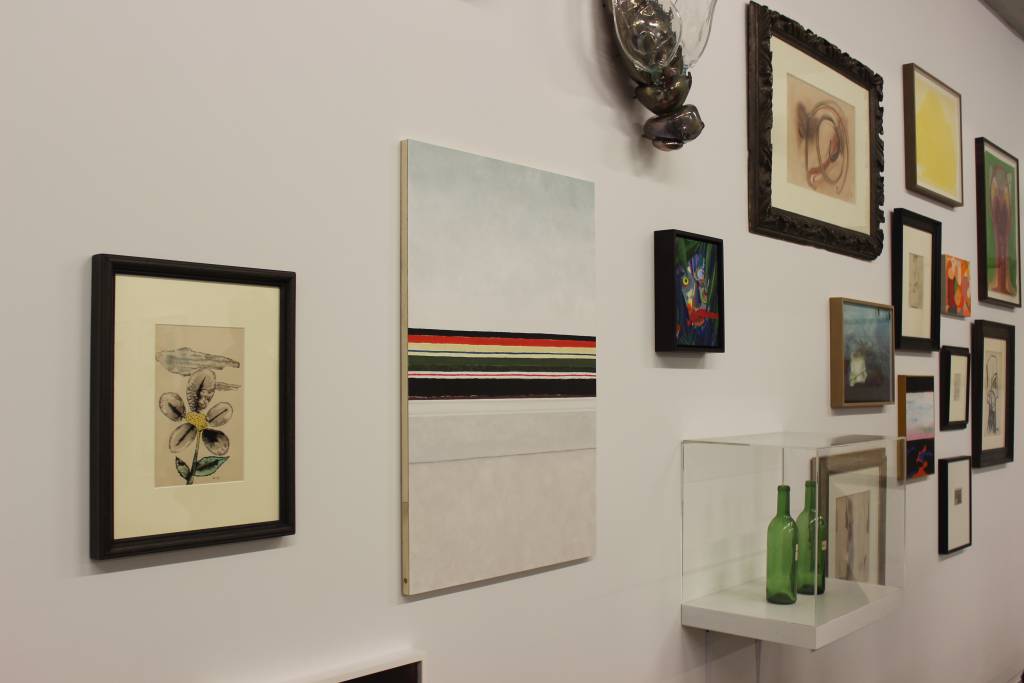 The definite eye-catcher in Super Dakota‘s booth is a mesmerizing tryptic by British artist Alex Clarke, whose practice revolves around exploring the act of creating through constant making, editing and re-arranging as well as the relationship between the viewer and the artwork. Also on show: Jan Groover, Joachim Bandau, Dean Levin, and Conor Backman. 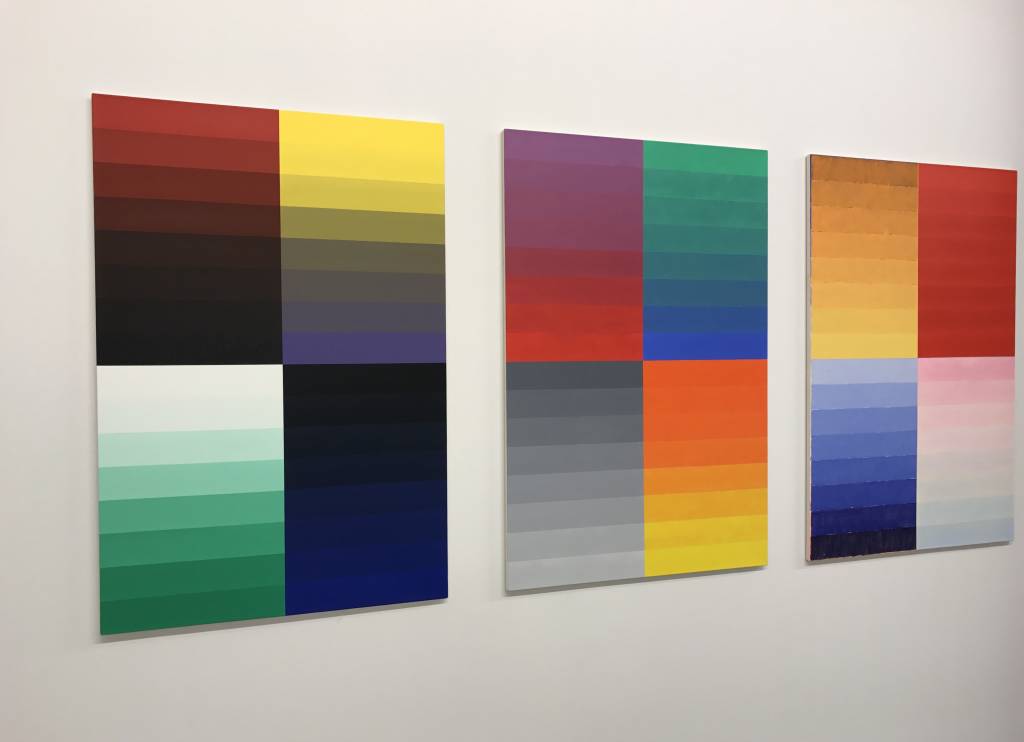 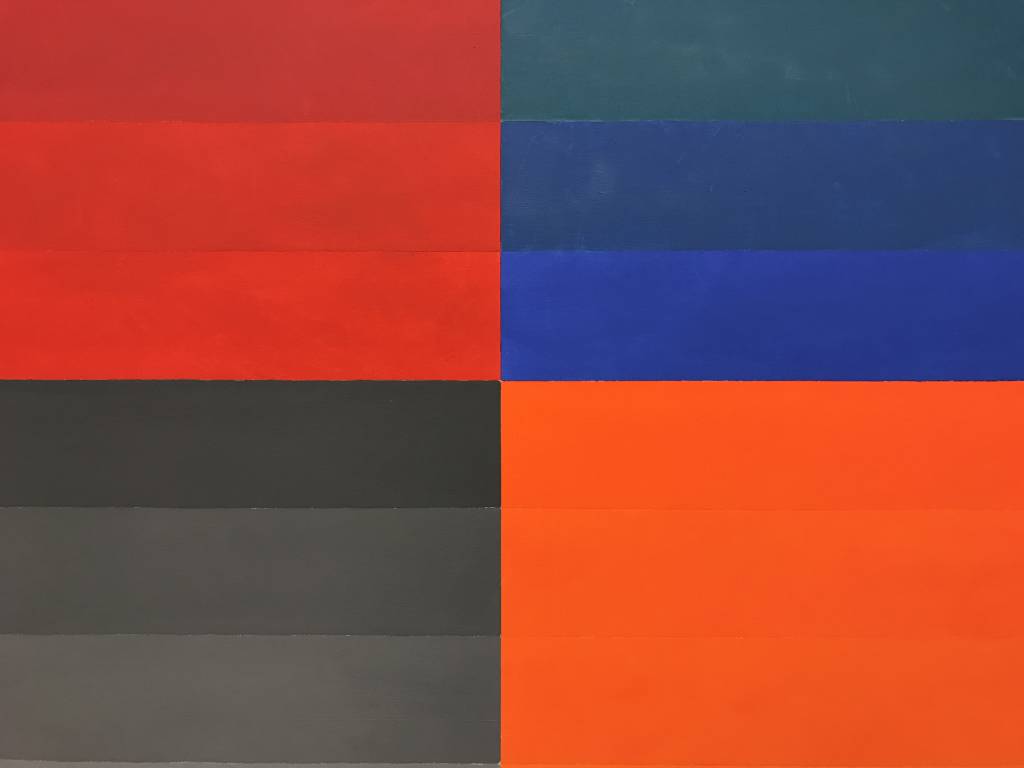 Paris’ Galerie Pact captivates with a large-scale, wall-sized piece by Brooklyn-based artist Ethan Greenbaum who turns his eyes to the decay of today’s cities such as leftovers of construction sites. His works take building materials as a starting point, combining digitally manipulated photographs with sculptural elements. Also featured: Lucy Kim and Amy Brener.

With so many busy group presentations a solo booth is a welcome sight. Our favorite: Michael Pybus presented by Ghent’s Tatjana Pieters gallery. The London-based artist’s poppy, colorful works draw on omnipresent icons and brands, raising questions about our increasingly virtual environment, consumerism, and contemporary culture in general.