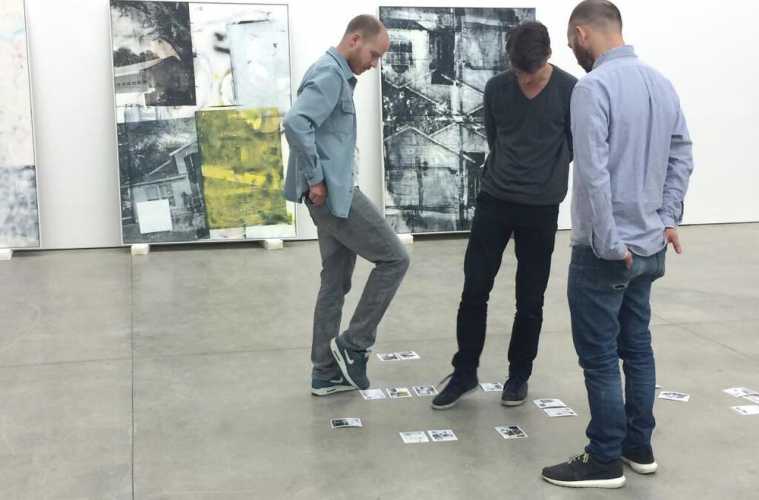 Many Belgians not only stir attention in their homeland, but also abroad, from fashion designers and visual artists to musicians and filmmakers. Here, we’ll shine a light on the foreign adventures of some of the country’s most exciting creative minds on a regular basis. First up is Leo Gabin, an art collective from Ghent, which already caught our eye at this year’s Art Brussels.

The Belgian trio, graduates of the Royal Academy of Fine Art in Ghent where the three also teach, has managed to score an exhibition in one of the most renowned galleries worldwide: London’s White Cube, which made a name for itself by putting forward Young British Artists (YBA) such as Tracey Emin.

The Ghent natives’ London debut is not their first show on foreign grounds: the rising Belgians have already exhibited at New York’s Elizabeth Dee Gallery, Berlin’s Peres Projects, Kunstraum München and others. As part of the gallery’s “Inside the White Cube” series, a platform focusing on new developments in international contemporary art and young, up-and-coming artists, Lieven Deconinck, Gaëtan Begerem, and Robin De Vooght present a fascinating selection of collage-like paintings. Drawing inspiration from youth culture and user-generated media on the Internet, they recycle digital content and merge found objects with abstract painting. They’re also known for their satirical video montages based on online amateur footage: on the gallery’s ground floor you can have a look at their new film “A Crackup at the Race Riots”.

So if you happen to be in London this week, make sure to check out the rising Belgian trio’s captivating expo!