When several art spaces team up under one roof, creativity and collaborations usually boom, and visitors are attracted by the possibility to easily discover a number of different projects in one spot. Five Brussels non-profit art spaces, including respected art scene veteran Komplot, recently opened a common space on the ground floor of a social housing tower in Anderlecht under the name Château Nour. The quintet, which also includes Clovis XV, Mòsso, Rectangle and Superdeals, wants to explore collaborative ways of working while providing space for experimental ideas, exhibitions, workshops, residencies, and gardening projects. We spoke to the creative minds behind the innovative initiative about their ambitions, ways of working, and how to reach out to the locals in a community not exactly overflowing with art and culture.

How exactly does Château Nour function?

We share one exhibition room and two bedrooms for the residencies. We still do our own projects but collaborate as well, also with curators and collectives outside of Château Nour. It’s a collective of collectives, if you will. The location and its size and make-up dictate what is possible. We share the exhibition space for shows and events. The idea is to adapt our different energies to the space, the neighbourhood, the public. There is no pre-established project. We work together on certain things, for example for the Brussels Gallery Weekend, Art Brussels, … But we also have our independent programs where each structure curates its own exhibitions. We want to put together the entirety of our creative synergies and different networks and create bridges between out curatorial practices. 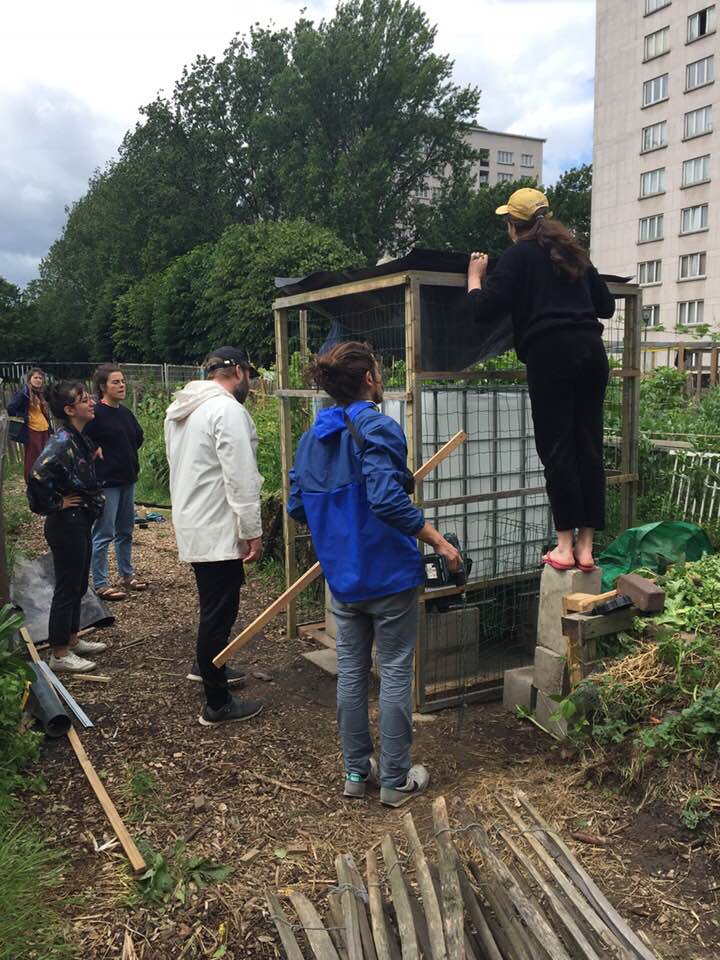 How did the idea come about to join forces? What do you hope to achieve by teaming up?

Komplot found the space, and then the others proposed to join. It’s a good time for shared spaces and activities, to mingle and forget about identities. It’s the occasion that makes the project. We’re very serious about welcoming uncertainty. Rectangle, Clovis XV and Superdeals had already thought about opening up a common space, because all of them had lost theirs. A common space lets you join forces and combine networks, and for the public it’s interesting as well to have such a multi-dimensional space. Mòsso had been nomadic since its creation in 2014 and was very interested in creating a project in a culturally deserted neighbourhood.

How do you feel about the situation in Brussels for spaces like yours in general? Is there enough support? Has it become harder for non-profit art spaces to find a space?

There are never enough spaces, as  in every city. Brussels is not cheap anymore. That’s not only the case regarding rent but also the cost of employing people, telephone, energy, transport, … Institutional support is something Komplot has been working on for 18 years, and now it can share some of its security, which nevertheless remains fragile. Clovis XV for example functioned for three years without money and subsidies. After this rather intense experience, it seemed a good idea to go for a structure like Rectangle, Komplot or Superdeals to be able to have a budget for exhibitions and pay the artists. In this context, it’s been very helpful for the other spaces to work together with Komplot, who knows how to navigate the administration part. It is becoming more and more difficult to find physical spaces in Brussels. As an example: Komplot had to go through a whole year of negotiations to secure this space for Château Nour. Luck and perseverance are essential. 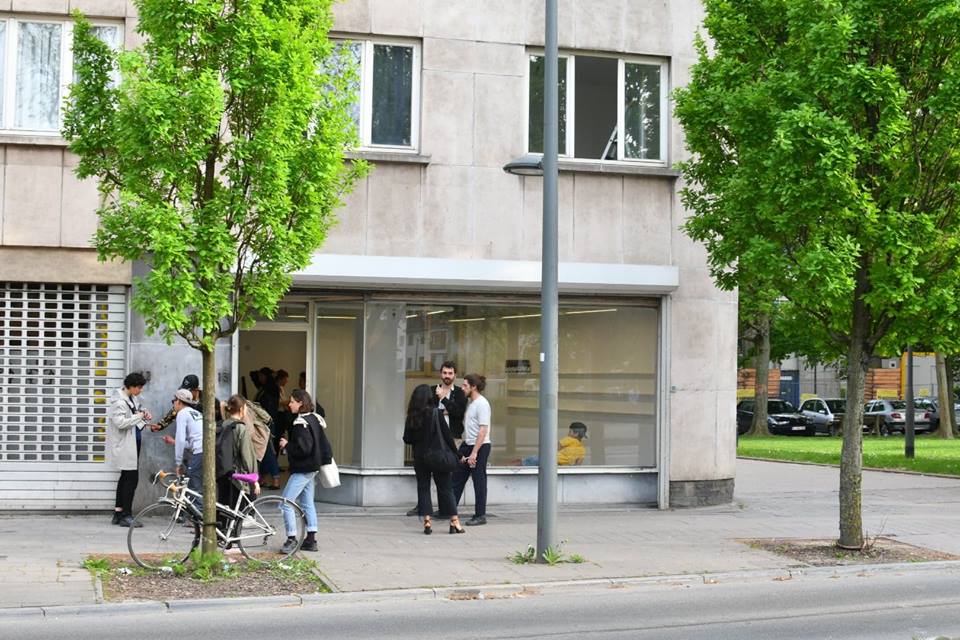 How did you find the location you’re in now? What do you like about it?

We love the location! It’s the ground floor of a social housing building which we get for a monthly rent of 300€ with the obligation to stay three years. If we leave before that, we have to pay back the remaining amount as it corresponds to the costs of the renovation the social housing company did for us. We also like that there’s the collective garden Pot’Albert outisde the building, which we can use as well.

How do you feel about the neighbourhood? It’s not an obvious choice – are you hoping to reach the local community as well? How?

The neighbourhood is not really easy, but the locals are very welcoming and intrigued by the project. It’s very ambitious and challenging to open a space trying to integrate the people living in the neighbourhood instead of just installing an art space somewhere and ignoring what’s around you. Komplot had already been involved in the garden project and had been developing links with local associations as well. We want to take the social reality of the area into account and develop our curatorial practices accordingly. But we don’t want to force people either – it’s something that develops little by little. Workshops with direct links to the community are a helpful tool. Château Nour is meant to be a tolerant place offering different ways of sharing, listening, and cultural exchange. With the workshops and residencies, we want to encourage the exchange of perspectives and what is an essential aspect of this project: establish communication and social dialogue through artistic proposals. 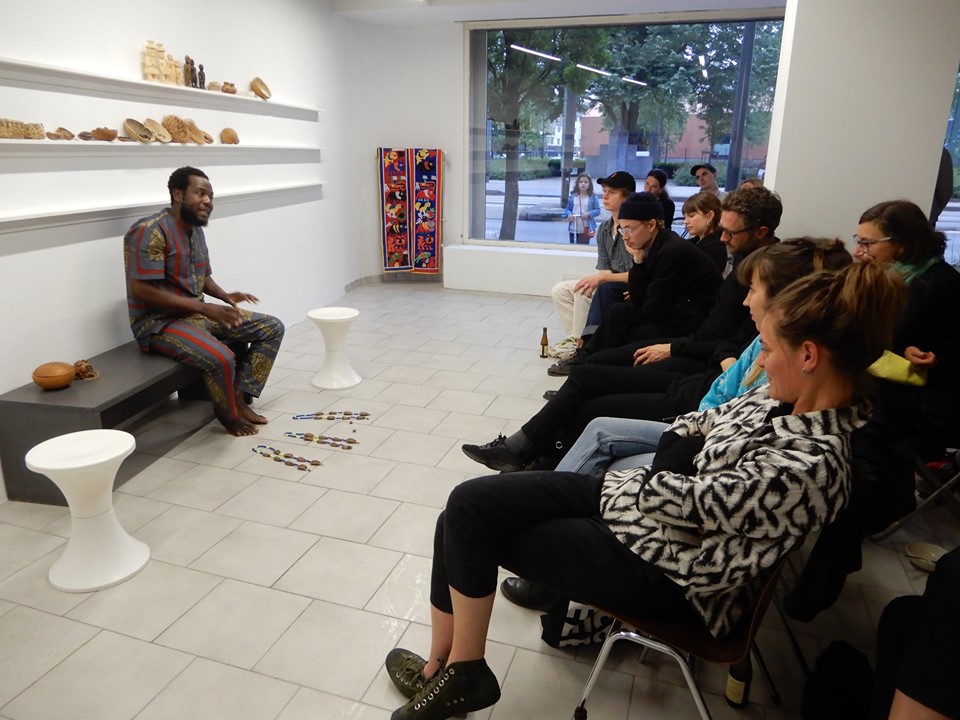 Why the name Château Nour?

Before us, the space hosted a hairdresser named Coiffure Nour, an Arabic name for both men and women which means “light”. We added Château as a reference to the fortress aspect of the tower block. Changing what is the least sexy lodging into the most dreamy place in a capitalistic view. We wanted to turn it upside down.

What kind of exhibitions or events are coming up in the next months? What’s your overall goal?

The goal is to mix low and high culture, the opposites, the extremes. The rich and the poor. The beauty and the beast, the green and the grey, day and night. Many projects that are all very different. For example there’ll be artists in residence from Leipzig, Germany, who will end their residency with an exhibition. Having a space that includes two bedrooms allows us to make these kind of collaborations on a European level, which is beneficial both for us and the neighbourhood, and encourages social diversity. 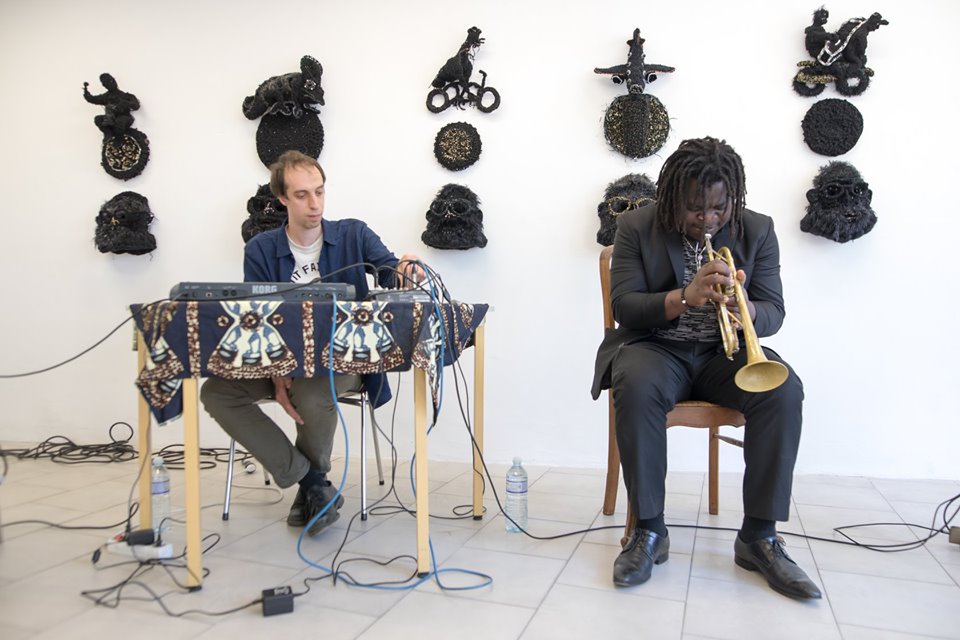 How do you select the artists for the residency program?

All of us have networks of great artists and curators. At the same time, every structure has its own way of functioning. At Komplot, we don’t select, we welcome people in the most spontaneous manner possible: first come, first served. Superdeals has created an open call, for example, and a committee will review the applications. Clovis focuses on artists they’ve met during travels and residencies, bringing together artists who don’t know each other but have evident links, and help artists who lack visibility to realize their projects and benefit from Château Nour’s network. We also have meetings all of us together, in order to make sure there’s a certain balance between the different structures and proposals. But there is no veto and each structure is entirely free while being supported by the others. All decisions are collective and unanimous.