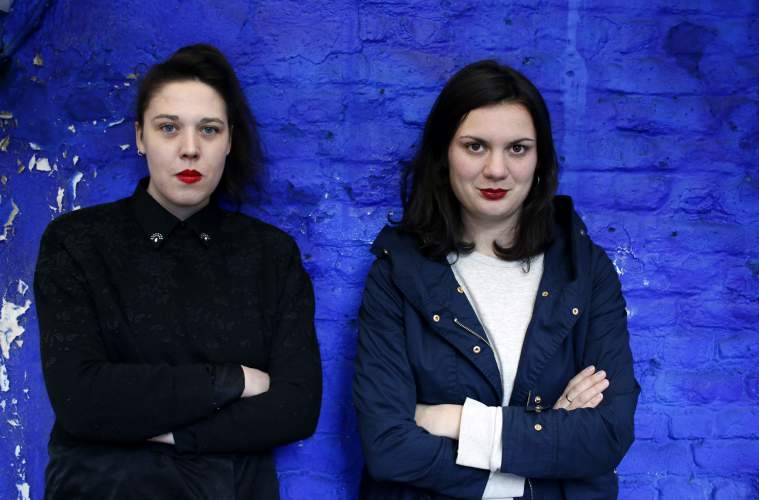 Four years ago nine Brussels-based artists teamed up to launch Brussels Art Department, an independent and alternative exhibition project. Now it’s found a permanent home on the ground floor of a house filled with artists in Ixelles’ rue Isidore Verheyden, where See you there presented its first exhibition “No place like home” this March. We spoke to French-born founding members Agathe Picardie and Laure Provence about the whole shebang.

What is Brussels Art Department all about?

Basically we organize exhibitions on the ground floor of the house we live in. We want to be part of the artistic scene in Brussels and give artists a space to present their work; make connections. In the beginning we mainly exhibited the work of people we knew, but that has changed. It’s really interesting and rewarding to create links between people, bring them together, make artists meet who don’t necessarily know each other, and foster relationships. There’s no artistic direction or anything, it’s more about our personal tastes, and we also don’t only show young artists. The exhibitions cross all genres, from sound installations and photography to painting and sculpture.

How did it all start? How did the idea come about?

The project was born back in 2012. At the time we were actually nine people. We rented a space together for nine months, so that each one of us could exhibit his or her work for a whole month. Most of us were just fresh out of art school and wanted to start showing what we had been doing. But in the end the group proved to be a bit too big to manage, and it was hard to get the rent together, because we weren’t a proper gallery and weren’t interested in selling. So the current concept works much better. 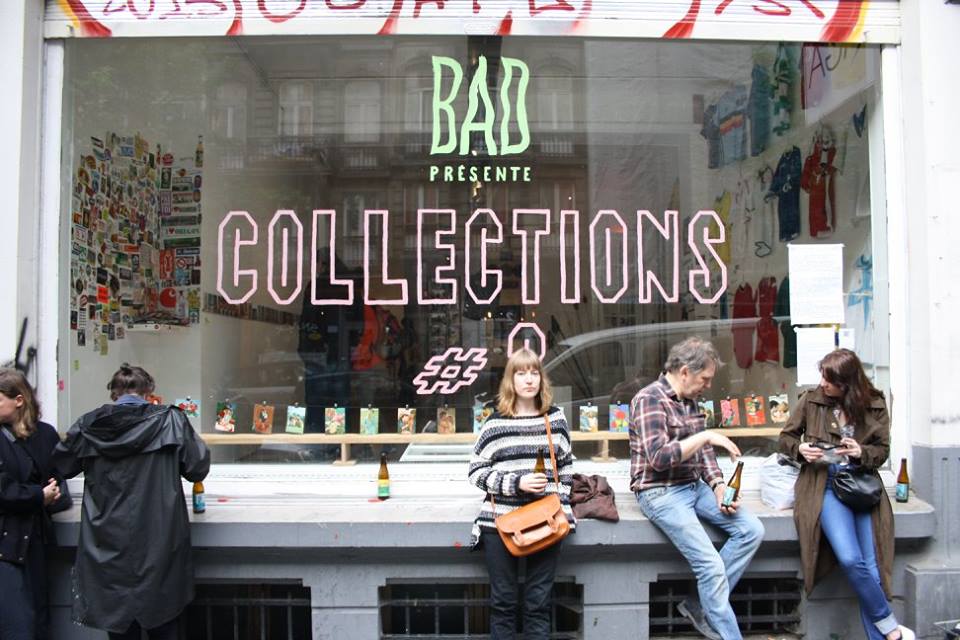 You just put on “Collections”, an exhibition in four parts. Can you tell us more about it?

The exhibition focuses on people who collect stuff, in the largest sense, as well as on artists who deal with this theme in their work. We decided to leave our place for once and put on the show in St Gilles’ Maga. Some of these collections were enormous, so we needed more space. We found people with the strangest passions: one is a supporter of the football club Union St. Gilles, who collects everything with the word “union” on it. Another one collects objects he finds at concerts while adding written anecdotes. You could fill a museum with the stuff we discovered. 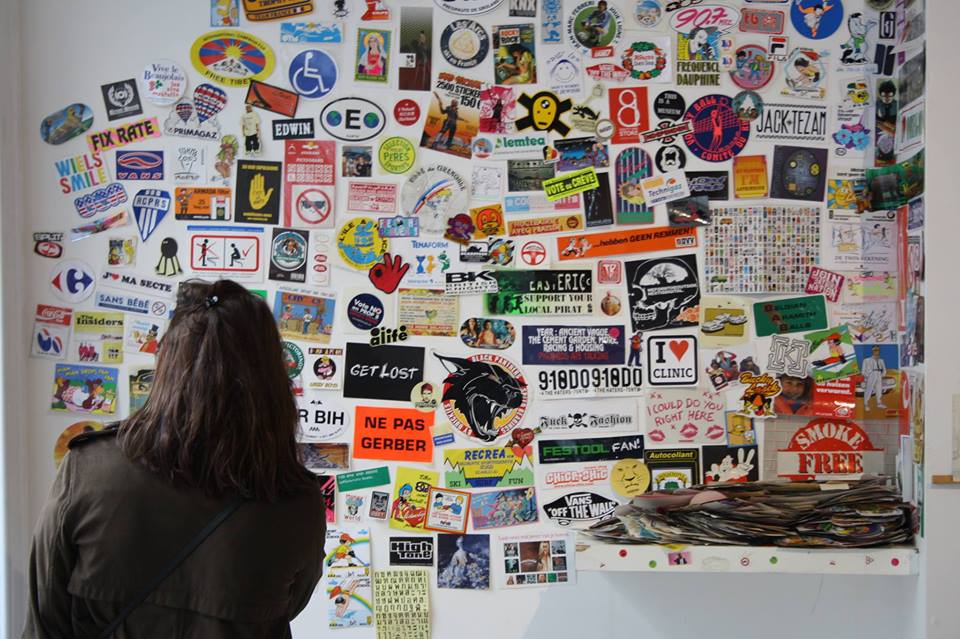 What’s the strangest collection you came across?

The weirdest one was someone writing a book about imaginary books, making lists of books that don’t exist. Another interesting one was a teacher who collects hardcore drawings of his students, those with insults on them etc. Then there’s this girl who gathers unsent emails, the drafts you never dared to send.

What’s been the biggest highlight for you so far with BAD?

Probably our participation in Poppositions, the alternative art fair here in Brussels. Stéphane Déplan, who we showed at BAD in November last year, really wanted to participate, but needed someone to represent him. So we decided to do this together and got accepted. It’s all very official, we had to sign a contract and everything. We had never shown in such a big space before, next to places that are much more established than us. Apart from that we really love that we’re working like a real team now. We visit artists together, choose the works together, …in the beginning it was more of a bundle of individuals who all just wanted to exhibit their own work. 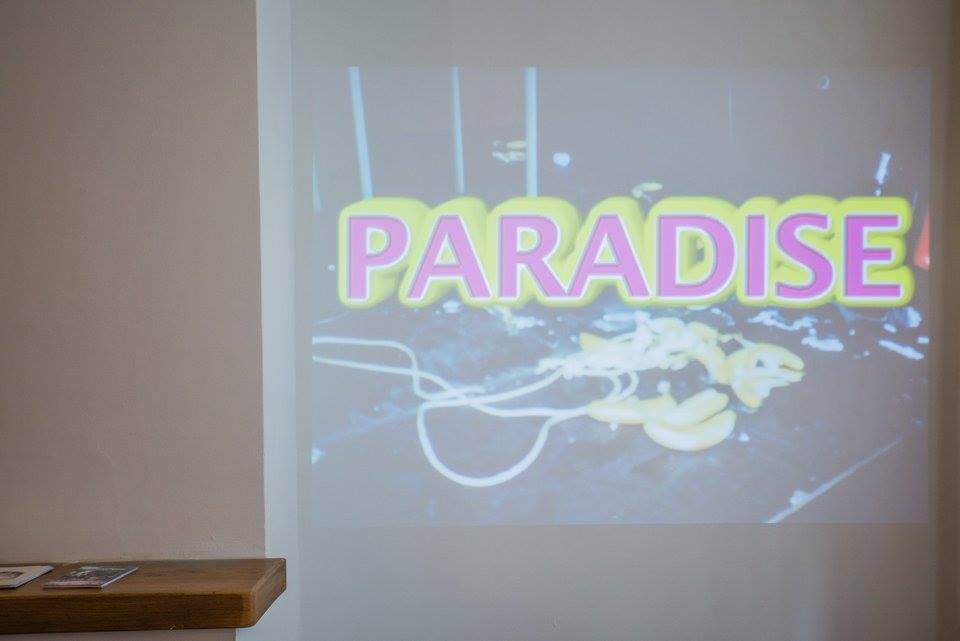 You’re both from France. What is it that made you stay in Brussels? What do you like about it?

It’s big and small at the same time. There are so many things to do every day, but it doesn’t feel oppressing. Plus, more and more independent art projects are emerging, and there are so many opportunities for artists. It’s just easy to have a nice life here, the atmosphere is friendly, the bars are nice…and we like the mix of different languages and cultures.