Art-starved after this awfully long summer break? Then this is exactly the right menu for you. Brussels’ art world kicks off the new season with a bang: the Brussels Gallery Weekend (formerly known as Brussels Art Days) celebrates the general reopening of the city’s galleries and art spaces with a jam-packed programme, late opening times and handy shuttle busses between the exhibitions. We guide you through the gallery maze with our essential selection of the shows you just cannot miss. Enjoy! 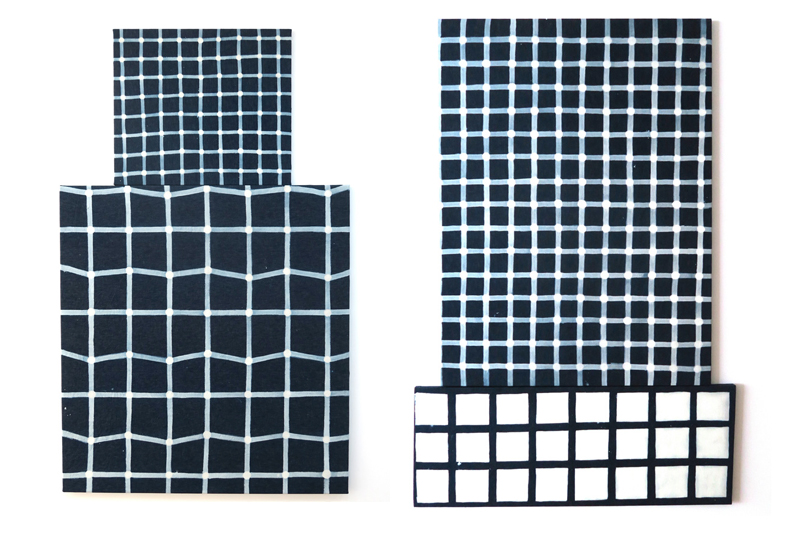 P P P Punctual, a solo show by Belgian artist Michael Van Den Abeele, unites animated text, small drawings, and his new denim series, which dominates the exhibition. The latter consists of large, object-like pieces made out of stretched denim, and the use of bleach interestingly locates the image within the fabric and not on top. They are based on variations of the Herman Grid illusion and the Scintillating Grid, causing the viewer to see white blobs and provoking a constant shift of focus, reducing him/her to mere optical machines. 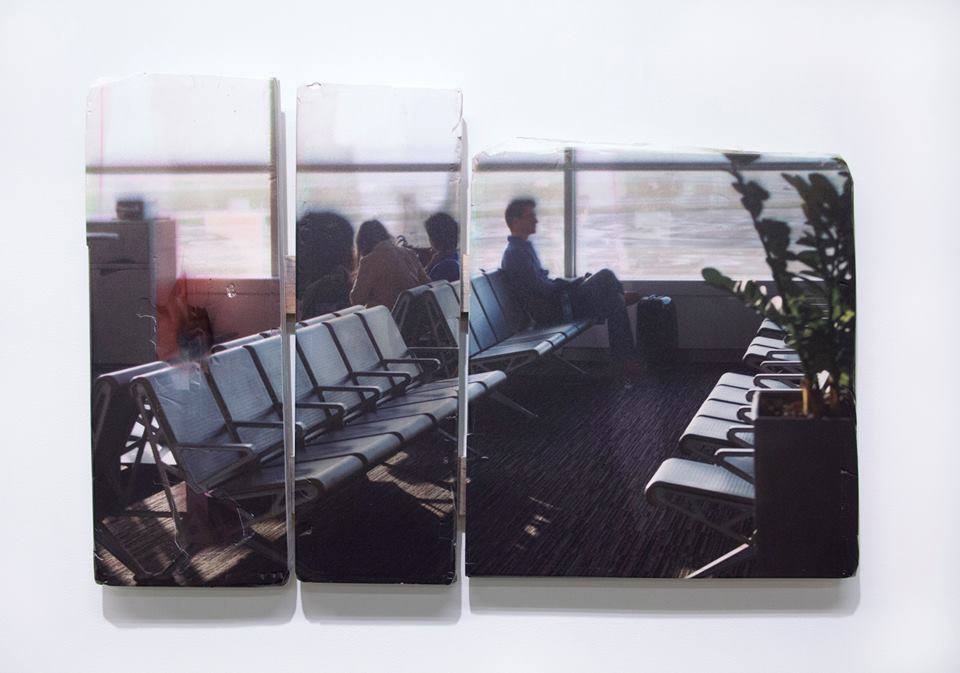 Super Dakota’s diverse but homogenous group show “Masha” is dedicated to highlighting the narrative potential of art and the singularity of our experiences. The displayed pieces by eight different artists from France, UK and the US range from sound installations and sculptures to text-based wall paintings. With works by John Cage, Lydia Gifford, Jan Groover, Yvonne Rainer, GL Rogier, Ariane Schick, Josh Tonsfeldt, and Lawrence Weiner. 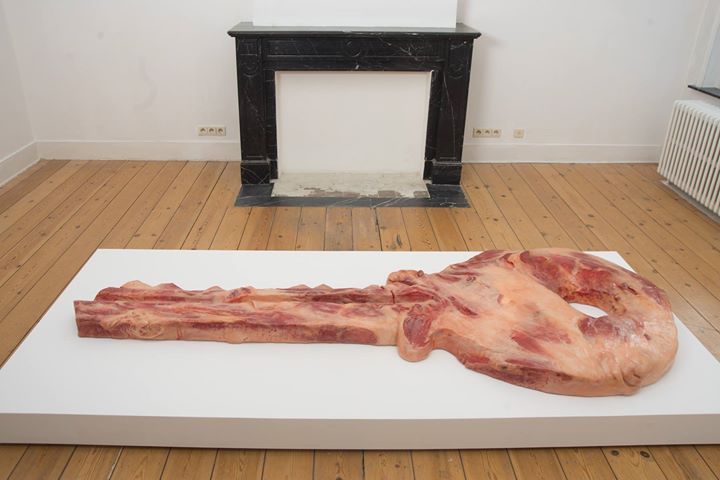 The British, Berlin-based artist especially made a name for himself with his life-size wax sculptures of humans and animals. His works, with which he attempts to challenge and expose the everyday paradoxes  and hypocrisies of today’s world, have been exhibited in galleries and museums all around the globe.”Art is like the TV telling you to turn it off: when it’s good, it’s like a big well-needed slap in the face”, says the artist himself. “Only Words” at Aeroplastics deals with the powerlessness of words, their destructive capacity, as well as their emptiness, and more. 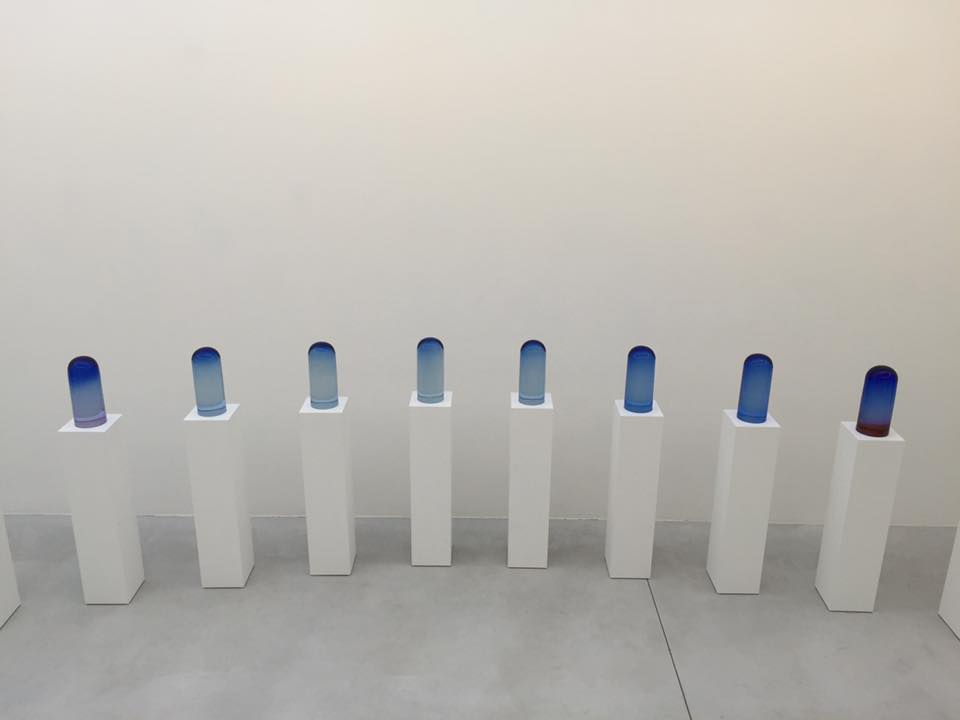 With “Solipsism”, Meessen De Clercq Gallery provides a comprehensive, captivating overview of Brussels-born artist Fabrice Samyn’s genre-crossing practice. Taking over four different rooms, the exhibition deals with a different theme in each space. “My work attempts to reveal time, or rather natural phenomena of time (erosion for example) as creative”, says the artist about her work. 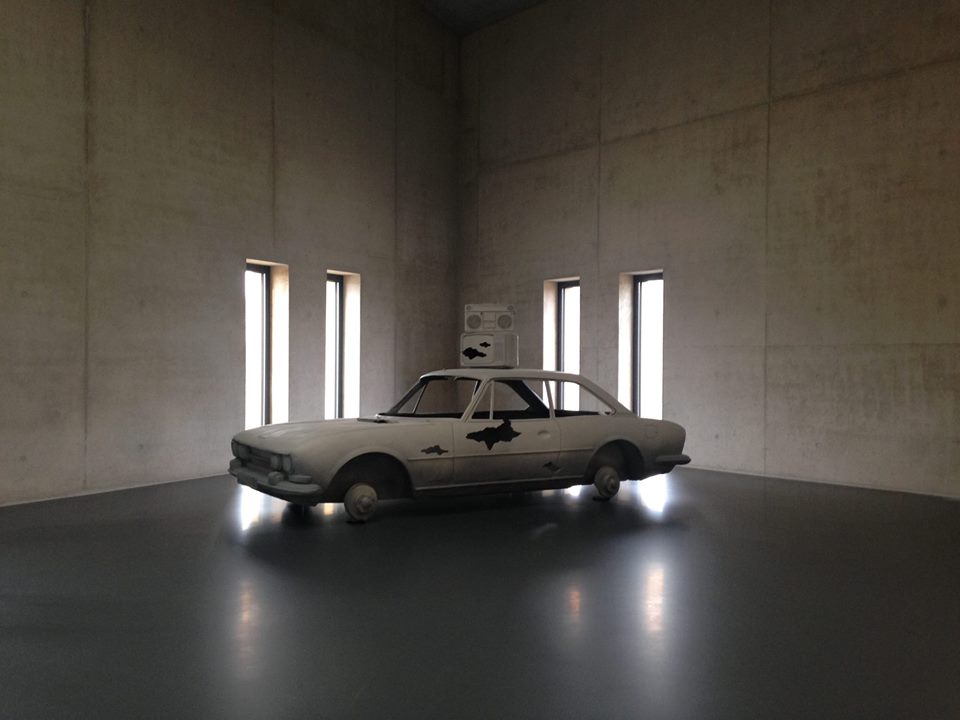 Since its formation in 2008, Luxembourg-based artist duo Martine Feipel and Jean Bechameil predominantly deals with the perception of space. With the nostalgic and critical “A hundred hours from home” at Galérie Valérie Bach during the Brussels Gallery Weekend, they explore the notion of the continuous decline of everything while exposing a society in decline. 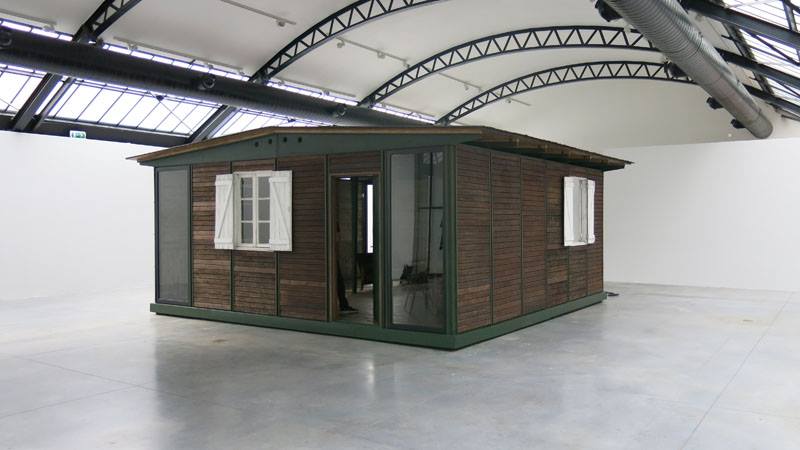 While hardly recognized during his lifetime, French metal artisan and self-taught architect and designer Jean Prouvé did leave an undeniable legacy, and today constitutes a major reference in the field of architecture and design. He is best remembered for his solid yet nimble furniture designs, as well as his pioneering role in the pre-fabricated housing movement. Born out of sheer necessity after the destruction of the Second World War, Jean Prouvé worked on standardizing architecture, meeting the demand for reconstruction by designing prefabricated, standardized and cheap components. At CAB, visitors can experience his 6x6m demountable house, produced in 1944 and based on his signature portal frame principle. 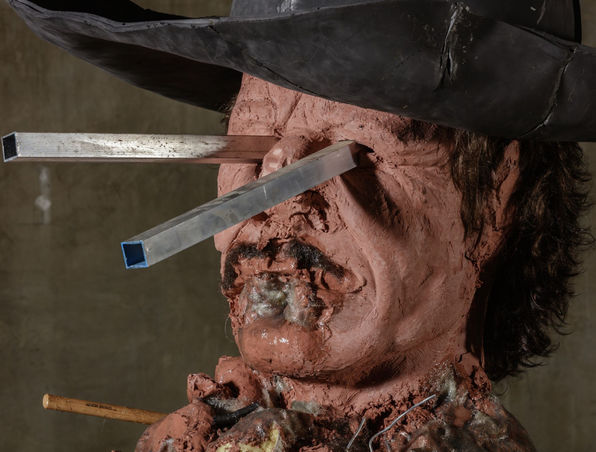 Paul McCarthy, one of the art world’s most prominent enfant terrible, is known for an oeuvre that is provocative, challenging, and at times disturbing, not shying away from integrating sex, bodily fluids and human orifices into his art. The American provocateur, effortlessly navigating through different genres from performance, photography and film to multimedia installations, sculpture, drawing and painting, consumerism, repeatedly deals with today’s popular culture and our innermost fears and neuroses. In “White Snow & Coach Stage Stage Coach, Spinoffs”, he reflects on two of the seminal themes within his practice, Walt Disney and the American Western. 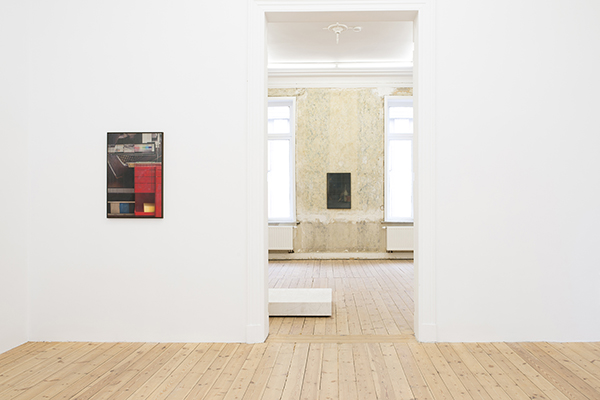 With “Aaassemblage”, Dvir Gallery presents a fascinating solo exhibition of Croatian artist David Maljkovic, whose films, collages, sculptures, and installations are known for addressing the historical, cultural, and ideological heritage of modernist projects in his home country. His signature collage method, based on our “defective memories”, combines photographs, films and projected images from his own personal archive. 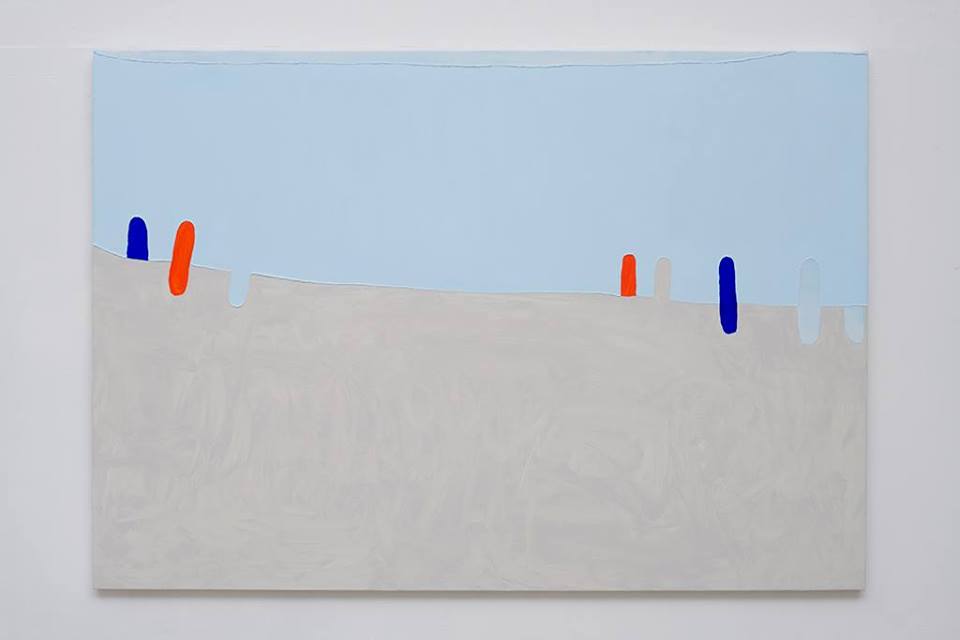 With “The Inside of Distance”, Office Baroque puts on the very first European solo show of Brazilian artist Paulo Monteiro during the Brussels Gallery Weekend. Based in Sao Paulo, he belongs to a generation of Brazilian painters that emerged in the 80s, celebrating a return to the canvas. Monteiro was part of the Casa 7 group, a collective of painters who met at school, shared a studio and wanted to revitalise Brazilian painting. Since then Monteiro has also explored other genres, and at this exhibition he brings together his abstract oil paintings with wall objects and sculptures. 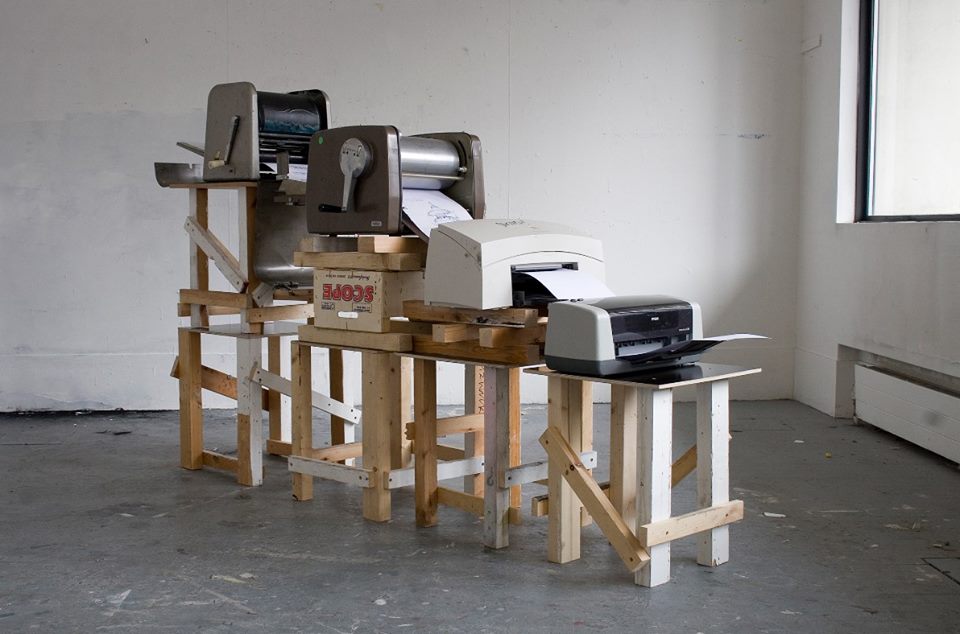 Art space Societé is located in the former “Société Bruxelloise d’Electricité”, a factory in Molenbeek constructed in the 1930s. Its current group show “Xerox” contemplates technical reproduction and multiplication by exploring different aspects of our current “copy-paste” culture. With Jonathan Monk, Carsten Nicolai, Alexandre Perigot, Steven Pippin, Hanne Darboven, Sonia Sheridan, and many others. Don’t miss the brunch at the opening on Sunday.