It’s that time of year again: Summer break is over and the new art season kicks off with a bang: Brussels Gallery Weekend is back. This means not only a jam-packed exhibition program, but also late opening times, shuttles, gallery city maps, and guided tours letting you discover the art scenes of different neighbourhoods. If we’ve learned one thing during the pandemic, it’s how important experiencing art in all its physicality and its interaction with the space and people around it can be – and how dearly it was missed.  Now, the Brussels art scene is showing itself from its best side once again, putting on a multitude of ambitious shows and events, and even welcoming a couple of newcomers. If your time is limited, here are the 10 exhibitions you really shouldn’t miss. See you there!

From 9 September to 9 October 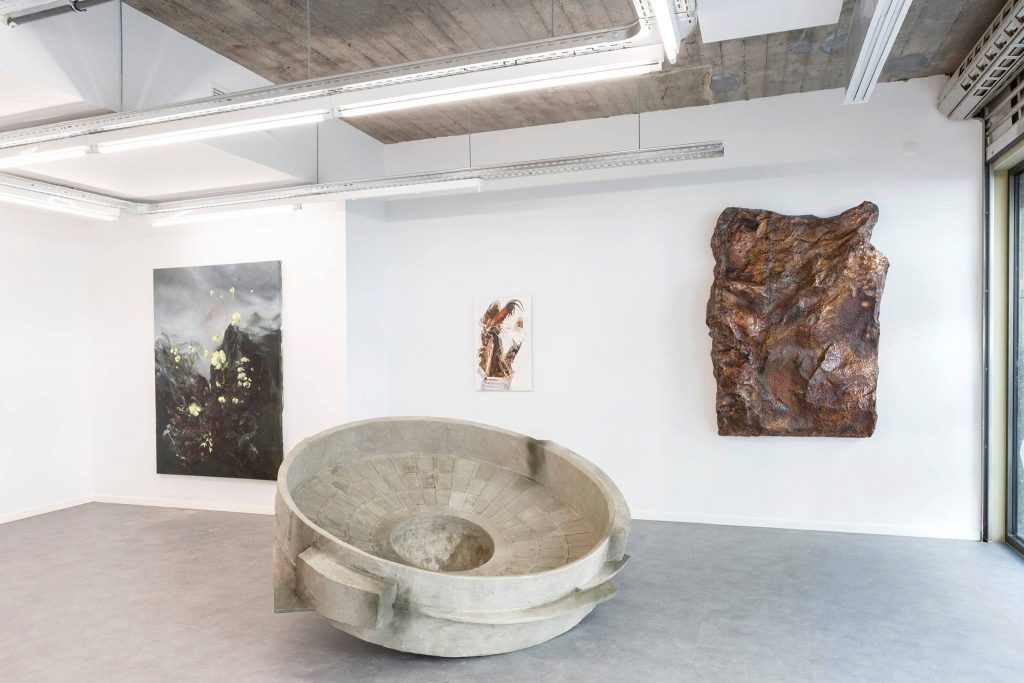 In an art world increasingly dominated by mega galleries, collaborations of smaller sized galleries are becoming more and more frequent. One example is the joint effort of Base Alpha and DMW, both originally based in Antwerp, who have already been successfully cooperating for their shared initiative Ballroom Project, a temporary platform for non-Antwerp galleries to participate in the city’s major art events. Now, gallerists Bart and Ida are taking it to another level, opening up a common permanent space in Brussels under the name Ballroom Gallery. The gigantic 140m2 premises, located in the prestigious Koningsstraat, open their doors for the first time during Brussels Gallery Weekend, with an eclectic group show focused on presenting both gallery’s rosters, setting the scene for future.

From 4 September to 30 October 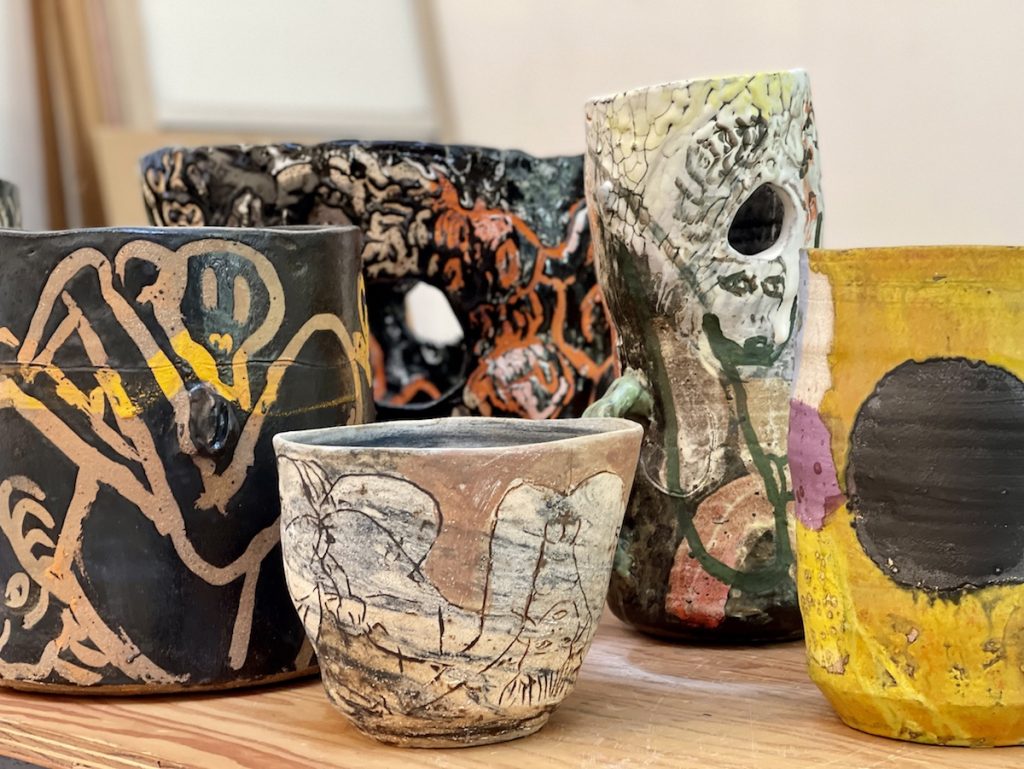 Brussels gallery Sorry We’re Closed has made good use of the pandemic-induced hiatus and undergone a move to a new, bigger space: In May, the contemporary art gallery run by Sebastién Janssen left the Régence gallery hub for a majestic townhouse in the Sablon area. If you haven’t paid it a visit yet, now is a great time to do so: On view, for the first time in Belgium, are the works of German-born Roger Herman, who made his way to LA back in the 70s to become an influential teacher at UCLA and member of the local art community. While Herman’s practice ranges from drawings to paintings and books to woodcut prints, Sorry We’re Closed are focusing on his renowned ceramic work, exhibiting more than 70 pieces on two floors of the gallery. His raw, exuberant clay pieces vary in size and style, experimenting with different techniques such as scraffito and oxide wash, and reveal a sensory relationship to colour and textures.

3 The Sowers at Fondation Thalie

From 9 September to 21 November 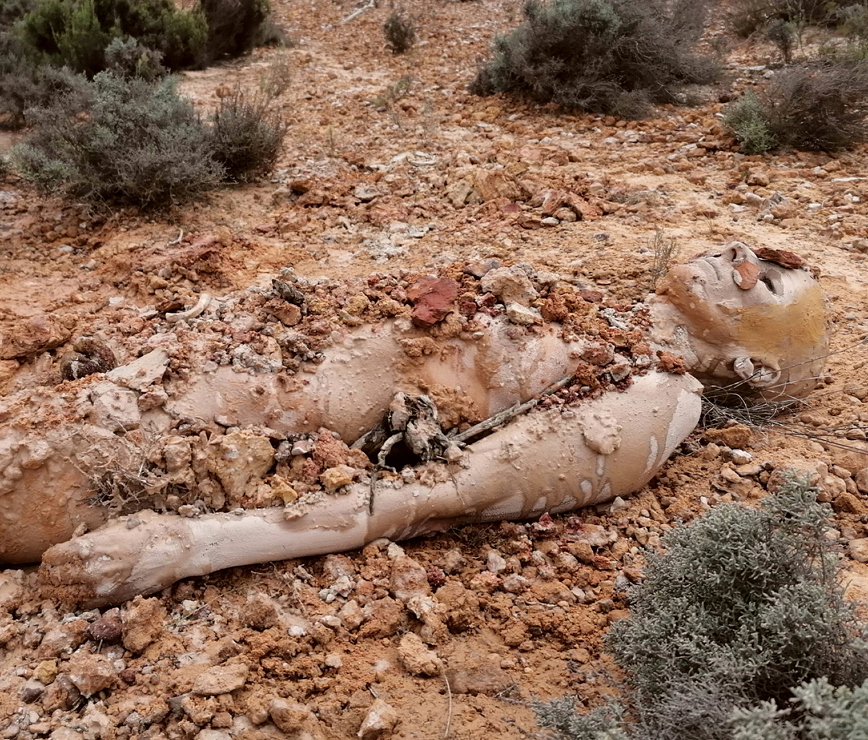 Clay and yarn are the dominating materials in this fascinating group exhibition feature no less than 26 different artists. “The Sowers” at Fondation Thalie explores the multilayered meanings of these two natural materials, touching upon rituals, crafts, recycling, a universal ecological consciousness, and spirituality. While Gabriel Chaile‘s pigments on charcoal drawings serve as a vehicle for his research into the indigenous cultures of South America, Julie Monot will perform “Before It Was Water”, wearing a hand-crafted kimono bearing motifs inspired by various types of single-celled organisms. With works by Elise Peroi, Belinda Blignaut, Desire Moheb-Zandi, and many others. 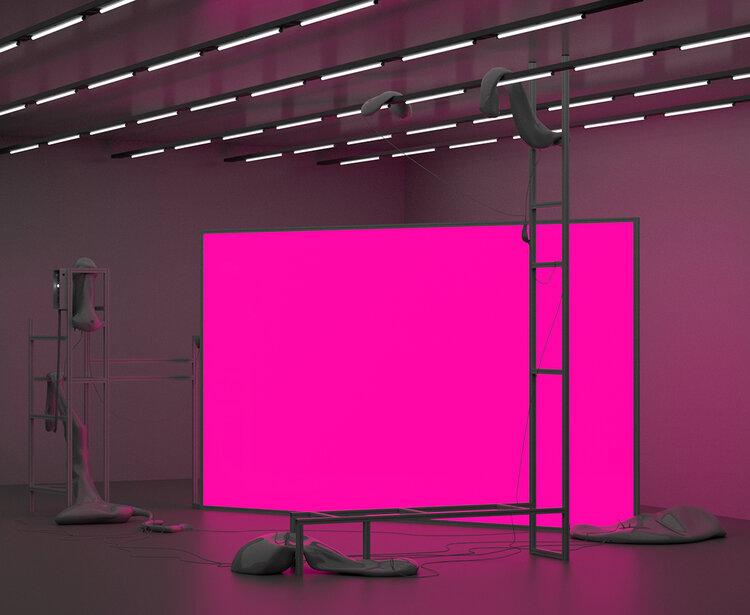 For the fourth time in a row, Brussels Gallery Weekend stages an exhibition dedicated to shining a light on younger artists from Brussels that are not yet represented by galleries, a concept that allows visitors to acquire a broader impression of the local scene, as well as a look into its future. This year, “Generation Brussels” is taking over the vast industrial building that is Centre Tour à Plomb for a fascinating transdisciplinary exhibition where a new generation of Brussels artist reveals their views on timely themes such as identity, gender, or our relationship with the environment. With works by Günbike Erdemir, Axel Korban, Eléonore Joulin, and many others.

From 9 September to 19 December 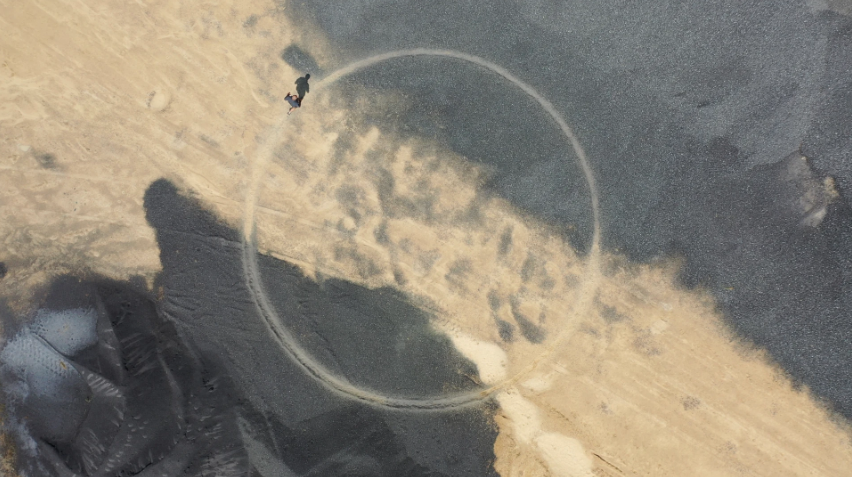 Harlan Levey Projects‘ exhibition of the intriguing artistic universe of Jeroen Jongeleen extends over two gallery spaces: the old townhouse in Ixelles, where it all started, and also in its gigantic new premises in a former industrial building in Molenbeek, which increasingly attracts both artists and gallerists alike with its low rents and defunct factories. “Running in Circles III / Movement and Politics In The Streets Of My City” shows the work of a politically and socially engaged artist that employs his creations, mainly performances, to question the value and transformative potential of artistic production in society as well as the way corporate influence, advertising, architecture and public policy limit and direct people’s behavior. His performances, some of which consist of running in circles for no less than 700 km, are ephemeral, minimalist interventions and actions reminding of conceptual land art greats such as Richard Long. Not to be missed.

From 10 September to 9 January

Language played a substantial role in beloved Belgian artist Marcel Broodthaers‘ oeuvre, and this must-visit exhibition at Wiels shines an extra bright light on it. “Industrial Poems, Open Letters” brings together the entire series of 36 main motifs of his inscribed plaques as well as a selection of his open letters, which were distributed in the public arena as pamphlets. The ensemble of these works perfectly illustrates an artistic approach he defined as follows: “treating the image as word and the word as image”, underlining language’s poetic dimension.

From 10 September to 23 October 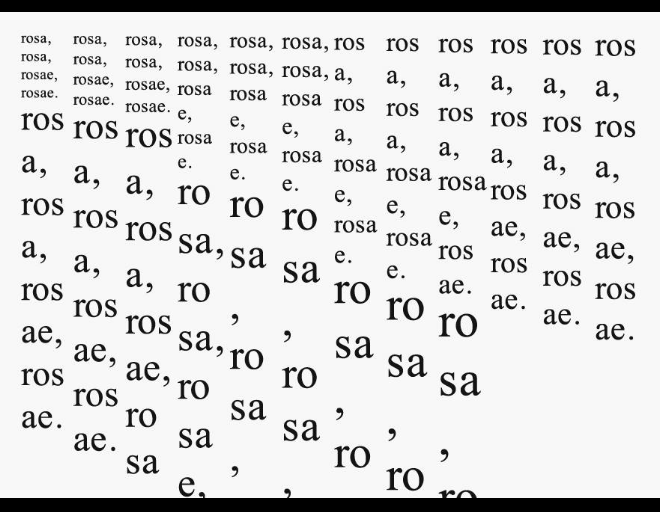 More than an exhibition, this captivating group show also includes a program of performances, workshops, and an artists’ book, and interestingly equally spotlights the roles of language in art (see above, Marcel Broodthaers at Wiels), addressing the place where text becomes choreography, where language, transferred to rhythms and gestures, reveals and exhausts itself.  The exhibition title, a Latin declination is a reference to Jan Vercruysse’s Rosa/Rota series as well as the famous verse by Gertrude Stein’s “Rose is a rose is a rose is a rose”. More than 20 artists working with principles of repetition are coming together under the roof of Maison Pelgrims, exploring methods of transmission, the stakes of inheritance and misappropriated historical narratives, and identities hemmed in by the limits of language. Highly interesting! 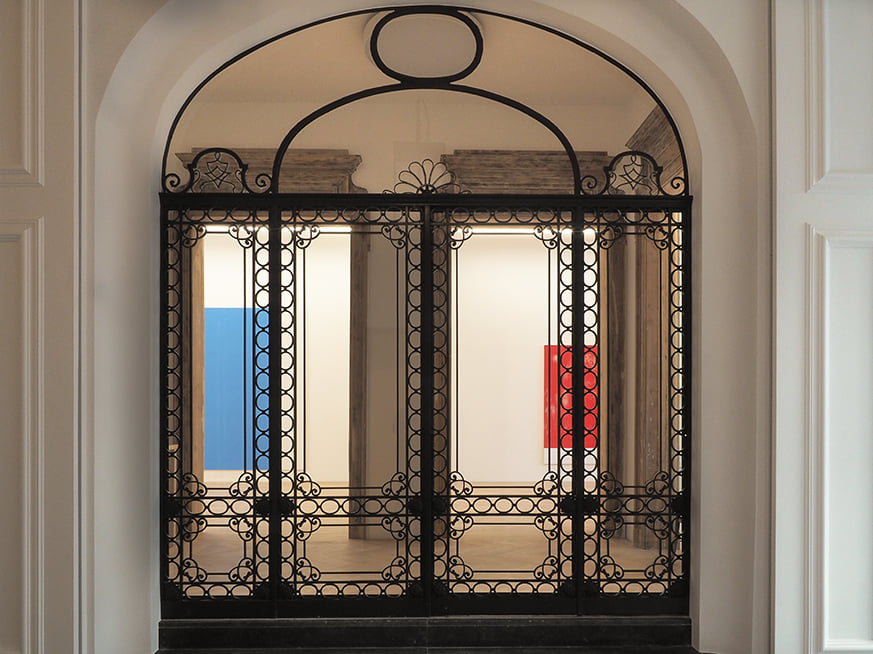 Brussels’ art scene is welcoming a new addition: this week, Nosbaum Reding inaugurates its brand new space in Ixelles’ Rue de la Concorde. The Luxembourg gallery, who had already been a regular at the city’s annual art fair Art Brussels, decided to open a permanent space in the Belgian capital. On view: “RUN (light)”, presenting recent paintings by German artist Thomas Arnolds, whose work revolves around the central questions of painting, playing with variation, repetition, and reduction.

From 9 September to 16 October 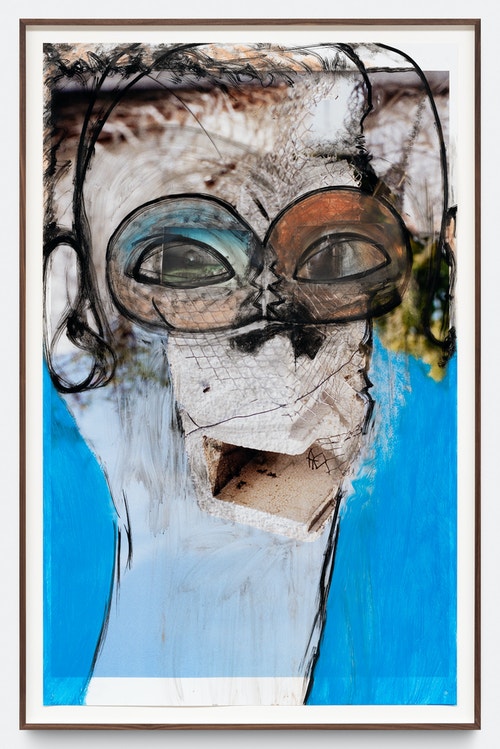 Huma Bhabha, born in Pakistan and living in Poughkeepsie, New York, has been developing her multi-layered visual and material language for over three decades. Her first solo exhibition at Xavier Hufkens presents a compelling overview of her artistic universe. Bhabha has mainly made a name for herself with powerful, totemic figures made from cork or bronze as well as what she calls “assemblages”, works on paper oscillating somewhere between drawing, collage and painting, incorporating clay, Styrofoam, wood, wire, plaster, jute and more while drawing upon vocabularies of ancient archetypes as well as contemporary (pop) culture, interpreting the meaning of our current social and cultural situation.

From 9 September to 3 October 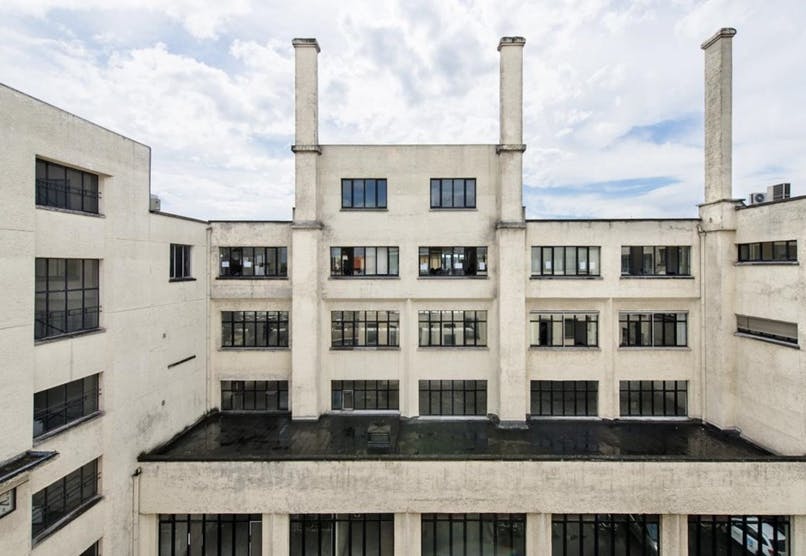 Last year, highly reputed Ghent art school HISK inaugurated a satellite art space in a former factory in Molenbeek. During Brussels Gallery Weekend, you’re invited to discover “Differences”, the first instalment in an ongoing series of alumni exhibitions. Its goal: to provide young visual artists with a context in which they can further develop their individuality, confronted with a variety of art world experts, in line with its teaching approach that could be described with the word deregulation. For this multifaceted show, HISK Chairman Willem Elias chose one artist per graduation year, 24 in total: “Not the ‘best’ in the class… in each case, an artist for whom being different in his relationship with others seemed relevant.” With works by Wim Catrysse, Leon Vranken, Stéphanie Leblon, and many others.