With Art Brussels coming to town, it’s all about art in the Belgian capital this week. The fair, which celebrates its 50th birthday this year (we say congrats!) attracts numerous art-inspired events all over town: galleries shine with their best exhibitions of the year, publications are launched, artists open their studios to the art-loving public, and as the art crowd also knows how to party there’s a lot going on at night as well. We’ve selected the 16 events you really shouldn’t miss. 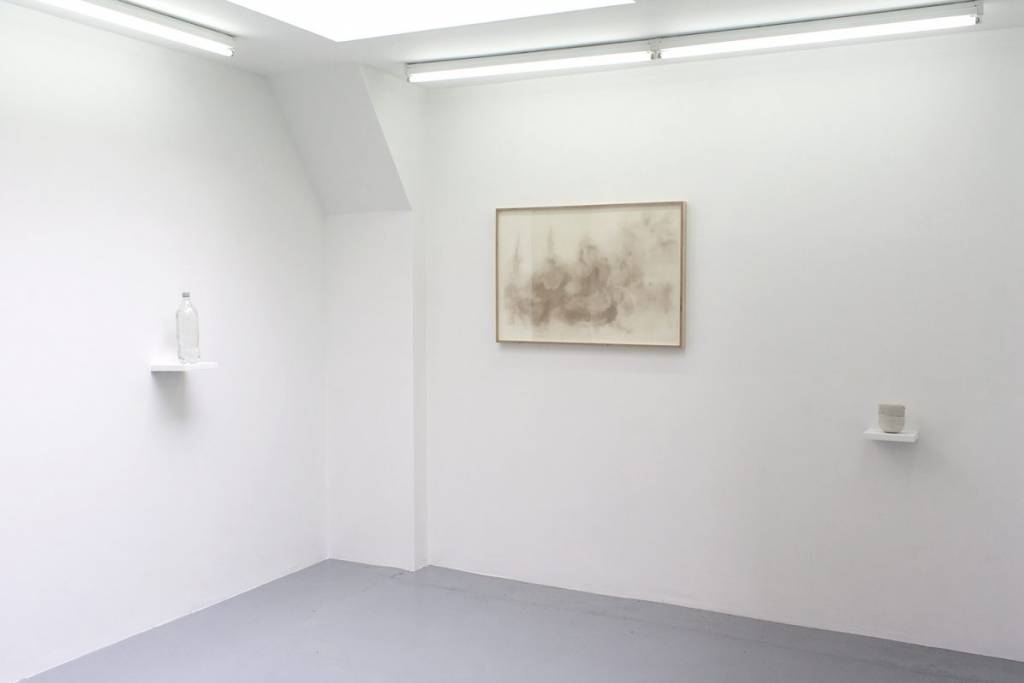 “and a third of the waters became wormwood” is Ella Littwitz first solo exhibition with Harlan Levey Projects. The Israelian artist is known for her investigations into cultural, political and natural geographies. Her comprehensive artistic research explores archeology, history, botany, culture and politics through an archival approach. In this show, Littwitz addresses human migration and nationalism in the Mediterranean space. 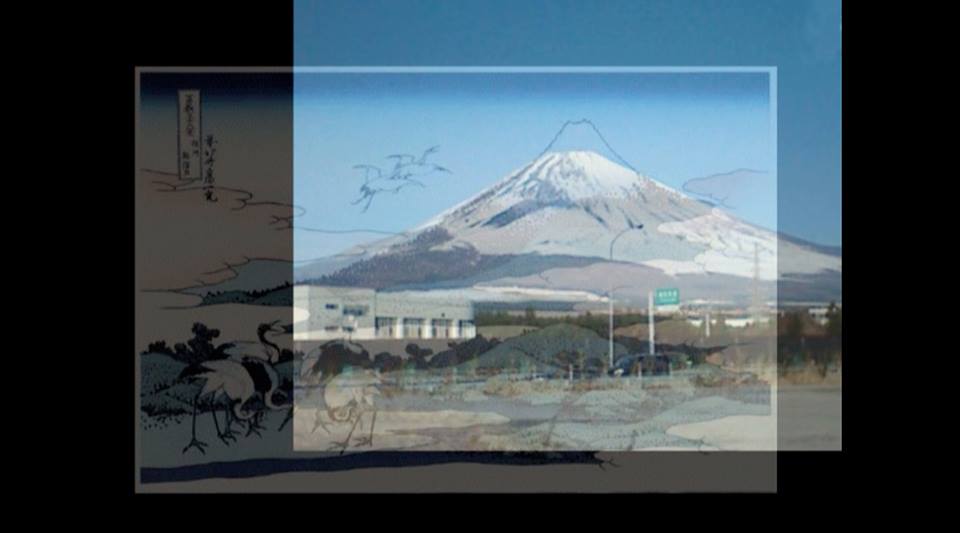 There’s a new kid in town: art space C5, run by music collective Deep In House with the curatorial expertise of artist Patrick Carpentier, opens its doors this Friday, just in time for Brussels’ art week. The inaugural show juxtaposes a piece by Justin Morin with a video by Bernard Gigounon. In a second room, visitors can discover a fantastic selection of pioneering works in video art. Titled “Surveying the first decade”, it includes pieces by Woody Vasulka, Bruce Nauman, John Baldessari, and others. “C5 intends to grant its audience experiences which tear them away from the everyday, all the while placing their feet firmly on the ground”, says Carpentier about his new endeavor. 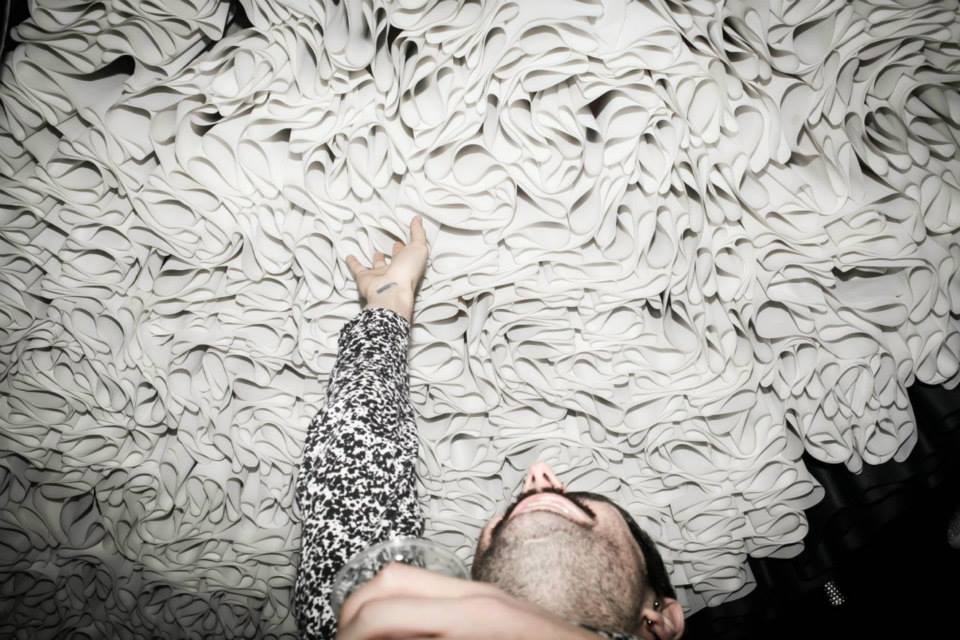 Art Brussels is not just work but also play. If you need to let some steam off after all this art watch and art talk, Catclub is the perfect place to do so. As the official art party for the 7th time in a row, it absolutely knows what the tired art crowd needs after a long day of pondering who’s hot and what’s not. Conveniently, it’s all going down just opposite of Tour & Taxis. With New York’s Analog Soul, Berlin’s Double Dancer and Belgium’s Cleveland behind the decks. 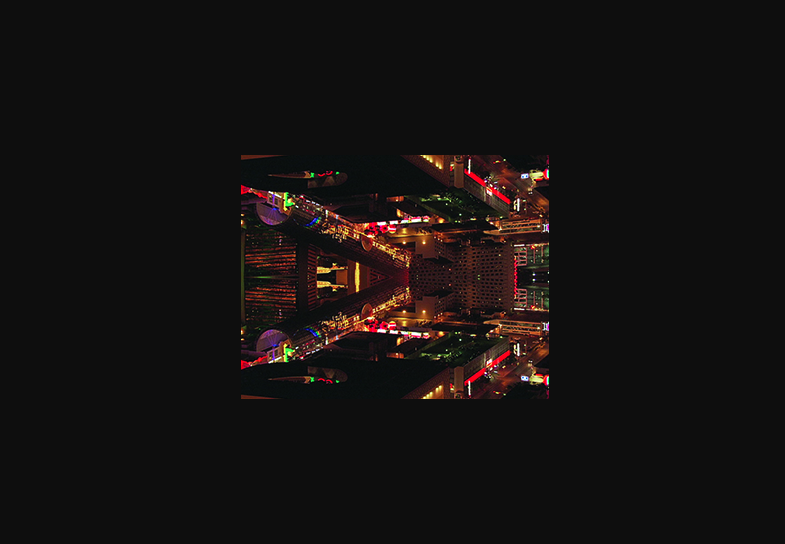 For this year’s artistic project outside of the booth set-up, Art Brussels teamed up with highly renowned Ghent art school HISK. Thought up by the institute’s very own curator Elena Sorokina, the exhibition titled “Mystic Properties” includes works by HISK alumni and friends. The point of departure: the “Ghent Altarpiece”, also known as “The Adoration of the Mystic Lamb”, which was first exhibited in Ghent’s Saint-Bavo Cathedral in 1432. Painted by Jan and Hubertus Van Eyck, the altarpiece is considered one of the most important paintings of the Western canon. The exhibiting artists question both their relationship to its canonical universal greatness and the impurity of categories and canons as such. With works by Kasper Bosmans, Nicolas Provost, Almudena Lobera, and many many others. 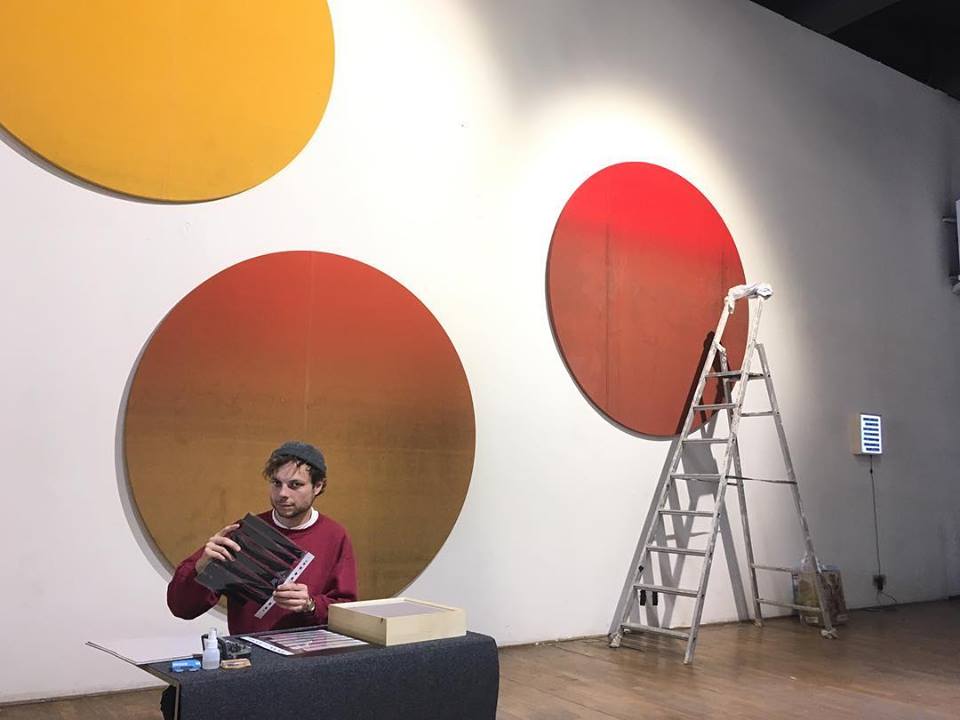 Over the years, alternative art fair Poppositions has established itself as the counterpoint to Art Brussels. This year it’s taking over the gorgeous Art Deco building of the former Atelier Coppens in the city’s Dansaert district. This 7th edition welcomes 29 international galleries, artists’ initiatives and project spaces which will present their artist in one single exhibition designed by artistic director Niekolaas Johannes Lekkerkerk (The Office for Curating) on no less than 4000 square meters. With a focus on emerging talents, site-specific context and experimental and innovative approaches to the art market, the fair continues its critical dialogue with Art Brussels and the art world. This year’s theme “In Watermelon Sugar” shines a light on matters of care in a world that is facing the unprecedented and rapid depletion of life forms and the increased instability of environments and ecologies due to the negative impact of fossil-fuelled economies. The title is taken from Richard Brautigan’s post-apocalyptic novel published in 1968. Besides the exhibition there’s also a great side programme of talks, screenings and more, such as a presentation by María Gracia de Pedro on the subject of the problematic relationship between emerging artists and the contemporary art market on Saturday at 16h00. Interesting. 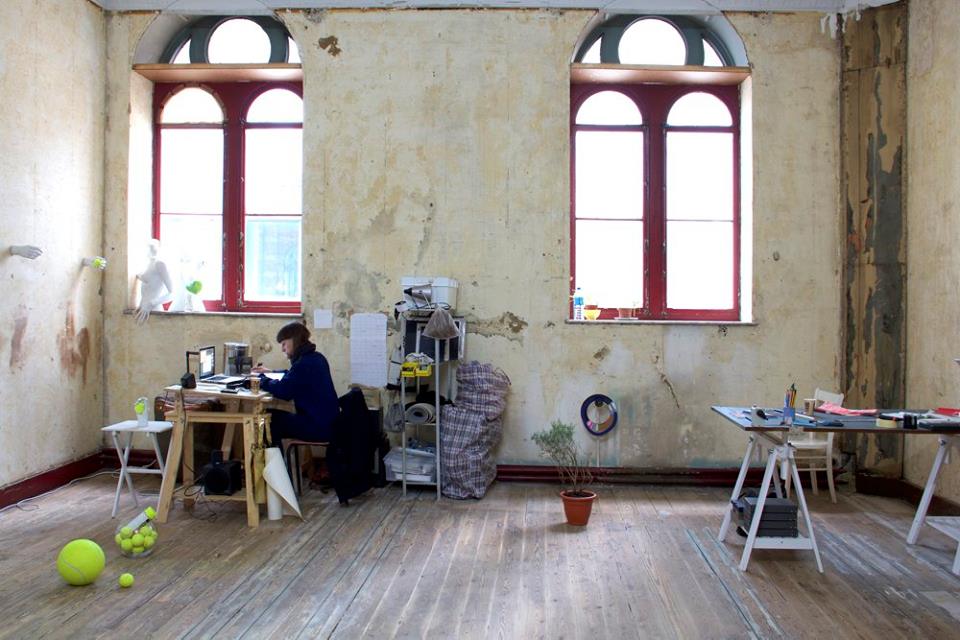 Brussels’ vibrant art scene has its fair share of artist-run initiatives, and one you should definitely check out is Greylight Projects, aimed at supporting emerging artists with studio and exhibition spaces. It has branches in both Brussels and the Dutch town of Hoensbroek with the goal to to foster the development, production and presentation of contemporary art. This weekend the art hub in a former convent is open to the public, giving you the rare chance to discover the artists workspaces as well as two exhibitions. With Emmanuel van der Auwera, Marcin Dudek, Amélie Bouvier, Wouter Huis, and many others. 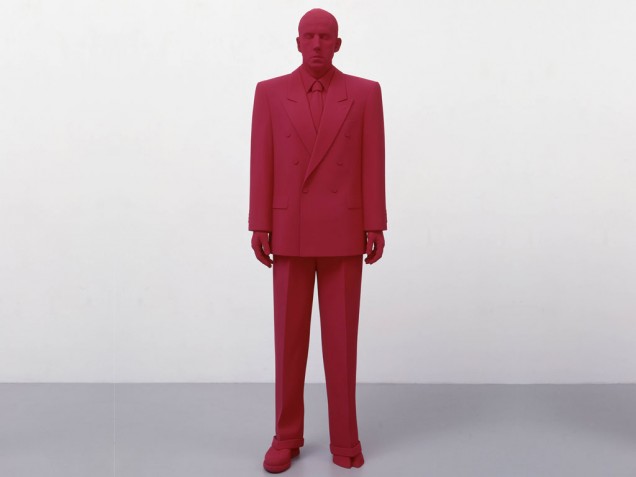 Belgium is, together with Switzerland, the country with the highest density of art collectors. Surprisingly, collaborations between public museums and these private collections are rather rare. Just like it did with the issue of a lack of a major contemporary art museum in Brussels, it turns the topic into an exhibition: “Unexchangeable”. Drawing on a large selection of art-historical, museum quality works from the 1980s and 1990s in Belgian private collections, the show explores the notion of value in the context of the art market. The show narrates a pivotal moment in the history of art when artists, making use of concepts such as simulacrum, simulation and value, tinkered with the paradigm of the artwork’s unique character.

Collection peek: Ghost in the Shell at The Embassy 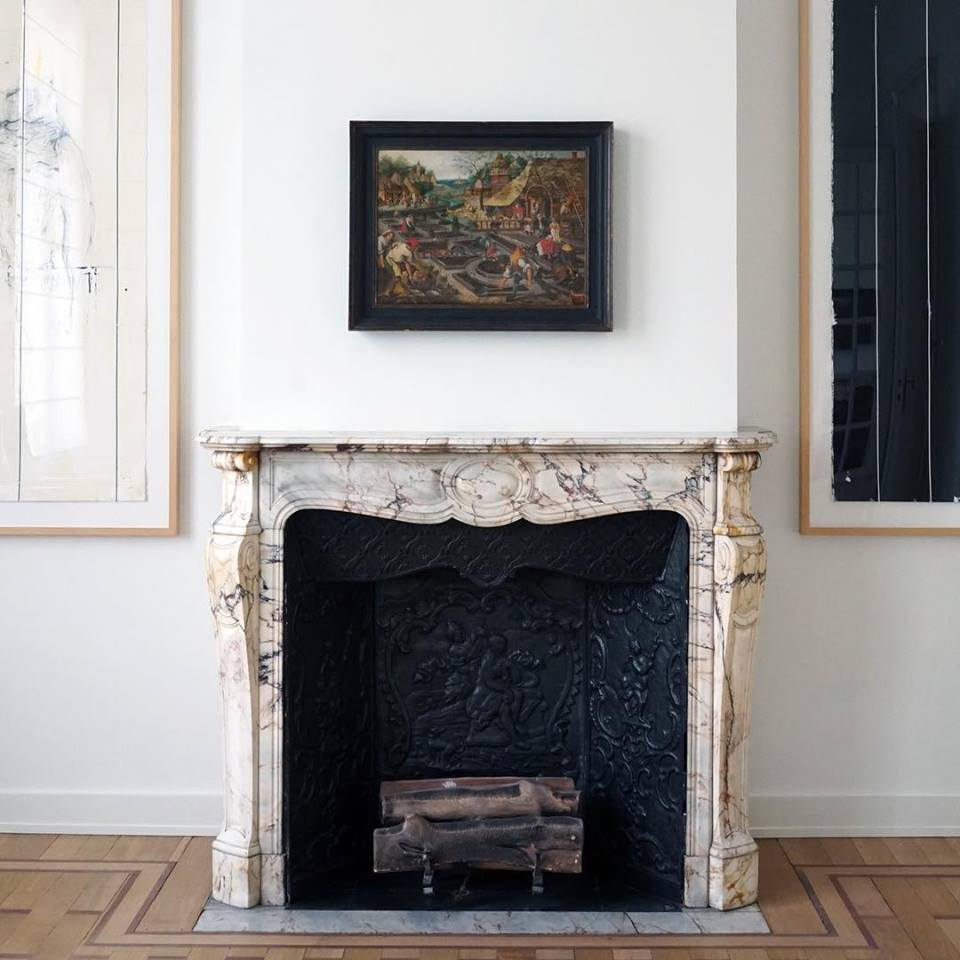 Exhibition space The Embassy, located in a former consulate and hotel in Ixelles, is run by one of Belgium’s most prominent young collectors, Ronald Rozenbaum. Founded in 2016, The Embassy’s mission is to present ambitious artistic endeavours on special occasions, and what better occasion could there be than Art Brussels week. The captivating exhibition brings together Belgian painters from the 16th century to today. Works by the old master Pieter Brueghel and Surrealism icon René Magritte are juxtaposed with paintings by contemporary Belgian artists of different generations from Luc Tuymans to Harold Ancart. 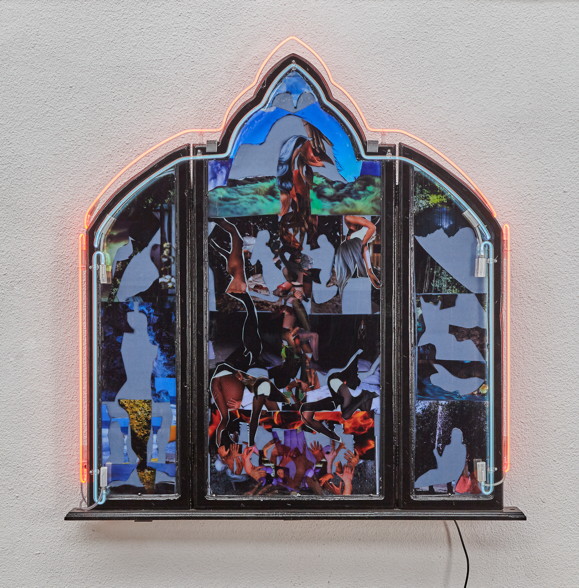 With “This incomplete mythical world whose perfection lay outside it”, Ghent-born, Antwerp-based artist Joris Van De Moortel revisits medieval thought by using some of its well-known themes such as good, evil, and death. Known for repeatedly blurring the boundaries between music and visual arts, the artist combines different genres from painting and video to sculptures and installations. The pieces are the result of Van De Moortel’s historical and philosophical researches of Guy Debord’s thesis number 137 of “The Society of the Spectacle”, which describes the Middle Ages as an unfinished mythical world in cyclical time governing not only nature but also the lives of men. 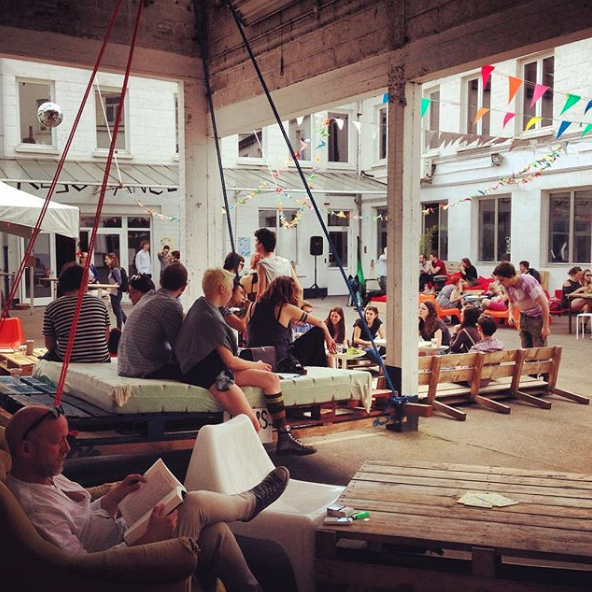 La Vallée is a 5000 m² workspace designed for creative freelancers located in Molenbeek, providing artist studios, exhibition spaces, and more. In the context of Art Brussels’ off programme it’s not only putting on the exhibition “Hors Pistes” but also an open air night of music, drinks, and food. More here. 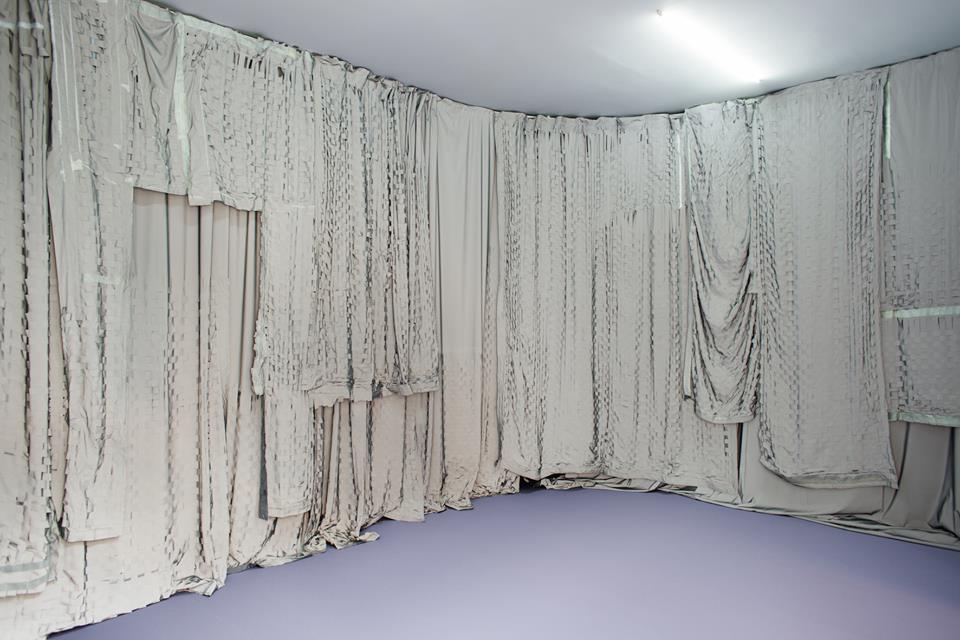 Named after a French film from the 1950s, “Ballon Rouge Collective” is a nomadic gallery with many homes from Istanbul and Sao Paulo to Paris and New York. Now it’s making a pit stop in Brussels with a solo show by French artist Philip Janssens titled “no needs an another mountain”. While his works are difficult to be captured through sight, he uses objects as a trigger for the image constructed in the mind of the viewer. His work needs the perception of the spectator in order to be activated, to establish itself into existence by way of its mental imprint. This Thursday the exhibition space will also be brought to life by three performances: there’s Atelier Bildraum, an artistic duo consisting of architect Steve Salembier and photographer Charlotte Bouckaert who are concerned with space, image and imagination, as well as Italian artist Stefano Faoro and French artist Camille Lancelin. 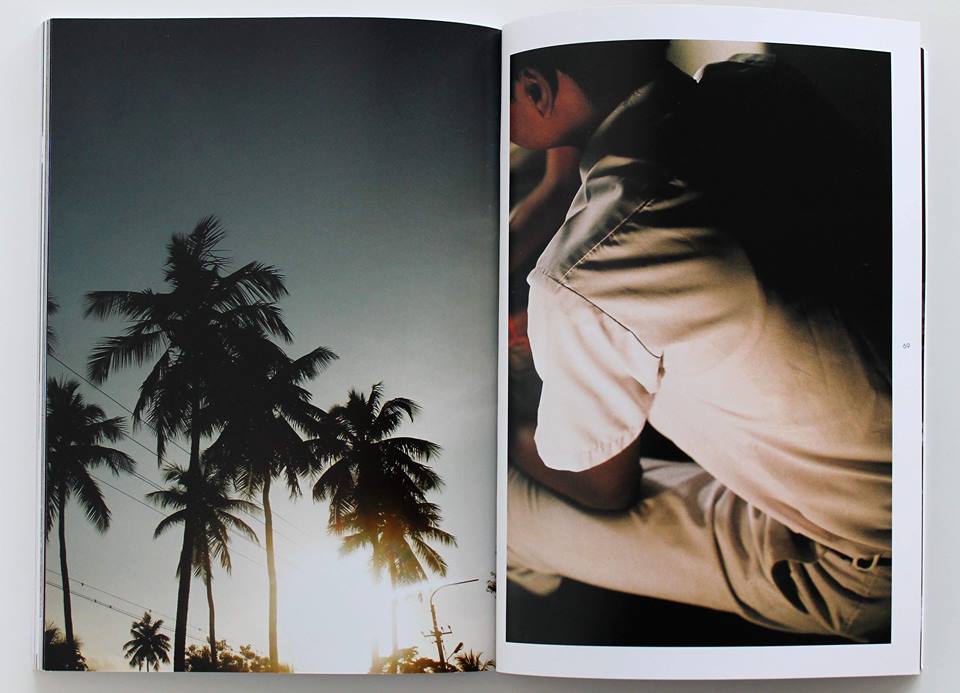 Together with Rachel Monosov, French, Brussels-based artist Lisa Lapierre is launching “Touched by Light”, the result of an artistic and educational residency in India in January 2017 organised by the Thalie Art Foundation. A fresh and intimate view of Indian youth that doesn’t only feature photographs by the artists but also images created by children from the Meikandaar school in Manachanallur, South India.  A beautiful artistic collaboration fostering the development of self-expression and communication while examining the power of framing, story telling and imagination. 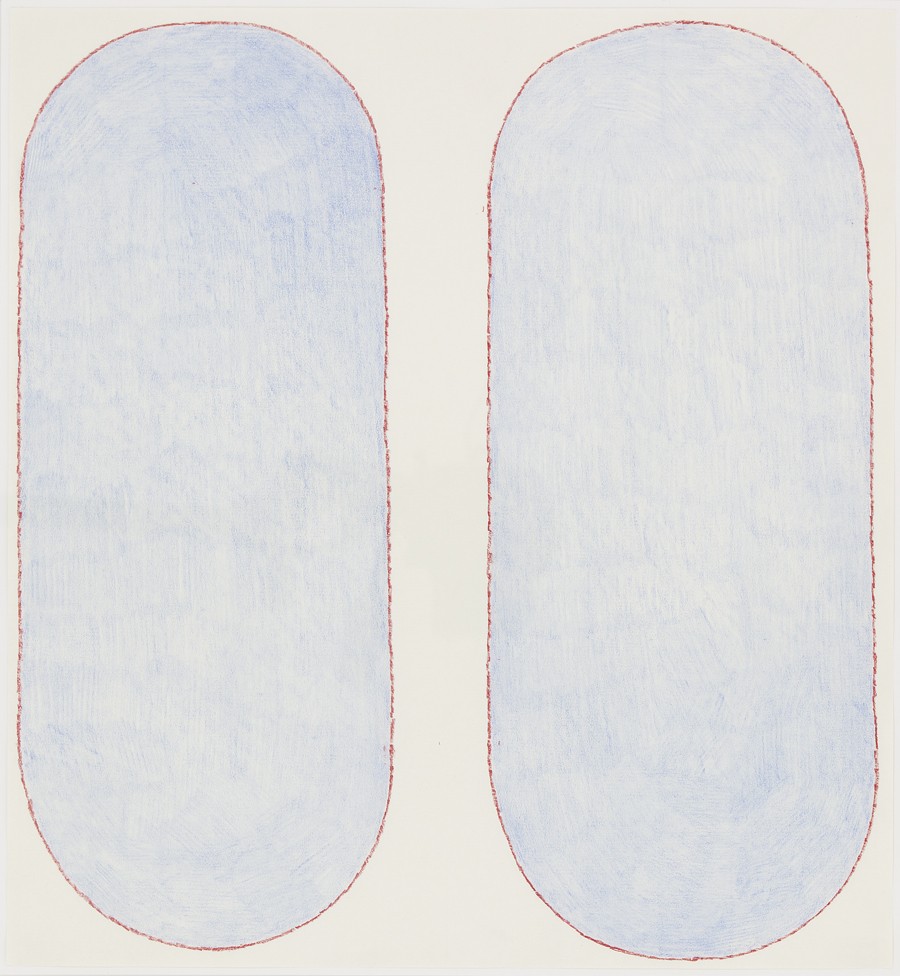 Brussels art space Saloon, (whose founders we interviewed here), is leaving its home this summer to temporarily settle down at fellow non-profit Komplot. This Friday you’re invited to the opening of “Das reine Sein als Anfang”, a solo show shining a light on the for a long time underappreciated oeuvre by 92 year old German artist Heinz Butz. While his American and German colleagues had achieved international notoriety already for decades, his delicate works are now being rediscovered by the contemporary art world, and rightly so. When Elsworth Kelly, Frank Stella and Barnett Newman achieved international fame with their shaped canvases and monochrome surfaces in irregular, expressive forms in the 60s, Butz was working on a similar path in Munich. The difference: The formats of the works by the American artists are enormous, while Heinz Butz’s paintings are intimate, intellectual, and meditative. He’s the ‘Minimalist’ among the shaped canvas artists and thus modestly calls his own works Bildobjekte, i.e. ‘pictorial objects’. 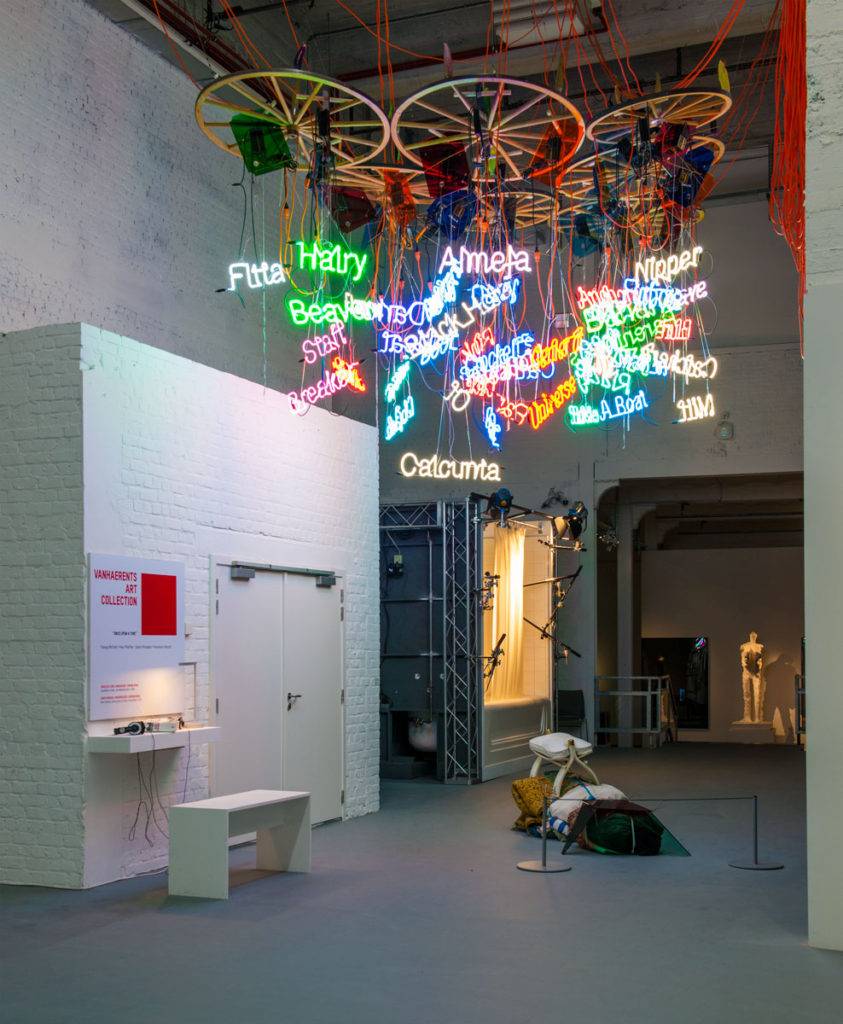 While artists, gallerists and curators get quite some spotlight, collectors are are the hidden figures of the contemporary art world. The exhibition “Private Choices” puts 11 art lovers and their collections on center stage, shining a light on their their very personal visions of art and life while highlighting the specific characteristics of each collection. The show includes some of Belgium’s most prominent collectors such as Frederic Goldschmidt and the Servais family, featuring artworks by iconic artists from Marcel Duchamp to Damien Hirst, Nan Goldin, and Cy Twombly. Not to miss! 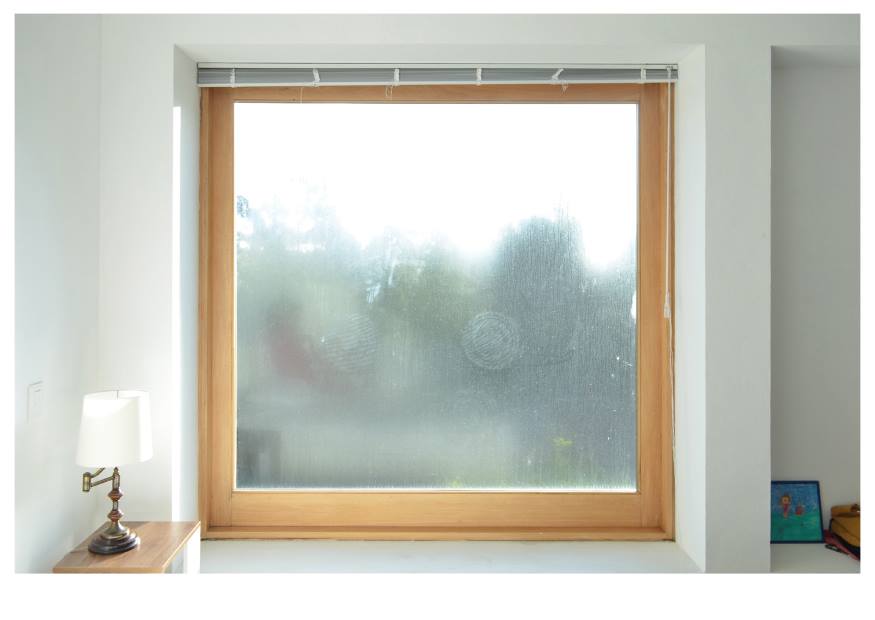 105 Besme is an exhibition project by curator Tania Nasielski, who has been hosting high-quality shows in her living room for over ten years now. This week she invites Belgian artist Sylvie Eyberg and Colombian, Brussels-based artist Juan Pablo Plazas into her home who both work with elements they found or received: images and text in Eyberg’s case and for Plaza it’s mundane objects and materials. 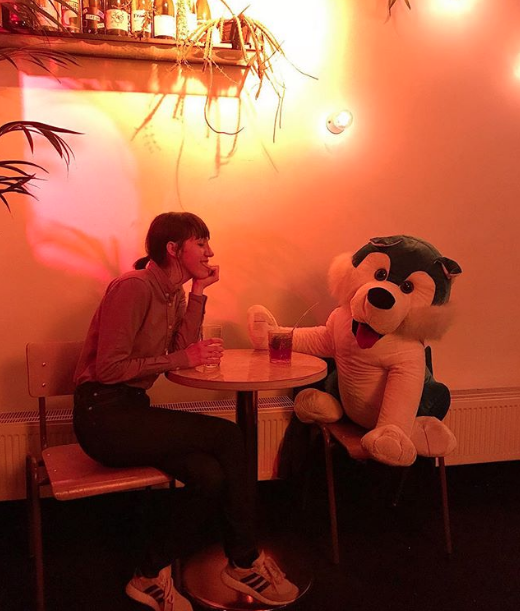 If you need a break from all the hustle and bustle, Jane’s bar in Ixelles is a great choice. Every day during Art Brussels you’re welcome to “Infairno” to recharge from your exhausting art fair marathons and gallery tours. Great for a coffee or cocktail during the day to talk art (or not) and for a glass of good wine in the evening, when Djs set the mood until 2am. There’s also a delicious brunch on Sunday.