Adrien (27) and Alex Waeyenbergh (29) seem to be inseparable. Not only are they brothers and best friends, they also founded Wild Shelter together, a fairly new Brussels-based band which got our attention with their dreamy EP “All Is Bright” mixing electronica, pop and rock. The indie outfit is just in the process of kicking off their musical career, and we had a chat with the brothers about these exciting times.

How did you guys get into music in the first place?

We started really young. Our parents regretted they never learned any instruments, so they sent us to the local music school in Auderghem when we were six years old. We learned classical and acoustic guitar and later played in the school’s cover rock band.

Did you enjoy it from the start or was it more being forced into it by your parents then?

Alex: At first I didn’t like it. For a month and a half I ditched my classes and went to the nearby circus instead to watch the shows and eat lots of snickers. Not because I didn’t like music, but because I was scared of the teacher. In the end my parents found out and we had a talk with her, and it was all good. She remained quite strict but music became a real passion for me.

You had quite a classical music education then. How did you start composing and decide to have a band?

Adrien: I hated the whole notes thing in the beginning. It all started out quite scholarly, and the amusement came later. Actually I first tried the drums, but when I tried to compose songs I understood the force of the guitar and changed instruments. Composing music was something encouraged by the Academy. We even had to present songs to a jury already at the age of 11, and loved it. SO we continued doing it.

When did you realize this might be more than just a hobby?

For years we dreamed of doing this in a more serious way, but didn’t dare. We didn’t see it as a viable job option. After graduating from university we both decided to not look for work related to our studies, but get part time jobs in a restaurant to be able to really focus on the music.

You just recorded and released your very first EP. What was that like for you?

This whole experience has been a bit of a turning point for us. It’s the first time we recorded in a proper studio. We worked with Charles de Schutter from Recnroll, and want to go back as soon as possible to make a whole album. It’s been the greatest moment in our musical careers so far, also because it signifies a big step forward, and makes everything more professional somehow. Before we played around at home, but now we’re a real band. It’s been a very motivating and enriching experience. 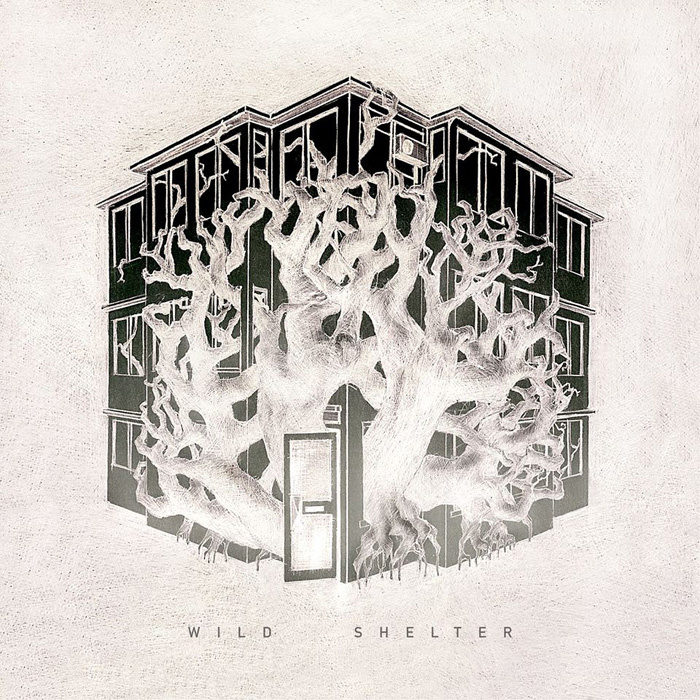 Just perfect. He was very relaxed and open-minded and we had a good connection, which is important. He guided us in choosing sounds, researched guitar sounds with us, … we were able to try out lots of different ideas, which was great.

The EP is titled “All Is Bright”. What does it stand for?

For us “All is Bright” perfectly sums up the vibe of the album: melancholy and nostalgia paired with hope and optimism.

How and where did you write the songs for the EP? What were your inspirations?

Alex: We mainly wrote the songs at home in our bedrooms. One of us has an idea, and then we work on it together. We always write the music first, and then I add the lyrics depending on what it evokes. We complement each other quite well in our tastes: Adrien is more into electro and pop, I’m more into rock. I like old rock groups such as The Doors and long instrumental solos. The Strokes, Brit rock and War on Drugs also really speak to us. I think our music is the result of confronting 70s rock with contemporary pop.

Adrien: I’m really into rock mixed with electro, such as Digitalism. I want to make rock but combined with everything that is possible today. We shouldn’t deny the present but instead subtly incorporate it. I love the power of minimal house for example.

What’s your opinion on Belgian music? Do you feel like you’re part of a scene here?

The Belgian music scene in general seems very vibrant. So many new groups of all kinds of different styles are surfacing all the time. We’re quite into music made in Belgium, especially Great Mountain Fire, Recorders, BRNS, Balthazar, … there’s a certain energy palpable, and we hope to find our place in it too. 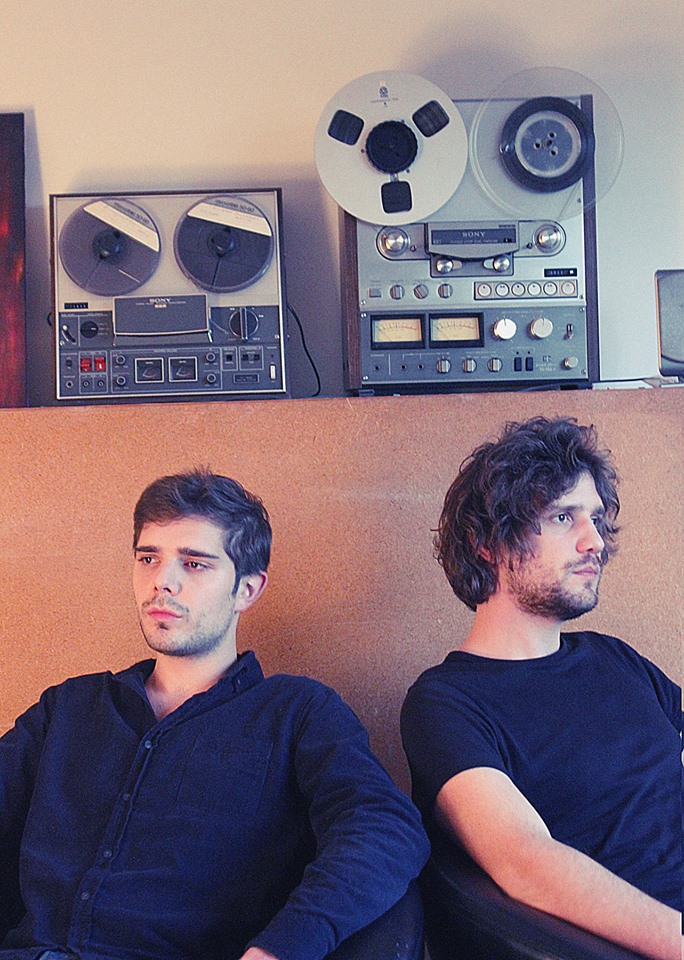 Adrien and Alex at Recnroll Studio

What’s coming up for you in the next months?

Our EP release show is coming up on 22 April, which will hopefully be the start of a long series of gigs. We’ll invite music professionals and press and are hoping to find a booking agency soon. So for the moment we’re concentrating on preparing future concerts, meaning we need to translate our studio songs into versions that work on a stage. For this we also recruited more musicians, it’s not just the two of us anymore but we joined forces with a drummer and a keyboard player.

What’s it been like for you to welcome more musicians into the formation?

It opens up so many new possibilities. It’s great to play with more people. We’re no experts when it comes to keyboards and drums, and we’re very grateful to have so talented musicians with us. It’s enriching and it’s been a completely positive experience. We always wanted a “real band”!

You’ve always lived in Brussels and don’t seem to plan on leaving any times soon; what is it that you like so much about this city?

Yes, we spent our whole lives here and watched many people leave. But this is our city, our friends and families live here, we know every corner of it and feel at home. Plus, Brussels has been changing so much in the last years, and so many new initiatives are blooming. We want to be a part of that.

What are your biggest dreams for Wild Shelter? Playing huge festivals like Coachella?

Of course it would be totally amazing to play festivals like Glastonbury, Coachella, even Werchter…but that’s not really what we dream of. Our dream would already be fulfilled when we can wake up in the morning and do nothing but music, when we’re able to support ourselves with it. We just want to survive with our music, travel a bit and play concerts. We don’t need to become super famous.

Last but not least, can you tell us your 5 favorites spots in Brussels?

Parc De Woluwe is a great place to go running, and for food we’d recommend Little Tokyo at St. Boniface, a fairly new place inspired by Japanese food. It’s delicious and the atmosphere is nice and relaxed. A bit of a less known gem maybe is the Military Museum in Parc Cinquentenaire. Entrance is free and you can go all the way on top from where you have an amazing view over the city. We also have to mention our neighbourhood bar of course, Le Batonnier. It’s this typical Belgian place full of friendly nutcases, like this guy who is convinced that he is Napoléon. And it’s not very original, but we hang out at Botanique a lot. The programme is just really great, there’s so much variety, and tickets are quite cheap. We discovered so many new bands there before they got famous.