Brussels’ Art Truc Troc of course can’t compete with the big players like Art Brussels or BRAFA, but it’s a great art event in its own right. Here, it’s not about collectors, art advisors, and the big bucks, but about creativity and fun: if you want to buy an artwork, you attach a post-it next to it with a proposal of what you’d offer the artist in exchange. These offers range from “A bunch of rocks” to “A place to exhibit” or “Two weeks in Spain all included”. With its original concept, thought up back in 1971, this art fair of a different kind aims at reaching a wider public, and making more people familiar with the contemporary art world. Here are five artworks that caught our eye at last weekend’s 13th Art Truc Troc edition at Bozar.

We spotted “Tripod” in the design part of the fair, its newest section. Self-taught designer Johan Breton’s practice is informed by his passion for old objects, which he transforms to give them a new life. Accordingly, “Tripod” is a lamp made of an old SNCF train box, reminding of old measuring tools used along the railway or old light projectors on movie sets. 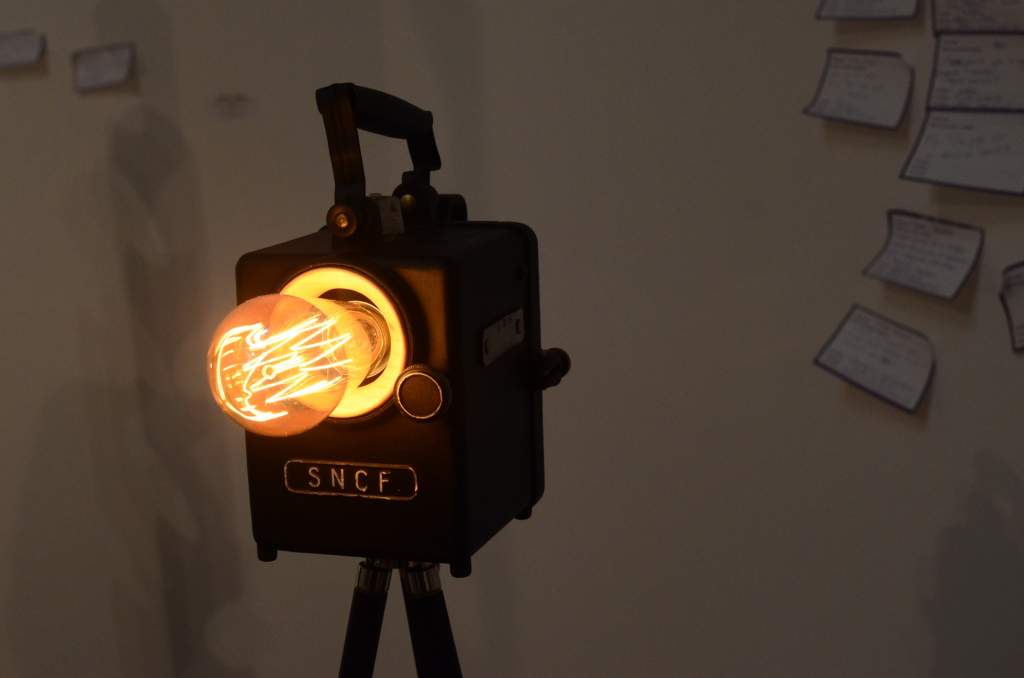 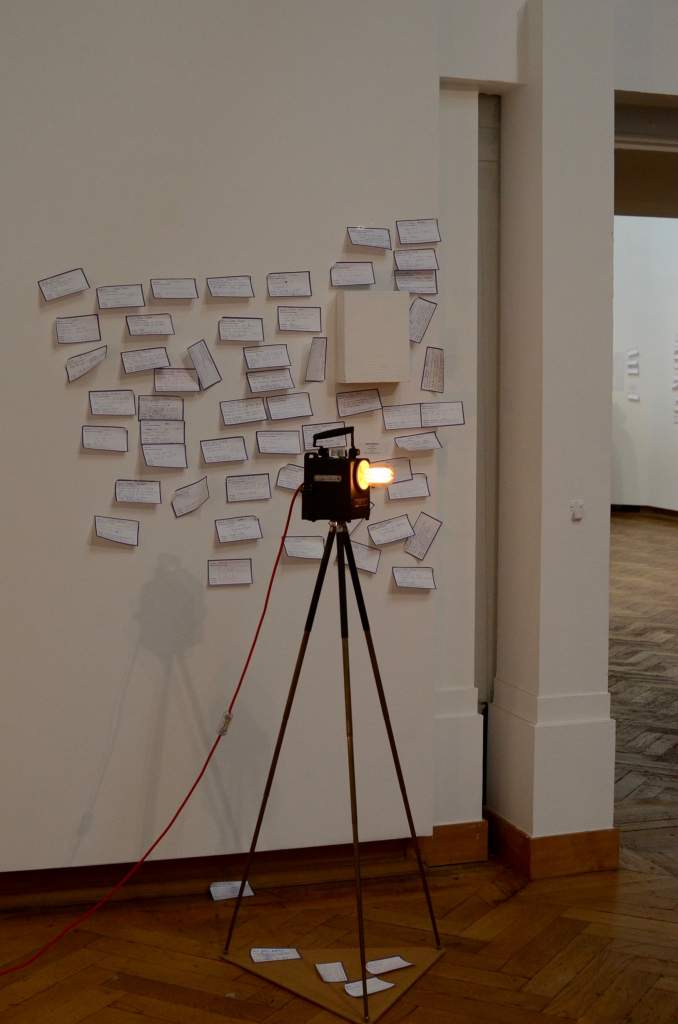 Calais has risen to an unfortunate fame these last months, as one of the spots where the current refugee crisis manifested itself in all its misery. No wonder then that quite a number of photographers were drawn to the refugee camp with the goal to document its horrific conditions. One of them was Vincent Peal, whose haunting images of “The Jungle” will stay burned in your head for a while. 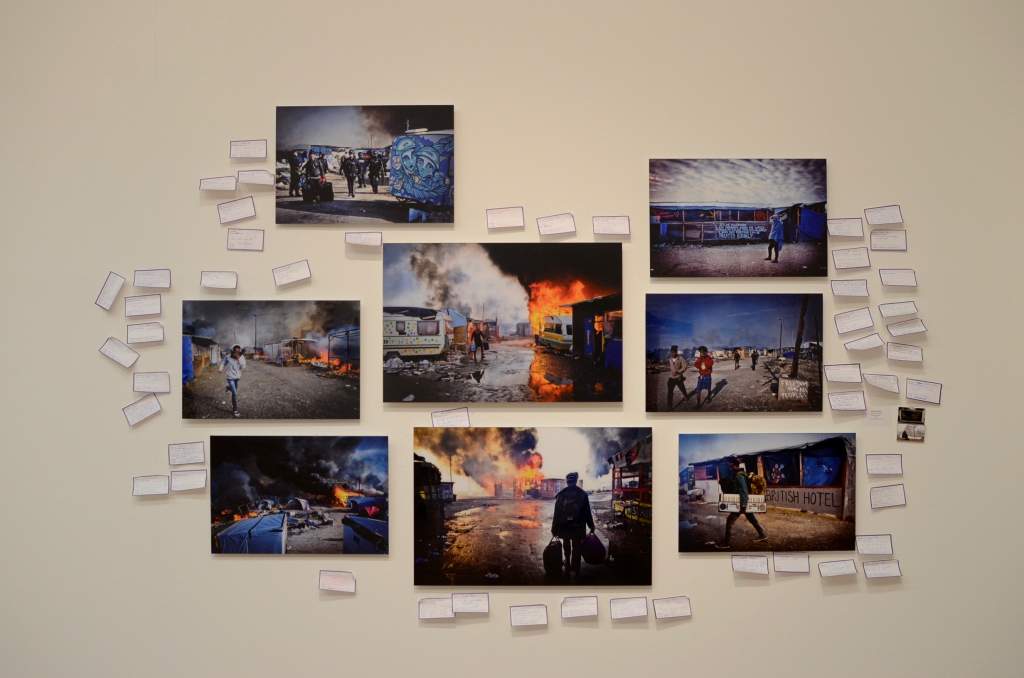 Argentinian-Armenian artist Enrique Kabaritian’s large-scale piece hypnotizes the viewer not only with its size but also with its sensual use of color. There’s a meditative quality to it that might hold your gaze for quite a while.

French artist Marc Brousse is a master of pointillism, working with a meticulous technique that only uses pencil strokes. He presents his drawings on an architectural frame with an internal backlight. “The use of monochrome emphasizes the contrast between shadow and light”, says the artist himself, who is especially interested in exploring the relationship between nature and architecture. 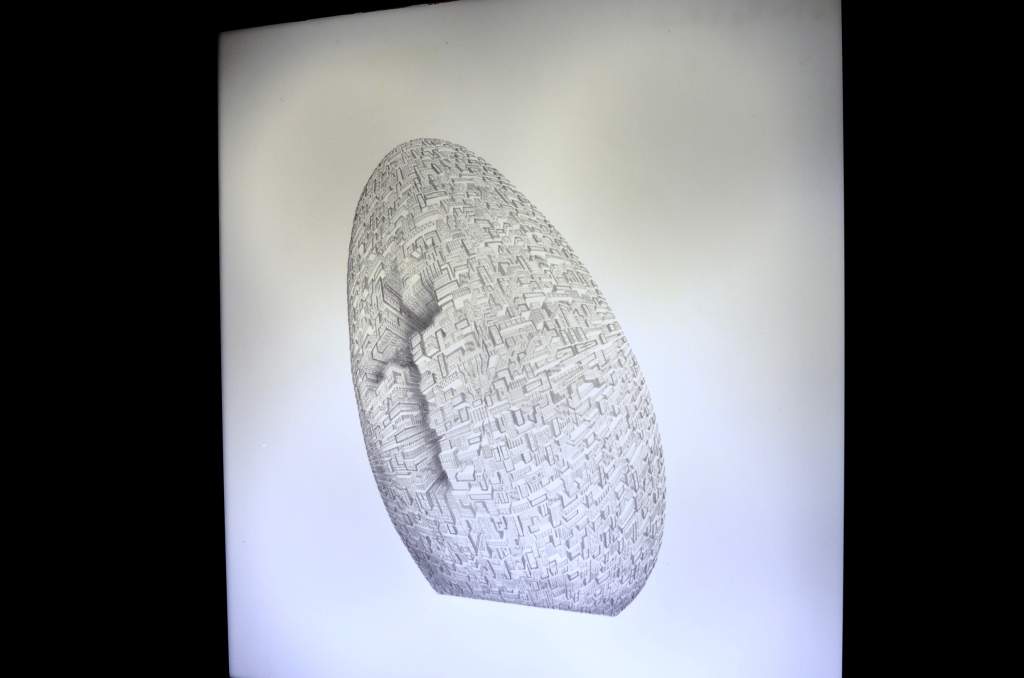 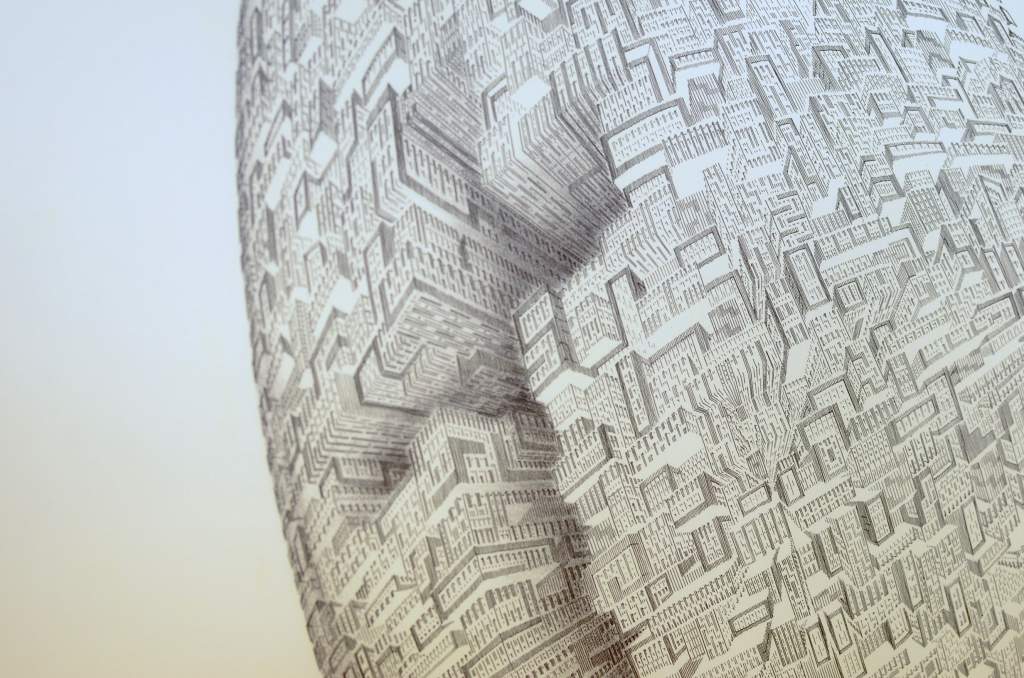 Flora Hubot’s main source of inspiration are Argentina and the city of Buenos Aires, where her mother was born. This piece is made up of lots of little parts, all forming together to a big, colourful mosaic, a visual diary of sorts representing the artist’s past. 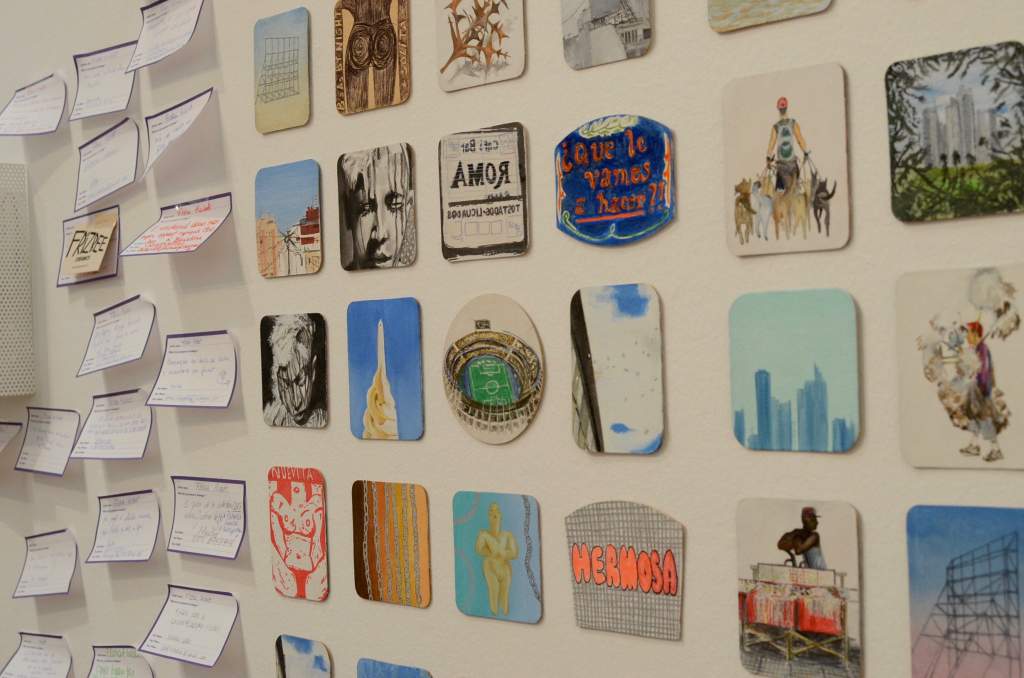