After an art-starved summer break only interrupted by a few fantastic summer shows, the new art season kicks off with a bang this week! During Brussels Gallery Weekend 2017, there is, as every year, a myriad of exhibitions to attend, in commercial galleries as well as independent art spaces. It’s almost impossible to visit every show, which is why we’ve scouted the ever-growing and continuously vibrant local art scene for you to select the 12 exhibitions you really shouldn’t miss.

From 7 September until 12 October 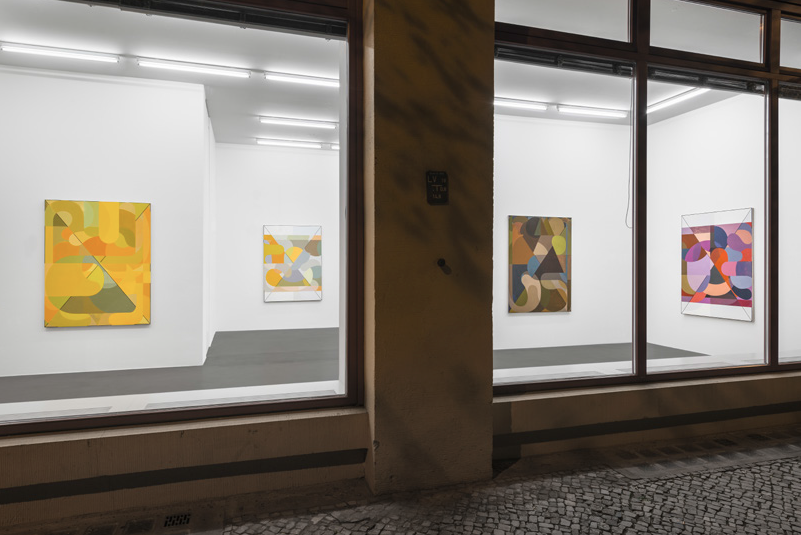 Clearing gallery, which also operates a space in Brooklyn, recently moved its Brussels home to 311 Avenue Van Volxemlaan, a former shutter factory of no less than 5,400 square feet. During the gallery weekend New York-based artist Sebastian Black takes over the massive space with “My Interests”, combining paintings and a video. The latter displays blindfolded members of the gallery staff putting text stickers on Black’s creations, questioning our romantic notion of painterly authorship, for example. In the past, the artist has especially made a name for himself with his so-called “Puppy paintings”, deconstructed ambiguous mosaics reminding of Cubism accompanied by elaborate work titles Black describes as “Tales”(pun with “Tails” intended).

From 6 September to 9 December 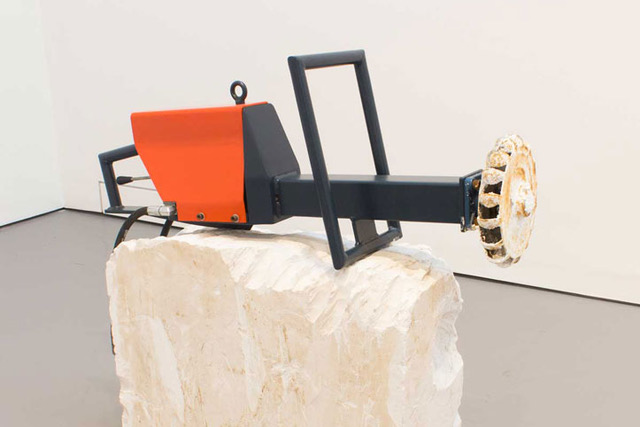 The group show “Perpetual Construction” is a dialogue between 14 artists and the iconic house of French metal artisan and self-taught architect and designer Jean Prouvé, best remembered for his pioneering role in the pre-fabricated housing movement. He conceived his “Demountable House 6×6” as a temporary refuge for people who had lost their homes during the war, in order to sustain them with a shelter while rebuilding their lives. The current exhibitionat CAB is thought up as an urban construction site, drawing attention to the way we organise, control and inhabit space. With Philippe Van Wolputte, Gabriel Kuri, Nina Canell, and many others. 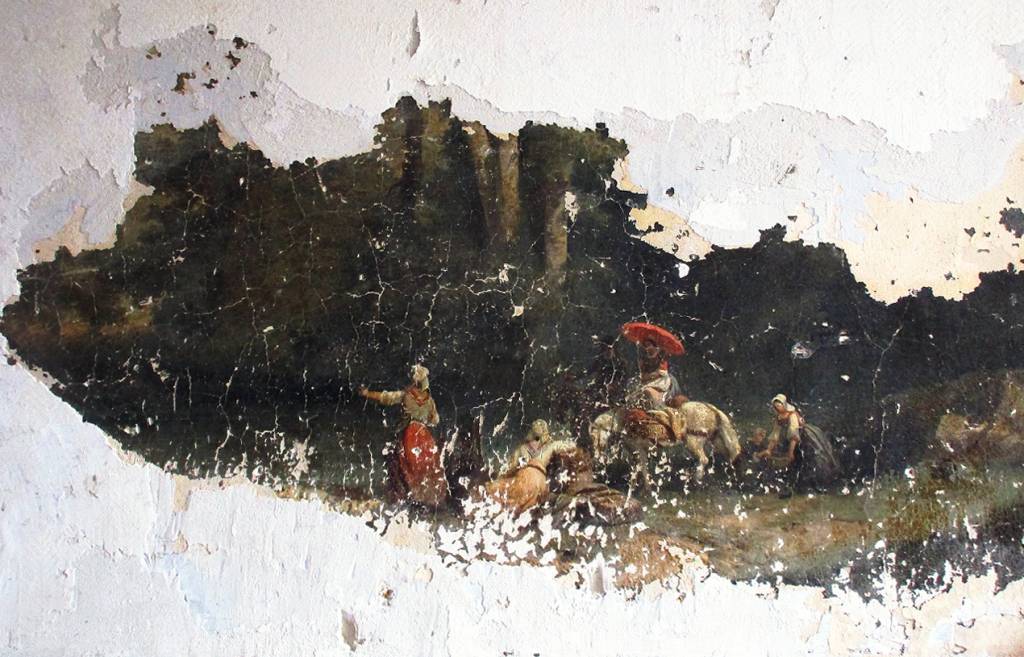 Exhibition project Artists Club Coffre Fort occupies a quite spectacular space: the vault of a former jeweller in the center of Brussels. On the occasion of its 5th anniversary, it’s now expanding its exhibition space to the exterior corridor. Next to the uncovered 19th century fresco opposite the ACCF entrance inside the house on Rue du Houblon 63, the creative minds behind it all will display printed matter from the 23 past exhibitions. With works by Jonas Locht, Ella De Burca, Robert Wilhite, and many others. By the way: the Bed & Breakfast situated above the art space was designed by artists as well, and it’s open to the public on the day of the opening.

From 8 September to 21 October 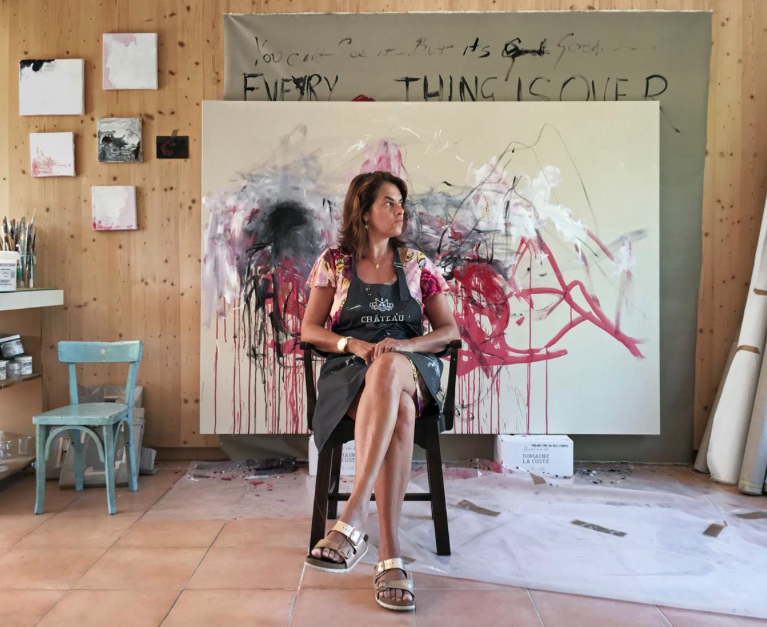 Xavier Hufkens opens the season with art superstar Tracey Emin, whose show “The Memory of your Touch” expands over both gallery spaces. The British artist is known for her autobiographical and confessional artworks capturing universal emotions, such as “Everyone I Have Ever Slept With 1963–1995”, a tent graced with the 102 names of people the artist had shared a bed with in the past. In this show at Xavier Hufkens, Emin employs a wide range of media including paintings, bronze sculptures, works on paper, neon texts and a video, revealing the most recent developments in her intensely personal oeuvre.

From 7 September to 28 October 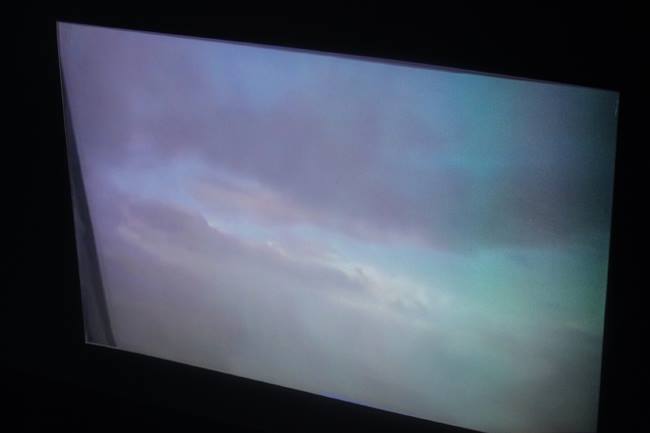 At Hopstreet gallery you can not only discover a solo expo by Belgian artist Tinus Vermeersch but also Nadia Guerroui‘s take on the gallery’s ongoing window project. Selected by Museum Dhondt-Dhaenens curator Charlotte Crevits, French-born Guerroui explores the frontiers of the window with “A World out There”, an installation extending into the public space. Vermeersch impresses with intricate drawings and paintings that seem reminiscing of old masters like Breughel and Bosch: ”I like seeing my work as fragments and hints of lost epic times and vernacular societies, as parts or details ripped out of a larger context”, the artist says, referring to himself as a archeologist of sorts who is “in search for the story between the few scattered remains I have collected and inventoried”. 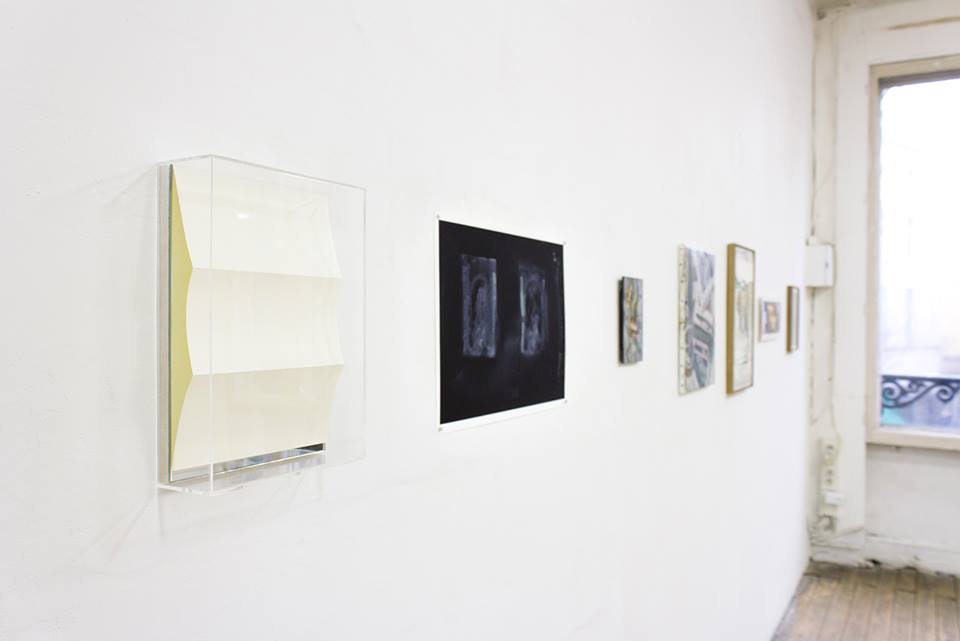 Dalonaz I at Royal earlier this year

Royal, that’s the studio of French-born, Brussels-based artist Brice Guilbert. This week he transforms it into an art space, putting on a large group show bringing together artists from his surroundings which have certain affinities and perspectives in common as well as their geographical location. Accordingly, “Dalonaz II”, the title of the exhibition, is the Creolian word for companionship. “After having created Island together with Sébastien Bonin, I’m trying to continue this curatorial approach in an independent format”, Guilbert says. The genre-crossing show includes works by Emmanuel Van der Auwera, Manor Grunewald, Rokko Miyoshi, Gudny Rosa Ingimarsdottir, and many many others.

From 7 September to 28 October 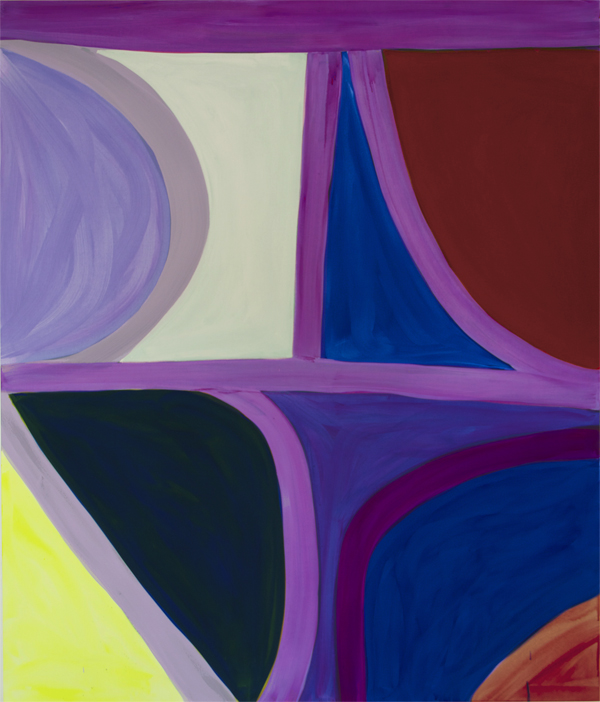 The title of the exhibition,“Artemisia”, refers to the first woman to become a member of the Accademia di Arte del Disegno in Florence: Italian Baroque artist Artemisia Gentileschi, considered one of the most accomplished painters in the generation following Caravaggio. In this spirit, Albert Baronian gallery‘s show wants to shine a light on five female painters today without necessarily drawing parallels between their practices: Marina Adams, Ilse D’Hollander, Amy Feldman, Fiona Mackay and Leen Voet.

8 Vacanze in Italia at Komplot

From 1 September to 14 October 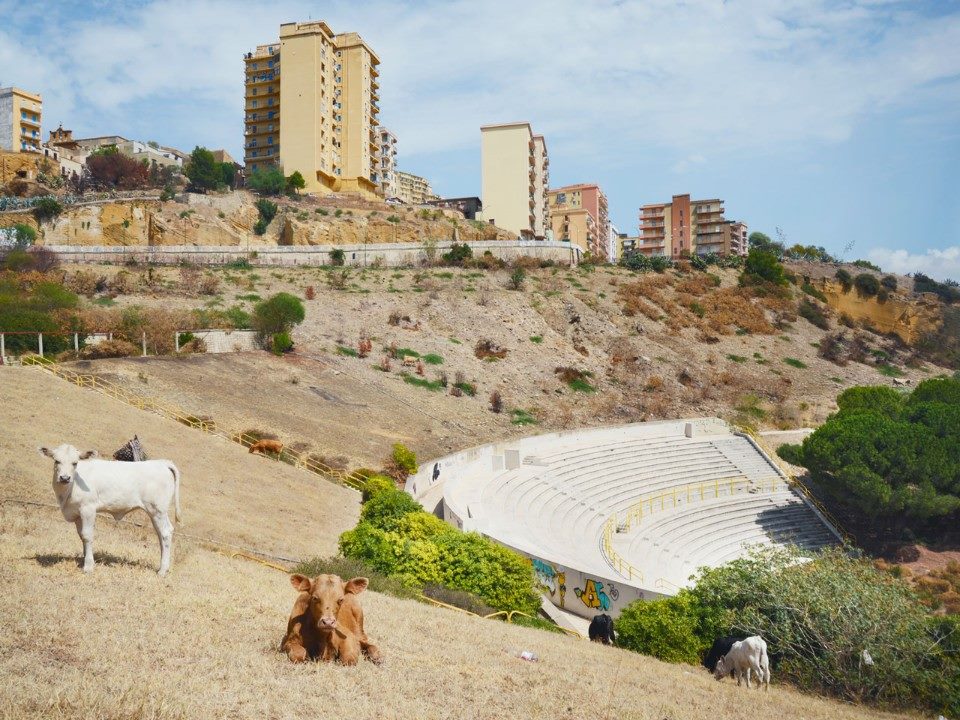 Independent art space Komplot invites Italian art collective Alterazioni Video, which is occupied with interpreting public-sector architecture, for a compelling exhibition taking the viewer on a very interesting trip through the ruins of modernity: architectural and infrastructural works whose construction has been halted due to design errors, political decisions, inaccurate cost estimates, contractor bankruptcies or else. The collective from Milan has been working on identifying, surveying and researching examples in this context for over 10 years, while staging a series of cultural and artistic operations that give dignity to these structures after their abandonment. 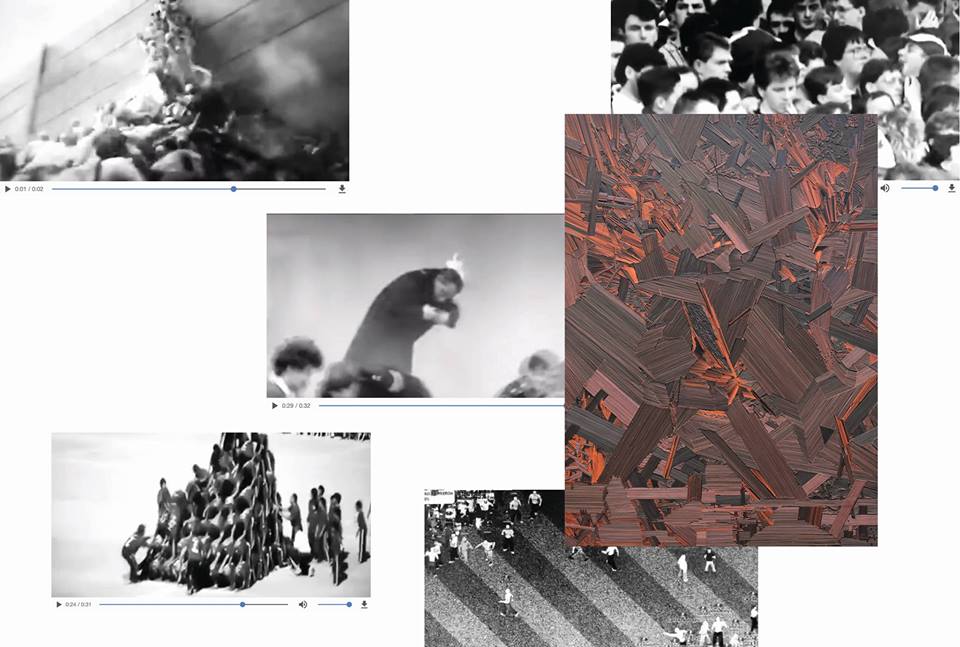 Harlan Levey Projects is back from the summer break with its third solo show by Polish artist Marcin Dudek. Taking an autobiographical approach, “Steps and Marches” retraces his steps as a teenage member of Cracovian football fan club, putting it into context with a public incident a few years later: a violent stadium riot. Dudek put years of research into the subject, exploring the materials and messages around the stadium in an ongoing investigation of group behaviour and crowd control. An interesting way of merging the private with the public and examining an event from different perspectives.

From 2 September to 7 October 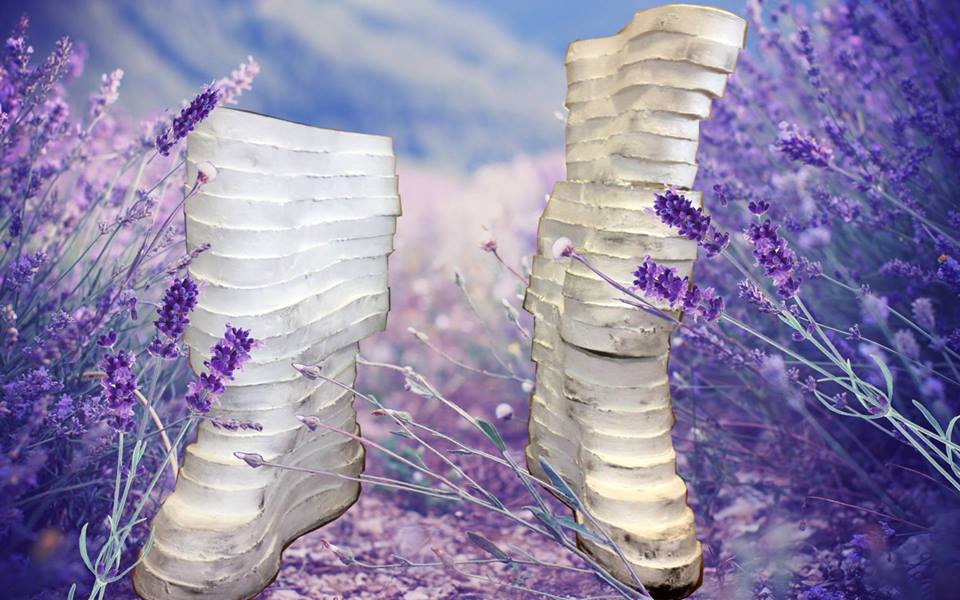 The art space with the intriguing name Damien and the Love Guru lets you discover the artistic universe of German artist Christiane Blattmann. Run by Priya Shetty and Zoë Denys, the project focuses on cross-disciplinary approaches by emerging artists presented in non-conventional exhibitions, allowing you a little break from the typical commercial white cube show. Blattmann’s works, mainly installations, often take architecture and the structures of our everyday lives as a starting point.

From 7 September to 14 October 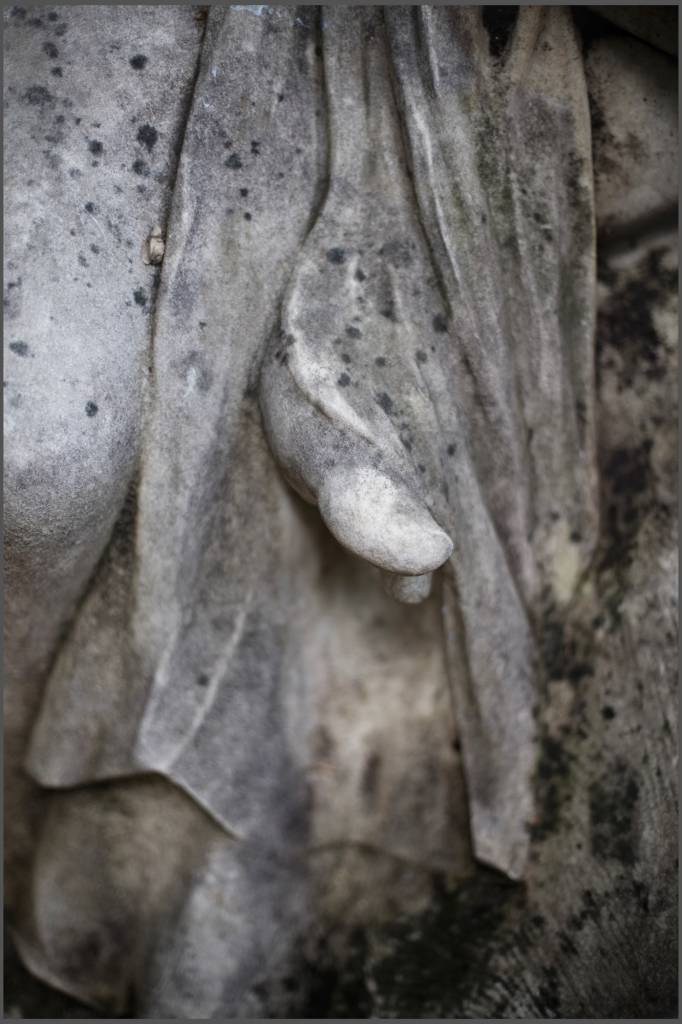 Meessen De Clercq presents “Mountains are like the bones of the earth. Water is its blood.”, a solo exhibition by Vietnamese, Paris-based artist Thu Van Tran whose fascinating work is currently being shown at the Venice Biennale. Inspired by literature, history, architecture and nature she explores the concepts of contamination, identity and language. Influenced by growing up between two cultures and a refugee past, Tran approaches postcolonial questions from different perspectives. The exhibition at Meessen De Clercq includes amovie, sculptures and big tarps from Ho Chi Minh City.

12 Art on Paper at Bozar 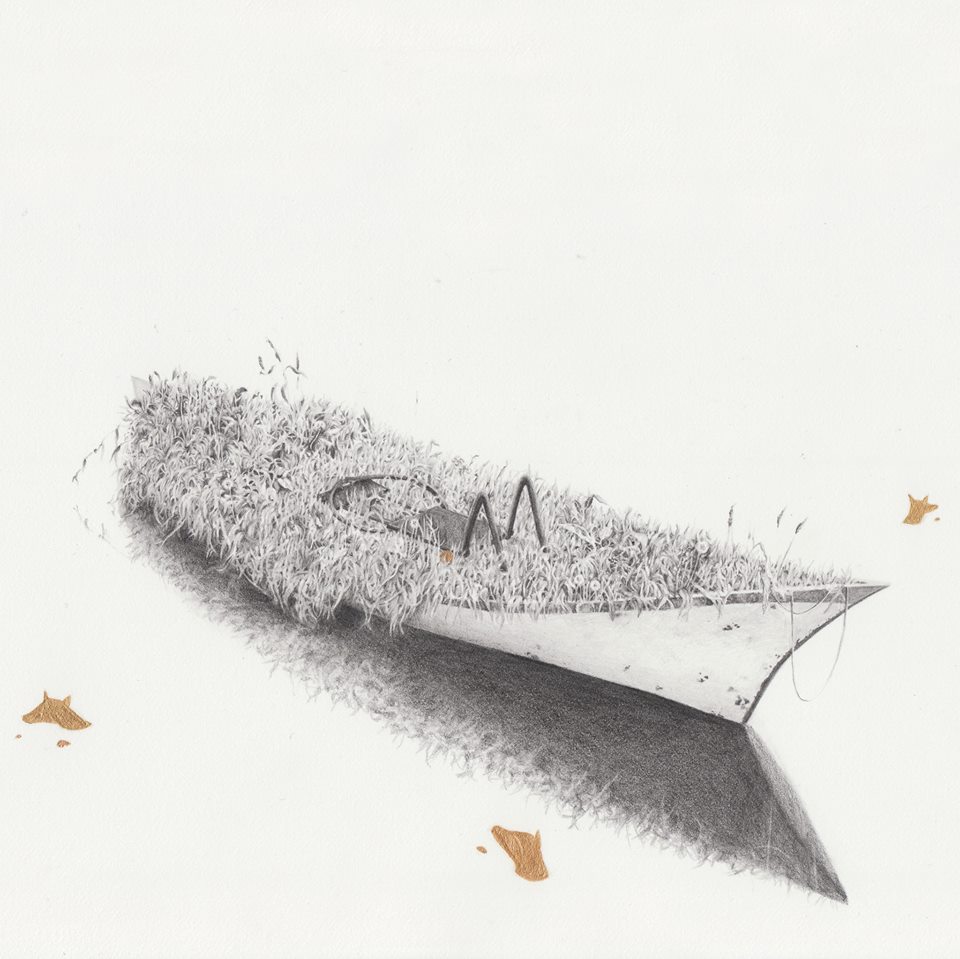 This week Bozar hosts  Art on Paper, a fair that’s solely dedicated to contemporary drawing, paying tribute to the sometimes under-appreciated genre and its multiple forms and techniques, from figurative to abstract, from monumental to minimalist, performance-based or narrative. While some artists dedicate the entirety of their practice to drawing, others connect with it only occasionally. The viewer gets treated to 25 solo shows of both emerging and established artists, including Carolina Fernandez presented by Rossi Contemporary or Patrick Heide who is participating with Berlin gallery Martin Mertens.