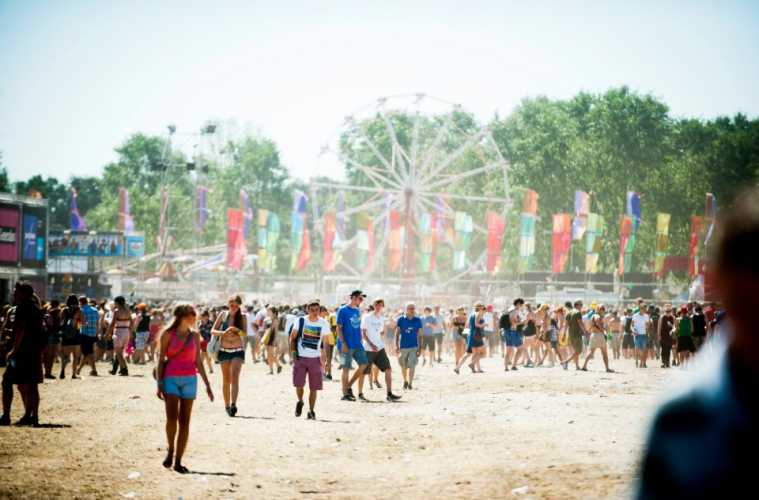 With Dour having kicked off earlier this week, Belgium’s festival summer really is in full swing. The country might be little, but just like every year the number of music bashes is astonishing. While many festivalgoers can’t wait to welcome the international big-shots in their homeland, we want to shine a light on the country’s native talent: here are our homegrown must-sees for this year’s festival season.

Last summer Girls in Hawaii made their comeback after a two-year hiatus and now you can catch them again on Belgium’s festival stages. Their latest album Everest, a dreamy and rather melancholic record, was an instant success and confirmed their status as one of Belgium’s top indie poppers.

Up-and-coming Belgian five-piece Recorders, which just released its sunny new single “Beach”, already showed at the band’s Dour debut last year that they’re more than ready for the big festival stages. Right now the indie pop rockers are busy preparing their excellent first record “Above the Tide”, which will be out this fall: a dancy, atmospheric and multi-faceted debut album.

Adriaan Van de Velde a.k.a. Pomrad is undoubtedly one of Belgium’s most interesting electronic producers at the moment. Based in Antwerp, the trained jazz pianist has been making a name for himself with his original take on electronic funk.  While he impressed us completely alone on stage at Dour 2012, he now performs as a trio. Hou that sounds you can check out at this summer’s Fest In Het Park.

If you’re into garage rock, this Brussels four-piece will not disappoint you. Their dirty rock tunes work especially well live on stage, which the band has already shared with the likes of Thee Oh Sees and Ty Segall. Their self-titled debut album is out now on Humpty Dumpty Records.

With their sort-of experimental but at the same time catchy indie rock, BRNS have already made it onto the big festival stages of Pukkelpop, Rock en Seine and the likes. Their live performances are fresh, energetic and powerful all at the same time, which you can check out for yourself this summer in a much more intimate setting at Liège’s Microfestival.

If you intend to dance your ass off, The Subs will make you move your feet without a doubt. The Belgian electro duo from Ghent, now based in London, is especially known for catchy, high-powered dance tunes such as “The Face of the Planet” and “The Pope of Dope.”

Dark, melancholic pop meets modern soul: that’s how one could sum up Oscar & The Wolf’s very first longplay effort “Entity”. Songs as “Orange Sky” and “Princes” have been surfing the radio waves for a while now, and the band even made it onto the stage of this year’s Rock Werchter. If you missed them there you can still catch their dancy dream pop at Hasselt’s Pukkelpop.

Balthazar are without a doubt one of Belgium’s current most successful musical exports, and quite understandably so. Their second record “Rats”, released in 2012, offers high-quality, orchestral indie pop with a twist and made the group known beyond Belgian borders. The band even opened for Editors on their German tour.

Often labeled the Belgian Interpol, Leuven four-piece Customs mostly goes for rocky New Wave sounds. Their critically acclaimed first album “Enter The Characters” earned them the Golden Record in Belgium and a number of sold-out gigs in the neighboring Netherlands. Now they’re back with their third record “The Market”, and how it sounds you can check out during this sunny festival summer.

The gigs of Ostend producer Nosedrip are always worth a visit. His signature blend of Trance, Wave and Ambient elements is moody, surprising and electrifying all at the same time. Plus, it’s the last opportunity to experience Ghent’s 20th and very last edition of legendary electro festival 10 Days Off…