Belgian indie rock five-piece Recorders just released their second album “Coast to Coast” earlier this month, which instantly won us over with a more mature and refined version of their signature sound that is spacey, danceable and melancholic all at the same time. Last week we visited the band in the Belgian countryside, where they’re getting ready for their big release show at Brussels’ La Madeleine on 17 March, to talk with frontman Gordon Delacroix about sophomore slumps, the importance of private toilet time, their collab with Belgian photographer Lara Gasparotto, and more.

Have you ever heard of the expressions “second album curse” or “sophomore slump”? Is that something you would think about when making “Coast to Coast”?

I did, and I believe there is a rational explanation for this. Most of the time people work years on creating and fine-tuning their first album. For the second one it’s a totally different situation: you’re touring to defend the first album but need to already think and plan the second one, and you can’t wait too long or you’ll lose your momentum. Additionally it’s pretty stressful to choose which direction to take: you want to innovate your sound, but at the same time not sound like a different band; it’s a delicate matter. I’ve spent countless sleepless nights thinking about this. We really wanted to get this right and now we’re thrilled with the result.

Did you feel more pressure now because of higher expectations or did you feel less pressure because you had already established yourselves in a way?

It’s a bit of both. We have more freedom because we have already established a good relationship with the public and the media. Now we have the safety of knowing that they will at least give it a chance, while before we couldn’t be sure if anyone would actually ever listen to anything we did, which can be demotivating on some days. But success also increases the number of people who will criticize you.

Can you tell me a bit about the writing and recording process for “Coast to Coast”?

In a way I’m writing 24 hours a day. I’m always thinking of melodies and am on the lookout for anything that might inspire me. It can be anything really: a detail in a song that I hear in the supermarket, the noise of a metal gate being closed or a birdcall. Often a melody or a rhythm just comes into my head out of nowhere, and then I go find the nearest quiet spot, a toilet or a car for example, and record it to my phone as a voice memo. I then take these as starting points and build basic structures and arrangements on them, before I take them to the band and we build further on it together. In the end we had about 50 songs to choose from. Luckily we had the chance to spend a full month in the studio this time, which allowed us to go much deeper. We had a lot of time to go through all the sounds, try different keyboards, effects, microphones,… 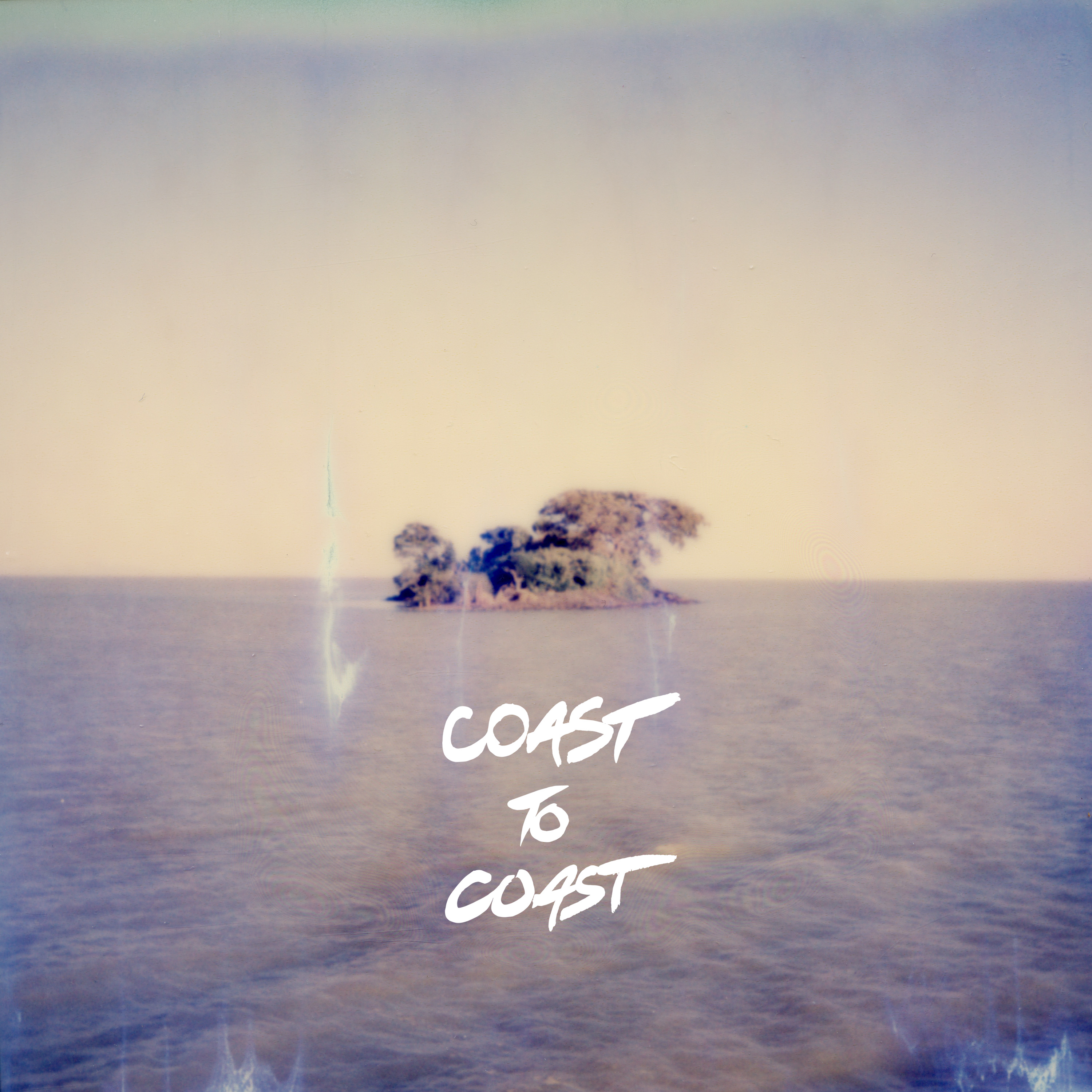 Did you use any new gear, instruments that you haven’t used before?

Yes. We used a 1974 Rhodes and completely fell in love with its warm, crisp, yet mellow sound. It made us go back to the basics at bit and inspired us to add more piano parts, such as a Steinway from the 19th century. At the same time we went for more electronic sounds and ended up using a lot of beats from different drum machines. We really like the mixture of traditional instruments and modern machines.

What were you inspirations this time around?

We always try to mix elements from many different genres, be it post rock, electronica, pop or psychedelia. We also had a bit of a “back to the roots” moment, going back to the heroes of our teenage years such as Radiohead‘s “Kid A” and “Amnesiac”.

You have two new members in the band, did that change the creative process at all?

Yes, definitely. Our new keyboard player, Ben, is a jazz pianist and piano teacher, and his skills really gave us freedom in the sense that we were able to easily explore a wider range of styles and atmospheres. The same is true for Michael-John, our new drummer, who is a very eclectic percussionist, mixing acoustic drums with electronic beats, using shakers, bells, clams, etc. All this allowed us to open up and flourish.

You’re one of the few Belgian bands – or maybe the only one? – who has both Wallonian and Flemish members. Why is this so rare?

Besides the language barrier, the two regions are culturally very different. Both regions have their own, separate music scenes. I have the feeling that, as a tendency, Flanders is more rock while Wallonia seems more pop.

What mistakes have you done with the debut album that you’ll never do again?

Go out for “just one drink” a night before a day in the studio? Jokes aside, we are pretty happy about the way we handled everything, although we got pretty unlucky with our first label. They were bought by Warner, which delayed the release of the album quite a bit, but that was out of our control. In the end we’re so happy to have signed with Caroline, with whom we released “Above the Tide”.

You’re still with Caroline now – was the label more involved during the production of the second album?

No. One thing we love so much about Caroline is that they leave us absolute creative freedom. Nevertheless we do trust their opinions and take their input into account. 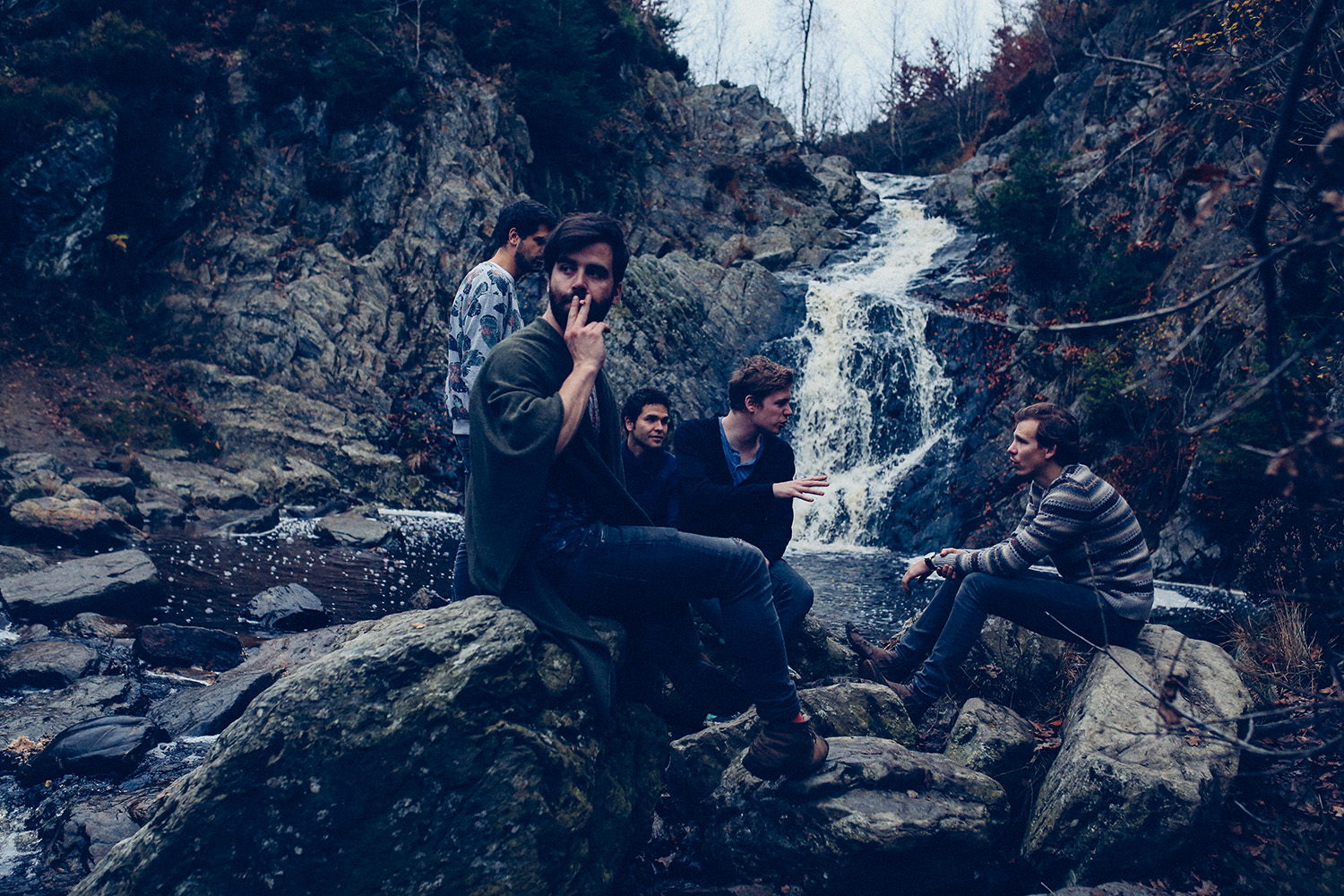 Did you have the same budget as for the first one?

Roughly yes, but we invested it differently. This time we took much more time in the studio, we both recorded and mixed the album with the same sound engineer, Charles de Schutter, who has worked with M, Ozark Henry, or Ghinzu. This allowed us to go deep and really work extensively on the material, without having to rush it.

What was your most appreciated luxury this time, if there was one?

I guess sleeping in my own bed! For “Above the Tide” we went to L.A., where we mixed it with Tony Hoffer. It was awesome, but we had to share a room for three weeks. As an introvert it’s really mentally exhausting if toilet time is your only moment of privacy.

For the album artwork and press images you worked together with up-and-coming Belgian photographer Lara Gasparotto, how did that come about?

I had seen Lara’s work online and at Art Brussels and really liked it. I didn’t think she would be interested in working with a band but I thought I’d give it a shot anyway. To my surprise she was up for it! We went to the Hautes Fagnes for the shoot, drank some beers and got along great. The image on the cover is from her recent trip to Ethiopia, by the way. The atmosphere of her photographs and the nature imagery just goes really well with our universe.

The album was released just a few weeks ago, are you happy with the responses so far?

We’ve had an overwhelmingly positive response to the album. The reviews we got all gave us high scores and seemed very enthusiastic, which is fantastic. On top of having our single “Undivided” being played on Pure FM and Studio Brussel, the album unexpectedly picked up very well in the Netherlands. We recently were the second most popular album on 3voor12, a media platform that is also involved with Lowlands or Pinkpop. It’s all looking pretty good for now and seems like the hard work paid off.

“Coast to Coast” is out now on Caroline

Listen to it on Spotify & iTunes