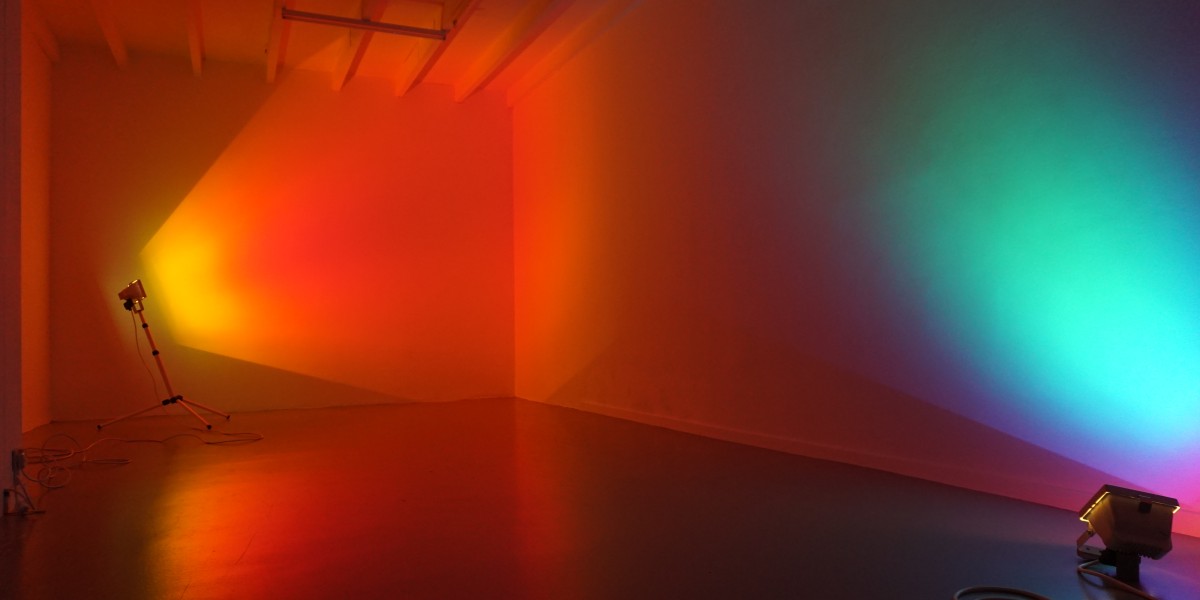 After last year it had to be cancelled for obvious reasons, Antwerp Art Weekend is back with its 7th edition. 70 outdoors and indoors locations are ready to welcome you, from museums and galleries to non-profit spaces and art schools. Below are the 7 exhibitions we think you really shouldn’t miss and here you find the full program including performances, book launches, and more. See you there, from 13 to 16 May! 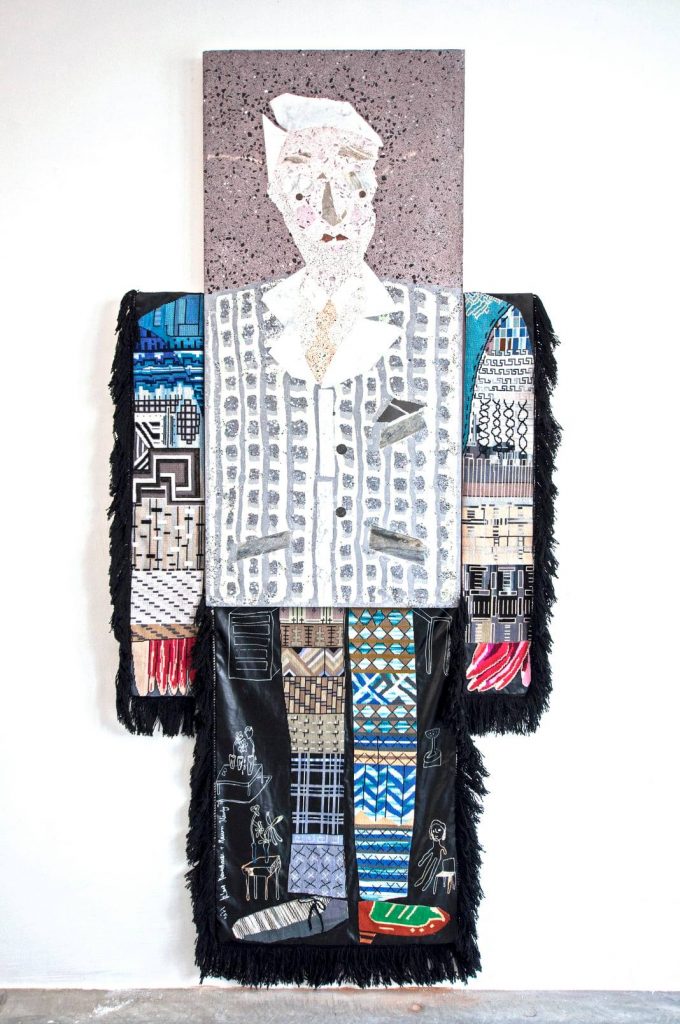 We’ve always loved the handcrafted, pop culture-infused tapestries by Belgian artist Klaas Rommelaere, and this striking collaboration with Manon Kündig gives them an entirely new twist. The Swiss artist makes “reverse paintings”, a technique used in sacral paintings since the middle ages. Both Rommelaere and Kündig fascinatingly translate traditional crafts into contemporary times, and in “Cadavre Exquis” they don’t just exhibit side by side, but assemble their individual works in a way that creates entirely new ones. 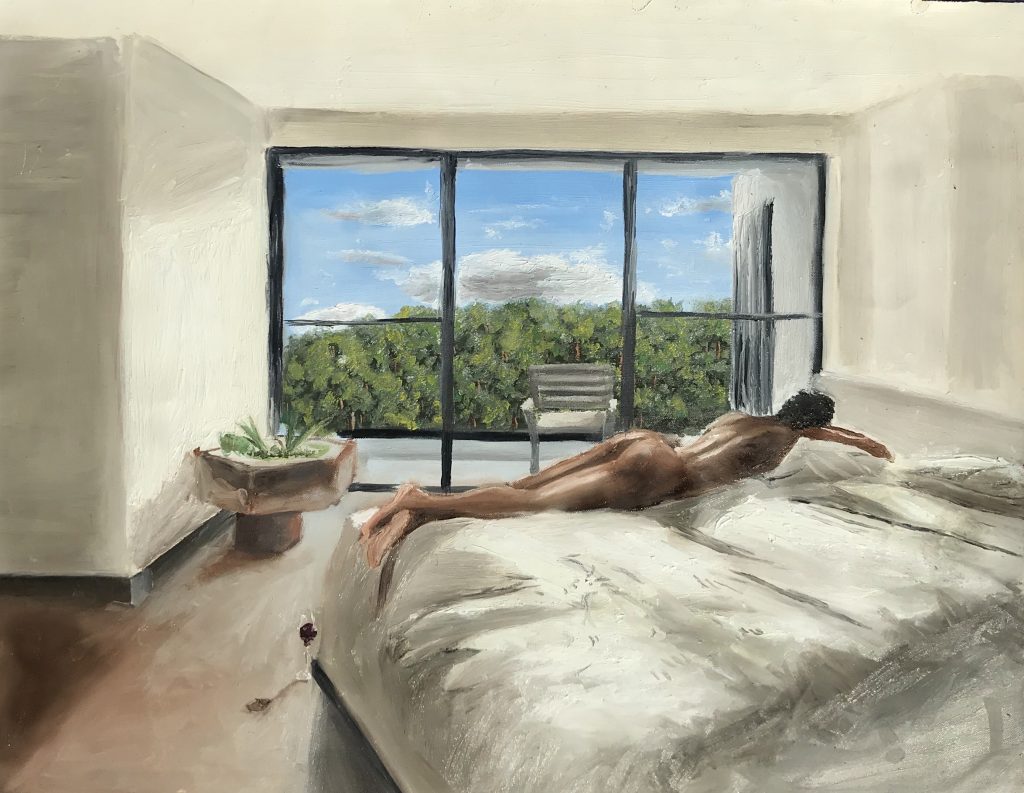 “The Constant Now”, a new creative platform for diversity, presents its very first exhibition under the title “The Kids Are Alright Pt.1” at equally new gallery Keen. Today’s society is diverse and colorful, and the project’s goal is to reflect exactly that while celebrating local artists and collaborating with kindred people and organizations. This captivating and thought-provoking debut show tackles the stereotypes of today’s youth. By focusing on heritage, representation, sexuality, and childhood memories, five young artists shed light on these complex matters, which are both personal and universal. With Issa Mushidi, Samuel Lemba, Célina Vleugels, Carolina Maciel de França, and Lisa Uchechi Ijeoma. Great initiative!

History of Fantasy at Everyday Gallery 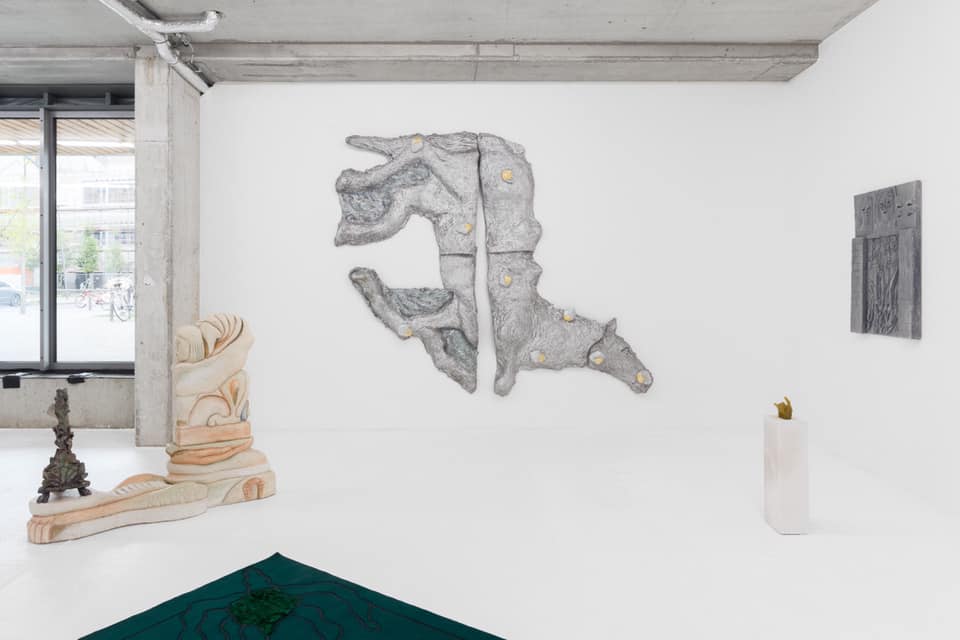 Populated by ghosts and magic, the works exhibited in “History of Fantasy” build on past currents from Romanticism, neo-Gothic and fin de siècle symbolism to dark wave and fantasy, captivatingly reminiscing on the past while embracing pop culture. Established and upcoming artists that collectively engage in an exuberant and playful exercise, revisiting and re-envisioning fantasies, memories, and histories. With Laure Prouvost, Jenna Käes, Daan Gielis, and others.

Only during Antwerp Art Weekend 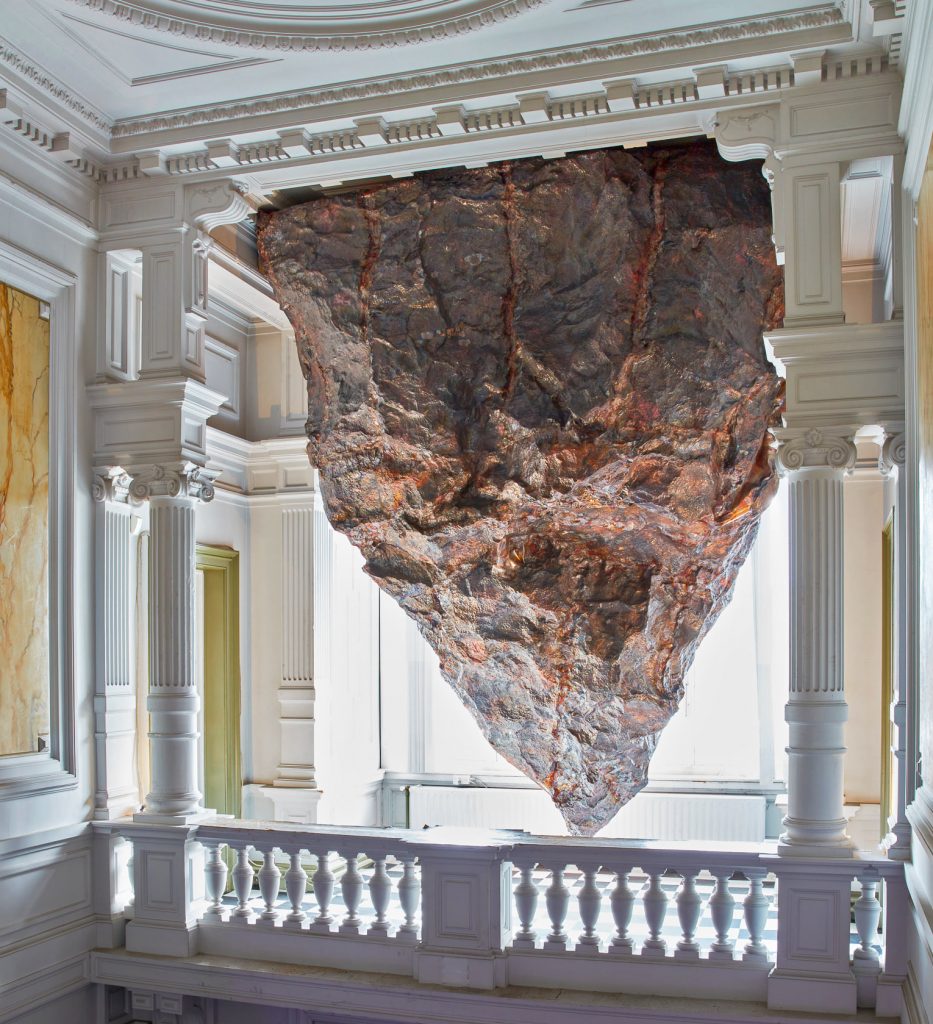 An art fair that aims at getting rid of that generic art fair supermarket feeling, the Ballroom Project settles down in Antwerp’s BorGerHub, the majestic premises of a former peace court that has been transformed in a home for all kinds of creatives. It’s almost more exhibition than fair: instead of stands a curator thought up an exhibition concept tailored to the specific dynamics of the space. Plus, it connects the local scene with the international: during Antwerp Art Weekend, the Ballroom Project provides an important platform for 20 non-Antwerp galleries from Belgium and the Netherlands, which each present three artists. With Harlan Levey Projects, Waldburger Wouters, Gerhard Hofland, and many others. 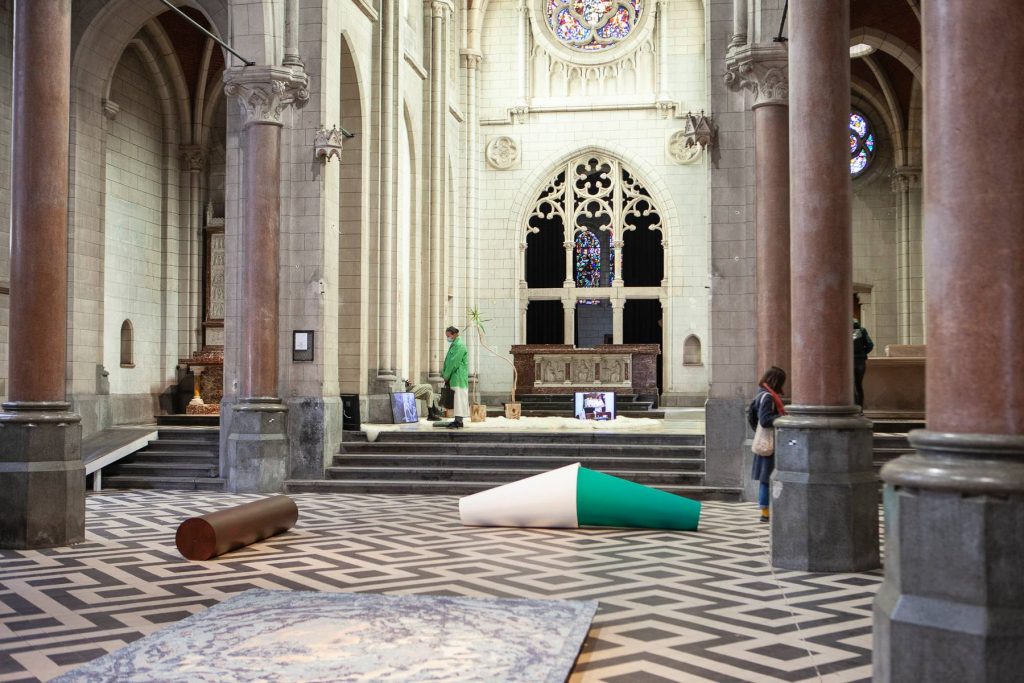 Kunsthal Extra City, a project focusing on encouraging us to reflect on contemporary urban topics, finally reopened last week. Having left the former premises of the Goossens laundry, it now has found a new home in a dominican monastery, on the main site of Aair Antwerp, which provides studios for artists. Right now, there are  three exhibitions on view: “Radically Naive / Naively Radical” seeks to positively re-evaluate the notion of naivety while exploring the tension between doing and analyzing, designing and actually making. The chapel hosts “Watermarks, silent traces”, the first Belgian solo show by multidisciplinary artist Michèle Magema, and for the project “Periphery”, a number of artists created new, semi-permanent works on view in the surrounding area.

Capturing Life at Gallery Fifty One 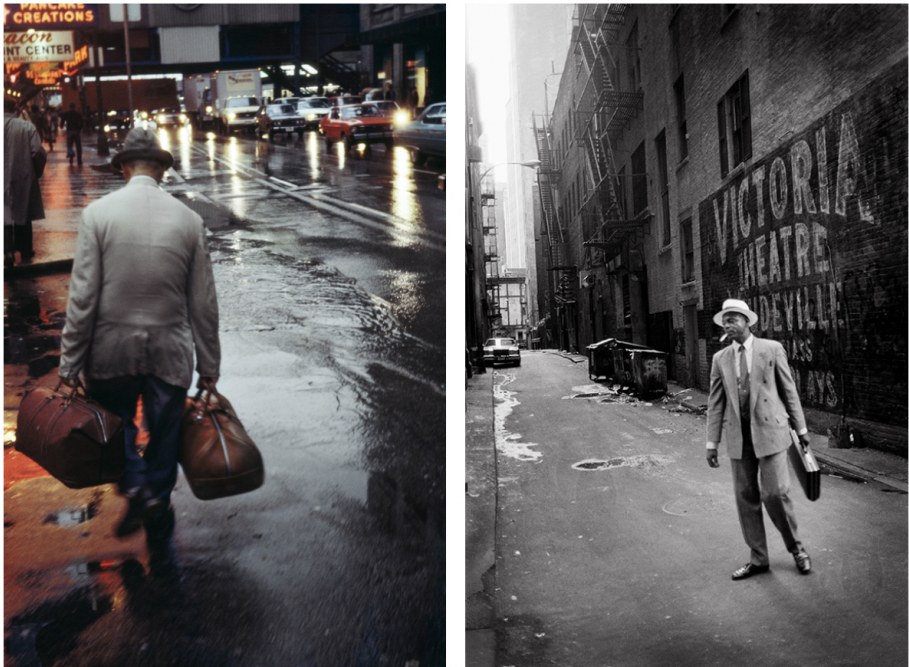 Photography gallery Fifty One surprises with an unlikely but compelling pairing: “Capturing Life” juxtaposes works by Belgian contemporary photographer Stephan Vanfleteren with photographs by Vivian Maier (USA, 1926-2009), whose vast, extraordinary oeuvre only got discovered shortly before her death.  Working most of her adult life as a nanny, she roamed the streets of New York and Chicago with her Rolleiflex camera during her time off. It wasn’t until 2007 that Chicago real estate agent John Maloof discovered her work by accident and started to successfully reconstruct and promote it. 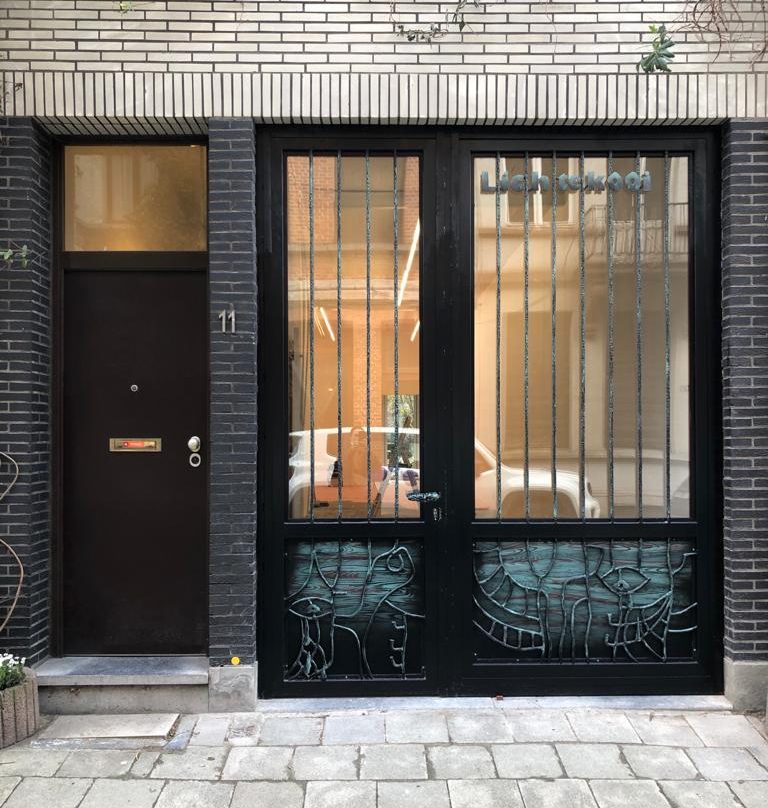 Lichtekooi, a brand new space for contemporary art in Antwerp, opened its beautiful door embellished by artists Tom Volkaert and Hans Wuyts for the first time last week. On the occasion of becoming a part of the art world, the inaugural exhibition “Dear art world, …” reflects on its inner workings and stakeholders, examining aspects from commercialization to the institutional framework and the art crowd. With works by Marcel Broodthaers, Evelin Brosi & Elvis Bonier, Vaast Colson, Christian Jankowski, and many others. Stay tuned for an interview with the founders about the project!