After the summer break, the new art season starts with a bit of a bang in the Belgian capital, coinciding with the 11th edition of the Brussels Gallery Weekend. This year’s headquarters are located in the beautiful Vanderborght building, which not only serves as a meeting and information point but also hosts brand new festival “A Performance Affair”, an exhibition dedicated to young Brussels talent, pop-up bar Le Toast, and various workshops and book launches.With 39 galleries and over a dozen institutions and non-profit spaces participating, the massive program can feel a bit overwhelming, which is why we selected the 13 must-sees for you. 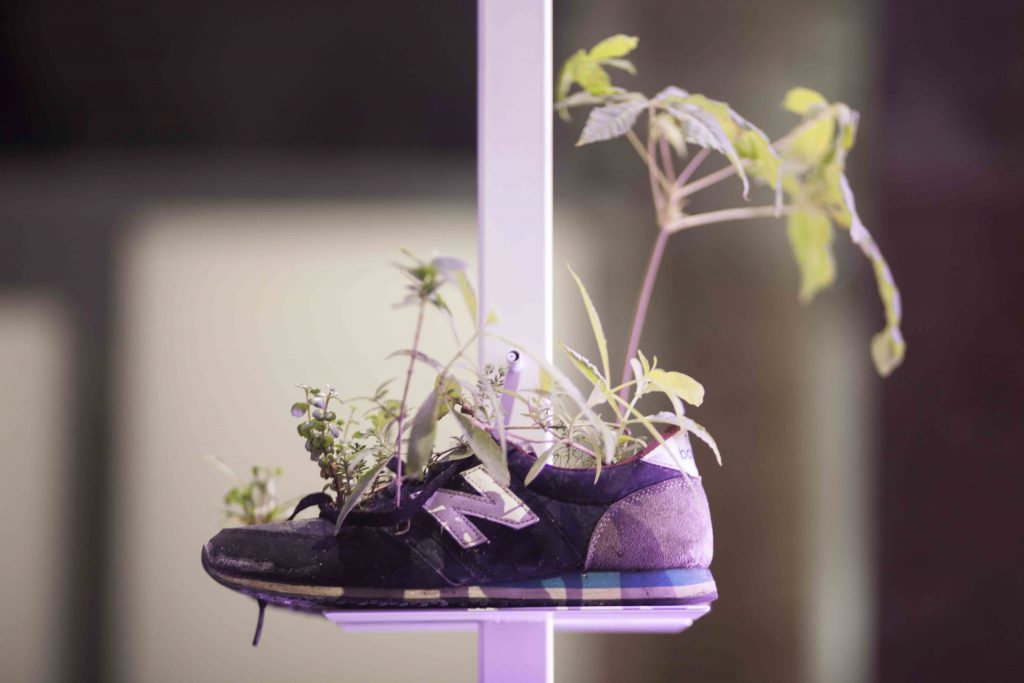 Rooted in a profound interest in the passage of time and its supremacy over matter, Michel Blazy has been working with living entities since the early 90s. His exhibition at La Loge transforms the venue into an animated place where materials grow, develop, and deteriorate. With “Multiverse”, The French artist fascinatingly combines films, sculptures and installations with organic, transient materials such as plants, mold, and nutritional ingredients.

2 Everything Happens at Once at Galerie Zink

From 6 September to 6 October 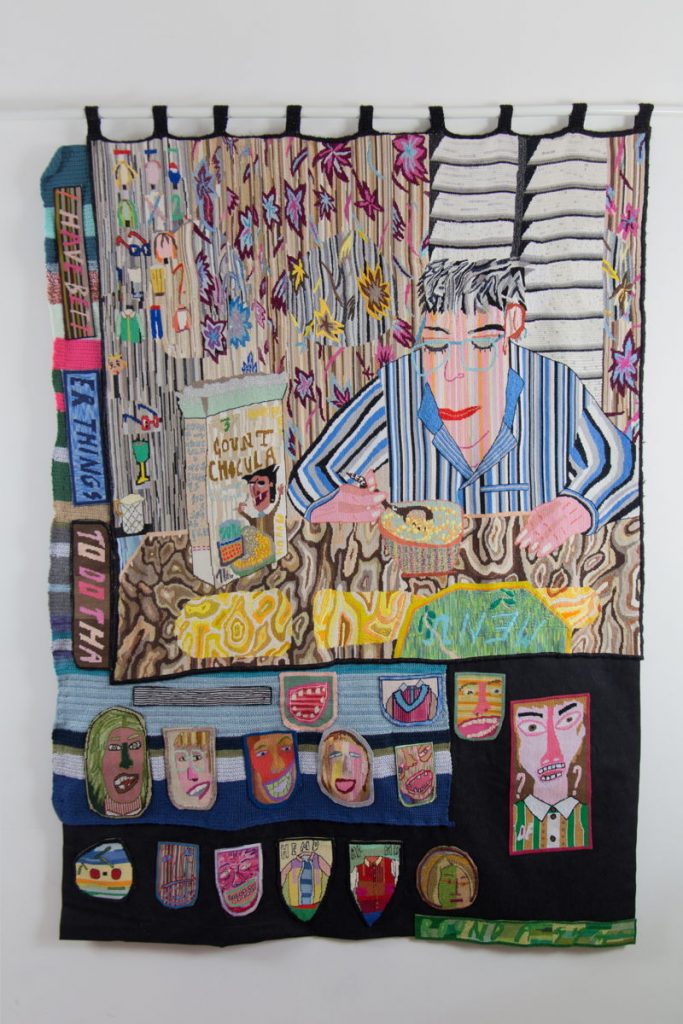 German Galerie Zink, an Art Brussels regular who has developed strong ties with Belgium over the years by representing a bunch of Belgian artists such as Rinus Van de Velde or Hannelore Van Dijck, just set up shop in Brussels. It kicks off its Belgian adventure with a group show featuring textile works by Antwerp-based artist Klaas Rommelaere, German shooting star Michael Sailstorfer, Austrian artist couple Muntean/Rosenblum, conceptual photographer Paul Kooiker, and others. 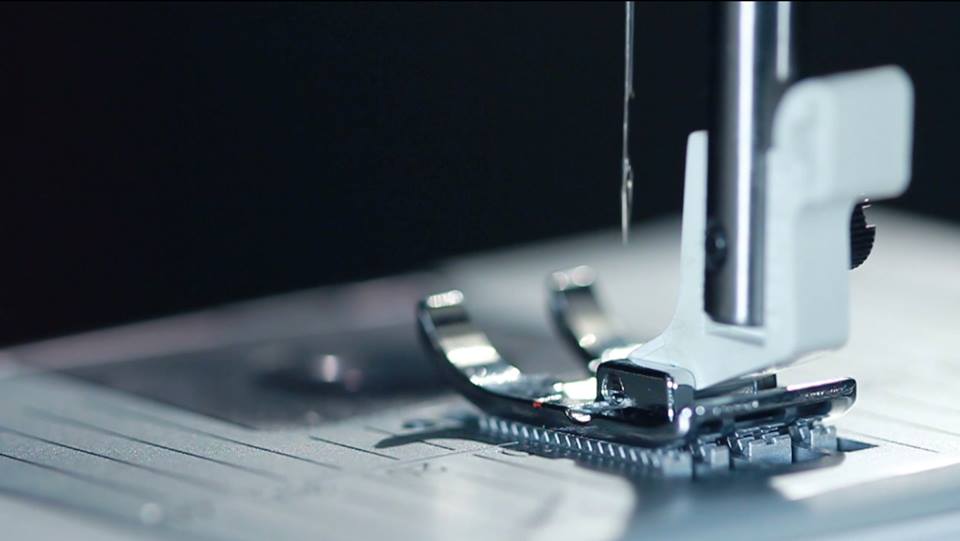 Super Dakota celebrates its 5th anniversary with an exhibition presenting the universe of emerging American artist Dean Levin. “Plus et moins” dissolves the limits between hand and machine, shining a light on how seemingly opposite forces may actually be complementary and interact to form a dynamic system in which the whole is greater than the assembled parts.

From 7 September to 6 October 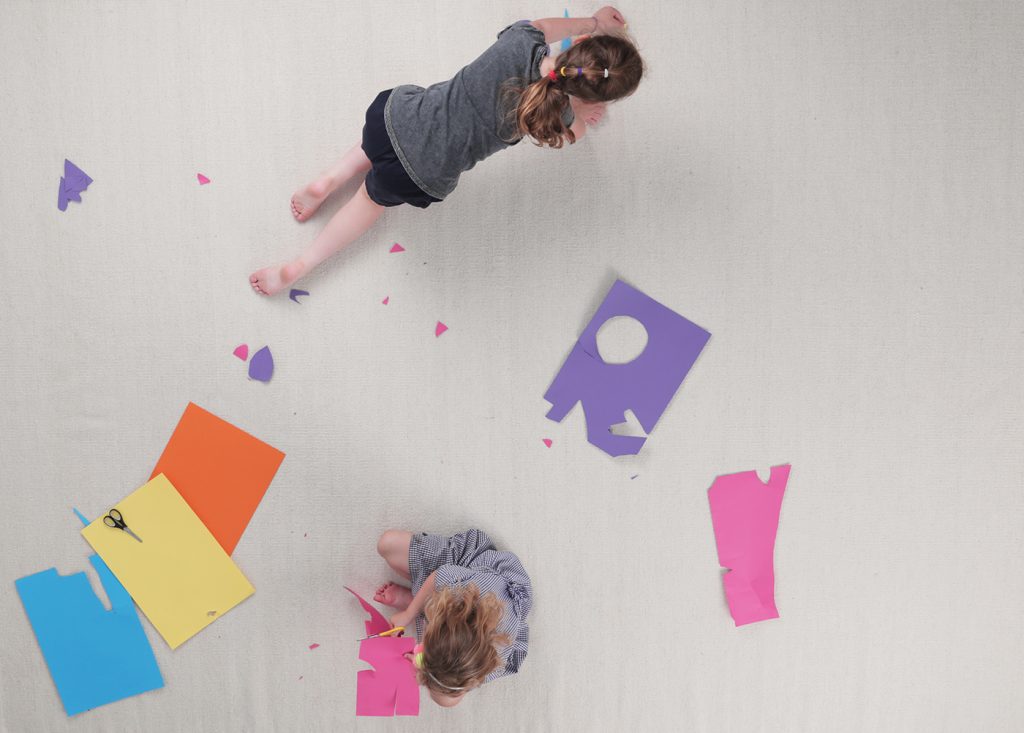 We make the animals, they bring the jungle, 2018 – Ryan Gander

Meessen De Clercq also has a birthday to celebrate this month: its 10th already. For the occasion, the gallery conceived an ambitious anniversary exhibition project which will continue for a whole year. First up is celebrated English conceptual artist Ryan Gander, who will occupy the gallery’s so-called Wunderkammer under the title “Chinese Whispers”. Each invited artist, ten in total, will base their proposals on the one of the preceding artist.

5 A Performance Affair at Vanderborght Building

This weekend sees the very first edition of newly founded performance festival “A Performance Affair” which will take over the second floor of the Vanderborght building. Three days of art performances will put the spotlight on a fascinating genre that doesn’t always get the attention it deserves. The program brings together “Violent Incident”, an historic performance video by Bruce Nauman, with a careful selection of emerging and mid-career artists, putting the whole spectrum of the economies of performance art on display and up for discussion. Great initiative. 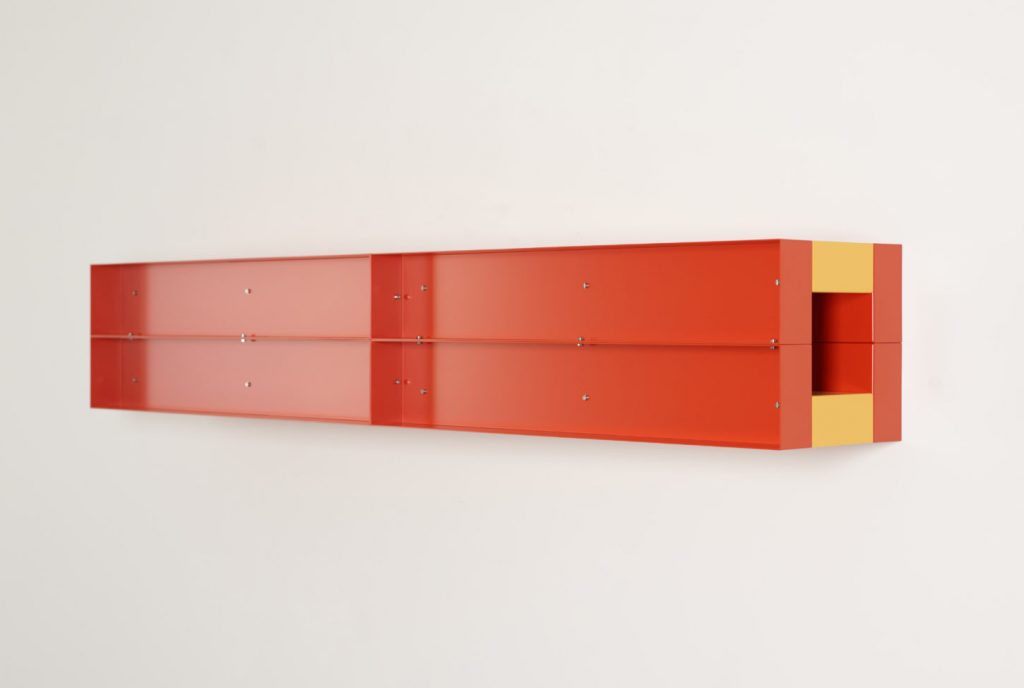 For “Wiggle”, Greta Meert dedicates all three gallery floors entirely to the world of sculpture, creating an interesting dialogue between seemingly disparate works and practices. 15 Belgian and international artists present their works, including a number of stars of the genre such as American minimalist Donald Judd or German artist Thomas Schütte. 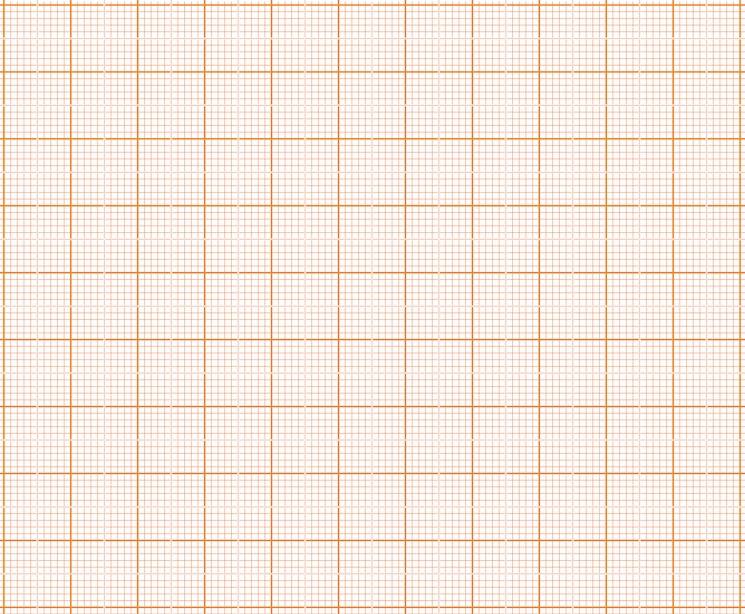 Art space Société is located in the former Société Bruxelloise d’Electricité, a factory constructed in the 1930s. Its season opening show, “Measurements”,  explores how measuring, weighting, and counting have influenced artistic practices and become part of the artistic vocabulary. Meters, kilograms, seconds and minutes structure our perception and our relationship with the world, and though they are intrinsically part of all works of art, it is only since the arrival of conceptual art that they have turned into content and artistic expression themselves. With works by no less than 27 artists including the amazing Stanley Brouwn and Hamish Fulton!

From 6 September to 3 November 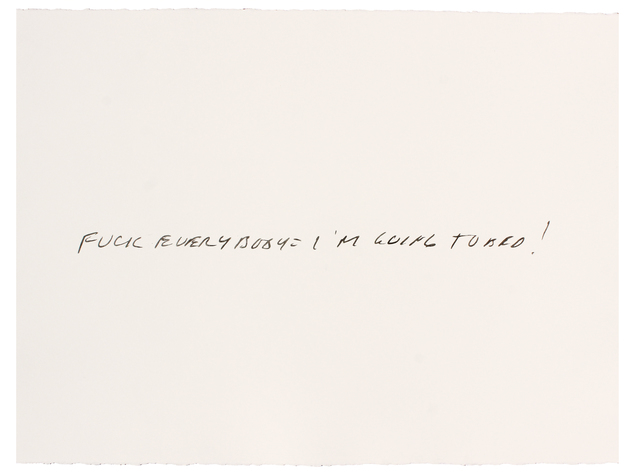 Set in motion by his mother’s suicide, American mixed media artist TR Ericsson has, since 2003, embarked on a journey of examining his personal past. Under the title “Crackle & Drag”, this exploration has resulted in works of art that manifest an intimate confrontation with universal themes such as memory, loss, and love. The captivating exhibition at Harlan Levey is part of this long-term project.

From 7 September to 20 October 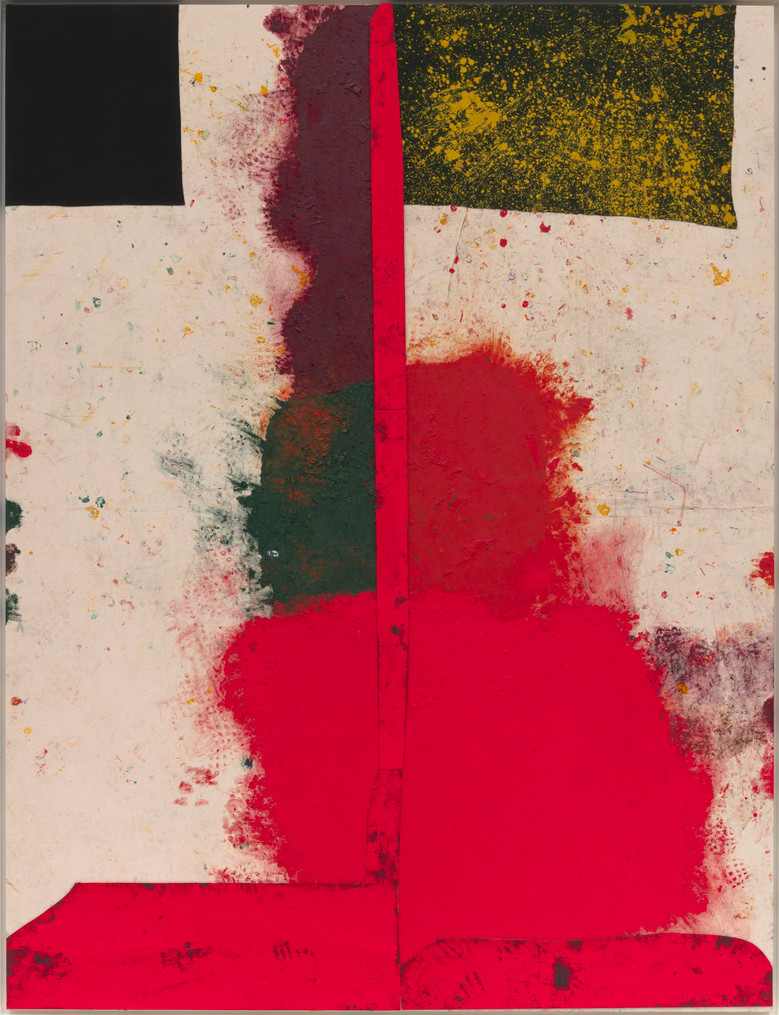 Xavier Hufkens brings American art star Sterling Ruby to Brussels, dedicating both its exhibition venues to the celebrated artist’s collages and paintings. The focus lies on his ever-evolving DRFTRS and WIDW series, bearing witness to the Ruby‘s intense relationship with materials as well as his interest in issues such as sociocultural evolution, popular culture, and violence. 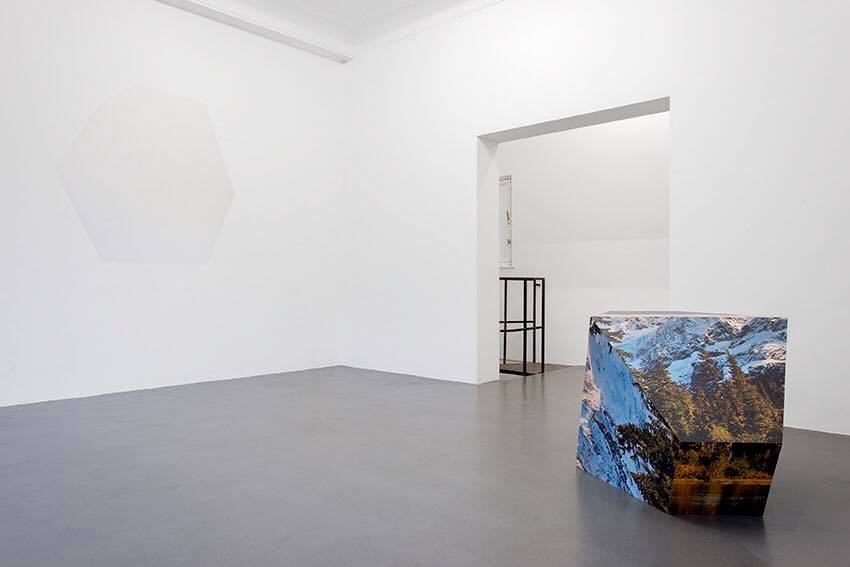 “Generation Brussels” brings together 12 Brussels-based artists between 24 and 40, giving a fascinating insight into the city’s vibrant art scene attracting not only homegrown but also more and more international artists. Their practices cover all kinds of different media from drawing, installation, painting and ceramics to sculpture, photography and video. Common themes are nostalgia, the exploration and documentation of architecture and nature, as well as disappearance and memory. With Elina Salminen, Antone Israel, Laurie Charles, and many others. 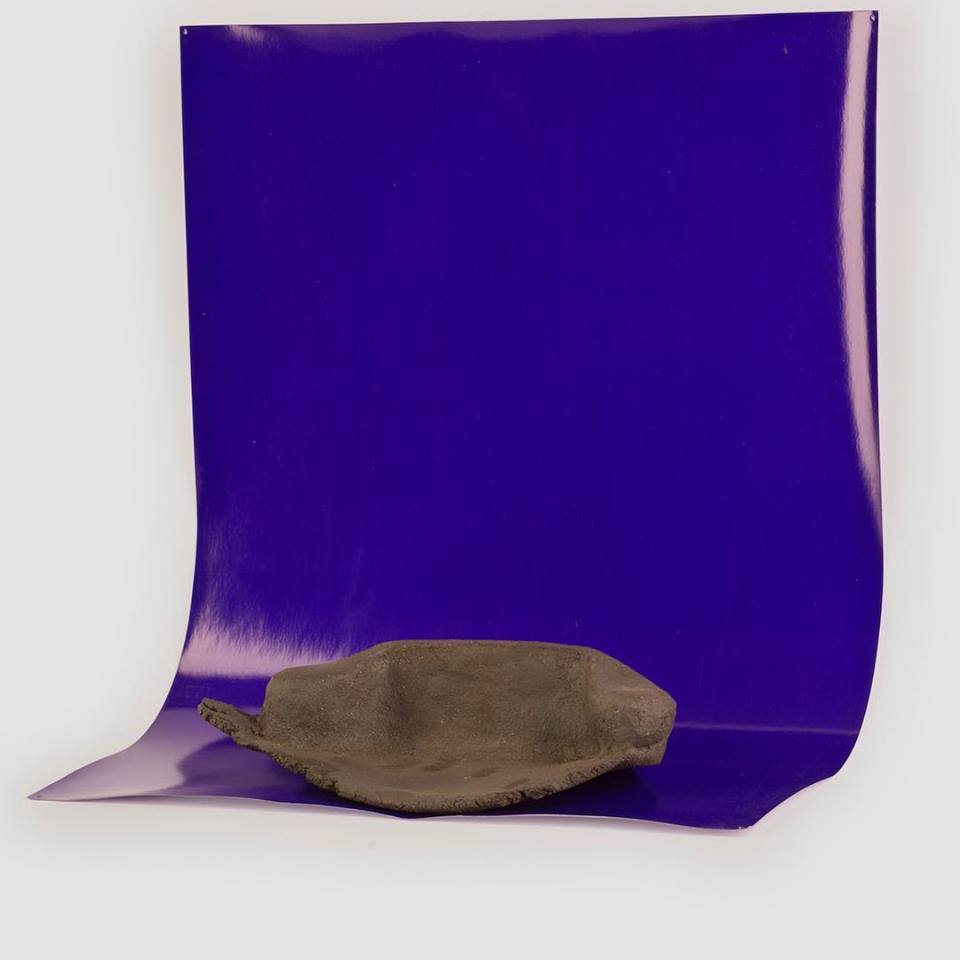 Galerie Zink is not the only new kid in town: Czech gallery Drdova has equally decided to open up a branch in the Belgian capital. Looks like the city’s art scene keeps on booming! The inaugural exhibition presents the collaborative works of Slovenian artist Aleksandra Vajd and Mexican artist Jimena Mendoza who are both based in Prague.

From 6 September to 27 October 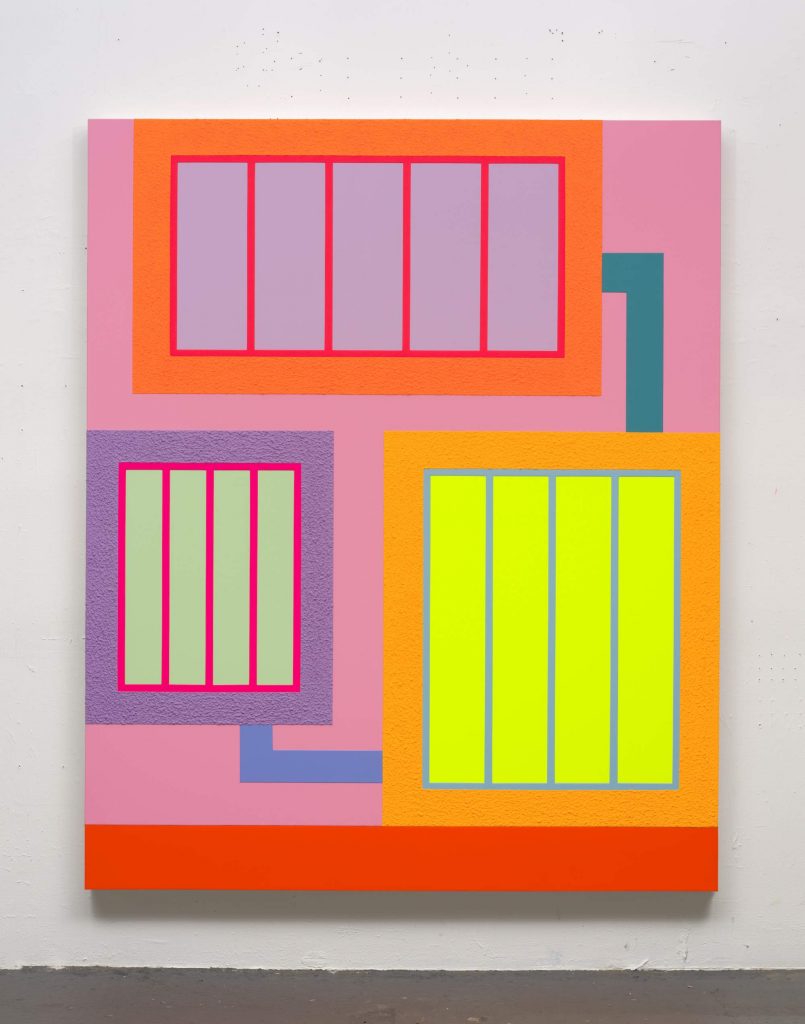 Maruani Mercier presents “New Paintings”,  a solo show bringing together recent works by American artist Peter Halley, who is widely known for his neon-colored and geometric paintings. His works are often inspired by the three-dimensional urban grid of New York City, where he lives and works. Halley is considered as a central figure of the Neo-Conceptualist movement of the 1980s.

13 Art on Paper at Bozar 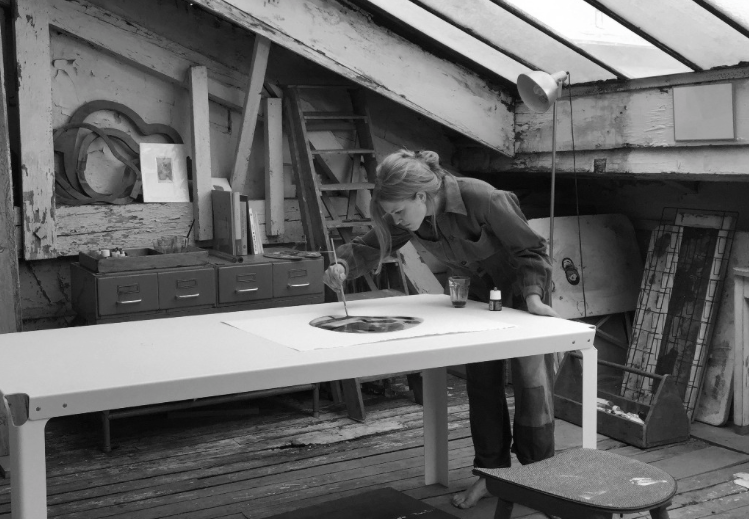 Artist Amy Hilton in her studio

As every year, Art on Paper takes over Bozar for a fair that is entirely dedicated to contemporary drawing. Over the course of five days, visitors can discover 50 artists presented by 50 Belgian and international galleries, both established and emerging. New this year: a separate room shining a light on young talents. A few highlights you shouldn’t miss: Steven Baelen’s crosshatching drawings at Levy.Delval and Amy Hilton‘s “Dream Stones” at Spazio Nobile.