Despite the extraordinary challenges of our current times, Brussels Gallery Weekend 2020 took on the task to mount a corona-proof art weekend buzzing with a multitude of exhibitions, guided tours, and even inaugurations of newly founded art spaces – a sign of hope for the storm-tossed art sector. This 13th edition kicks off this Thursday, when 38 participating galleries, institutions and non-profit spaces open their doors to mark the beginning of the new art season. With so much going on all across the city, we scouted the program to bring you the essentials. So, grab a mask, pack some sanitizer, and celebrate the return of the art with us. See you there!

From 3 September to 12 December 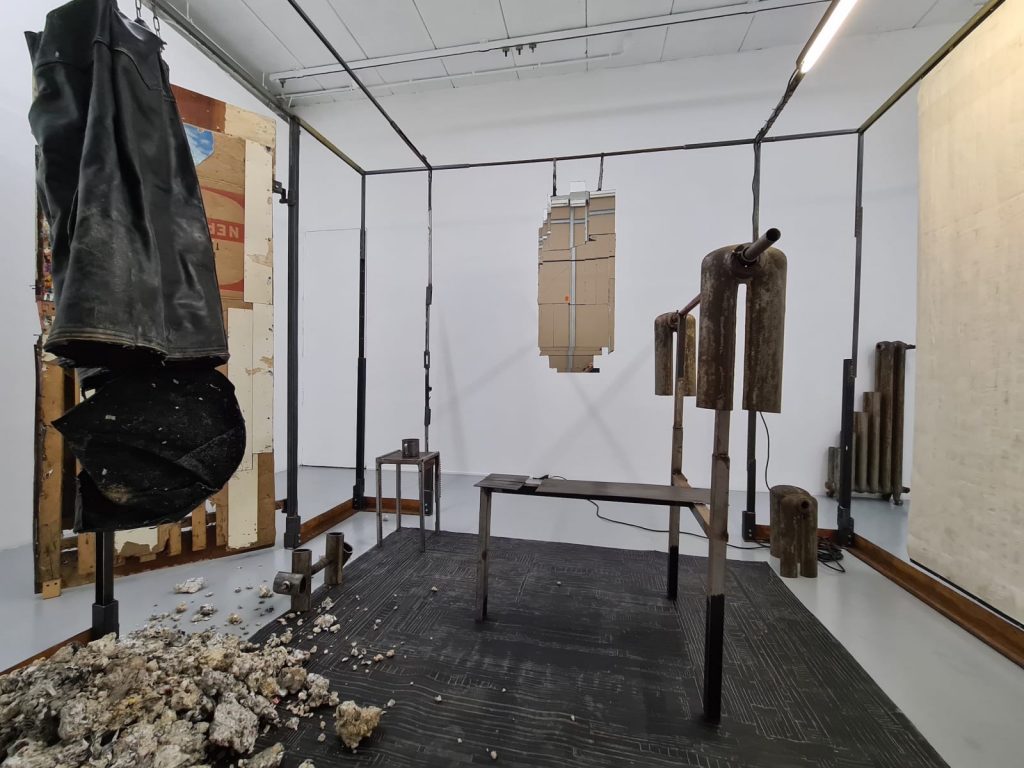 Pictured above is Polish artist Marcin Dudek‘s installation “Akumulator”, an almost identical replica of the basement gym he built during his youth in a council estate building, welding and constructing the training equipment from scrap metal. It was a popular way for Polish youths to spend their free time, building both muscle mass and social connections, and ultimately led a young Dudek into football’s violent subculture as a supporter of FC Cracovia. This subculture and the related crowd dynamics, mass events and mob related violence have been a major subject of the artists’s work. His solo show “Slash & Burn” at Harlan Levey Projects also features a monumental wall piece consisting of over 200 individually collaged, painted and burned panels, evoking scenes from the Bradford City fire in 1985 – meticulously, almost meditatively crafted. There’s also a performative aspect of Dudek’s intriguing, practice, which you can discover here.

From 3 September to 1 November 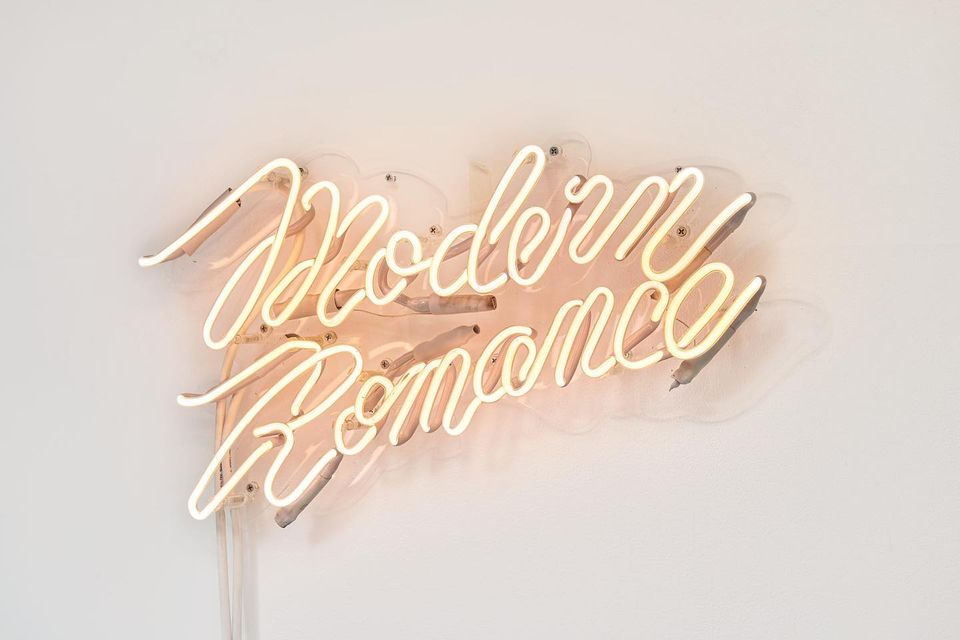 Since 2017, Ballon Rouge Collective has organized exhibitions all around the world, from Sao Paulo to Istanbul. The collective now also has a permanent space in Brussels, the Ballon Rouge Club, where you can currently discover a solo show by Brazilian artist Bruna Canepa. A trained architect, her practice is a constant exercise in trying to understand how we see and represent the built environment. “Modern Romance” explores Canepa’s questions and interpretations of the ambiguity that representations of space and architecture through drawing can have.

From 29 August to 27 September 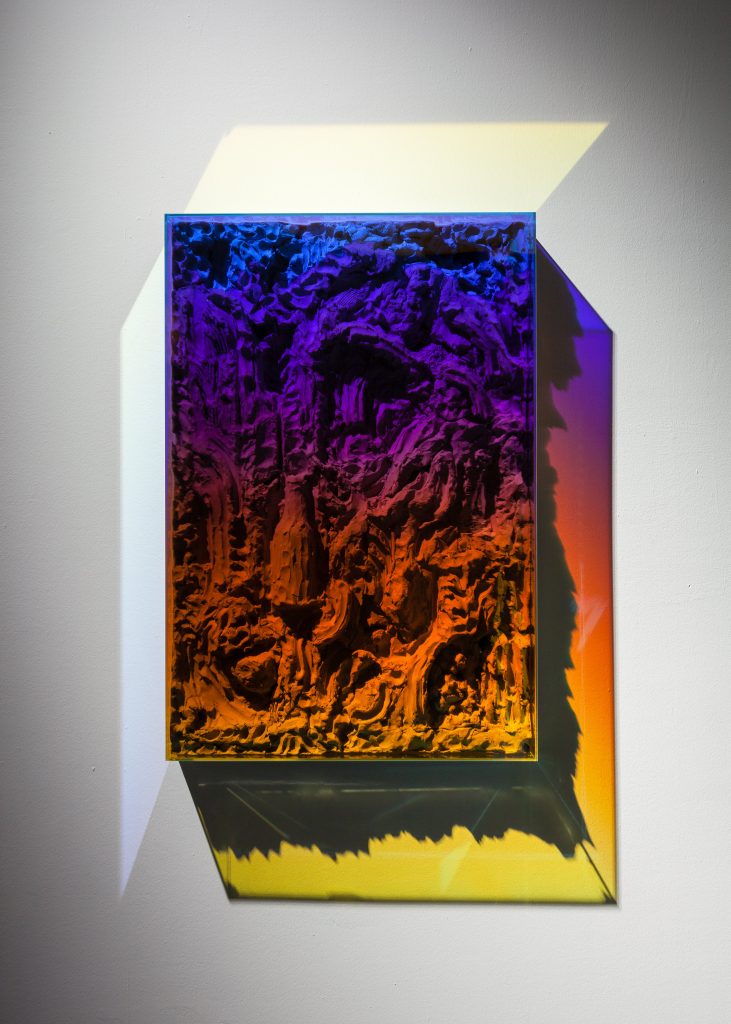 It’s an unlikely time to open up a brand new art space, but artist Dome Wood and art critic Sam Steverlynck are going for it nonetheless. While its nature is thought up as nomadic, it does have a permanent home at least during its inaugural exhibition. “Scripted Truths”, in line with the project’s cryptic title The Agprognostic Temple, deals with subjects of spirituality, esotericism, and personal mythology. The idea behind it: giving room to showcase art in unexpected ways and to probe the spiritual, the unknown and the ungraspable in current artistic practices. With works by Ricardo Brey, Fia Cielen, Benjamin Husson, Felix Kindermann, Philippe Koeune, Shana Moulton, Isabel Tesfazghi, Lou Touchard, and Filip Vervaet. 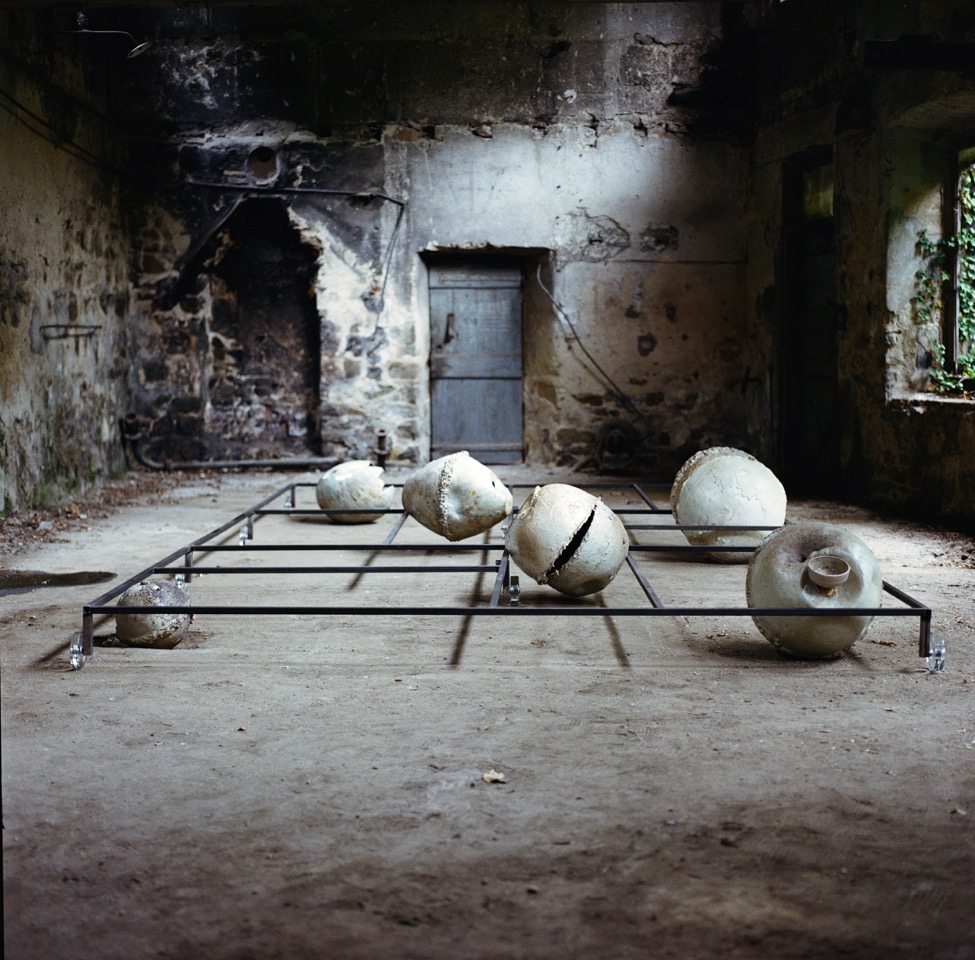 “Generation Brussels” brings together young, Brussels-based artists not yet represented by galleries, shining a much-needed light on the next generation. In a city that was put to sleep for what seemed endless weeks, a time when life only appeared to take place behind windows, this exhibition fittingly takes place behind shop vitrines spread throughout the city. 12 artists, Carlotta Bailly-Borg, Simon Demeuter, Jot Fau, Naomi Gilon, Tom Hallet, Bert Jacobs, Hélène Meyer, mountaincutters, Elise Peroi, Héloïse Rival, Badi Rezzak and Siemen Van Gaubergen, explore the current claustrophobic zeitgeist each in their own way, turning the windows into escapist portals to different worlds. Find the itinerary here.

From 3 September to 24 October 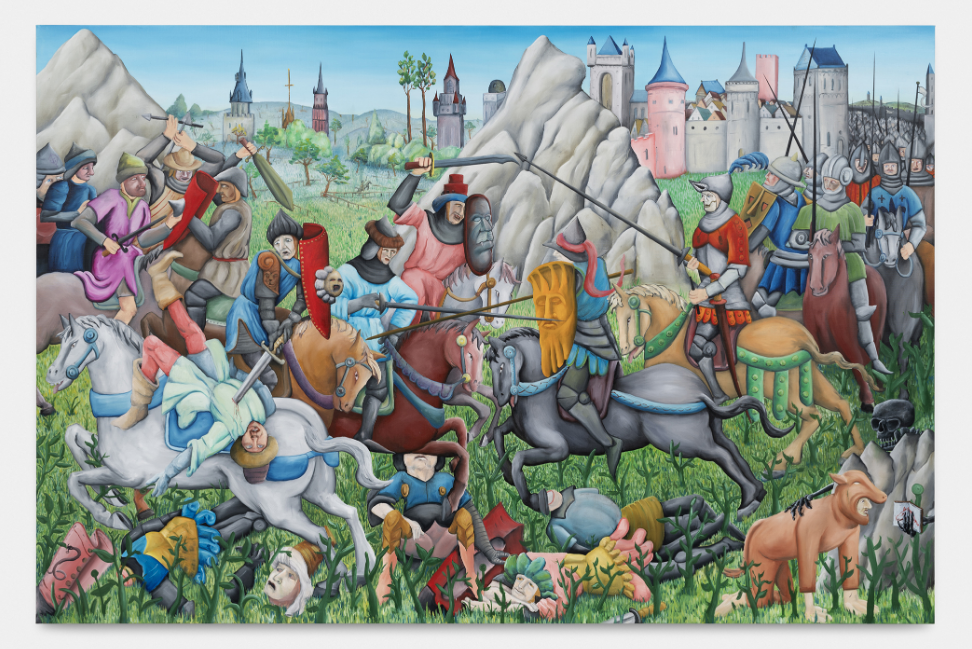 The image above displays the monumental “A Dead Man’s Dream”, the largest painting Antwerp artist Tom Poelmans (1984) has ever created, based on a miniature medieval piece he came across by accident while flipping through a second-hand book. It serves as a bit of a turning point in Poelman’s practice, marking a refocus to drawing. Accordingly, “The End of Time” at Rodolphe Janssen gallery unites a new series of paintings and works on paper, works that combine findings from art history with contemporary pop culture.

From 3 September to 10 October 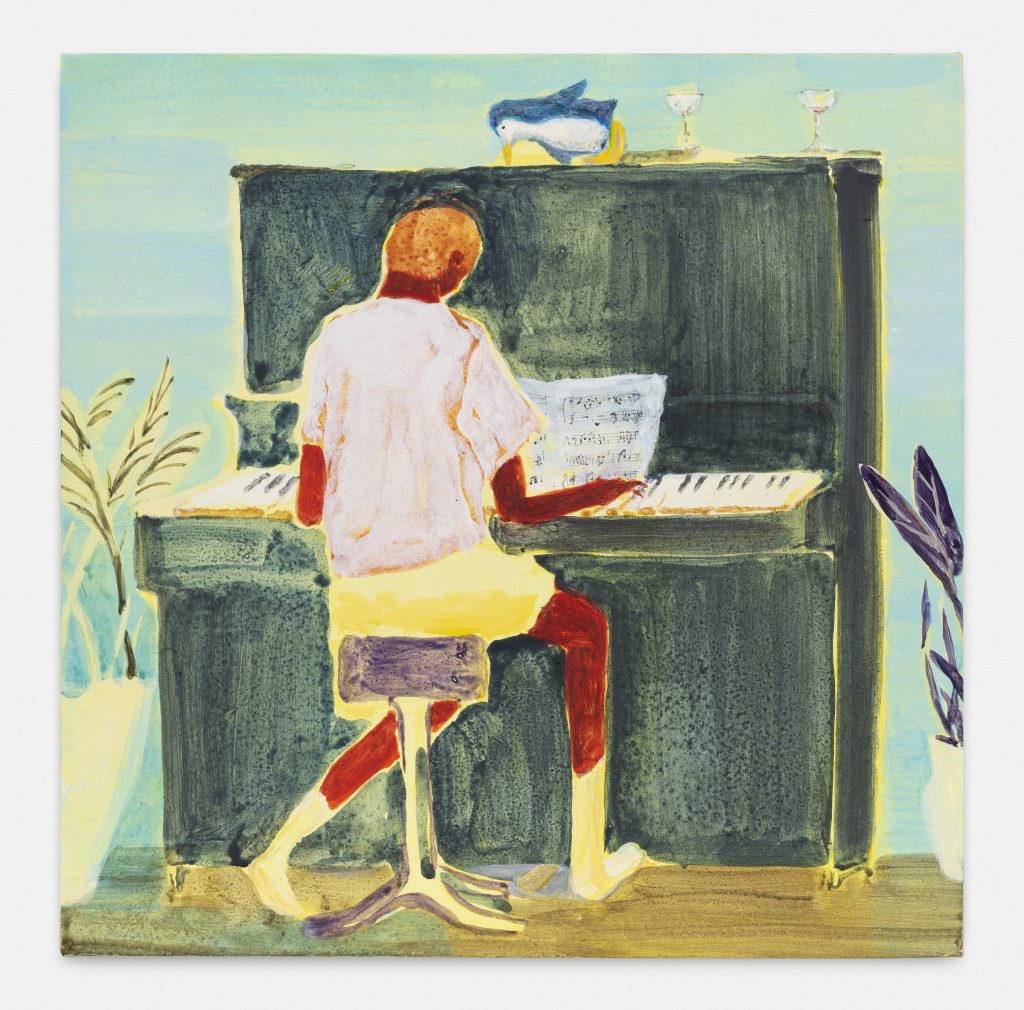 “Anecdote” intermingles the artistic universes of five figurative Japanese artists who are all based in the United States in an attempt to take them outside the scope of stereotypes often related to their homeland. Having met each other in and around New York, their practices critically and humorously play with these preconceived notions while also freeing themselves from rigid structures conventionally found in Japanese art. With works by Susumu Kamijo, Misaki Kawai, Minami Kobayashi, Hiroya Kurata, and Koichi Sato. 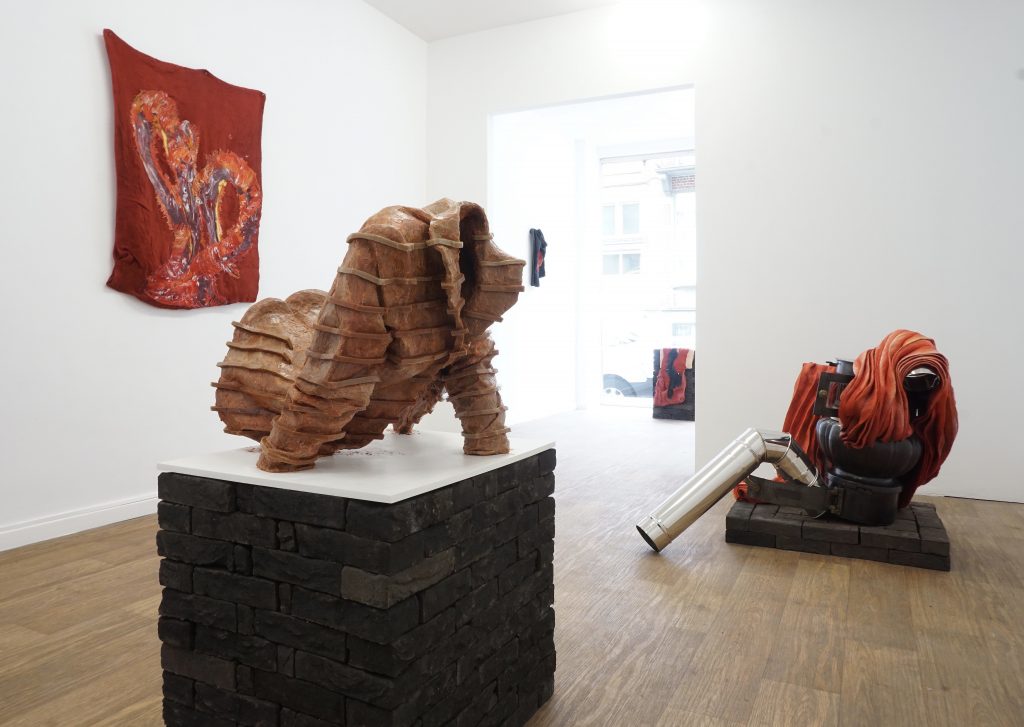 The title of this captivating exhibition, “Amou Four” is a clever multi-language wordplay evolving around fire, love, and ovens, one that would take too long to explain here in all its details! Instead, let’s talk about the inspiration of the show: a visit of the artist to Rome, where she visited the spot on Capitoline hill where, hundreds of years ago, the priestesses of Vesta worked to keep a flame alive that was not allowed to extinguish, as it was believed to preserve political stability and life in general. Christiane Blattman, based between Brussels and Hamburg, describes it as a “mother-flame, as all central fires of cities and settlements were lit from this primordial one, each hearth and oven and temple flame a descendant of the original source, creating an invisible network of flame connections. Every time a meal was cooked, every time an oven was heated up, simultaneously Vesta was worshipped.” “Amou Four” explores both destructive and protective themes around flames and draws connections between different fires, such as the Grenfell Tower Fire scandal in London. 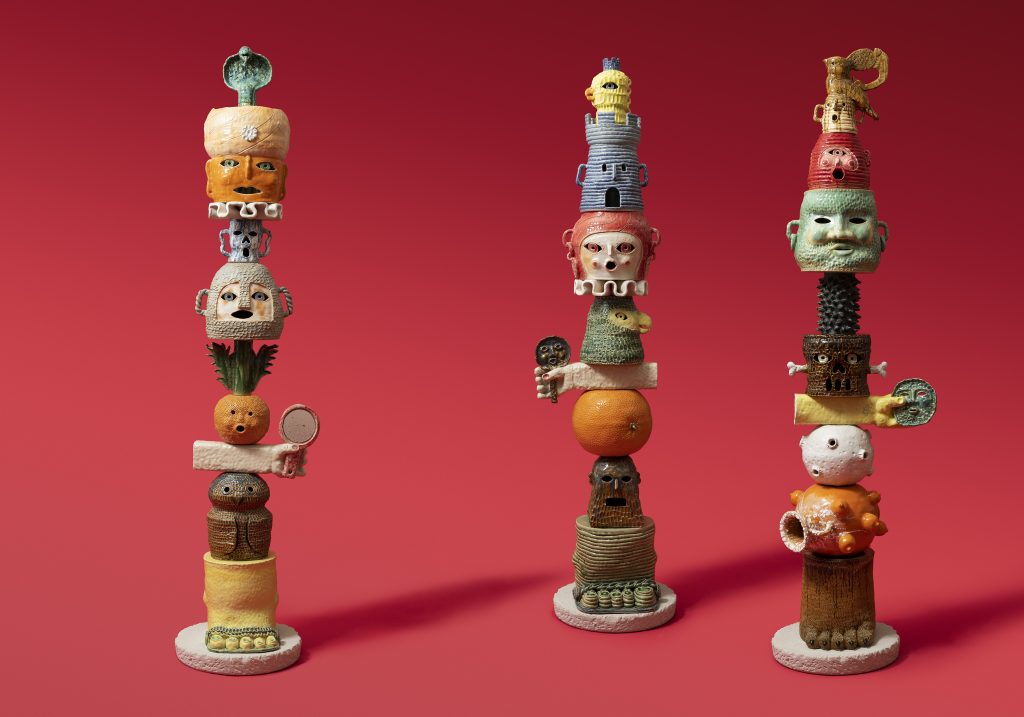 The exhibition title, “7”, refers to the seven deadly sins, or capital vices. Belgian artist Eric Croes‘ ceramic sculptures, often totemic in form, play with the theme in a humorous way, bursting with a multitude of different colors, meanings, and stories to be deciphered by the viewer. The exhibition also marks the publication of a book on the artist’s oeuvre in collaboration with Triangle Books. There’ll be a book signing at Sorry We’re Closed on Saturday from 14-18h00.

9 From Translating To Transcoding at Société

From 6 September to 1 November 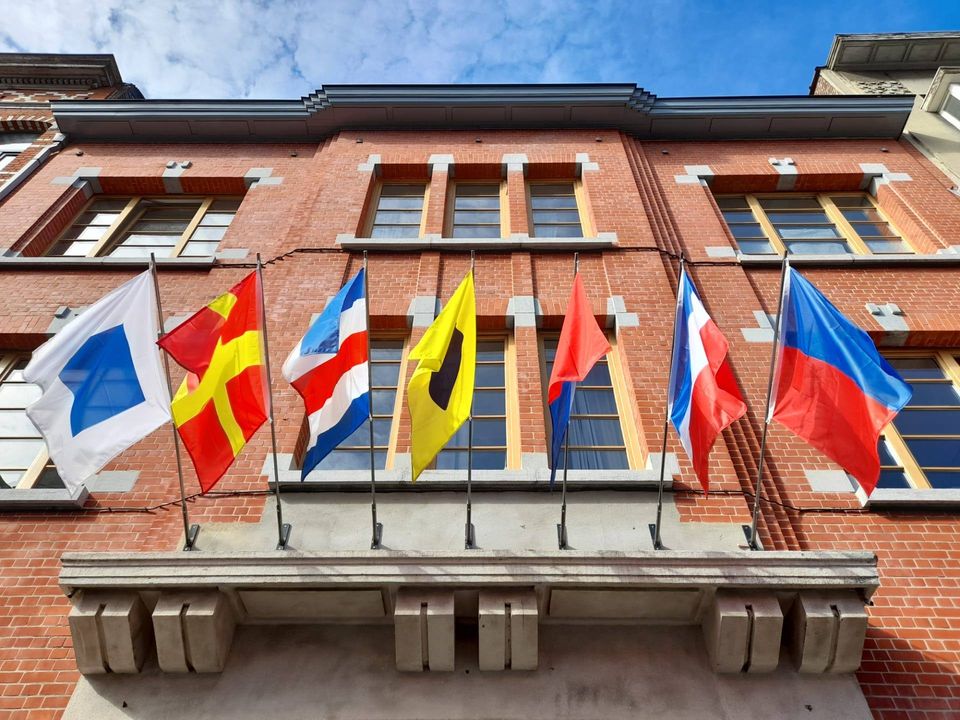 “Translating to Transcoding” at Société, an artist-run space in a beautiful former factory in Molenbeek that has made a name for itself with fascinating, brainy group exhibitions, explores the translation and transcoding of signs in between different forms of expression while bringing together artistic and technological spheres. It’s a response to how “today we draw with algorithms, copy-paste in paintings, think in resolutions and photograph or sculpt in 3D”.  The highly interesting exhibition brings together works by Carl Andre, Thomas Ruff, Le Corbusier, Takahiro Kudo, LAb[au], Hannah Weiner, and many others.

10 New Kid: I love today, I can’t wait for tomorrow at Beige 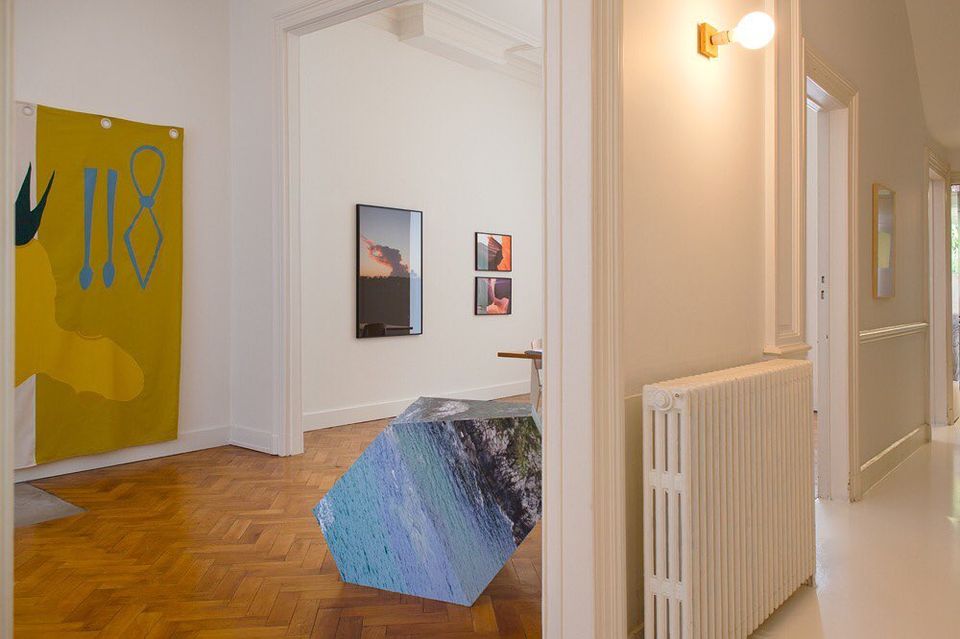 Against all odds, another brand new art space opens its doors for the very first time this week: Beige, a self-described “domestic art space”, was founded by Brussels curator Ann Cesteleyn with the goal to bridge the gap between art and public through an informal setting. The inaugural show, “I Love Today, I Can’t Wait for Tomorrow” features works by Laurie Charles, Chris Goennawein, Meggy Rustamova and Kato Six. 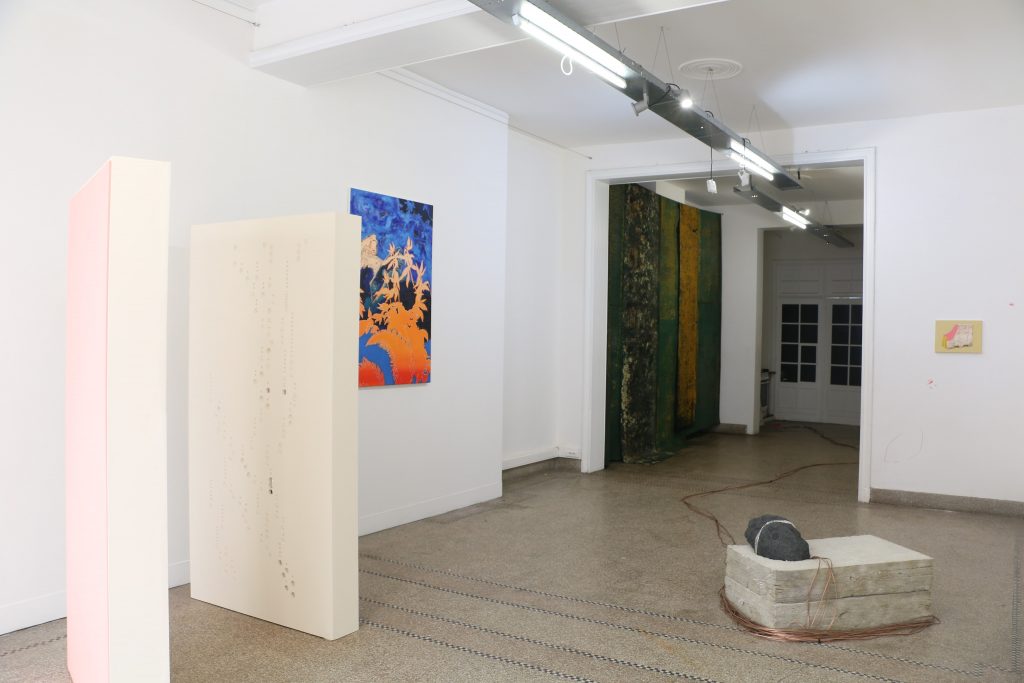