Rue Blanche, named after the location of the Belgian label’s first office, was created back in 1987 by Marie-Chantal Régout and her cousin Patrick Van Heurk. The two launched an inaugural collection made up of only seven pieces all made of jersey – unusual at the time and an immediate success. And it only went uphill from there: this year the brand, boasting shops all over the country and being distributed around the globe, celebrates its 30th birthday. For the occasion we had a little chat with Marie-Chantal’s daughters Astrid and Aude, who took over Rue Blanche this year.

In September Rue Blanche moved back to 54 Antoine Dansaert street, the location of its very first shop. Why?

The possibility presented itself and we just went for it. It was of course also a sentimental decision: this is where it all started, and we love the neighbourhood. Even if its reputation is not the best, we love the energy there and really want to stay there in the future. After all, it’s Brussels’ fashion district, home of many Belgian designers.

Not only the location changed, also the leadership. You recently took over Rue Blanche from your mom. How is it all going?

It’s a long process. Rejuvenating a fashion brand can take a year or even more – it takes a while until you can feel the changes that have been made. To be honest the last year was a bit challenging for everyone with the terrorist attacks and the new pedestrian street here in the centre. Most of the changes we’re making are things you don’t really see on the outside: modernising communication and the way we work in general, which is needed to make the brand evolve with time. After 30 years it’s normal refresh everything a little bit! 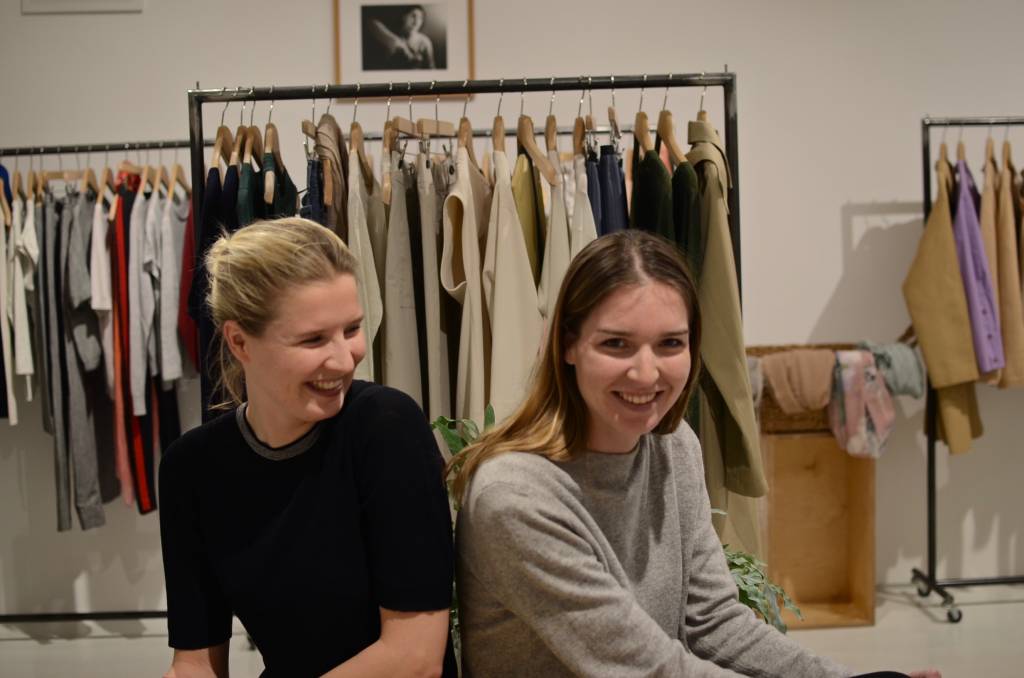 Has anything changed when it comes to the clothes themselves or the women who wear them?

Rue Blanche’s clothes can be worn by a 15 year old girl as well as by an older lady in her 70s. We want to of course keep our customer base but also reach younger women a bit more.

How would you characterise Rue Blanche? What are its inspirations?

Most of our inspirations come directly from the material we use. But other than that, we find inspiration everywhere and all the time: in art, magazines, people, … We also like the idea to mix elements from the male and female wardrobe together. And what’s always been important: Rue Blanche doesn’t follow trends. If green is a trendy colour this year for example, we’ll not automatically use it in our collection. 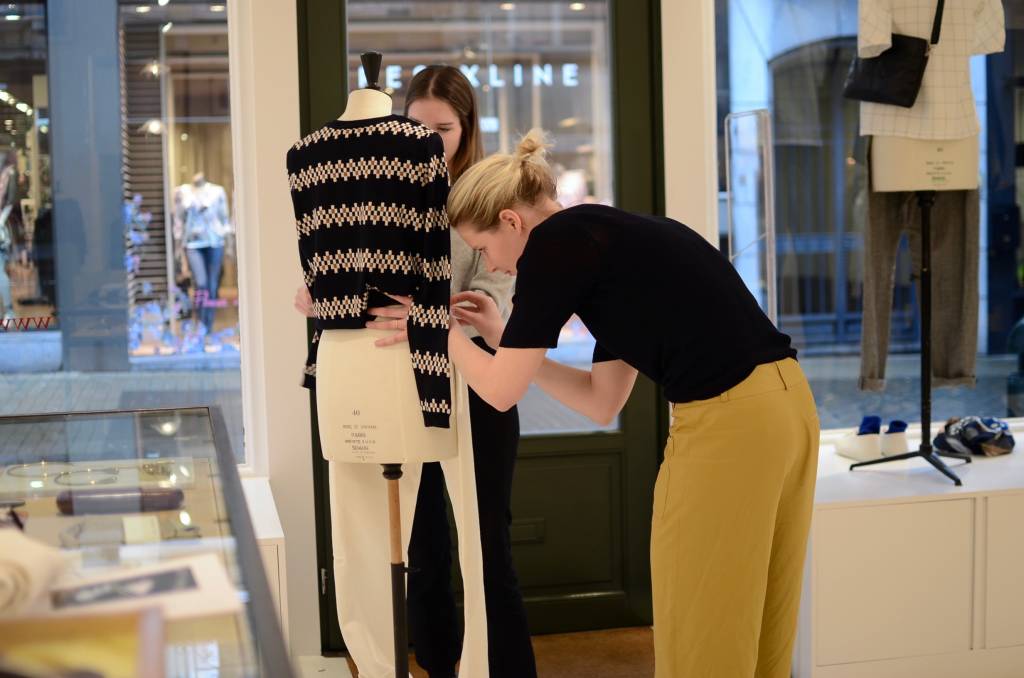 Rue Blanche is, since the beginning, a family business. What’s it like to work between sisters?

We see it as a strength to be a family business, something that is becoming scarcer and scarcer, by the way. We have the same taste and the same vision of life, which helps immensely. A lot of times we communicate without words and just understand each other intuitively without much explaining. This saves a lot of time and energy.

How would you describe the evolution of Rue Blanche since its creation?

It’s always been about staying true to yourself. Since the beginning, Rue Blanche has its own DNA and continues to stick to it. The customers who are coming to our store know what they’re looking for and can be sure they’ll find it.