The week in Belgium from 23 to 29 August 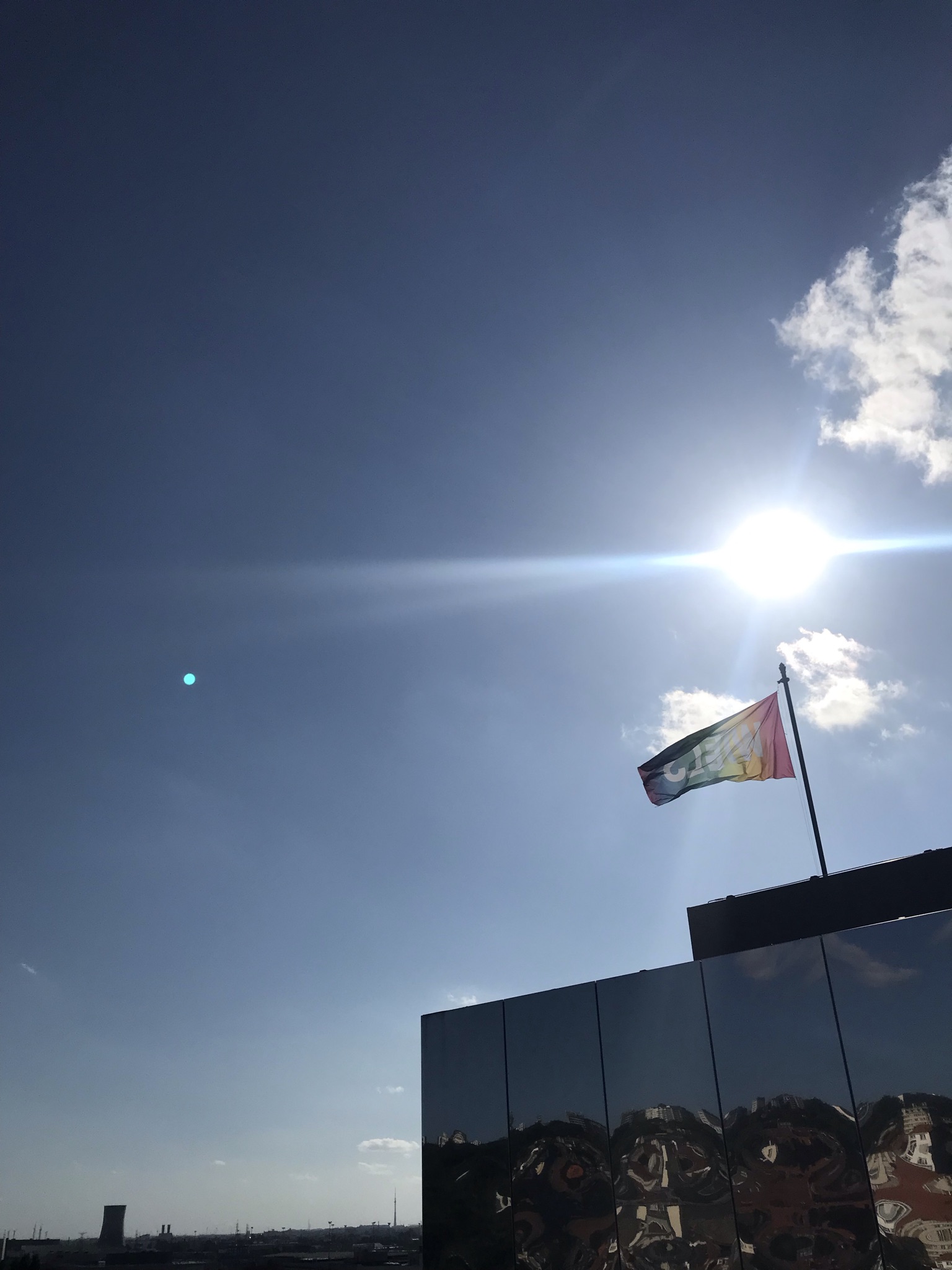 Free concerts in Ghent, an arty night out in Antwerp, an open air exhibition in Brussels, an art festival in the Bruges harbor and much more – see you there!

Floating in the wind, illuminated by the sun, soaked by rain – “Echappées Belles” is an exhibition that lets artworks freely interact with its surroundings. Entirely open air, the poetic show flows through the streets of Brussels neighborhood St. Gilles, through Place Van Meenen, l’avenue Demeur and Rue du Fort à Saint-Gilles, open 24/7, for everyone to see. Artistic disciplines and eras commingle, with the theme “Water” as a common starting point, a subject inspired by the neighborhood’s forgotten history of water, its springs, basins, and fountains. With works by an international selection of artists, including young American photography up-and-comer Chad Moore, 19th century botanist Anna Atkins, and homegrown artist Julie Calbert.

Arty night out: De Nor at Middelheim park 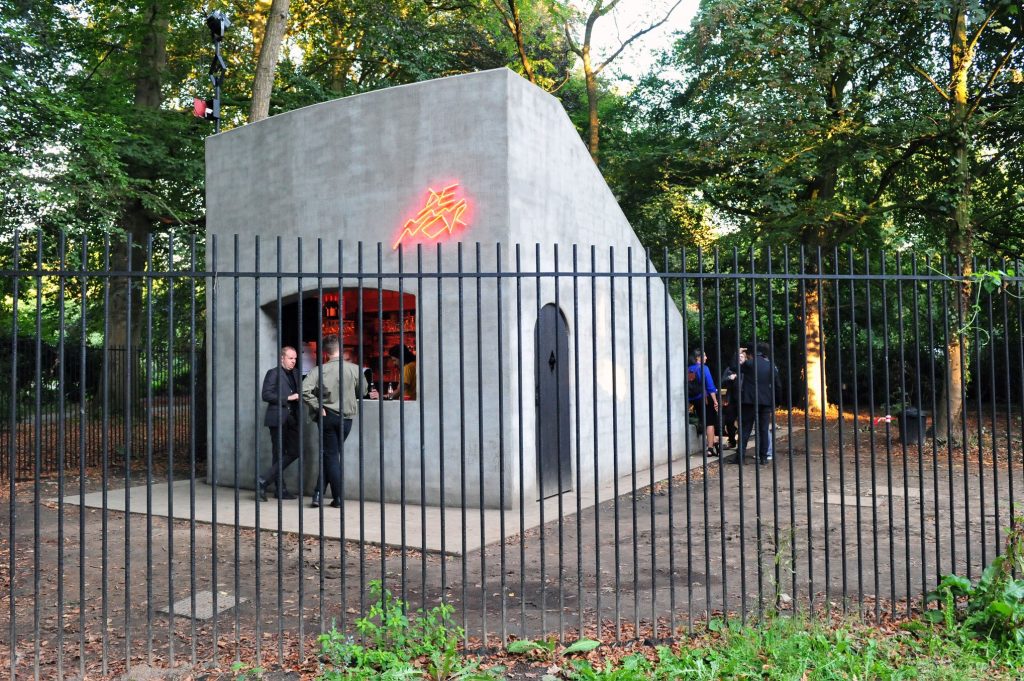 De Nor, created by Belgian artist Dennis Tyfus, is a work that is located somewhere between an architectural sculpture and an interactive art installation – a social sculpture, if you will, complete with tiered seating, a bar and a toilet. This week it’s being activated with a rather Antwerpian evening (or night) featuring music from Tyfus’ own Ultra Eczema label, Koen Roggen, Bontridders, and others. Pro tip: reservations only and full vaccination or negative test required.

From 25 August to 24 October Kortrijk 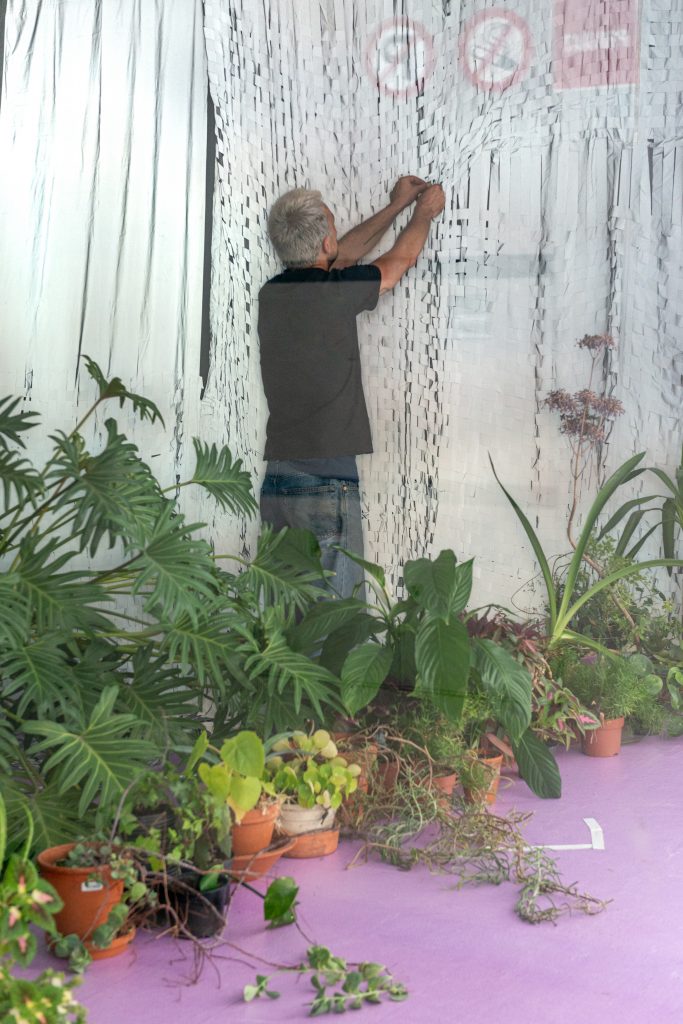 “Alles stroomt” is the debut project of nomadic art collective Elders, a group exhibition spread over six disused shop windows across the city center of Kortrijk. The show in this unconventional urban setting that presents works by international artists Martin Belou, Paulien Föllings, Philip Janssens, Camille Le Meur, Sarah Margnetti and Marina Pinsky, is accompanied by a podcast featuring fragments of conversations with the artists and a soundtrack composed by Laura Huysmans, Mattias De Craene and Maya Dhondt. The audiovisual art walk was inspired by this strange last year, when strolling around the streets was one of the very few accessible activities, and many rediscovered the sensorial experience of walking. 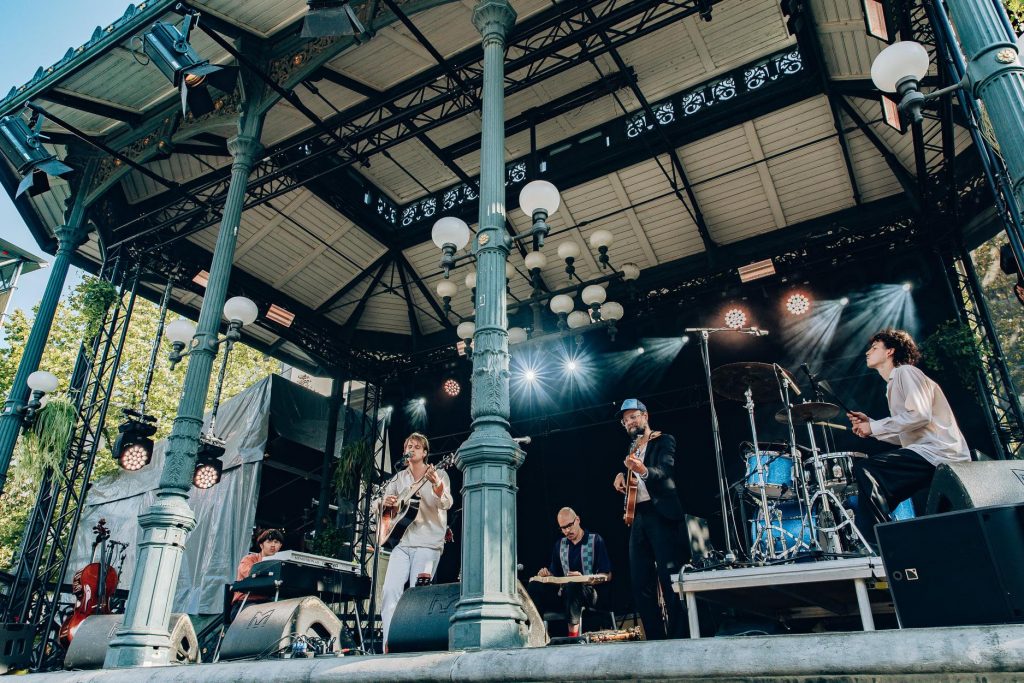 A different format than during pre-pandemic times, but nevertheless four days of great music – Boomtown festival is back! The entire shebang is for free, with the gigs taking place on the Kouter square, for example in its beautiful pavilion. Smaller, cozier, and, by the way, one of the greenest festivals in Belgium. The line-up includes Wallace Vanborn, Brutus, Nosedrip, and others.

A couple of months ago, Belgian musician Okamy drew much-needed attention to the plight of shelter dogs, featuring them prominently in his music video “So Wrong”. All have been adopted, except one: Cheops, a sweet 10-year old German shepherd who is still waiting at Veeweyde in Brussels for a someone to take him home.  This Thursday, the organisation is opening its doors to the public on the occasion of the International day of the Dog. Animal lovers are invited to playfully get to know the furry inhabitants, and snacks and drinks will be provided as well. Adopt, don’t shop! 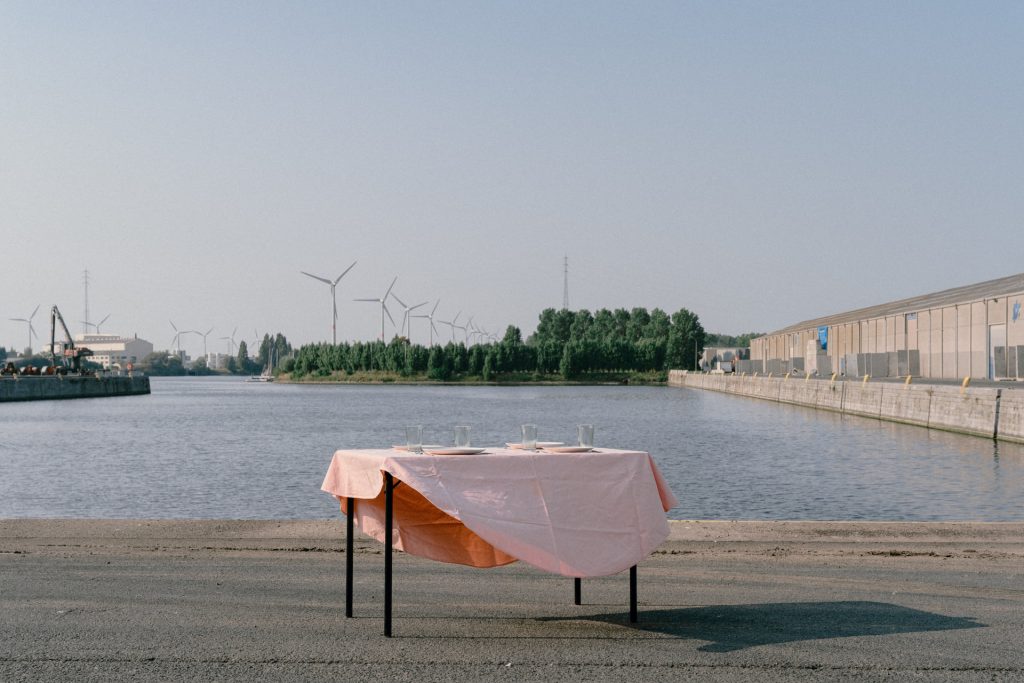 For four days, multidisciplinaryart festival Konvooi takes over Bruges’ industrial harbor area next to cultural venue Het Entrepot, giving radical carte blanche to a selection of young artists in an unlikely setting. Installations, theatre, performance, a summer terrace, music … an art bash that’s accessible 24/7, for free, featuring more than 100 different artists. There’s even a campsite, for those who want to make the most of it! Find the full program here. 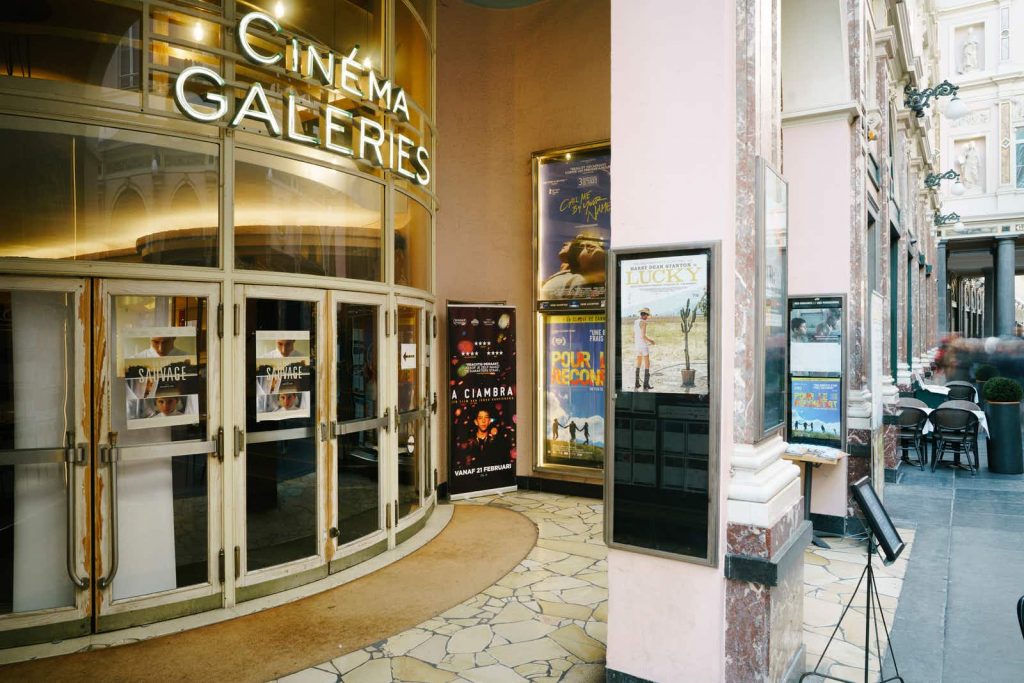 Brussels institution Cinema Galeries, one of the city’s major independent movie theatres, celebrates its 80th anniversary (one year too late, due to you-know-what). The program is manifold, ranging from open air screenings and kids workshops to premieres and conferences. A sure highlight is the ciné-concert this weekend, a joint concert by DJ/producer Maud Geffray and harpist Laure Brisa, where contemporary electronic sounds and classical harp harmonically merge. While the music will be presented in front of the visuals of experimental film Still Life by Kevin El Amrani-Lince, it’s a tribute to influential American composer Philip Glass, a bit like taking him into a club to show him the impact he has had on today’s electronic musical landscape. 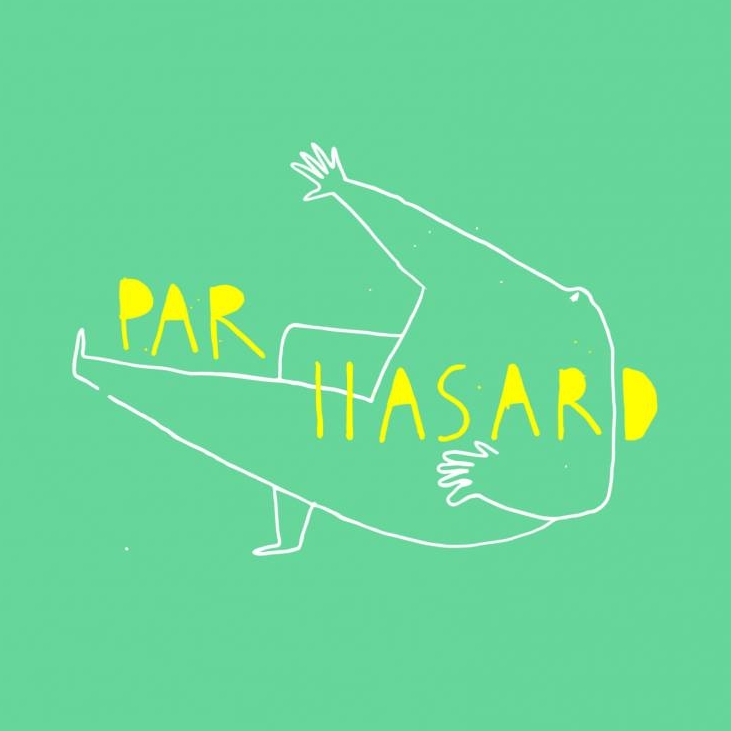 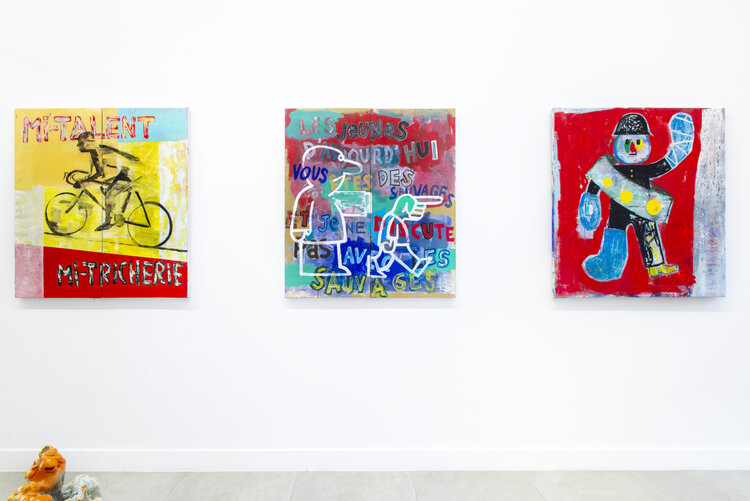 Ghent’s Barbé Urbain gallery is back from its summer holidays with a bang, celebrating its new expanded gallery space (in the same location) with a large-scale group show bringing together 12 different artists. “XL” serves as a great introduction in the gallery’s interesting and largely Belgian roster, featuring works by Manor Grunewald, Flexboj & LA, Adelheid de Witte, and many others.