The week in Belgium from 3 to 9 September

9 things to do in Belgium this week, from art marathons and design festivals to nights out, concerts, and film retrospectives. See you there!

From 6 to 9 September Brussels 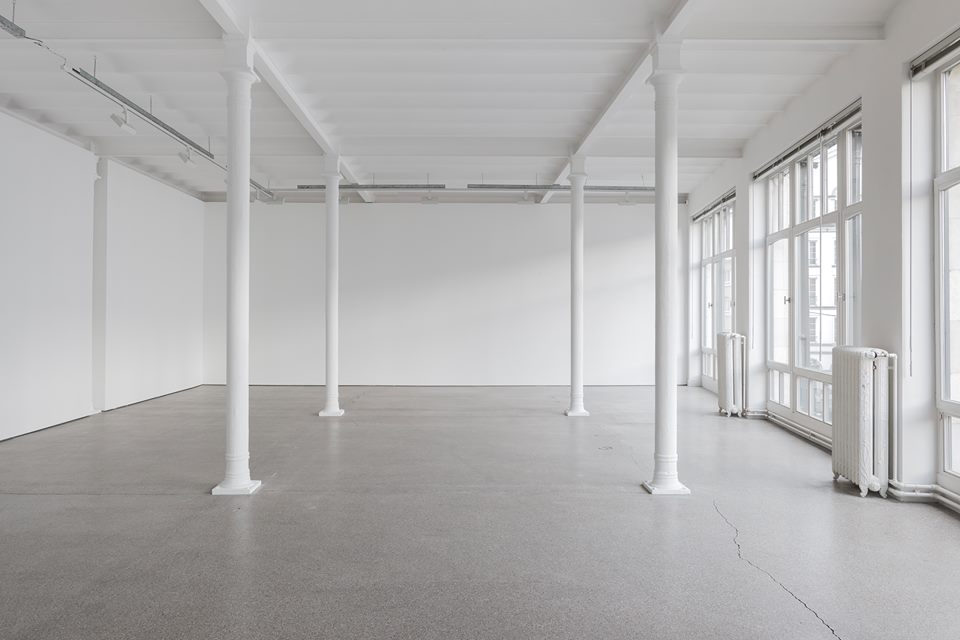 After the summer break, the new art season starts with a bit of a bang in the Belgian capital, coinciding with the 11th edition of the Brussels Gallery Weekend. This year’s headquarters are located in the beautiful Vanderborght building, which not only serves as a meeting and information point but also hosts brand new festival “A Performance Affair”, an exhibition dedicated to young Brussels talent, pop-up bar Le Toast, and various workshops and book launches. With 39 galleries and over a dozen institutions and non-profit spaces participating, the massive program can feel a bit overwhelming, which is why we selected the 13 must-sees for you here. You can also follow us on Instagram for live updates.

From 4 September to 2 October Brussels 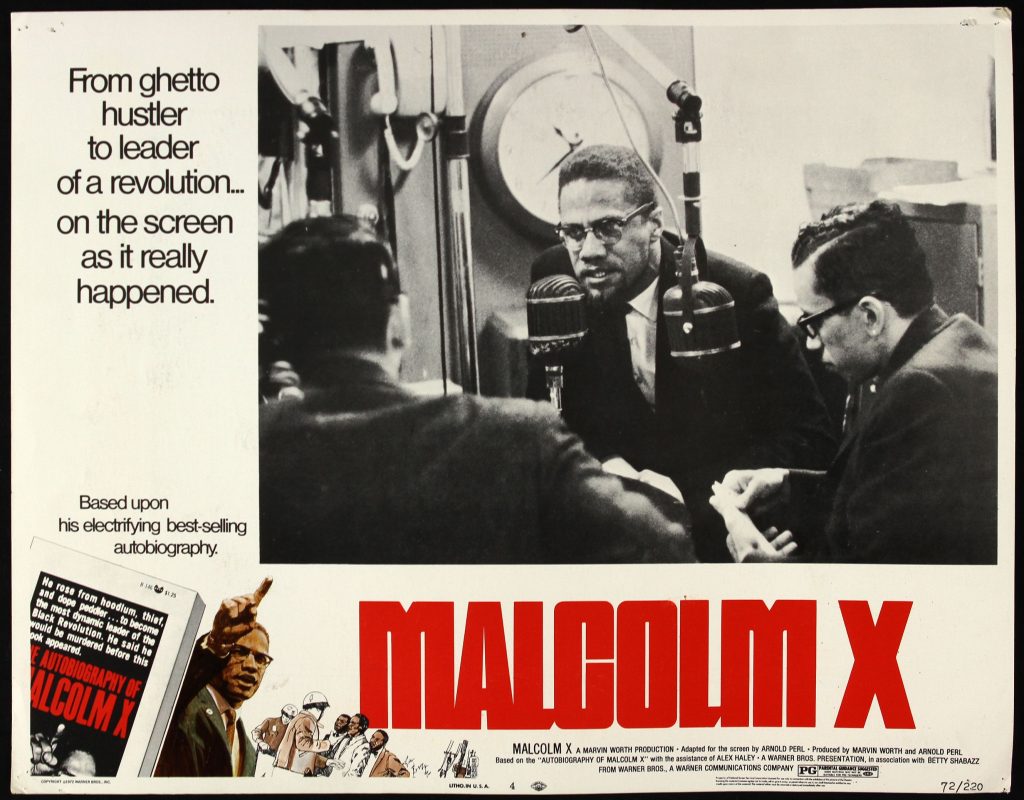 The typical Belgian rainy weather has already made a comeback – the perfect moment to spend some time in cozy cinema halls once again. We’d recommend taking shelter in Cinéma Aventure, which currently presents a retrospective of celebrated American director Spike Lee, who just released his much-awaited new film BlacKkKlansman which deals with white supremacy and racism. See the full program here. 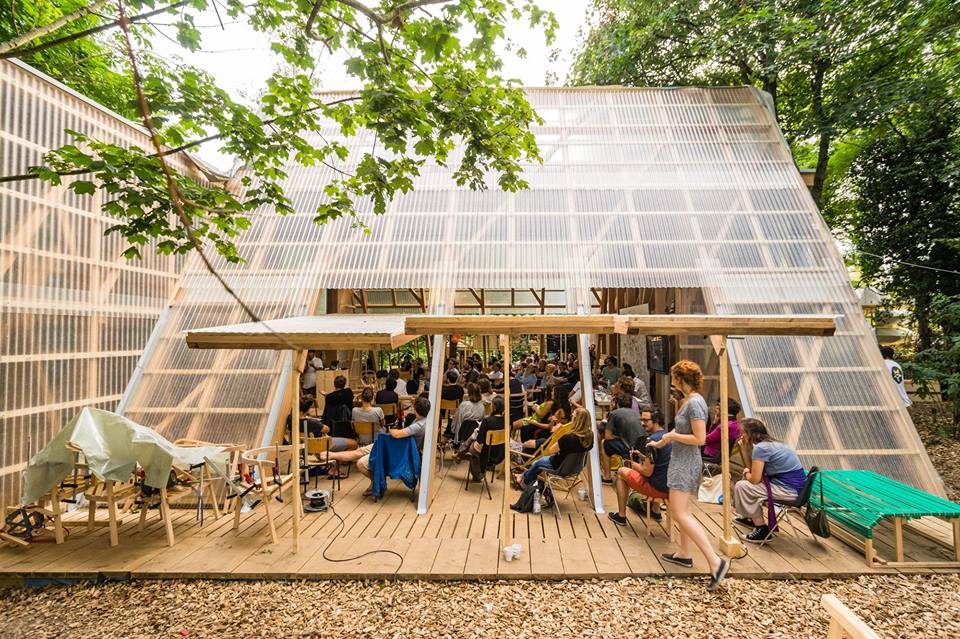 A unique combo of art and music, Horst celebrates its 5th birthday this year – while announcing that it might also be its final one. Located in an intimate setting of woods, meadows and ponds surrounding the Holsbeek castle, it’s been prolonged by an extra day and grown in size by adding a third stage. Plus, its makers thought up something very special this year: this edition’s centre piece, the so-called Lakeside Dancers Club, was designed by innovative architecture studio Atelier Bow-Wow from Tokyo. Additionally, artist collective 019 has prepared a monumental intervention, and the line-up is of course worth mentioning too: think Ssaliva, Moodprint, Avalon Emerson, or Palms Trax.

Night out: Cultivated Electronics at C12 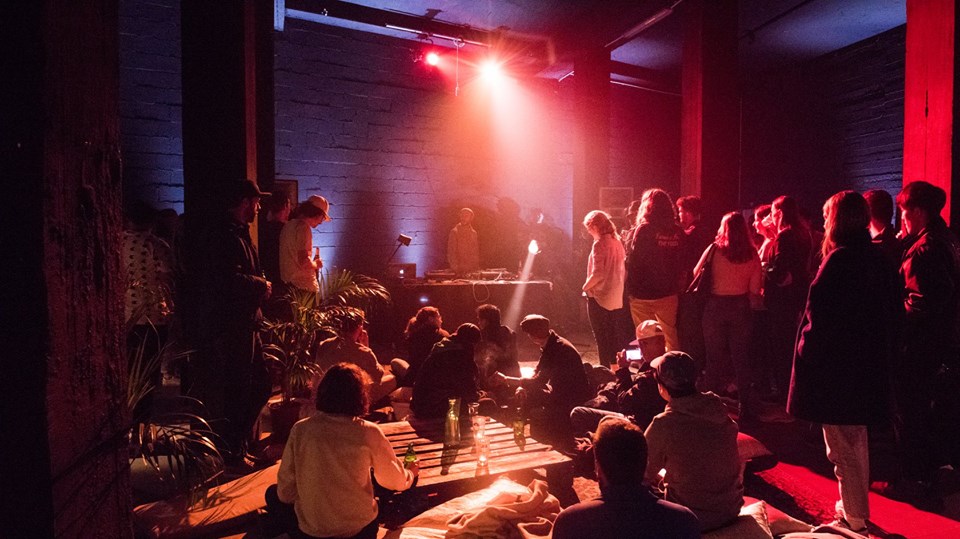 This dance marathon is dedicated to respected electronic music label Cultivated Electronics, which has been making a mark on the scene for more than 10 years. Behind the decks: Morphology, an atmospheric blend of early electro sounds with haunting melodies, Sync24 who combines deep downtempo with acid ambient soundscapes, as well as Silicon Scally by Carl Finlow.

From 7 to 9 September Liège 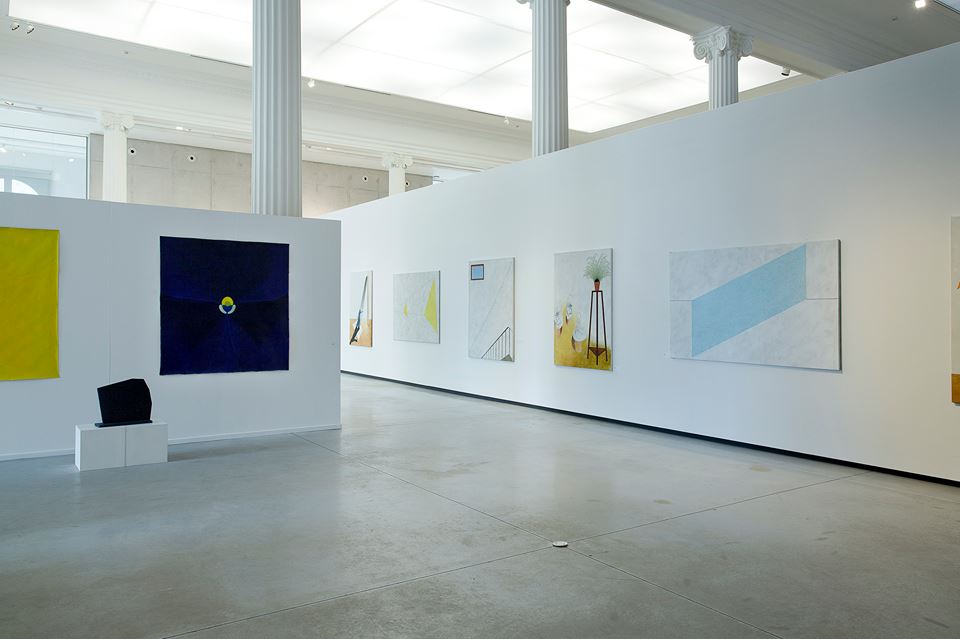 There’s more to Belgium’s art scene than Brussels, Antwerp and Ghent. “En Piste” wants to draw attention to exactly that, creating a platform showcasing the art scene of Walloon city Liège. This weekend you can discover more than 20 of its galleries and art spaces all in one place. With Galerie Nadja Vilenne, SPACE Collection, Espace 251 Nord, and many others. Great initiative!

From 6 to 30 September Brussels 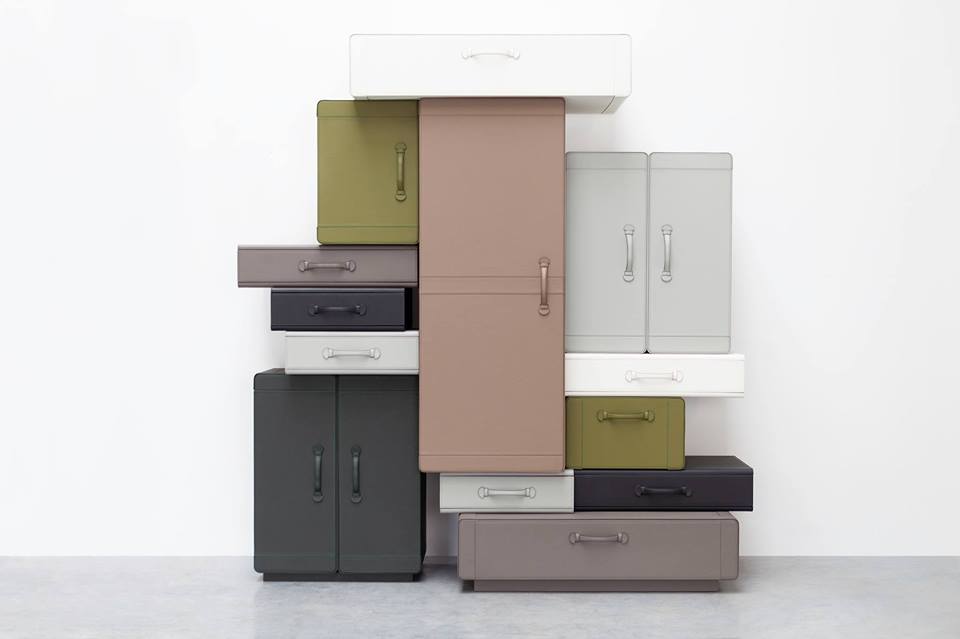 If you want to get to know Brussels’ design scene, this is the best time of year to do so. Brussels Design September, the city’s annual flagship design event, shines a light on design in all its shapes and forms. One month of more than 100 events including workshops, talks, pop-up stores, markets, exhibitions, and more. Check out the massive program here.

Exhibition: Make Your Mark at Plus-One 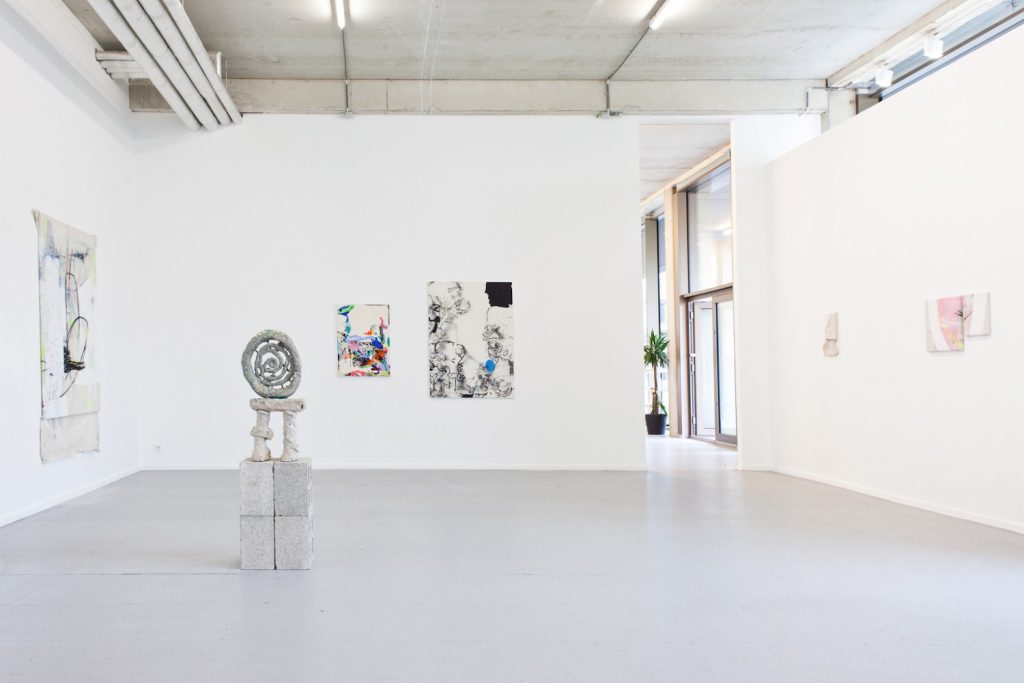 Especially young artists often struggle with the restrictions and limitations a gallery show might present. With “Make Your Mark”, Antwerp’s Plus-One Gallery decided to take a different approach, giving room to four young, emerging artists without enforcing a certain concept. Nevertheless similarities and meeting points arise, for instance when it comes to inspirations from popular culture and reflections on the standards of art history. With Jenny Brosinski, Stevie Dix, Antwan Horfee and Tom Volkaert.

Music festival: Deep in the Woods 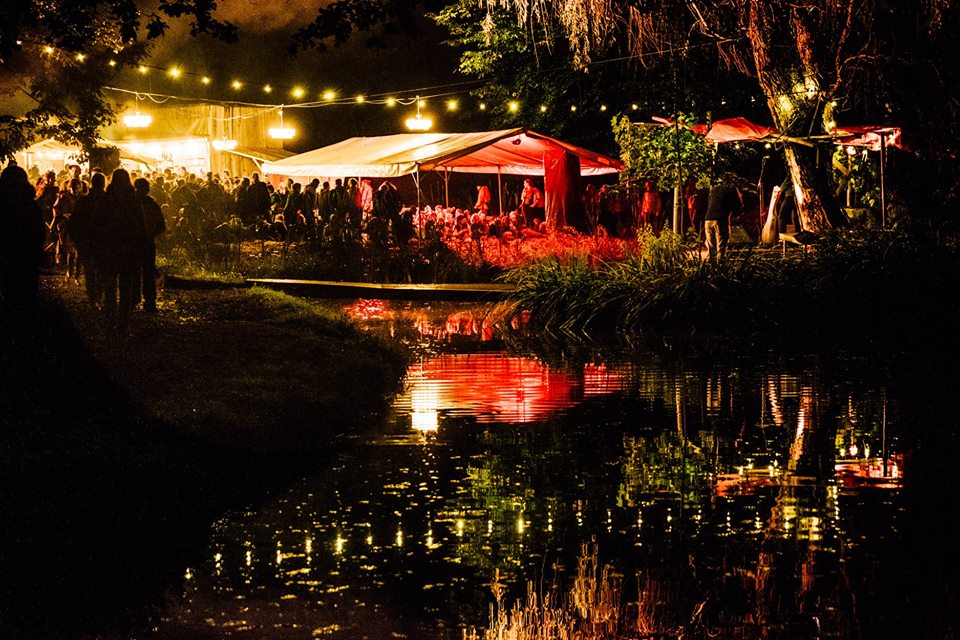 Three days of concerts deep in the woods – a winning combo of music and nature! This year’s edition features artists such as Peter Kernel from Switzerland, Fenster from Germany, or homegrown band Yuko. Plus, there’s a great selection of high-quality food trucks, and a vast activity program from yoga to nature walks and even sauna sessions. A very different kind of festival that tellingly calls itself a “chilled-out countryside picnic for music & arts lovers”. More here. 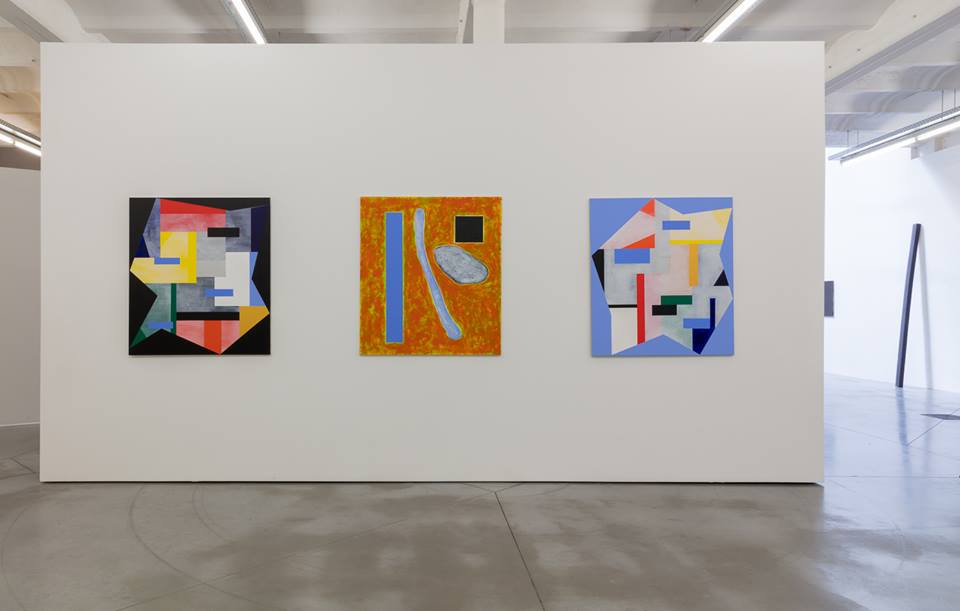 Belgian artist Philippe Van Snick, who can look back on a career of 50 years with no intention of stopping in sight, just won the Ultima Prize, awarded by the Flemish region. The jury praised his oeuvre for its “pureness and reduced use of means while being rich in interpretation”. Overall, Van Snick’s universe is dominated by a deep interest in colors and shapes, often using elements of minimalism. Ghent’s Tatjana Pieters Gallery is currently presenting a special solo show that looks back on the entire career of the productive artist. A fascinating and informative overview!