The week in Belgium from 7 to 13 November

From 10 to 13 November Brussels

Every year children and youth theatre Bronks puts on the Export/Import festival, an exciting mix of theatre, dance, circus, figure theatre and music that looks past the boundaries of age and language. For four days Bronks will be filled with unusual, high-quality and surprising theatre both from Belgium and abroad. All performances are wordless or are performed and/or subtitled in Dutch, French and English. 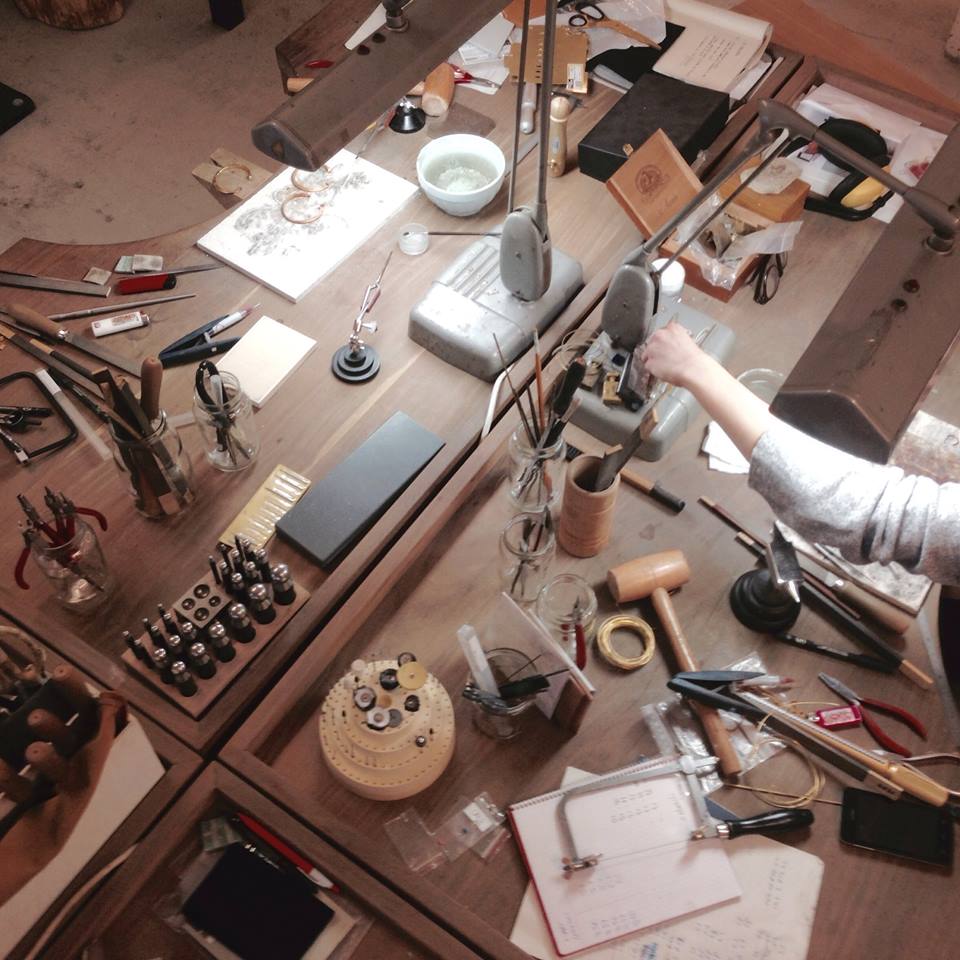 If you’re into jewellery and want to support homegrown creators, this one is for you. Until 15 January the jewellery makers from Studio Collect open up a pop-up shop in Antwerp, presenting their newest collection “Mechanical Balance”. The foursome made up of Hermien Cassiers, Saskia Govaerts, Magaly Hermans and Hannah van Lith follows a philosophy focusing on creating versatile and accessible jewellery with a strong and fresh look. All items are hand-made!

From 10 to 12 November La Louvière 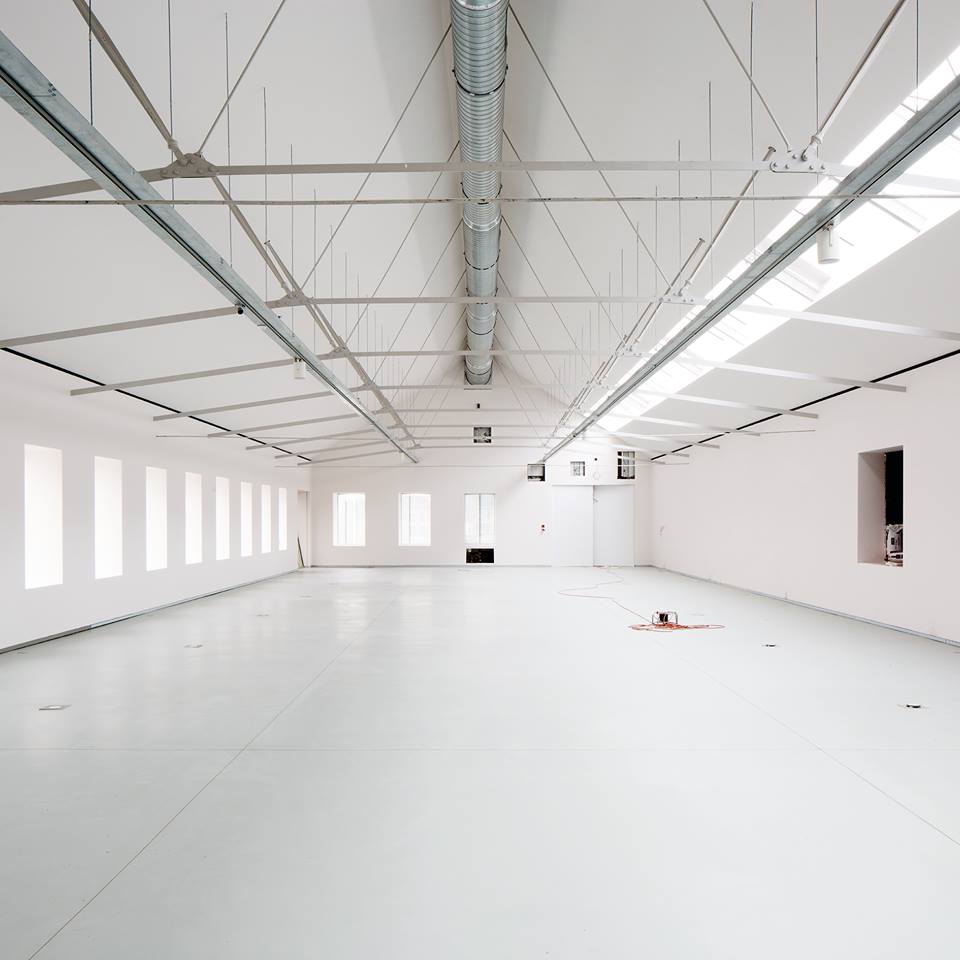 This week sees the first edition of Brock’n’Roll Factory, a multifaceted creators market offering everything from design objects and accessories to concerts and workshops. A brand new initiative dedicated to artistic creation of all kinds, hosted by La Louviére’s art centre Keramis. 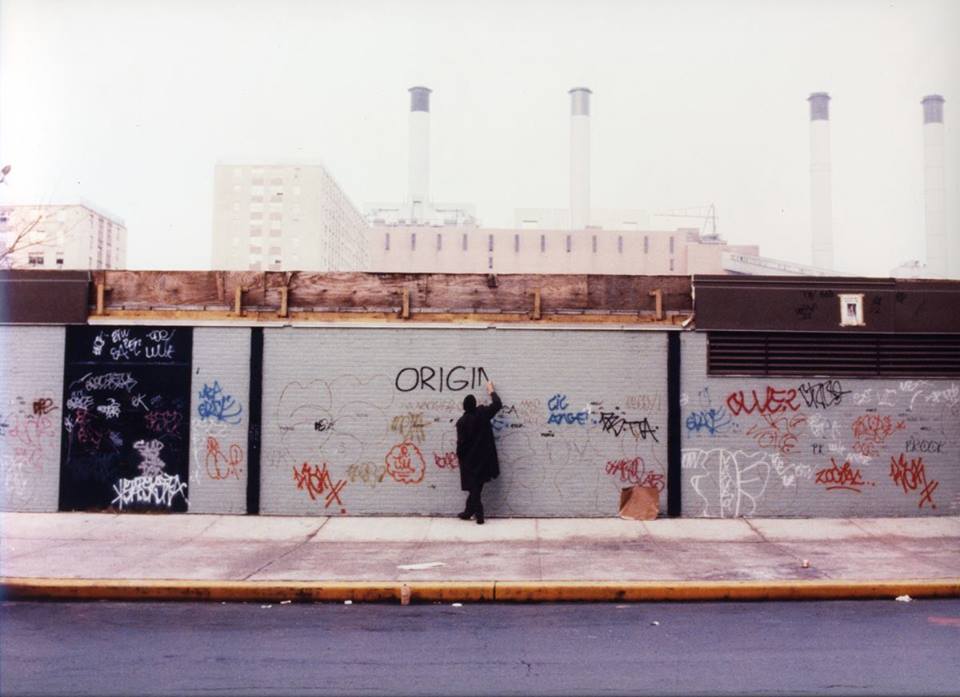 Until 13 November art fans can discover “Painting After Postmodernism” spread over no less than six stories in the historic Vanderborght building. Cinema Galeries, also hosting a part of the show, presents a film selection dedicated to the subject. “Downtown 81”, directed by Edo Bertoglio, is a rare snapshot of the subculture of post-punk era Manhattan and the life of painting legend Jean-Michel Basquiat.

Concert: The Kills at Vk 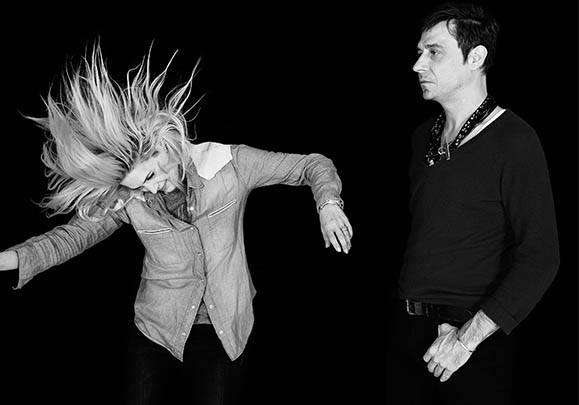 It took London duo Alison Mosshart and Jamie Hince aka The Kills no less than five years to release their fifth album, Ash & Ice. As always gritty, lo-fi, dynamic and modern all at the same time, the two do again what they do best. You can experience the rocky twosome live on stage at Molenbeek’s Vk, an alternative music venue founded back in 1989 with a penchant for the new and experimental. 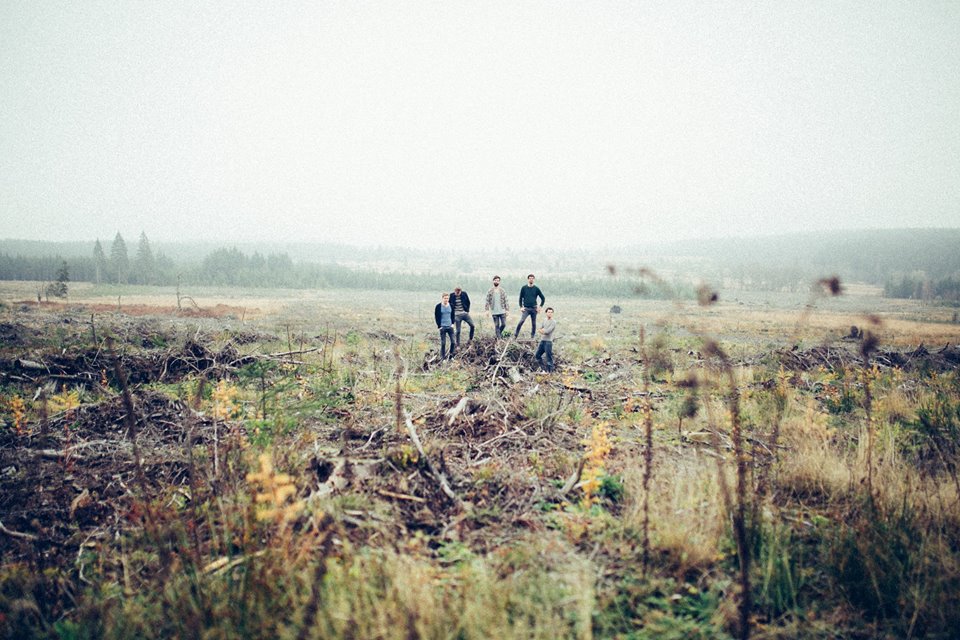 Indie rock parties are unfortunately rather rare in Belgium, which is why you shouldn’t miss this one: this weekend at Knokke Out University you’ll be able to dance the night away to rocky tunes from The Smiths and Blur to Arctic Monkeys and Temples. Behind the decks: the guys from Belgian indie rock band Recorders, the creative minds behind the pretty legendary Indie Club parties in Brussels. Put on your dancing shoes!

From 10 November to 23 December Brussels 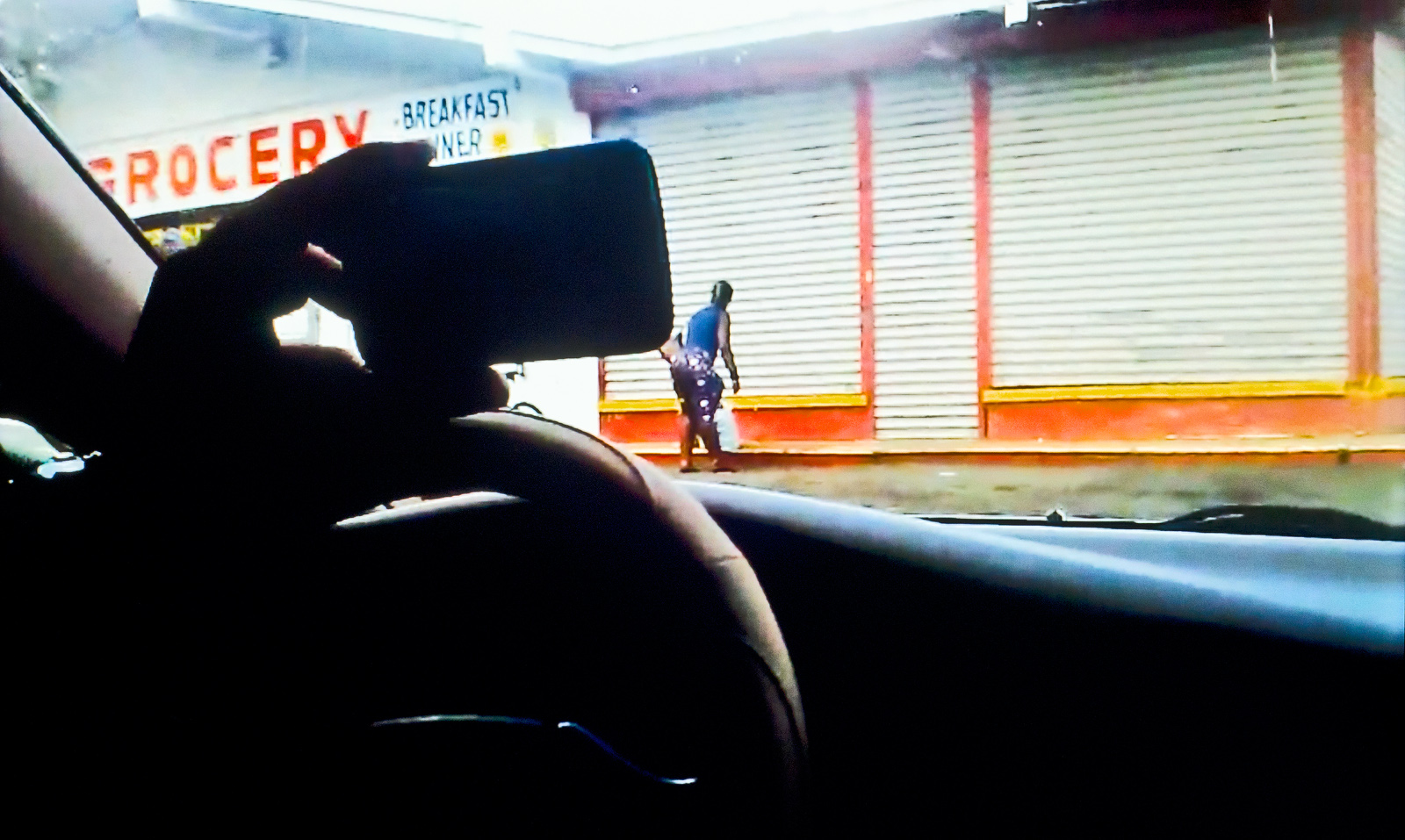 Fittingly opening only two days after the US elections, “Star Spangled” deals with repetition, gaze, technology and public perception of political discourse. While Roopa Vasudevan’s #bellwether is a data collection project designed to dig deeper into the true political desires of the voting population of Ohio, “National Anthem” by Doug Rickard paints a rather dark picture of US society today, based on Youtube stills.

From 11 to 13 November Brussels

If you’re into making new musical discoveries and rather experimental soundscapes, Schiev is for you. Over the course of three days the festival dedicated to making avant-garde pop music more accessible to a larger public invites music fans to an eclectic programme that doesn’t only includes concerts and DJ sets, but also a label market and conferences. 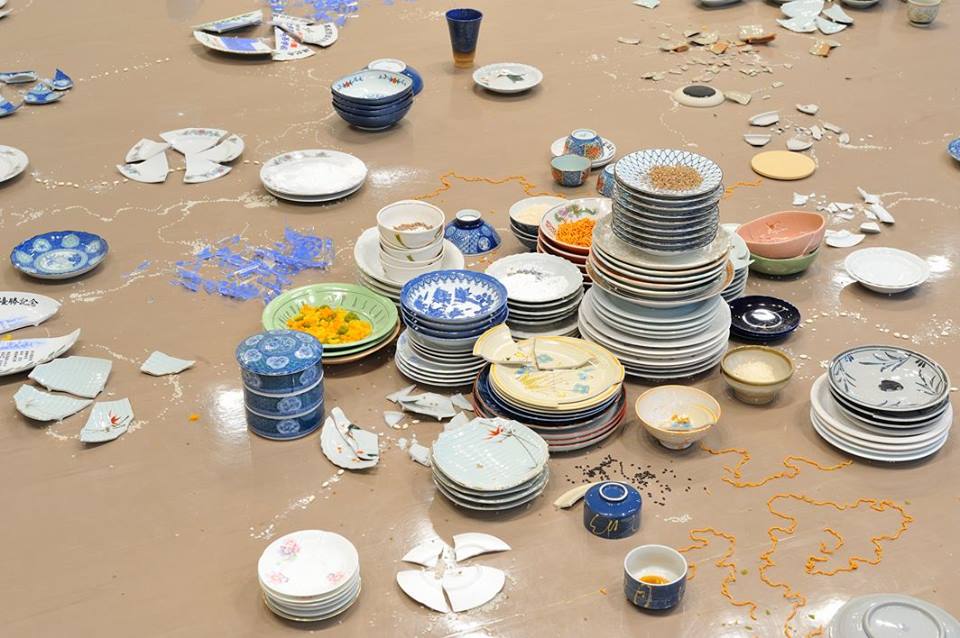 Annie Gentils Gallery currently presents “Intergalactic Dust”, a group exhibition named after cosmic dust that can be found in between galaxies. While Ghent’s Marie Cloquet captures the duality of lateral worlds and the battle between harmony and failure and Croatian artist Hana Miletic maps the traces of political change at an individual and collective level, Japanese-born Keiko Sato explores the nuclear disaster in Fukushima. Also on show: Goele De Bruyn, Elke Andreas Boon and Bernaded Dexters.

From 10 to 19 November Brussels 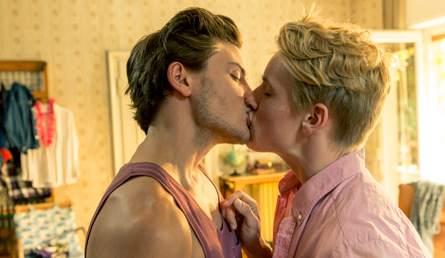 This month sees the 15th edition of film festival Pink Screens, a celebration of otherness and a quest for tolerance and open-mindedness focusing on queer cinema that is experimental, innovative and subversive. The 10-day movie bash takes you on a cinematic journey to India, Pakistan and Argentina while inviting you to a multitude of performances, exhibitions, workshops, concerts, and parties.

Woodie Smalls aka Sylvestre Salumu has already made quite a name for himself although he is only in the beginning of his 20s. The rising hip-hop talent released his debut album “Soft Parade” at the tender age of 19, which got him a lot of radio play and shows at various Belgian festivals from Dour to Couleur Café. This week you can see him live on stage in Ghent’s Vooruit. Check out his latest single “Planet Shrooms” here.