With all the art folk coming to town, this week is also an essential one for Brussels’ commercial galleries and independent art spaces, which of course try to attract collectors and art fans with ambitious exhibitions and special openings and happenings. Here, we’ve selected our 15 favorites from an offering that couldn’t be more vast and varied, and which proves once more Brussels’ growing reputation as a vibrant and exciting international art hub. 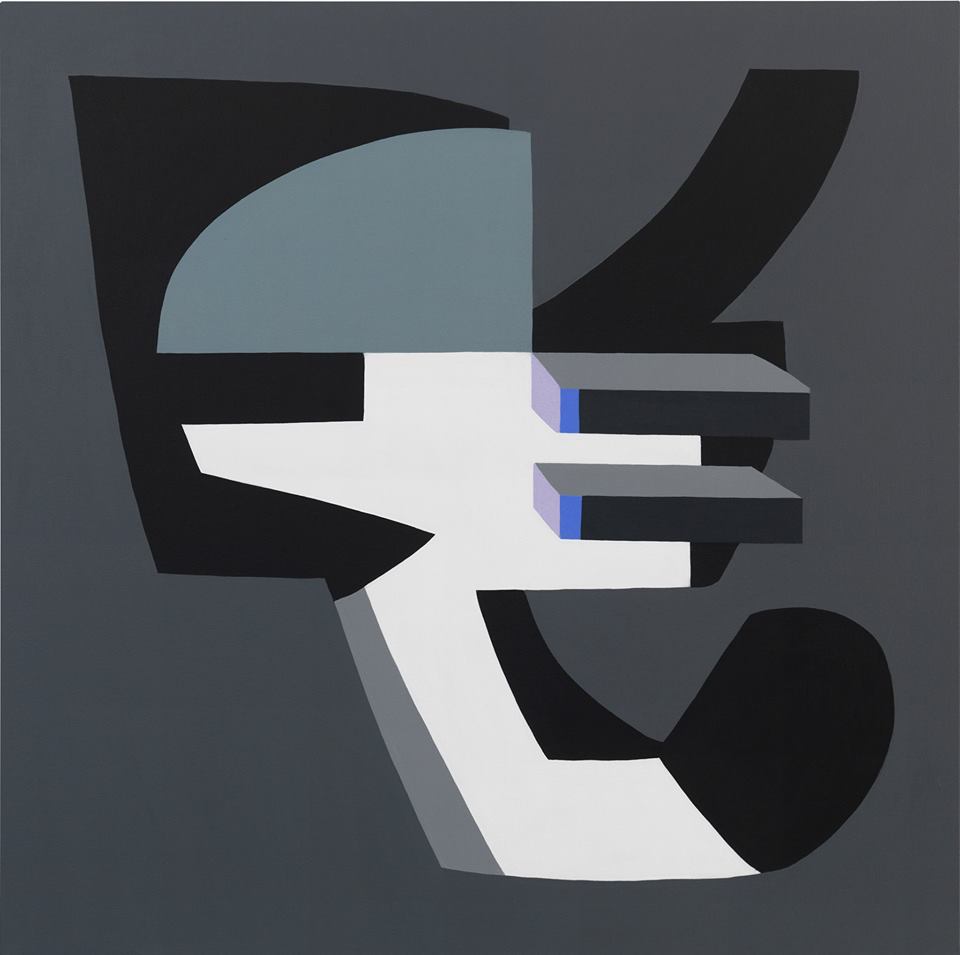 “Corpus” is the very first solo exhibition of rising art star Hayal Pozanti on Belgian grounds. In her work, 30-something Pozanti, born in Istanbul and currently based in New York, mainly oscillates around the following question: “What is it that makes us human?” More specifically, she tries to examine the effects of technology on humans and culture, for example by taking her chats with a Cleverbot as a starting point for her creations. A recurring element and source material throughout her oeuvre is “Instant Paradise”, an alphabet of 31 shapes that she invented herself. Intelligent, thought-provoking and visually fascinating at the same time. 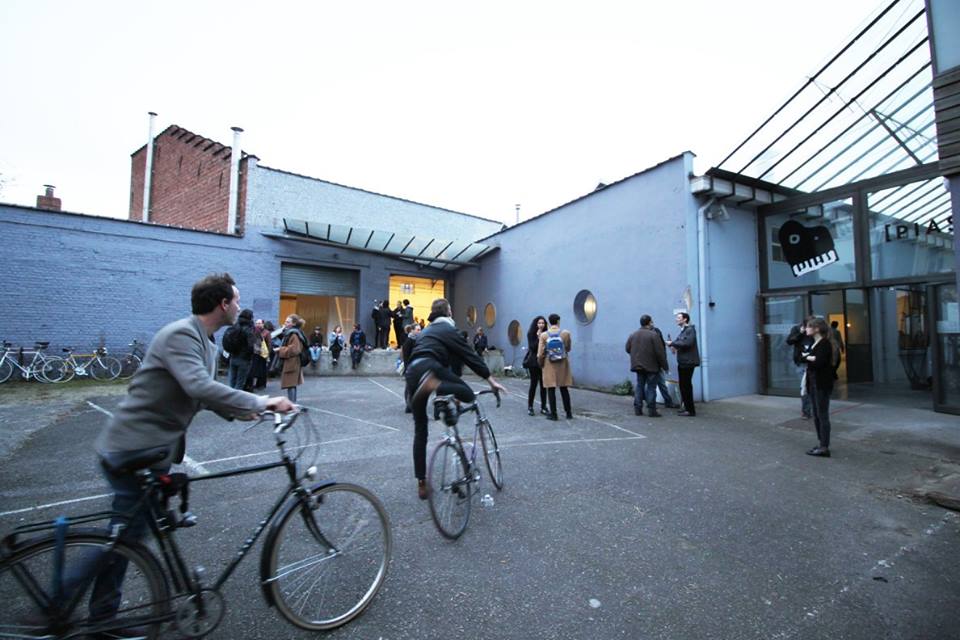 Friche is an experimental, multi-disciplinary art project run by a number of young Brussels-based artists who organise residencies, exhibitions and more in vacant buildings. Currently the collective has settled down in the former headquarters of Belgian music label PIAS in Anderlecht and invited no less than 35 different artists to investigate this enormous space with site-specific artworks during a 21-day long residency whose fresh and captivating results are on show until the end of this week.

3. Bruce Nauman at The Embassy 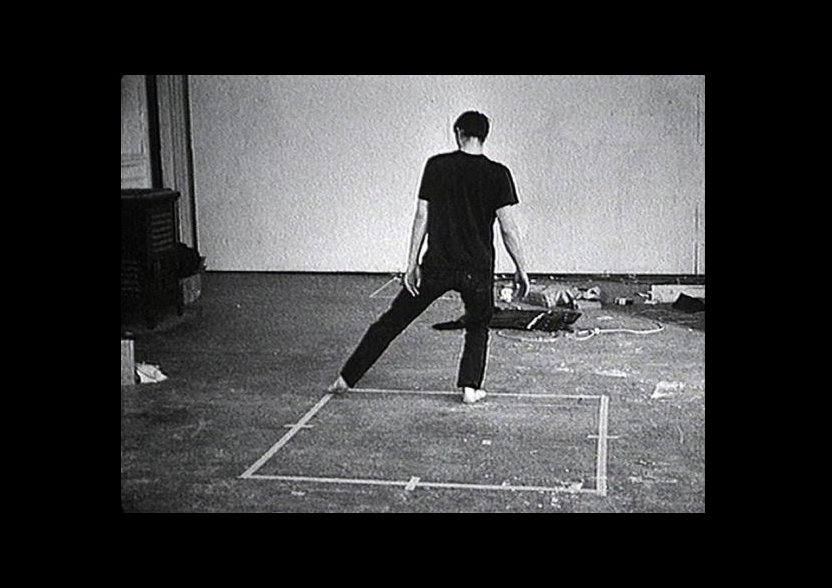 Brand new art space The Embassy, located in a former consulate and hotel and currently undergoing renovations and owned by one of Belgium’s most prominent young collectors, Ronald Rozenbaum, celebrates its launch this week with an ambitious inaugural exhibition featuring selected works by American artist Bruce Nauman. Named “The True Artist”, the show unites four of his early conceptual film pieces from the 60s focusing on repeated sequences while attempting to mechanize his body and testing human endurance. A rather rare opportunity to experience the work of this influential and versatile major American artist here in Belgium. 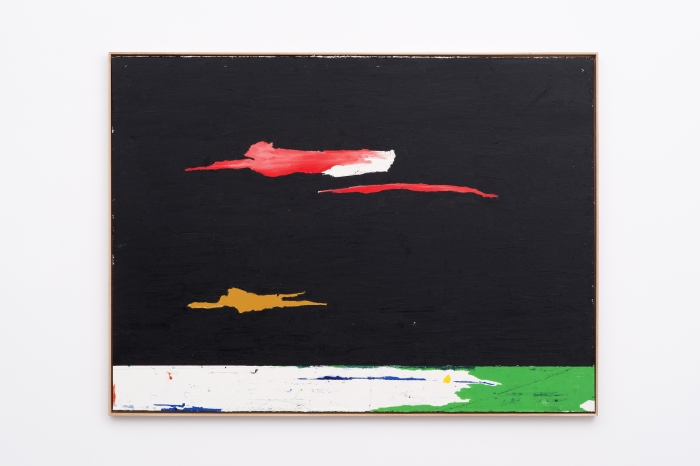 While Charles Riva Collection generally puts American art into the limelight, the exhibition celebrating its sixth birthday,“Un Voyage en Mer”, solely presents artworks by Belgian artists. The line-up reads like a who is who of Belgium’s major art figures, ranging from the old masters such as Marcel Broodthaers and René Magritte to contemporary artist Harold Ancart. The common thread of the exhibition: the sea. 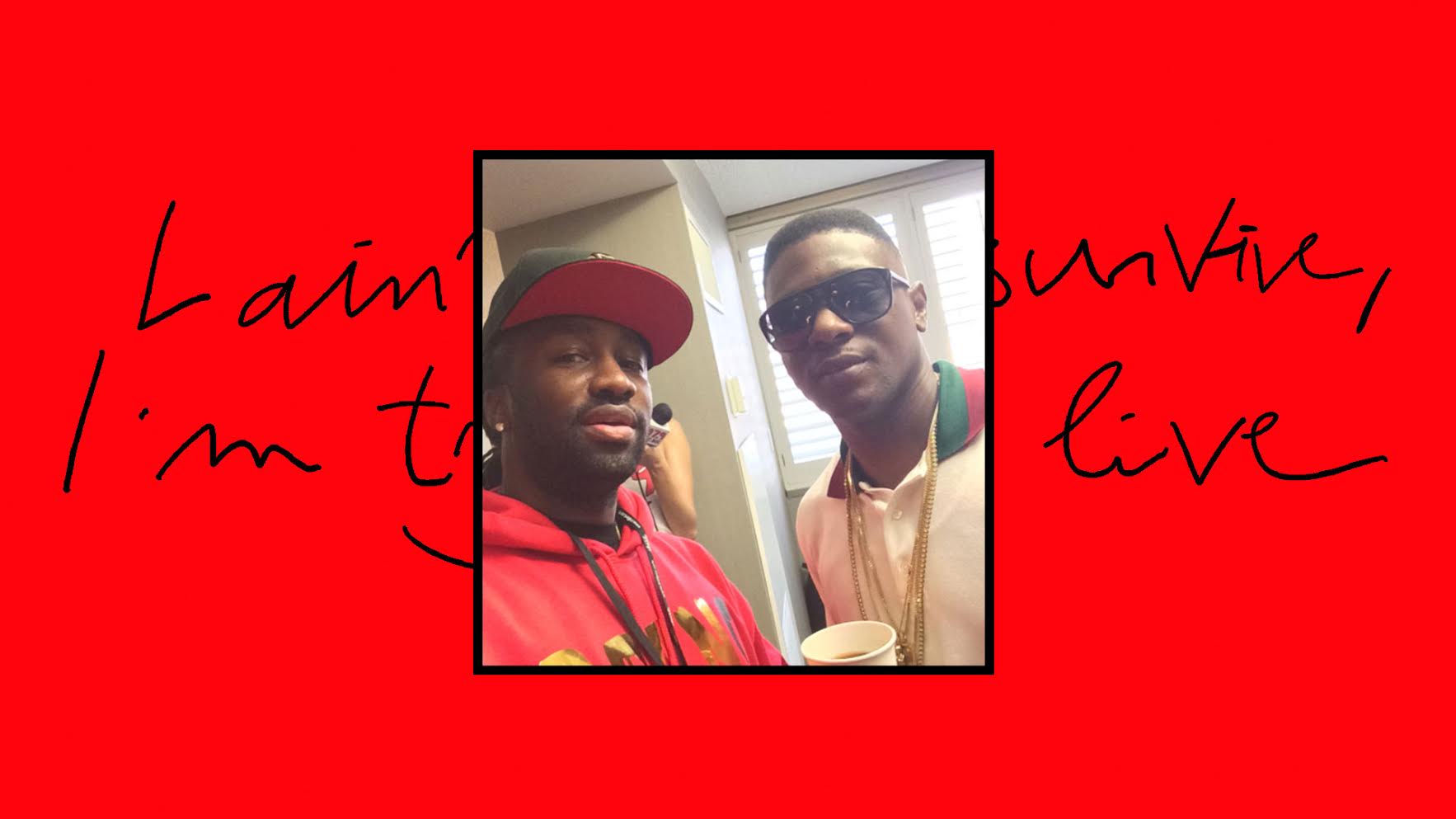 Paris-based artist Charles Bontout‘s practice mainly focuses on language, taking elements from gangsta rap and literature as well as philosophical analyses as starting points. With his current exhibition “I ain’t tryna survive, I’m tryin’ to live” at non-profit space Rosa Brux, fittingly named after a Jay-Z song, he explores the influence of American rappers on society.

6. You Go To My Head at Galerie Daniel Templon 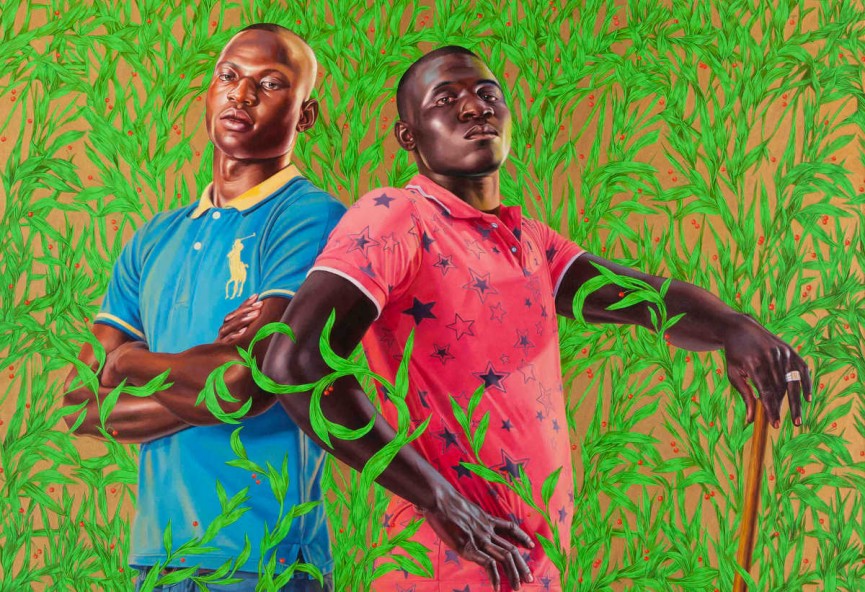 “You go to my head – a visual poem of African inheritance”, named after the famous Billie Holiday song, unites works by 26 different artists. Together they provide an interesting and insightful overview of African art’s influences on contemporary art in general. Featuring works, among others, by Louise Lawler, Tameka Norris, and the great Theaster Gates, whose practice is rooted in his personal experiences of racism growing up on Chicago’s South Side and in the desire to concretely improve living conditions of disadvantaged communities through art. 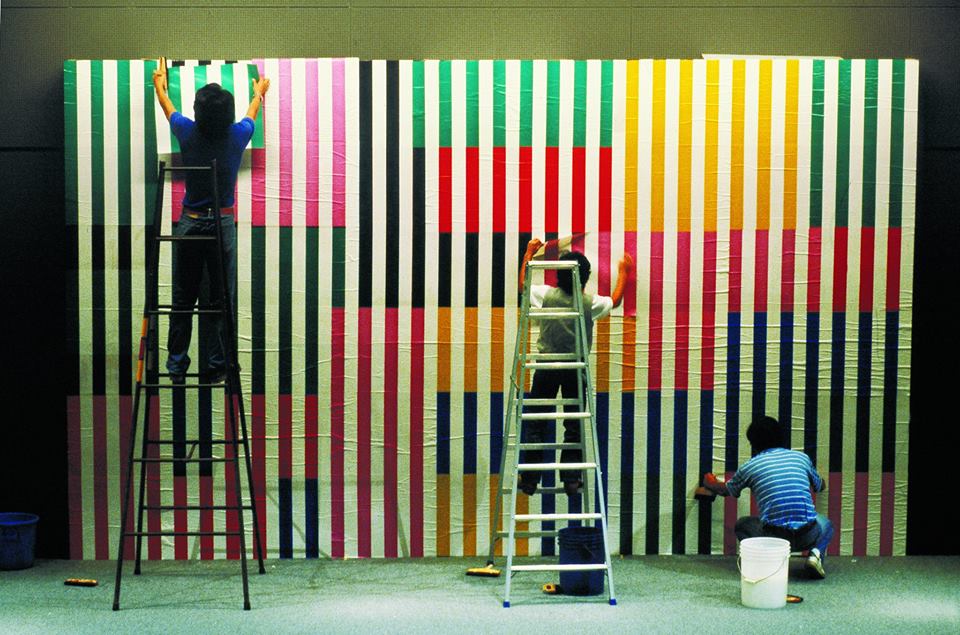 Bozar currently presents “A Fresco”, an exhibition showcasing the work of French artist Daniel Buren, giving an overview about his decades-long practice and putting it into perspective by creating a dialogue with artworks by those who influenced Buren the most: Jackson Pollock, Paul Cézanne, Henri Matisse, Pablo Picasso, … This Saturday the artist, now 78, will be on site for his performance “Couleurs Superposées”, during which five actors create an artwork that will never be complete. 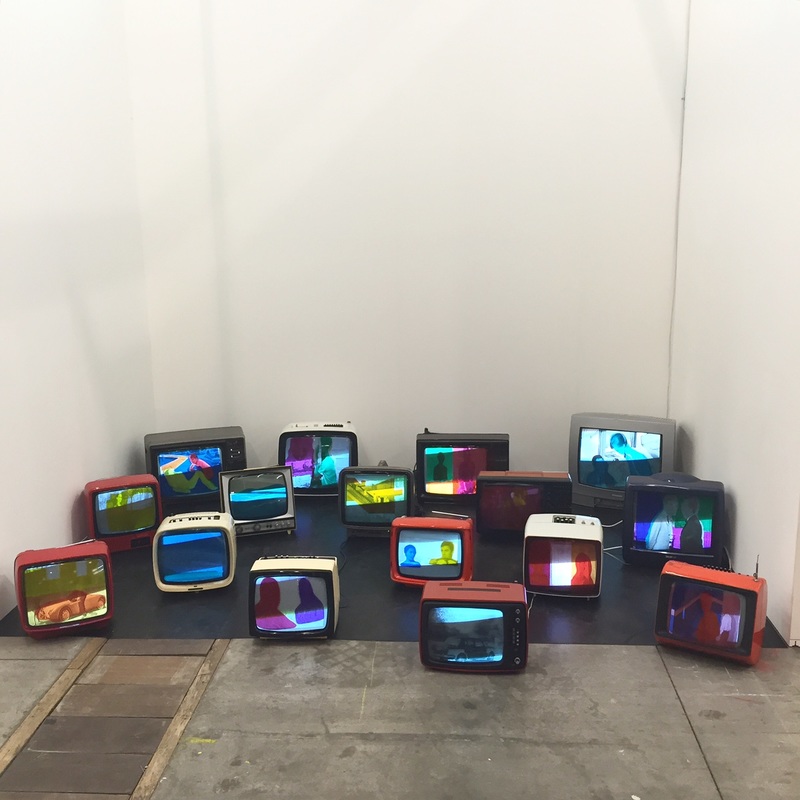 Frederic de Goldschmidt is one of Belgium’s most renowned and prominent collectors, and for the occasion of this week’s art fair frenzy he’s giving art aficionados the chance to get a glimpse of his vast and carefully curated collection. “not really really” unites three-dimensional works by 73 established and emerging artists, who tackle a variety of subjects but all have one thing in common: their works are created from functional objects and materials that have been stripped of their utility to propose alternate realities.   Plus, four more artists were invited to think up site-specific installations that interact with the building, a raw space that used to be a mental health facility. With works by Benoit Platéus, Joëlle Tuerlinckx, Andy Warhol, Oscar Tuazon, and many others. 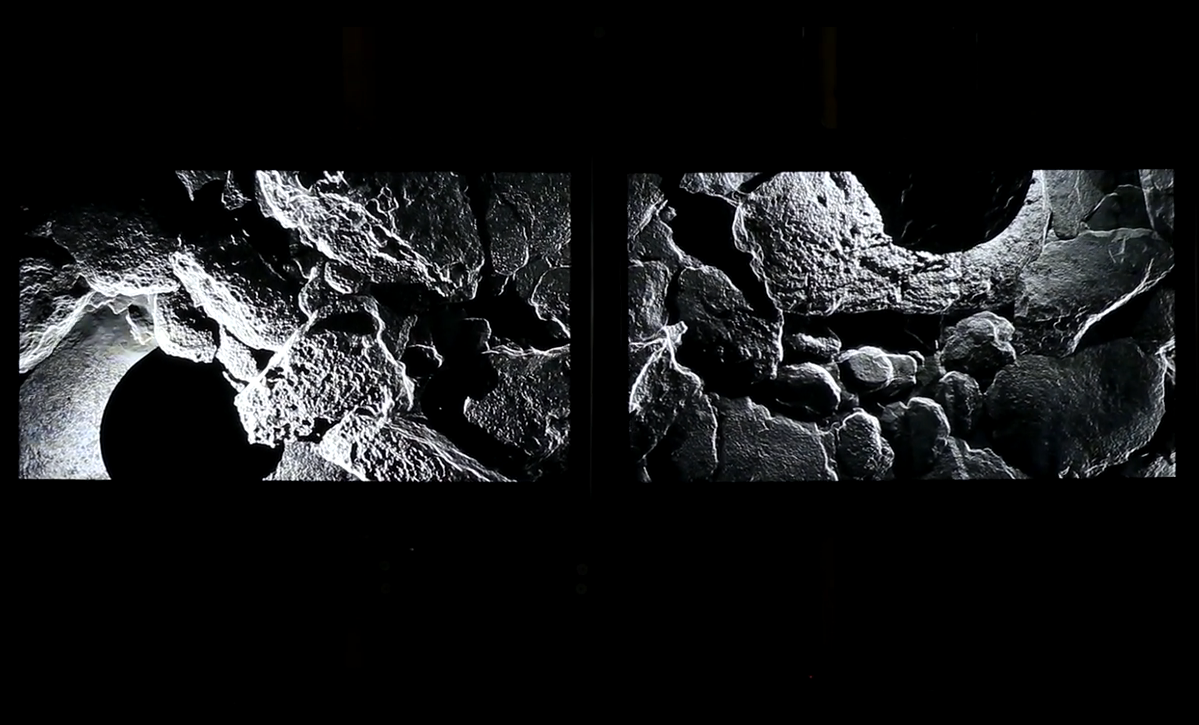 “Memory Lane” is a joint artistic effort by Félix Luque and Iñigo Bilbao that aims to investigate space, memories, and our perception of reality. Their massive, multifaceted audiovisual installation consists of different elements, ranging from large prints to videos, sound, and light sculptures. 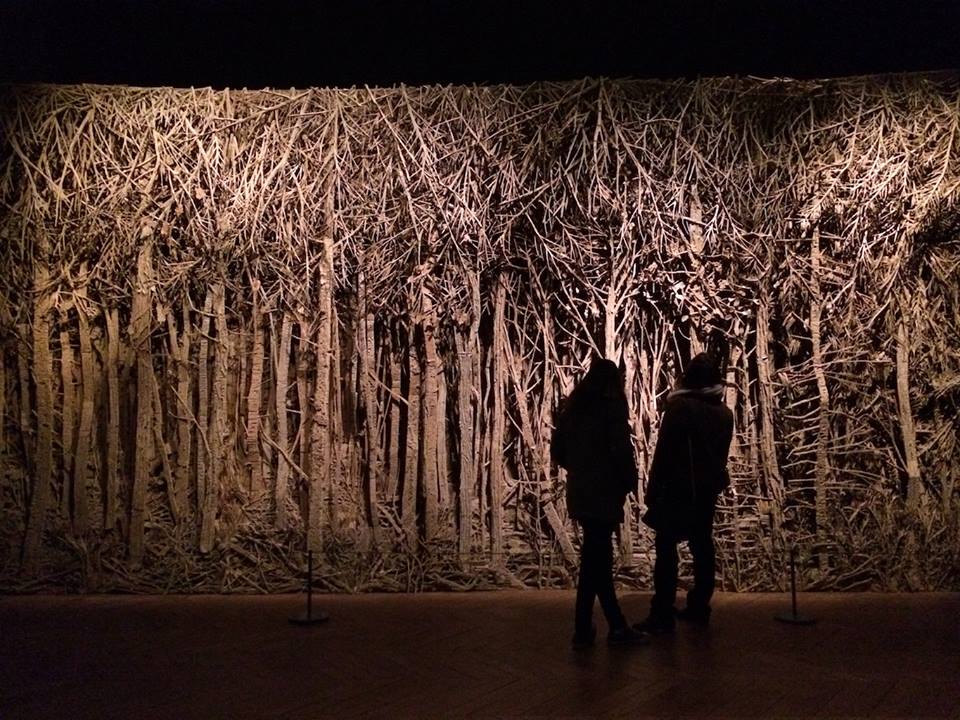 After having participated in Art Brussels several times over the years, Parisian gallery Suzanne Tarasiève decided to take a different path. This year it’s settling down outside of the fair in Ixelles’ Chatelain area, more specifically in Hangar 18, to bring you a massive group show that outruns a fair booth by far. On 250 square meters Suzanne Tarasiève presents major works by the gallery’s artists which include celebrated contemporary photographers Boris Mikhaïlov and Juergen Teller, Eva Jospin who is known for her mysterious cardboard forests, French painter Romain Bernini, and many many others. 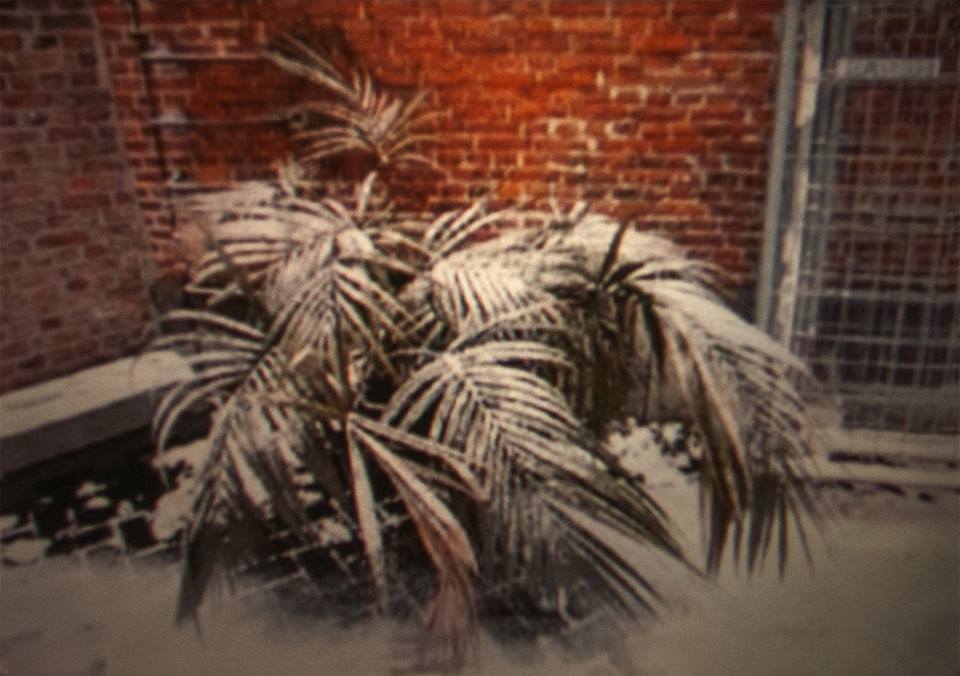 Artist-run organisation Greylight Projects, which wants to foster the development, production and presentation of contemporary art, has branches in both Brussels and the Dutch town of Hoensbroek. The Brussels space hosts not only exhibitions but also nine artist studios, and this week it’s all open to the public, giving visitors the chance to get a glimpse behind the scenes of artistic production while discovering a group expo as well as “The Chapel”, an ongoing screening programme. With Amélie Bouvier, John Ryan Brubaker, Marcin Dudek, and many others.

For “КОЛАПС” Belgian rising photography star Lara Gasparotto left her own camera at home and took on the role of a curator for Brussels art space Espace Moss, choosing to present the gripping works of Vova Vorotniov, a thirty-something Ukraine-born, Kiev-based photographer and former graffiti artist who Dazed & Confused once described as “Tumblr’s freshest”. Vorotniov, who also does urban interventions or t-shirt prints, not only aims his lens at post-Soviet Ukrainian culture, but also deals with universal themes such as identity and memories. “As an artist, I work on the margins of visuality. I don’t trust the image. Only if I want to be voluntarily hoaxed and mystified. I question and deconstruct powerful or well-known symbols. Discrediting symbolic tyranny is the goal”, he told Dazed. The artist will be present at the opening on 22 April. 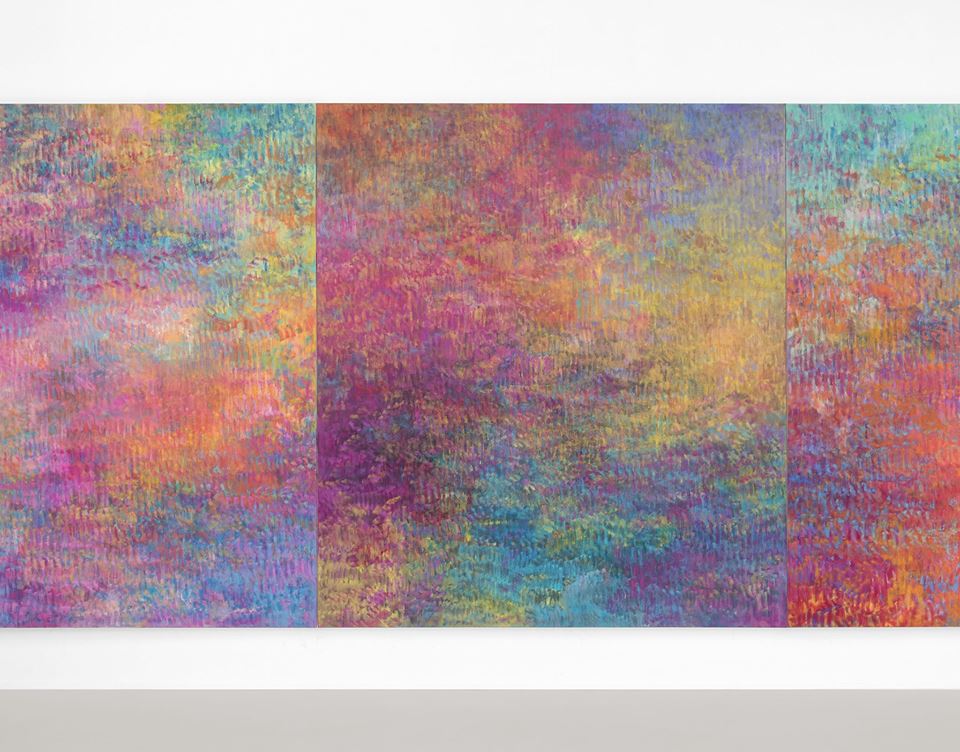 “So Far, So Close” is French artist Jean-Baptiste Bernadet‘s first solo show since joining Almine Rech Gallery last year, and it’s absolutely mesmerizing. While the exhibition presents pieces from three different series, the highlight is a panoramic installation of 12 paintings from his celebrated “Fugue” series: hung next to each other without any space inbetween, they almost merge together into one single monumental artwork, and make for a hypnotizing viewing experience that compares to the Monet room at Paris’ Musée de l’Orangerie. Bernadet’s “Fugue” paintings, which signify the central point of his practice, reveal his strong interest in colors, optical painting and the question of the nature of perception. “One of the reasons I work in series is that it enables you to build an environment which lets you be completely surrounded by the work and truly experience it”, the artist told us. 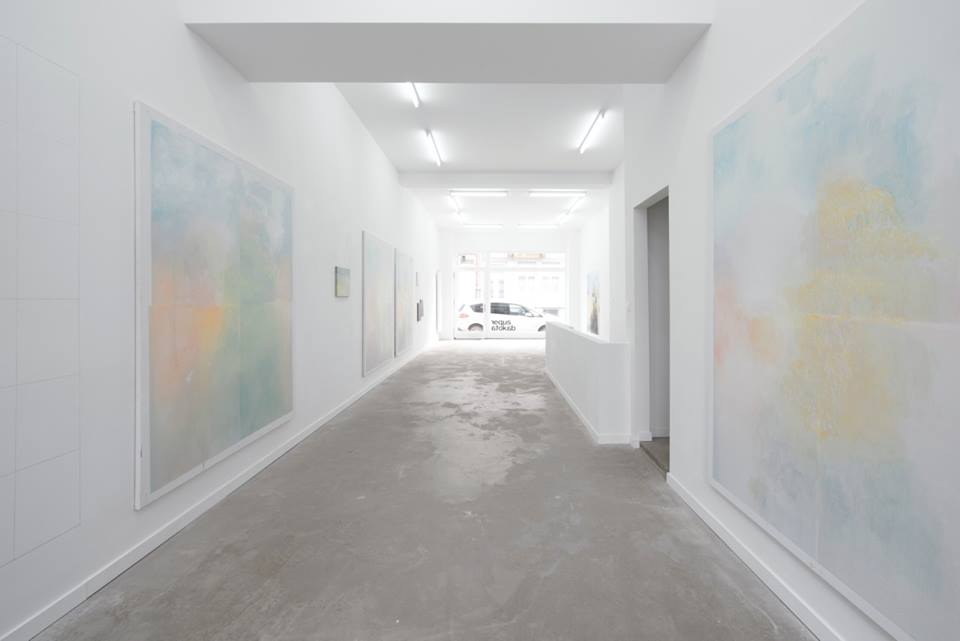 There are two reasons to stop by Super Dakota this week: not only because of Baptiste Caccia‘s sensual, large-scale, coloristic, poetic and almost impressonist paintings, but also because of the gallery’s newly opened video room that hosts “Aquina”, a film by Brussels-based artist Céline Gillain, who deals with the discrepancies between life on screen and life itself, our advertised lives and the happiness diktat that comes with it, and more.

15. The proof of the pudding is in the eating #2 at Kusseneers Gallery 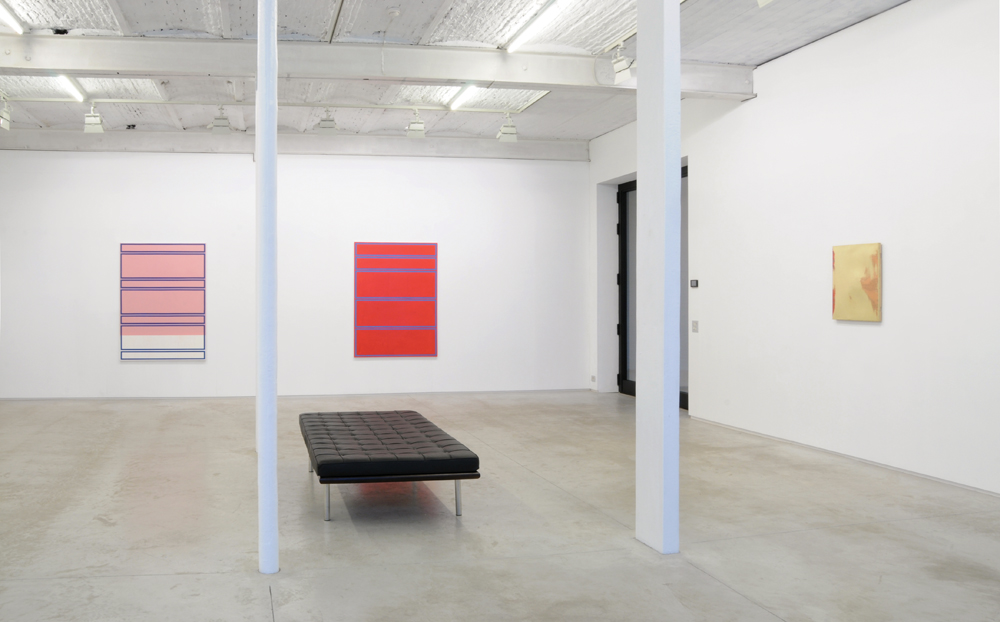 Kusseneers Gallery currently impresses with a group show solely focused on painting. “The proof of the pudding is in the eating” celebrates the medium as a whole while giving a great overview of different contemporary painting approaches. The exhibition both includes young and emerging and more established artists such as Cindy Wright, Vadim Vosters, Oliver Durcan and Julien Daffe.