New kid on the block #13: feeelings, an artist-run boutique in Brussels

Anouchka Oler and Camille Gérenton is the brainy duo behind feeelings, an artist-run boutique which opened this January and, to our knowledge, is the only of its kind in Belgium. The unique shop brings together pieces by about twenty international artists cherished by the two founders. Unlike a gallery it’s not about the actual artworks but other specialties created by artists, such as books, games, or all kinds of objects. Plus, feeelings also hosts lectures and other art-related events. The idea behind it all:  questioning our current lifestyle while at the same time being able to generate a certain income for the featured artists. We’ve had a little chat with Anouchka and Camille, both artists themselves, about it all.

How did the idea for the project come about? It’s quite a unique concept…

feeelings operates as a boutique but at the same time it wants to disrupt the codes and notions of business while generating an uninterrupted economy for artists. Friendship, affinity and tenderness are really important to us in all this. We have always talked a lot, as deep conversations support our understanding of the world we live in and confirm what friendship is to us. As we’re both artists ourselves, we often discuss the artist’s position in society, which has always been a complicated one. It’s difficult and problematic to carve one’s place out in the complexity of our current systems of power. It seems that today we’re being dominated by an ever-growing cynicism that structures a lot of institutional and private modes of operation. These structures of power are something we endlessly discuss because as we see it they infiltrate everything, even our intimacy. What triggered our desire to open feeelings is what we could call a positive rejection: proposing a counter-point – with our very own means – to what commands contemporary art today. Defying market laws and chauvinist structures, we thought of feeelings as a disruptive element that would be solely fuelled by the desire and pleasure we have by working with the artists we invite. 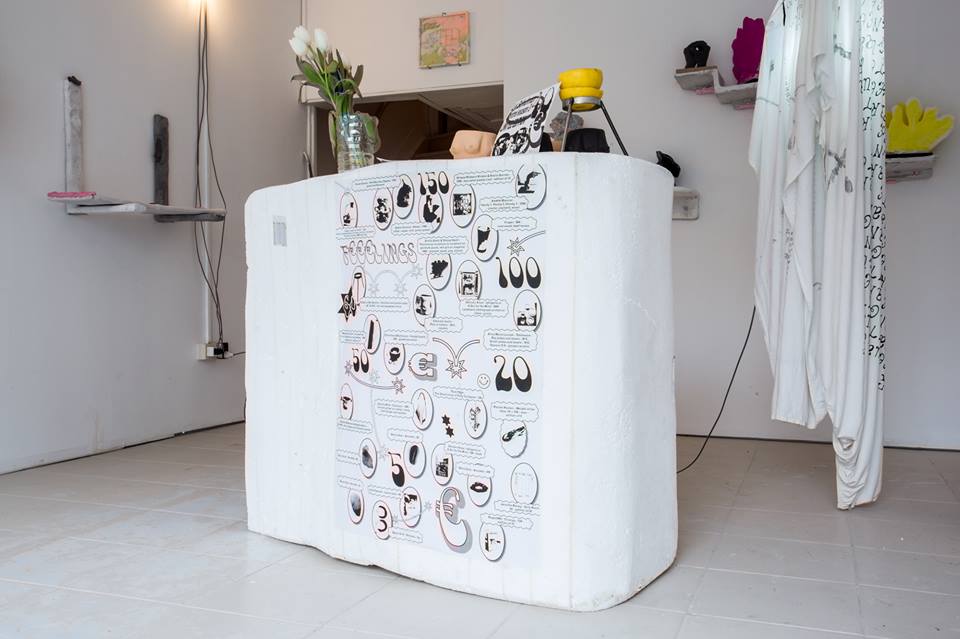 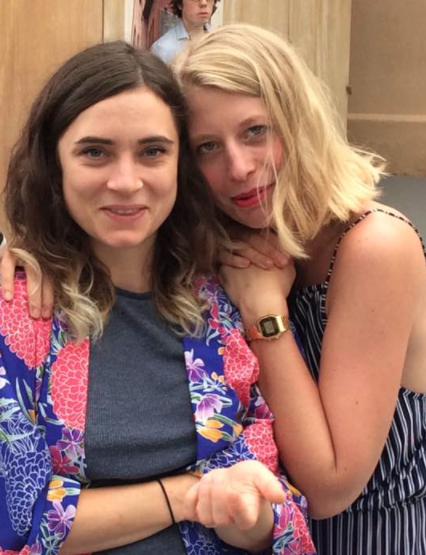 A tremendously complex step for us was when we made the project idea public for the first time by participating in a public contest. It was an open call for cultural projects by the city of Brussels. We submitted our project not wanting to see what it really was: a total misfit with our work ethics. But this allowed us to understand how and with whom we wanted to work. For example we thought the commercial aspect would be the core of feeelings but then we realised it was much more about the means of workings rather than the act of working.  We realised in the process how much we wanted to do it and that we wanted to do it without any financial support. We didn’t want to be defeated by these imperious notions of offer and supply, being really frightened going bankrupt. So if we break even, that’s enough. We are lucky that we found a space with a tenancy at-will lease which makes it affordable for us. It also came with four very rough months of renovation. We didn’t really realise how much work it would be. We were so tired that we just looked like two vampires who’ve put on a little too much make-up on the day of the opening. But now that we’ve been open for half a year, things have calmed down a bit. 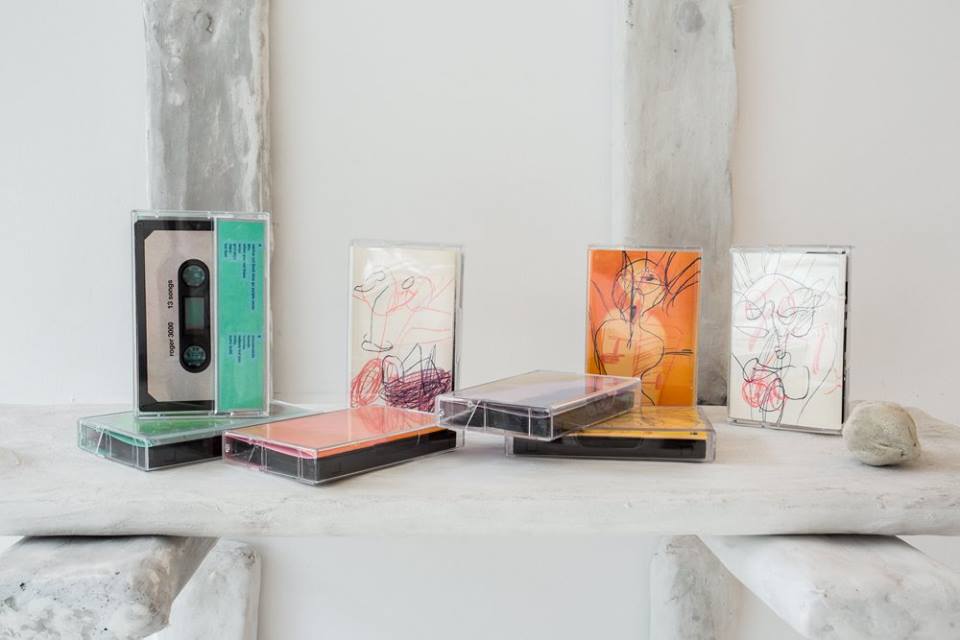 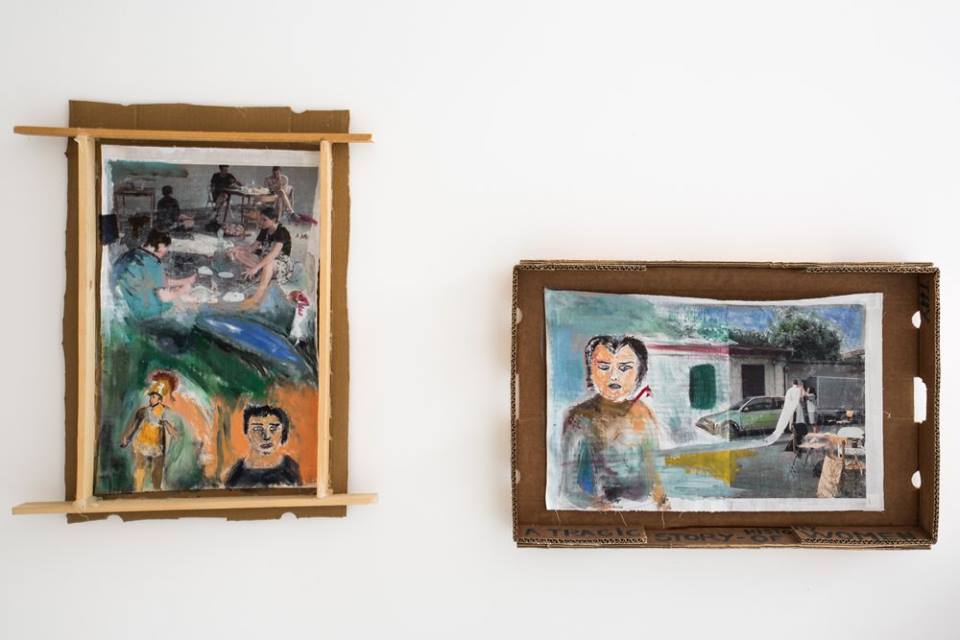 Why the name feeelings?

We like to think about feelings as energetic forces as opposed to the erratic and cheesy connotations the word usually evokes. Plus it could be the name for a hairdresser, a beauty parlour or a phone company, evoking a certain ordinariness, which we hold dearly. What also interests us in the name is the idea that feelings evolve and are fluid and porous. It is a completely honest name giving up on any idea of cynicism and revealing notions of delicacy, tranquility, trust, and confidence. This is what the core of the project is about: how to use emotional affinities to emulate new ways of working, producing, and living. In the shop we have a work by the artist Anna Maria Łuczak called Tableware for instance, a series of ceramic dishes. Anna runs the Peach art space in Rotterdam together with Ghislain Amar. The exhibition space is inside their flat which is why they often host the artists they invite. It is in this context, thinking about the idea of hospitality, that she created the tableware as a first attempt in ceramic-making. 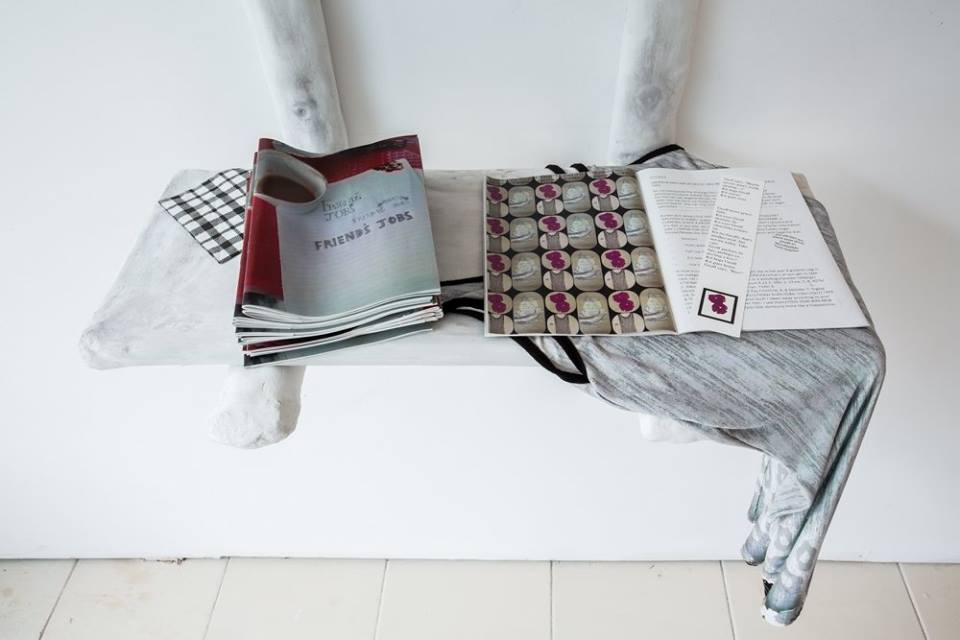 What made you want to open up your very own space in the first place?

What drove us was this simple desire of working with artists that we cherish and being able to have a space where we don’t need to do any compromises, and where we can experiment. Since the opening we have been inviting artists regularly to propose new objects for the shop. We offer each artist to host an event of their choice for an evening to welcome their proposition. It’s important to us to give them the freedom to do what they want that corresponds to their practice. For example we invited Jane Fawcett to do an instalment of her project “Friends Jobs“, a magazine gathering texts and images by Jane’s friends  addressing their relationship to their jobs and specifically the common situation of an artist balancing between a primary and a secondary job. For her event at feeelings, Jane invited David Doherty to open a bar in our backyard, channeling what every bar usually creates: a business, a social place, unexpected situations, conversations, affinities, encounters. It’s a very good example for why we’re having this space. The bar and feeelings have the same driving forces: a soft and slow reflection on how to live together, in the sense of living, talking, working, loving and supporting one another.

Open during events and on appointment